Throw on your skin, grab your chainsaw, and take a stroll in the moonlight with Leatherface. 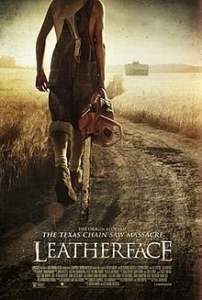 The man with the stitched-together face made of other people’s skin is back in the all-new 2017 film, Leatherface. Once again, the Saw is unleashed in an unencumbered, off the rails, extravagance of blood. Everyone’s heard the saying, “You can’t pick your family.” But in this franchise “The Saw is family.”

Leatherface is an insanely mad and macabre prequel to the Texas Chainsaw Massacre series. But more so, it’s a vamped up assault on your nerves.

The film is directed by Alexandre Bustillo and Julien Maury, based on the characters created by Kim Henkel and the late, great master of horror, Tobe Hooper. The film stars Stephen Dorff, Lily Taylor, Sam Strike, Vanessa Grasse and Sam Coleman. 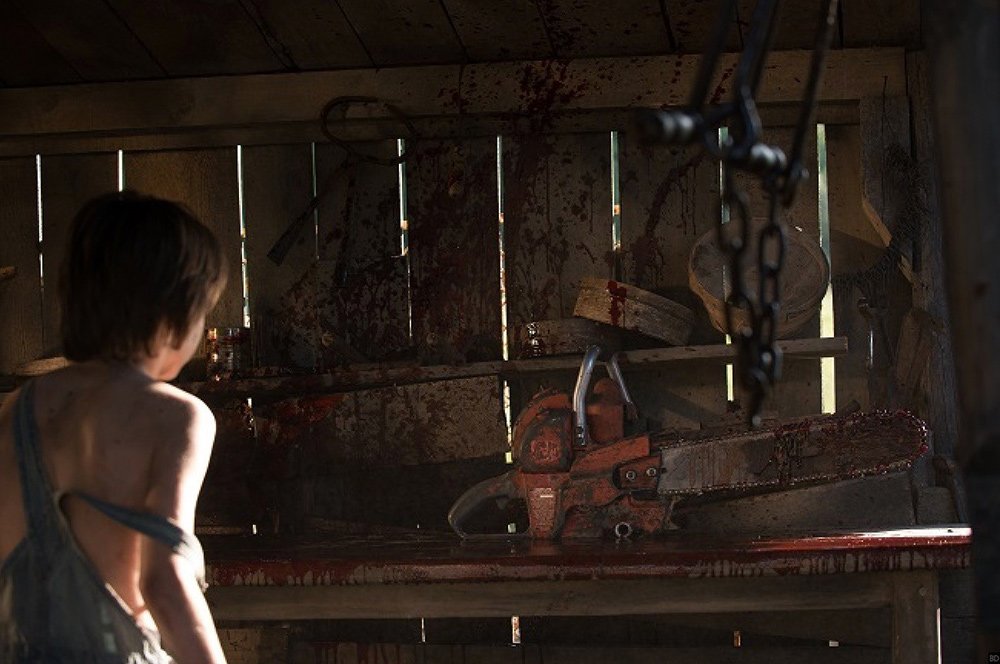 As I tend to do with most of my favorite horror film franchises, I like to go in blind, having steered clear from trailers or any other potential spoilers. I find it best to have an open mind, and not jump to judgments right off the bat. Needless to say, I was ultimately pleased with how this gore-doused film played out.

I will say up front, in my opinion, LEATHERFACE is the series’ worst release to date. However, that being said, the film was more than one could have ever hoped for, being the 8th film in the franchise. It was a mesmerizing exploration of how certain circumstances and experiences can completely transform and mold one’s life. I’m sure it’ll grow on me over time, as have the previous films from this franchise. 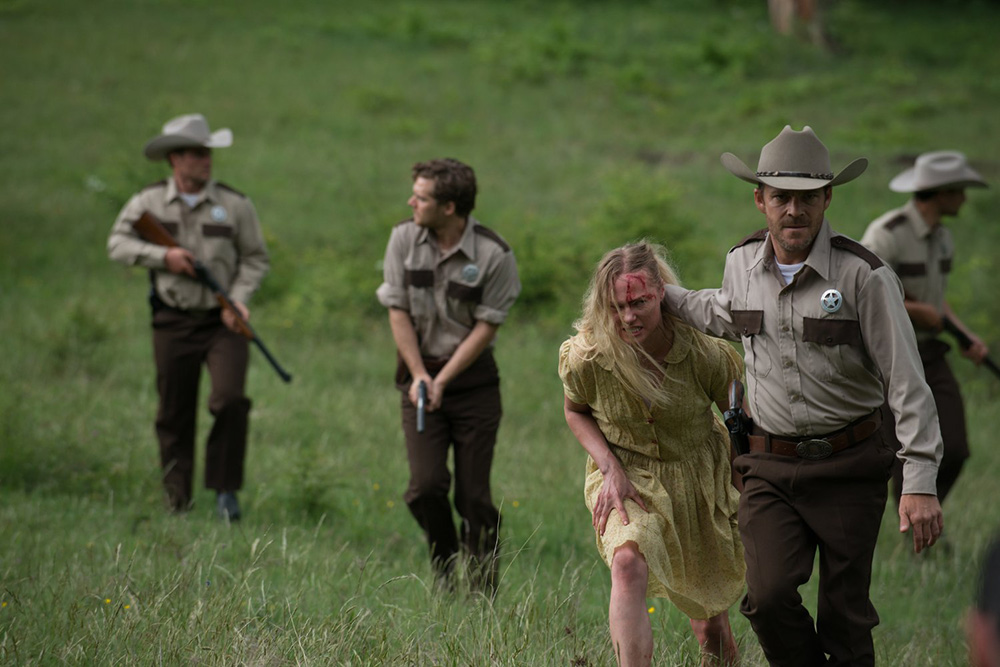 After his daughter is found brutalized and disposed of via the Sawyer family, Sheriff Hal Hartman (Dorff) vows to put an end to the Sawyer family’s murderous ways once and for all. Following the death of the girl, Jed Sawyer aka Leatherface, an unfortunate victim of his family’s own morbid tendencies, is ripped from his home and placed into a mental asylum under a new name.

Succeeding in a bloody escape, thanks to help from his mother, Jed and three others take a nurse hostage and embark on a one of a kind, murderous road trip. This is where the film gets a little tricky. I’m not sure exactly how they landed on the story path the film took, but it felt serpentine and groggy, as if they were only half conscious when they made the decision. The story is a bit all over the place, like sleep walking: half in reality, half out. 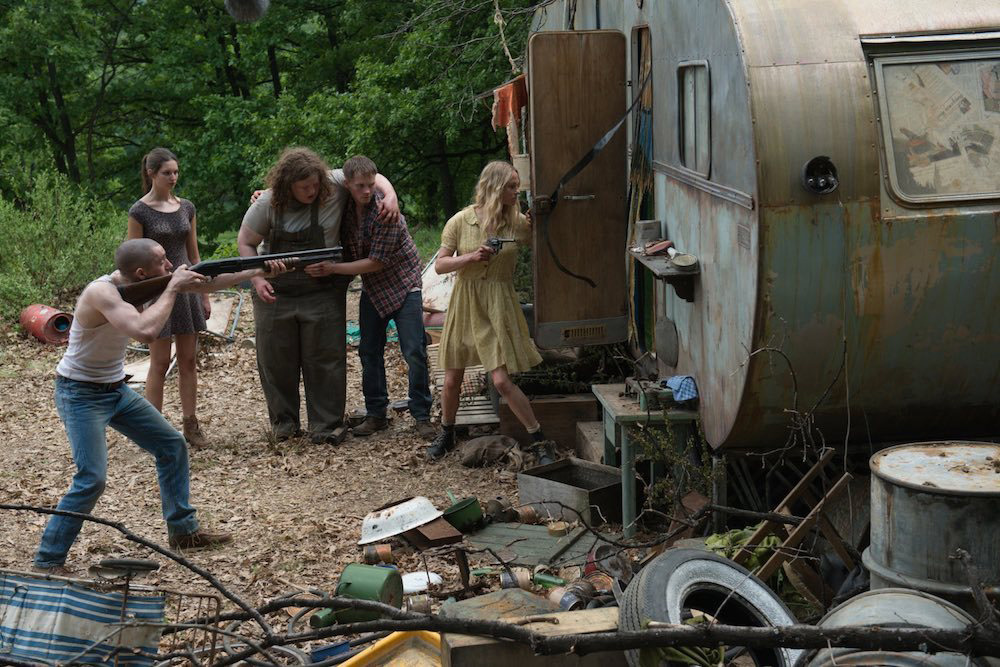 Unlike most horror films, LEATHERFACE unfolds in a different direction, other than what seemed to be the clear cut path. And that’s where it might lose a few viewers and fans. It was almost as if they had a hard time depicting the road to travel, and simply flipped a coin. That was one of the few things that clawed at me like a fevered feline.

There were a few other qualms I had with this film, as some of the effects just did not sit well with me — especially in the scene where they showed a female burn victim without a shirt on. I understand it was intended for shock value. However, it came off as a desperate attempt and a strenuous stretch for a gasping audience. The stagnant use of blood and the lack of details in the costume department were also a couple of the other areas I felt could have been tended to a little better. 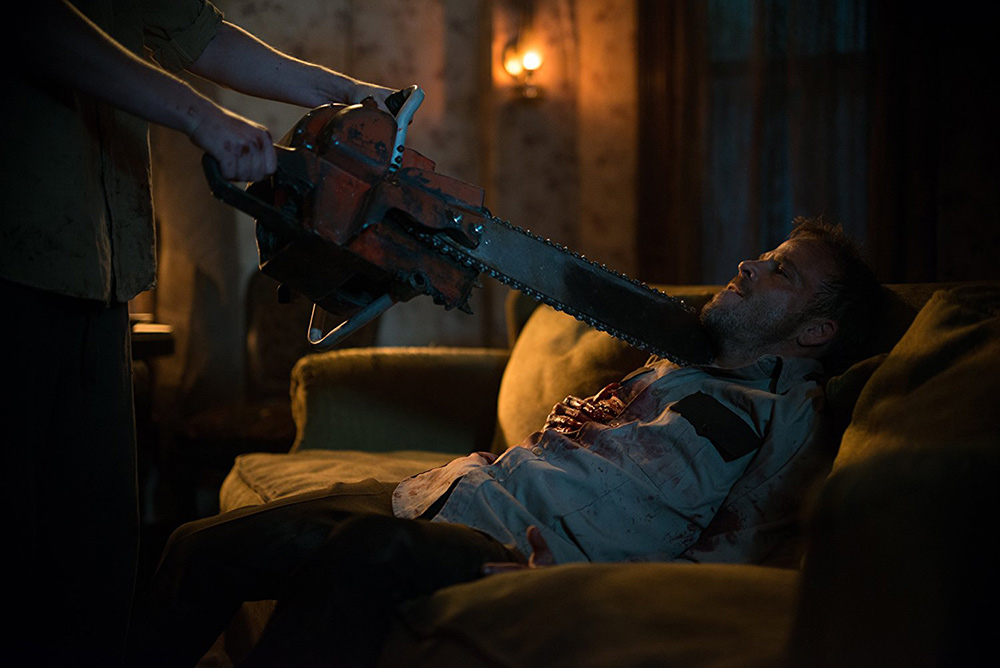 On the other hand, the acting was phenomenal. It wasn’t overly strong, nor did it lack the stealthy punch it needed. Every character was fairly played, including Vanessa Grasse’s portrayal of the innocent nurse, Lizzy. Also, the acting of Stephen Dorff and Lily Taylor is what really leveled the field. Dorff was great as the “villain” of the film, playing the demented and determined Sheriff.

And Lily Taylor, I felt, was the glue that held the film together, giving one of her best performances to date as Leatherface’s diabolical and sinister mother, Verna Sawyer. 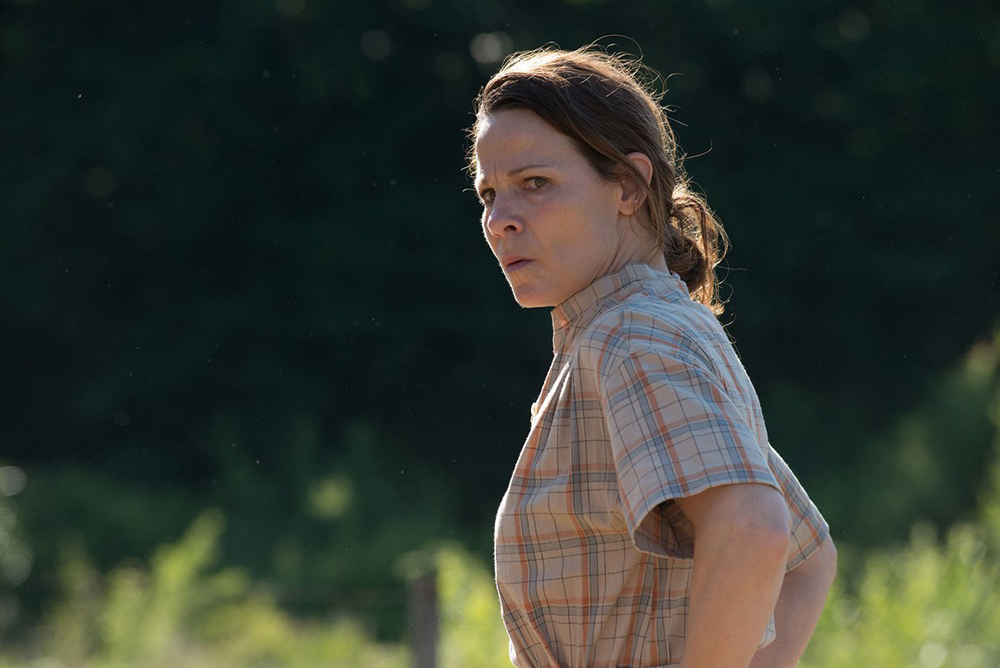 Nowadays, the intent is to put forth something so bizarre, vile and bloody that it makes up for any ailments the film might have. I usually say the more blood the better. However, it has to be in good taste in order to hit the desired bullseye. At times, it felt as if the filmmakers just threw blood at apparent problems, figuring it would mask any trouble that presented itself, rather than addressing and finding solutions to those issues.

While those semi-new style of films are entertaining, watching something that has more of an intricate plot or storyline is a lot more interesting than buckets of blood. Don’t get me wrong, I love copious amounts of gore, but let’s go heavier on quality and less on the shock factor addiction that seems to be sweeping through theaters.

The film feels a bit under the weather and choppy in parts, as it zigs and zags, tossing you all over the place. It was attention grabbing, however, and very enjoyable. Yet it could have been a lot better, despite being a very fulfilling finished product. It was the best sequel/prequel one could have hoped for following the other exciting films in the series.

Overall, Leatherface is a grisly and applicable addition to the franchises legacy. Total teeth grinding fun. It’s a bit of a hit or miss film, as some fans are bound to detest it, which is understandable. However, if you’re a humongous fan of this series, don’t miss out on this or you’ll regret it.