Exclusive Interview with Seth M. Sherwood, Plus a Leatherface-Inspired Movie Marathon Recommendation From the Talented Screenwriter

Anyone reading this site is familiar with THE TEXAS CHAINSAW MASSACRE.  Tobe Hooper created a classic tale of terrifying depravity, of ragged, dusty despair and bleak, sun-baked realism. With an act like that, how could you follow? More importantly, how could you come before it? Seth M. Sherwood is the writer of LEATHERFACE, the origin story of the main monster in the TEXAS CHAINSAW franchise. We took him aside and asked him that, and many other questions about his film.

What’s the first horror movie that really inspired you?

I feel like every time I am asked this, I give a different answer. Truth is, I saw tiny bits of so many things I shouldn’t have at an early age that stuck with me. Obviously they made an impression because I still remember exactly where and when I was when I saw them— THE DEAD ZONE, THE ELEPHANT MAN, DRESSED TO KILL, PSYCHO 2, THE HOWLING and countless VHS covers at the video store.

As for the first horror film that inspired me to be creative in a filmmaking capacity, I’d have to go with A NIGHTMARE ON ELM STREET. I was terrified by the trailer when it was on TV when I was in second or third grade. But then in high school, after a night of binge watching all of them, my friends and I decided to start shooting our own horror film. I wrote it (15 pages!) and we shot two, maybe three scenes. We petered out because I was bothered by the fact that as teenagers, we were playing adults, and that wasn’t something people could look at and accept. I was clearly taking it way too seriously. 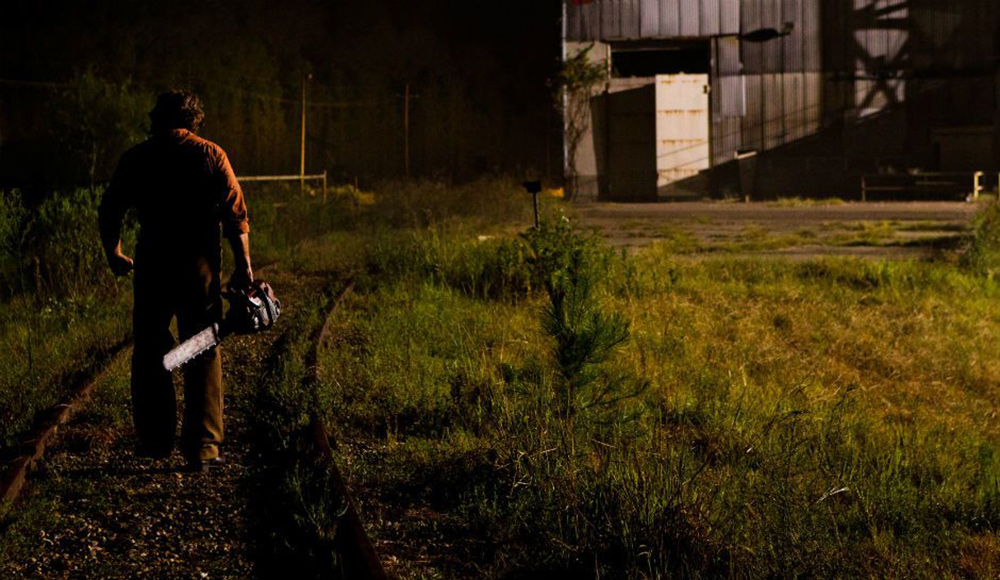 There’s obviously some challenges to writing a prequel to such an iconic story. What are some of the biggest challenges you experienced? Are there any pitfalls you’ve seen in other prequels/sequels that you wanted to avoid?

I can answer both questions with one response: THE PHANTOM MENACE. That’s pretty much the gold standard of what not to do. Don’t just take your heavy, remove the mask and make him a cute kid and wonder what went wrong. Don’t ignore what has been established, but at the same time, don’t pander to it.

The biggest mistake a prequel can make I think is to exist purely as a set up to service the well-known original story. Obviously you need to work toward it, but you need your own story and drama. I had the benefit of knowing I could end my story and still be a decade from the original TCM [TEXAS CHAINSAW MASSACRE], so as long as I didn’t do anything too destructive to continuity, I could get away with a lot. 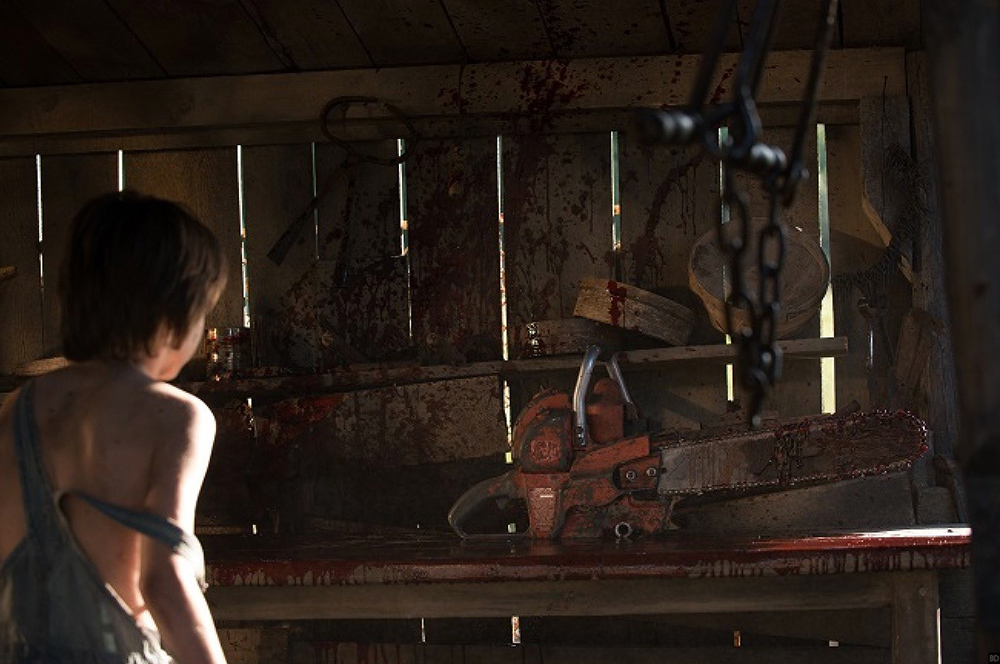 How do you try to make this story your own?

Again, I was lucky. I had a lot of freedom. I had to use a few key characters (Leatherface and Verna Sawyer) and dovetail in the direction of the original. Beyond that, I could do what I want. The rest of the characters and the plot were mine to come up with, and therefore, I would have my thoughts and fingerprints all over the place.

Why do you feel drawn to writing horror movies?

I’m actually a fan of other genres— scifi and crime especially. Horror is what I was known for first, and it tends to be the genre I’m offered jobs in— but what I love about it is that it actually gives you a lot of freedom to play. It’s a genre so full of different styles and sub-genres that you could do almost anything. It works so well with symbolism and allegory that you can really tell a story that’s about something, and hide it inside a fun horror story that has the ambience and blood and suspense that ensures it will make an impression.

One that mixes in some flavor of another genre to do something unexpected— ALIEN is a great example.

What do you think is the future of horror movies? What’s the next big thing?

I couldn’t say for certain what comes next— I personally would love a return to the poppy FUN horror film. The kind I stayed up late watching with friends or snuck into the theater to see. The kind where you LAUGH and SCREAM as a group. I think SCREAM was the last great film with that tone. It obviously inspired a decade of knock-offs before J-horror and the Blumhouse model came onto the scene. I’m currently attached to three different projects that live in this space. 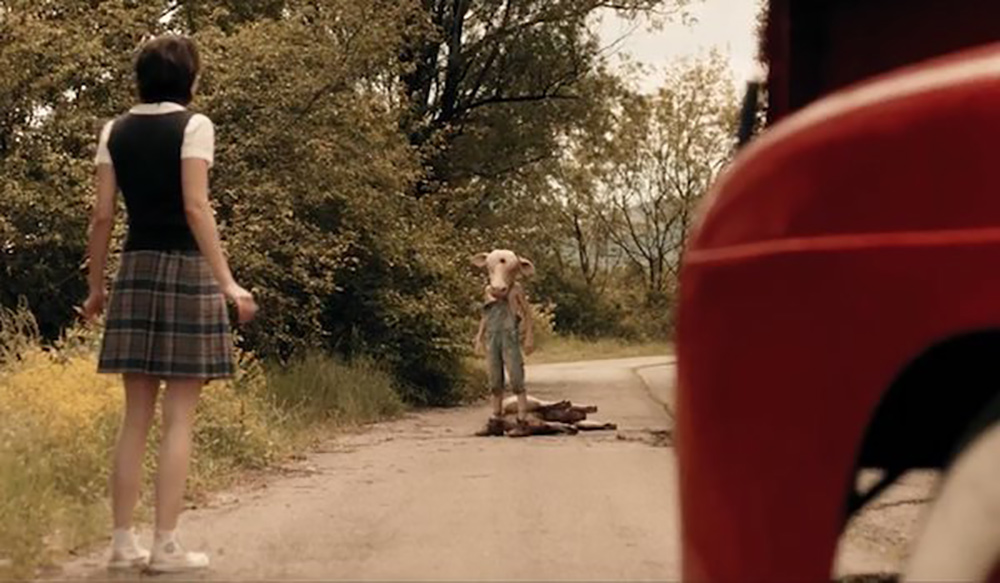 Has working on the Texas Chainsaw Massacre series changed the way your approach your own stories?

I don’t think working on it changed my work, but I think the original trio of films are so deep in my creative DNA that they made me a good fit for the job.

The horror community recently faced a significant loss with the death of Tobe Hooper. Can you talk about your experience with him or the way his work has inspired you?

I didn’t have the pleasure of ever meeting him, but like Wes Craven, he was able to really impact the horror scene by causing a paradigm shift on two separate occasions. He and Craven are the only people who I think redefined the genre as a whole more than once. Craven with A NIGHTMARE ON ELM STREET and SCREAM, Hooper with TCM and POLTERGEIST. Tobe was so low key compared to other horror icons, I didn’t realize how many of his movies I’d seen and loved as a kid not knowing they were from him. Those big paradigm shifts though— those movies inspire everyone. That’s why they stand out.

Can you tell us what you’re writing next?

Next up is a movie called HELLFEST that I’m doing with CBS Films and Gale Anne Hurd’s Valhalla Motion Pictures. Basically, imagine if mixed in with all the fake monsters and killers at Universal Horror Nights, or Knott’s Scary Farm, was an actual killer. We’re pretty close to getting started with Gregory Plotkin as director.

LEATHERFACE, written by Seth M. Sherwood, will be in theaters and On Demand October 2oth. I also asked Seth to create a Leatherface-inspired movie marathon for us, pulling together five films that inspired or influenced him when he was writing the script. Click here to check out Seth’s LEATHERFACE MOVIE MARATHON!