An in-depth interview with actress, iconic scream queen and funny lady Lin Shaye discussing her impressive career in and out of the genre (part 2 of 3).

Editor’s Note: Our newest writer, Billy Stamper, had the pleasure to sit down with talented and versatile actress and horror icon Lin Shaye. In part two of his three-part interview with Shaye, he talks to her about some of her most memorable roles in and out of the genre, including her work with beloved genre filmmaker Wes Craven. 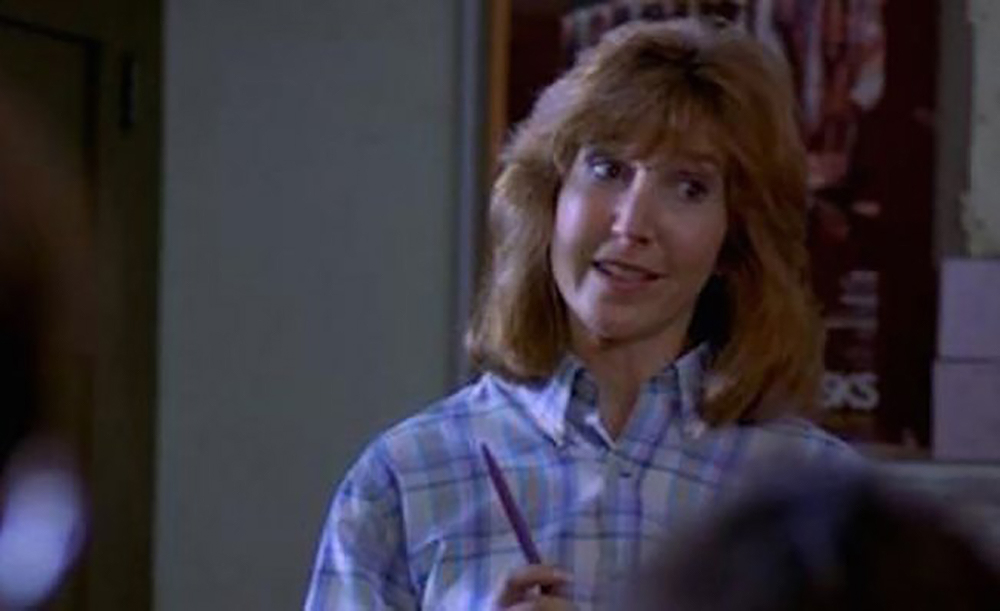 Billy Stamper: Years ago, you had a small role in A Nightmare On Elm Street as well as Wes Craven’s New Nightmare. Was working with Wes Craven your first role introducing you into the world of horror movies?

Lin Shaye: Actually, I think that it was. I’m not sure if you’re aware of this, but my brother is Robert Shaye. He’s the founder of New Line Cinema. He founded it in his living room in New York City on 1st Avenue and 13th street in 1968. Because I was actually living with him at the time, I was in school at Columbia. We’d joke and say, “I lived in the mole hole,” because it was a railroad apartment.Bob was a Columbia law school graduate, a full bright scholar. He had just come back from Sweden for 2 years, and he decided to start a company.

Literally, I remember the first day he brought home the stationary a friend of his designed that said “New Line Cinema”. He borrowed like 60,000 dollars from my Dad to start the company. At first they were a distribution company primarily, and he acquired three movies. One was The Virgin President. The other was called The Witch of Positano. And the last one was a Czechoslovakian film called Martyrs of Love. He got the rights to them and began distributing them to university campuses and to the art theaters. 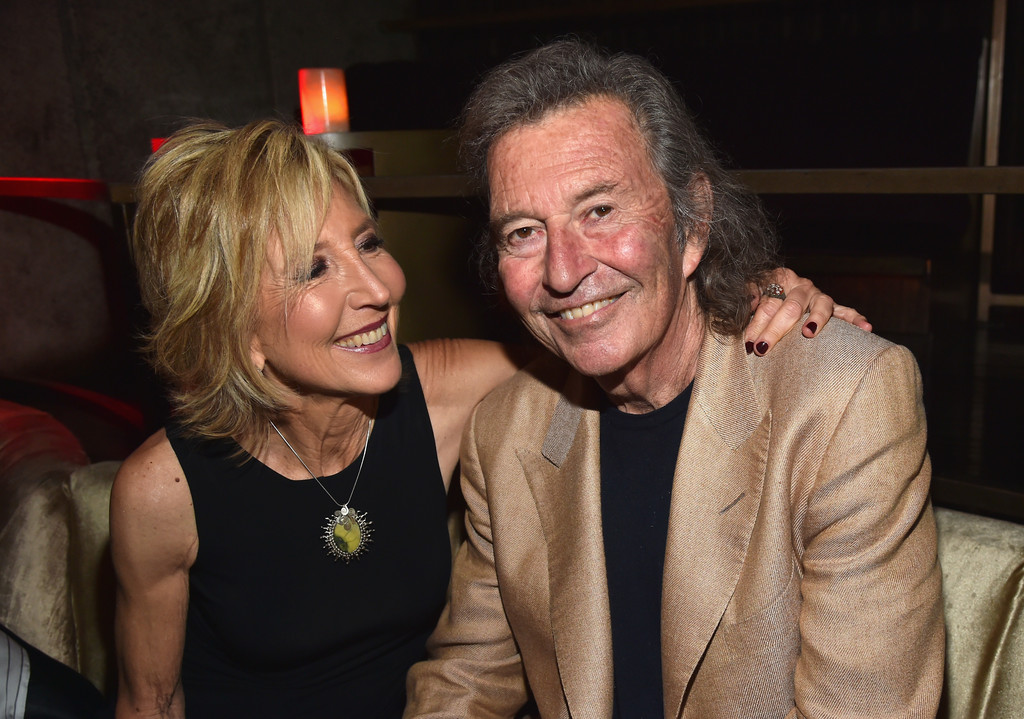 But with A Nightmare On Elm Street, Wes Craven brought the project to Bob. Bob said, “Sure we’ll do it.” They had no idea if it was going to work or not. It was really their first venture and, yeah (laughs), I got invited by the producer to play the part of the teacher. So it was my first outing. Bob has been really generous with me. Giving me little opportunities here and there. A lot of the earlier work I did was New Line.

However, working with Wes Craven was wonderful. He was always a warm, gentle guy. He was very present when he would be talking to you. You felt he had so much warmth that came from him. You felt safe. He really encouraged you by being that way to do your best. It was wonderful. Nobody knew how famous that film was going to be. Or what it would become in that genre. I feel very proud to be a part of it. 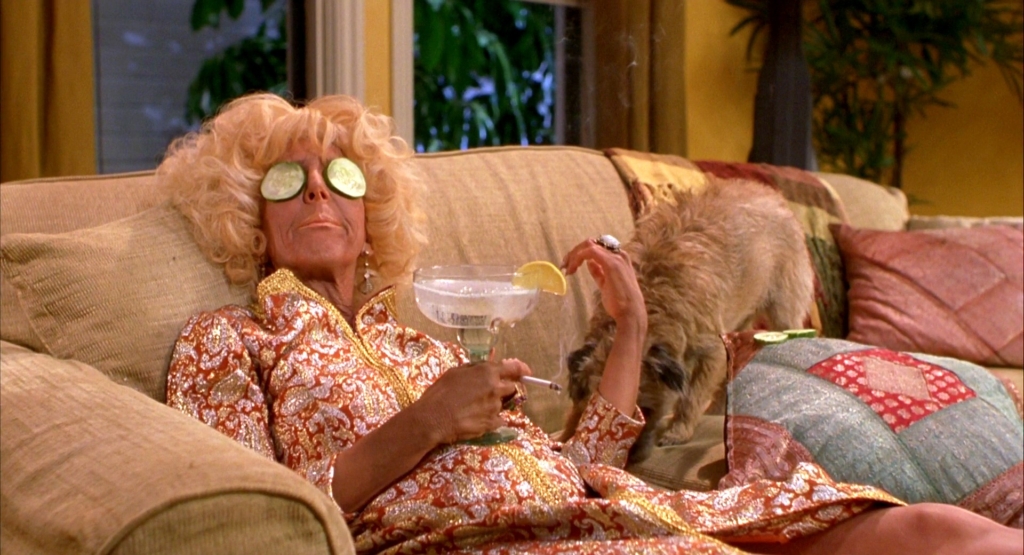 BS: I got to see Wes Craven film Scream 4 when he filmed it in Northville, so I totally get what you mean by his presence. He was a wonderful man. So a change of genre (laughs). I would like to ask a silly question about There’s Something About Mary. When it comes to the scene where you are vacuuming the living room from that speed that was thrown in your drink, I’m curious as to how you lifted the couch up.

LS: (Laughs) It was all on a rig, so they had taken all the bones out of the couch basically. It was on a lift, so I wasn’t really wasn’t doing the lifting. Kind of a little crane set up, that was operated by one of the crew. It’s a great scene. I love it too, Cameron sold it. I remember that was part of the thing, she had to sell how heavy that couch was when she went to put it down. I remember when I jump on the couch to vacuum it, Pete didn’t want me to do that. I said, “Are you sure? It’s funny, I’m out of control.” Pete said, “No no no,” and I said, “Come on, just let me do this” And, of course, he ended up letting me do it. So those kind of things gives you confidence in what you know. I knew that would be funny, and it was. I’m grateful he listened and let me try it. 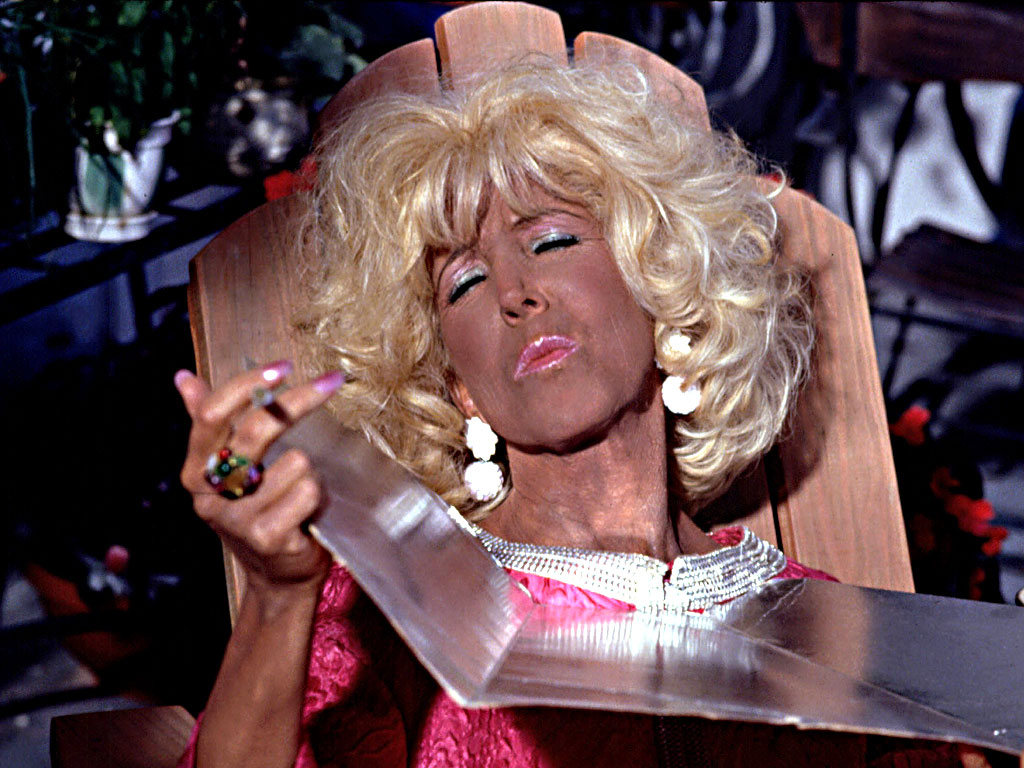 BS: Is it hard as an actress to make people laugh?

LS: No (laughs), it actually is not. I’m pretty funny. I see life with a lot of cynicism and a lot of commentary in general. I’ve gotten clear about what my qualities are in terms of my personality, both work wise and generally with people. I generally have this good sense of humor, and I see this humor in me. There are people that don’t see the humor in anything. My mom was very funny too, and I mean not funny as in joke tellers. I’m not a joke teller. It’s really a perspective on life. I believe I did get that from my mom.

BS: What a wonderful trait to have, Lin. Mothers are the best. Which comes to my next question about one of my favorite mom roles, Mrs. Bruce in Detroit Rock City. What drew you to that role…and were you a KISS fan? 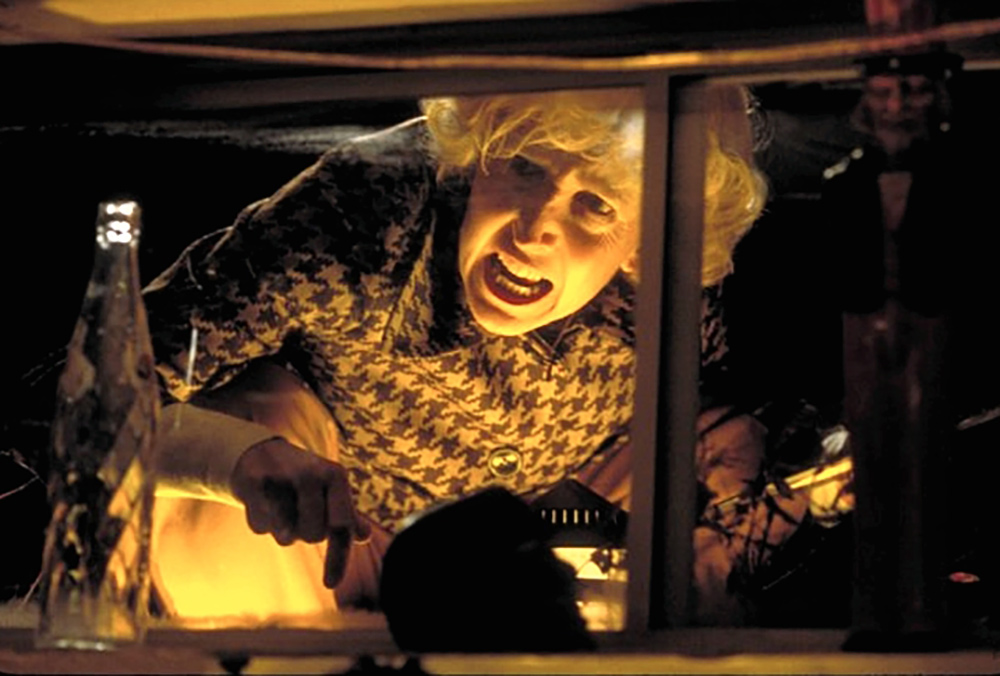 LS: No not really. It was a New Line project, so it was my brother’s company who was producing it. I remember at my audition, because Tim reminds of this, he and Barry Levin were sort of the two on-set producers. Valerie McCaffrey was the casting director, and I came in to read. I came in kind of looking like Hitler — I did that sort of comb-over with my bangs. Tim reminds me of that often. So I just auditioned, and I got the part.

I don’t know how much of that was because of what I did at the audition, or how much of a leg up I got because I was Bob Shaye’s sister. It all plays in. Nepotism is fine in my opinion, as long as you got the goods to back it up. If Bob wants to convince someone to pick me for a project, I’m fine with that (laughs). I have no shame — I just hope I deliver. That’s my part of the job.

BS: Such a fun character Mrs. Bruce was in her ways. I’d actually love to go back in time for a minute and ask you about your character Sally in both Critters 1 & 2 and what it was like working with two phenomenal directors, Stephen Herek and Mick Garris. 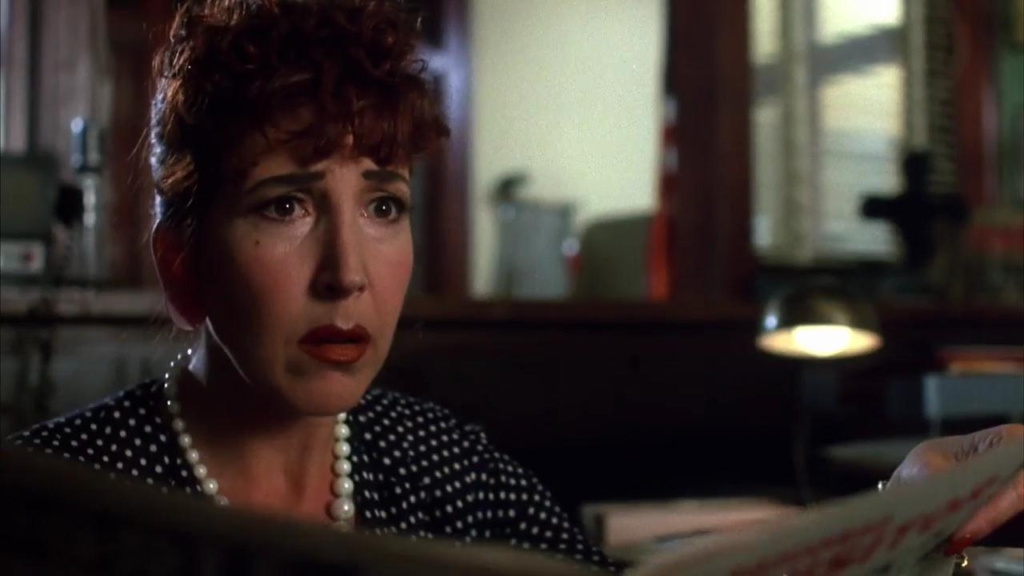 LS: It’s really about communication and kind of gentility. The best thing you can and be when you work is a good team player. In Critters, Emmitt Walsh was my scene mate basically, and he was wonderful. Then Barry Corbin played the sheriff in Critters 2.

Mick was wonderful. It was his first film, so he had all kinds of nerves I’m sure to deal with. Also, I think it was a little tricky for him because I was Bob’s sister on some level. Although that didn’t make any difference to me, because I come in to be a part of it and do my very best.  I don’t care who I’m related too, to be honest. Other people can be intimidated. I don’t think Mick was intimidated, but I know he was aware.

I love Stephen Herek. I don’t even know where he is or what he does today. But I had a great time with both Critters films. I love the character Sal, she was a great character.

Stay tuned for part three of this in-depth interview with actress Lin Shaye where Lin talks more about some of her most memorable roles, working with film icons like Jack Nicholson, and who her personal acting inspirations are.