Ben Hanscom is the sweet, sensitive fan favorite of Stephen King’s “IT” — bullied for his weight when young, it’s his huge heart we can’t help but love. 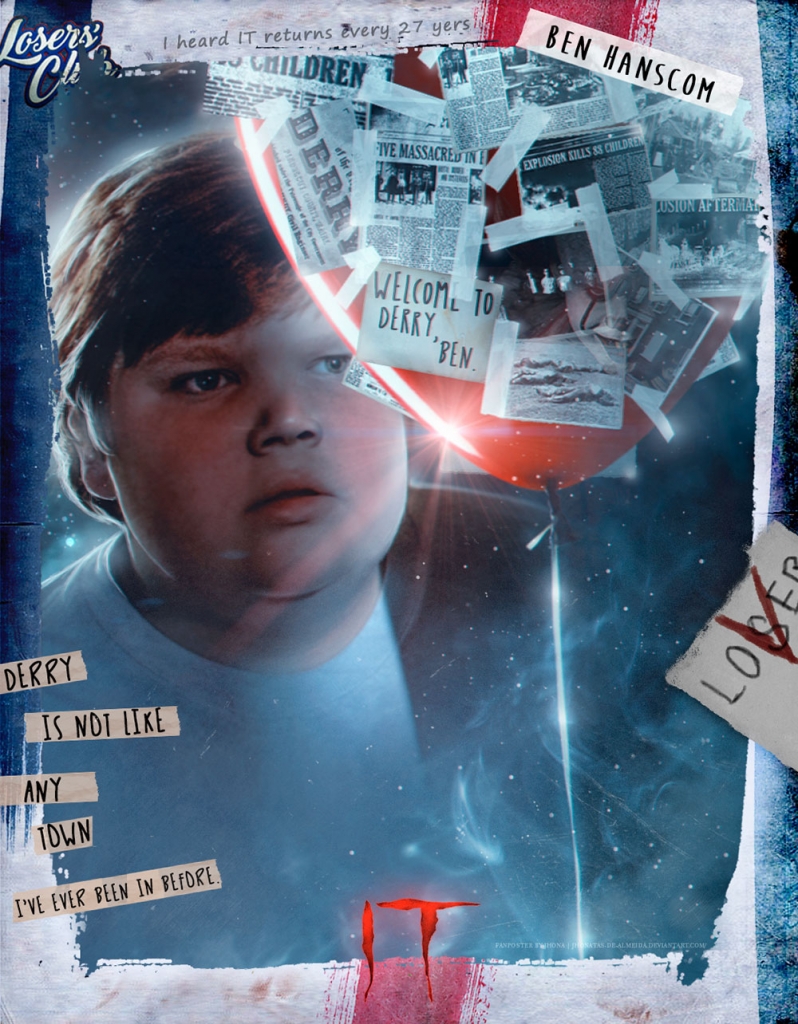 Ben Hanscom is an impossibly soft boy whose demeanor contradicts the very idea of careless boyish behavior. As a child, Ben is pensive and wise beyond his years in both the novel and It: Chapter One. He’s a lonely child, the son of a single mother, who spends most of his time in his head before he meets the greatest friends he will ever have. His genuine sweetness and weight lead him to be a target for bullies, mainly Henry Bowers and his degenerate ilk.

Ben’s nature is in sharp contrast to Bowers’s violent ways, and when push comes to shove, Ben can and will defend himself and those that he loves. 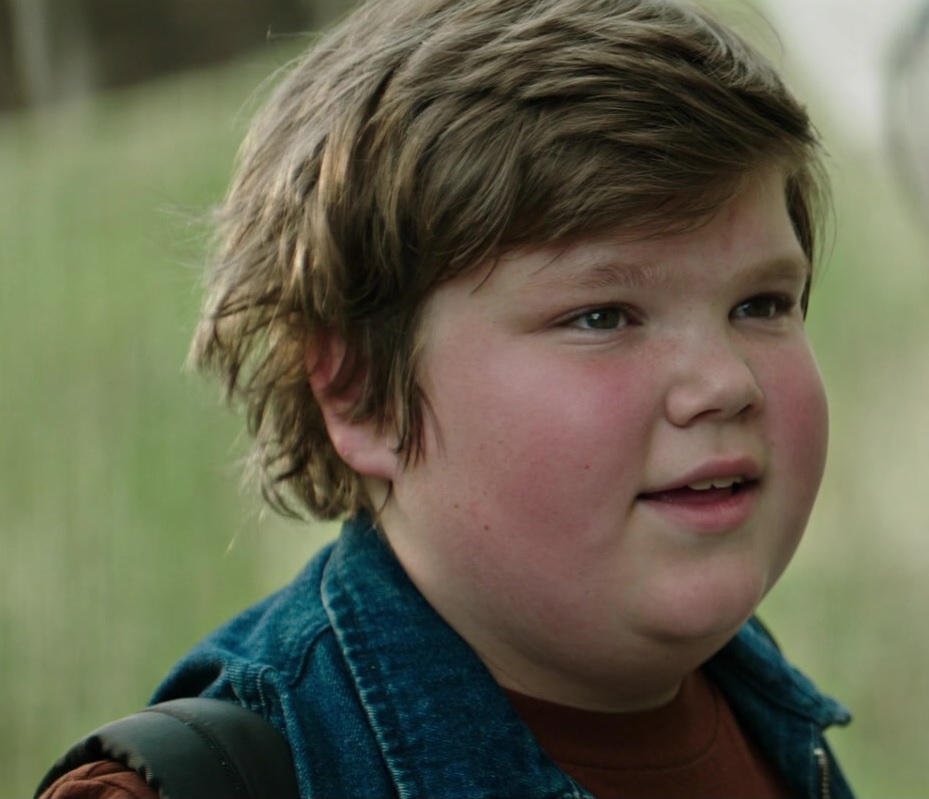 With Ben, King delineated a young man who was not governed by the clichés of boyhood.

Ben is allowed to be sensitive in a society that has never valued cis male sensitivity. He’s not of the “boys will be boys” kind. He’s not touched by toxicity in the way that Henry Bowers and his friends are and thus provides a dichotomy that mirrors the world as we know it.

Henry is perceived as the “big bad” in all his horrid glory and is feared by the children of Derry. And Ben is perceived as weak and mild by their peers, though King shows that these stereotypes thrust upon the boys are not their realities. Ben’s more resilient than he looks, and his caring heart is his greatest strength. Because of his temperament, Ben is a lonely child, a child that has always been lonely to the point that he never noticed it. And when he grows up and drifts away from his friends, he becomes a lonely adult.

One unnerving moment involving young Ben takes place when Henry decides to carve his name in the flesh of Ben’s stomach. The stress of the situation causes Ben to snap into action and fight back, but not before Henry manages to leave an H emblazoned on Ben’s torso. The scene in the book is far more detailed, and Ben leaves Henry extremely worse for wear.

For once, Ben stands up for himself and refuses to take Henry’s abuse. This encounter leads to Ben meeting Bill, Eddie, Richie, and Stanley. A friendship is formed due to their mutual enemy and their shared outsider status. Later, Beverly and Mike join the group, and in their commonality, the seven children find safe and nurturing relationships with one another. 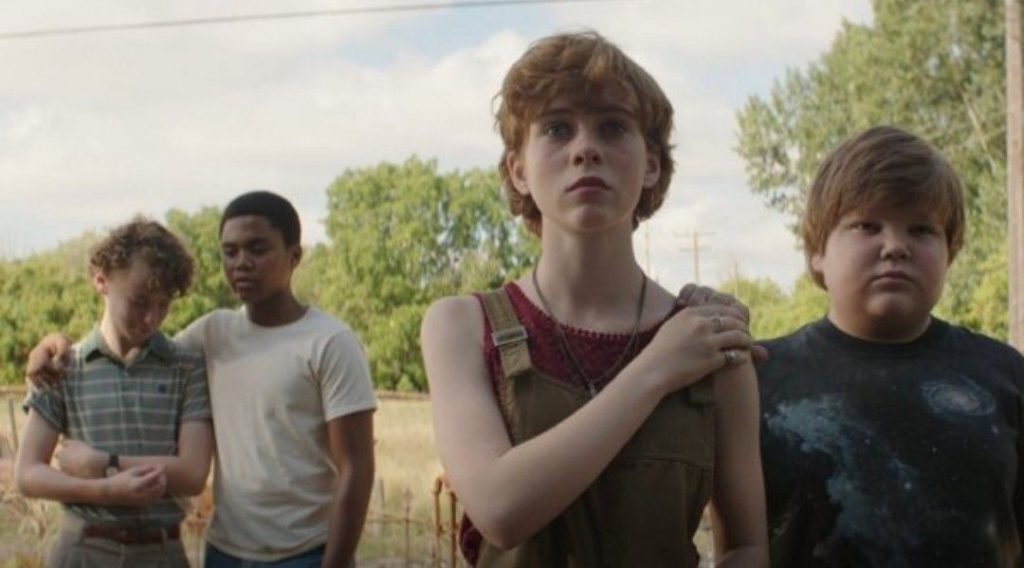 Ben’s deep and abiding love for Beverly reveals much of his character.

In the novel, he spends his days daydreaming about running his fingers through her hair and maybe stealing a kiss. When school is let out for summer, he spends time sitting in the grass whispering “Beverly Hanscom” to himself and blushing, liking the sound of her name paired with his. It’s all very much like a little girl scrawling her name and tacking her crush’s last name on to it in her notebook.

It’s something we don’t typically associate with little boys, but King writes the scene with such tenderness that evokes the nostalgia of a first crush. Ben’s thoughtful ways lead him to write a haiku for Beverly. He decides to leave his name off of it, leaving his identity secret. King writes:

Your hair is winter fire, January embers. My heart burns there, too.

He wasn’t crazy about it, but it was the best he could do. He was afraid that if he messed around with it too long, worried it too much, he would end up getting the jitters and doing something much worse. Or not doing it at all. He didn’t want that to happen.

The moment she had taken to speak to him had been a striking moment for Ben. He wanted to mark it in his memory. Probably Beverly had a crush on some bigger boy—a sixth- or maybe even a seventh grader, and she would think that maybe that boy had sent the haiku. That would make her happy. And so the day she got it would be marked in her memory. And although she would never know it had been Ben Hanscom who marked it for her, that was all right; he would know. (190)

He simply wants her to know that she is loved and admired and maybe make her dreary life a little bit brighter. It’s a simple gesture, but it’s one made in complete selflessness and earnest that sets Ben apart from a typical self-absorbed boy who covets a girl with no care for her own feelings.

The return to Derry causes Ben’s old feelings to stir within him, but he is respectful of Beverly and her autonomy. Ben deftly toes the line of being protective of Beverly, as well as understanding that she is her own person — a feat that is often not easy for even the most disciplined and restrained adults, much less a young child.

One of the saddest facets of his love for Beverly is that, as a child, Ben lacks the confidence to tell her how he feels. Ben has extremely low self-esteem in regard to his body image due to his weight. “He thought that fat boys were probably only allowed to love pretty girls on the inside,” writes King (168). It’s a sad and all too realistic and relatable moment.

Ben is constantly teased for his weight and his body, and this causes him to wear baggy clothes, particularly sweatshirts, in the book. In the warm months, he’s miserable in his better-suited-to-winter attire. But in his opinion, it