Posted by:
Tags:  IT IT: Chapter One IT: Chapter Two Mike Hanlon Stephen King The Losers Club

Mike Hanlon is the unsung hero of Stephen King’s “IT” — battling racism and bullying, while sacrificing his own happiness to protect the future. 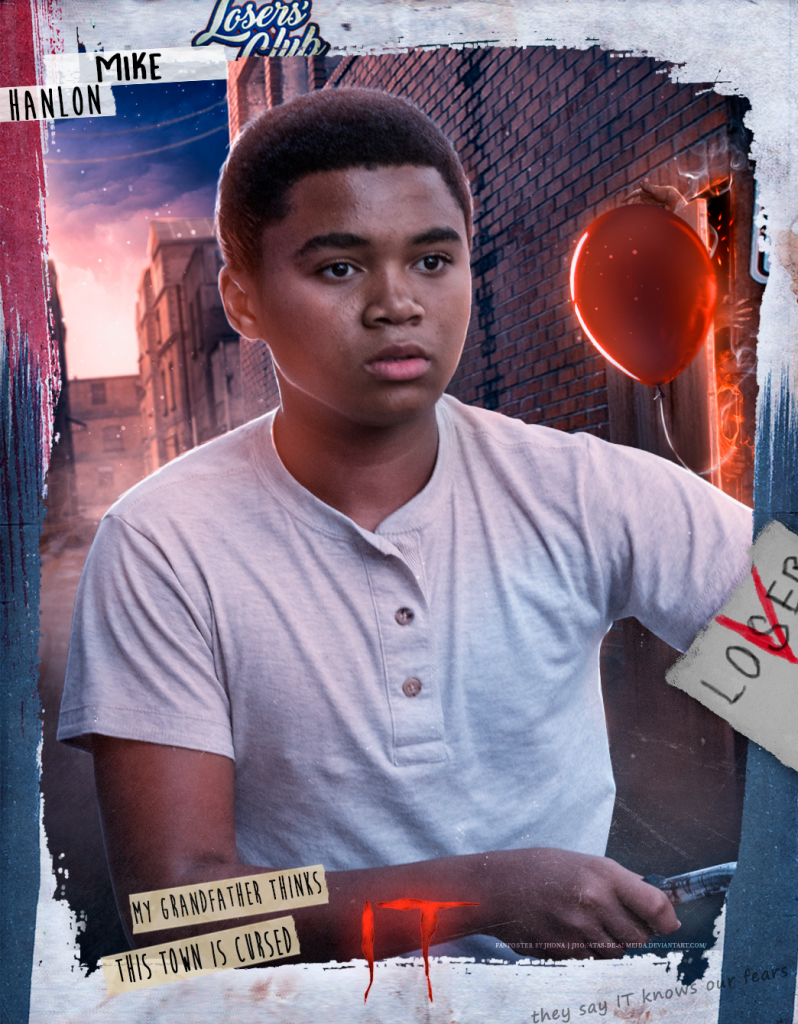 Mike Hanlon is one of the most important and overlooked members of the Losers Club. He was the final child to join the Losers, thus completing the circle. And as an adult, Mike stayed behind to act as the whistle blower for when It returns to terrorize Derry. As an adult, Mike works at the public library in Derry and lives a modest life, while his childhood friends move away and achieve success in adulthood.

He spends time working as sort of a town historian, creating an account of It’s frightening reign over Derry that happens cyclically. It’s via Mike’s intrepid research skills and ability to string together a narrative out of firsthand and secondhand accounts that we the readers learn a great deal about the history of Derry and of It.

To get a better sense of adult Mike, you have to look at Mike as a child and what brings him to the Losers in the first place.

Mike is one of the few black people in Derry, and this fact is important to his character and his arc. Because Mike is a black child in a predominantly white town, he is a target for racist bullying — setting him apart from the other Losers, who experience differently motivated types of bullying.

Try as he might, Mike finds himself to be a lonesome kid, always on the outside of life. It: Chapter One tweaks Mike’s backstory a bit and has him being raised by his wary grandfather, who supplies meat to local businesses in town. His parents are dead from a fire set by racist members of Derry society, a fire that young Mike survived. In the novel, Mike is raised by two loving and supportive parents who do their best to raise a young man who is realistic and educated about the horrors that black people have to suffer at the hands of racism.

In both versions, Mike is depicted as a level-headed boy who is struggling to find his place in a world that needlessly hate him or others like him.

The book goes into much more detail about the casual and overt racism that Mike has to face on a daily basis. It’s a lonely existence for Mike, who is a good natured, intelligent, and gentle child. One striking instance of casual racism is when a child attempts to tell Mike that a racial slur is a good word just because his father uses it. The passage details just how melancholy life can be for Mike.

“And my daddy is just as much a Christian as your daddy,” Bob had finished. Mike remembered that, looking at Bob Gautier’s white earnest pinched face, surrounded by the mangy fur of his handme-down snowsuit-hood, he had felt not anger but a terrible sadness that made him feel like crying. He had seen honesty and good intent in Bob’s face, but what he had felt was loneliness, distance, a great whistling emptiness between himself, and the other boy (It 669-70). 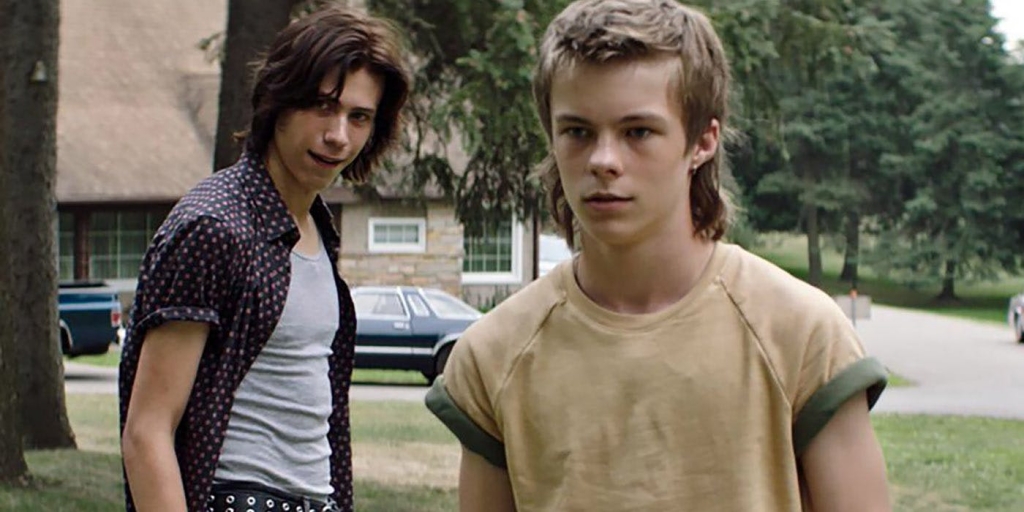 Mike not only has to contend with casually racist members of Derry society but with Henry Bowers.

Bowers is the local bully that constantly tortures the rest of the Losers and becomes a big part of why the seven children come together. Henry’s unbridled hate for Mike started via a family feud between the fathers of the two boys. Henry’s father poisoned Mike’s father’s chickens simply because Mike’s father and mother were black, and the sheriff made Henry’s father pay Mike’s back for the cost of the chickens.

Naturally, Henry’s father fills his son with vitriol and hated toward black people and the Hanlons in particular. Mike, as an adult, muses that most of the pejorative terms for black people that he had heard in his youth came from the lips of none other than the younger Bowers himself.  Henry is always desperate to seek his abusive father’s approval and thus kills Mike’s dog Mr. Chips by gaining the dog’s trust and then feeding him poison meat.

Henry watches as Mr. Chips dies a miserable and loathsome death and enjoys it. Henry’s father is, of course, pleased with his son’s vile and inexcusable actions and even rewards them by sharing a beer with Henry. This is just one of the severely degenerate violent acts that Henry perpetrates against Mike over the course of the novel. Another attack from Henry involves young Mike simply making his way home when he’s cornered by Bowers and pushed into a mud puddle where he then slathers poor Mike in mud.

It: Chapter One shows Mike being thoroughly bullied by Bowers and company, but it doesn’t quite show the full extent of Bowers depravity when it comes to Mike.

However, there will be plenty opportunities for that to be rectified in It: Chapter Two, which by the admission of director Andy Muschietti will favor the structure of the book more so than Chapter One did. There’s a good chance that the gaps in Mike’s backstory from the first part will be filled in with the second installment.

Mike’s onerous treatment at the hands of his peers causes him to be most understandably wary of white children.

He’s not sure if he can expect outright violence perpetrated against him or ignorant and infuriating remarks. When he meets Bill, Ben, Beverly, Richie, Eddie, and Stan, he’s not sure what to expect from them. When their friendship is still new, Bill tells Mike he has a question for him. Mike is terrified that it will be like many other questions that he has gotten from white children before about what it’s like to be black.

He is relieved when Bill simply asks him a question about baseball.  Mike’s anxiety is not uncommon in children who experience bother racial discrimination and bullying. In the article “Racism and Child Health: A Review of the Literature and Future Direction,” Lee M. Pachter and Cynthia Garcia Coll note, “Self-reported discrimination as well as expectations of discrimination were associated with depressive symptoms, low self-esteem/self-worth, and anxiety in adolescents and in preadolescents” (3-4).

Many fans were rightfully discouraged when a few of Mike’s plot points were given over to Ben Hanscom in Chapter One.

Mike, even as a child, acts as the group historian. Mike’s father has a vested interest in the history of Derry, including the dark and unsavory bits. So naturally, Mike becomes a fount of information for the Losers and easily connects the dots between historical events and It itself. This role extends to his adult life as both a librarian and as Derry’s very own amateur historian, who is keen on creating a record of the disturbing town’s past.

From what little we know about the upcoming cinematic conclusion to the story, Mike will be back in his rightful role as librarian and historian and hopefully with a more rounded out backstory. 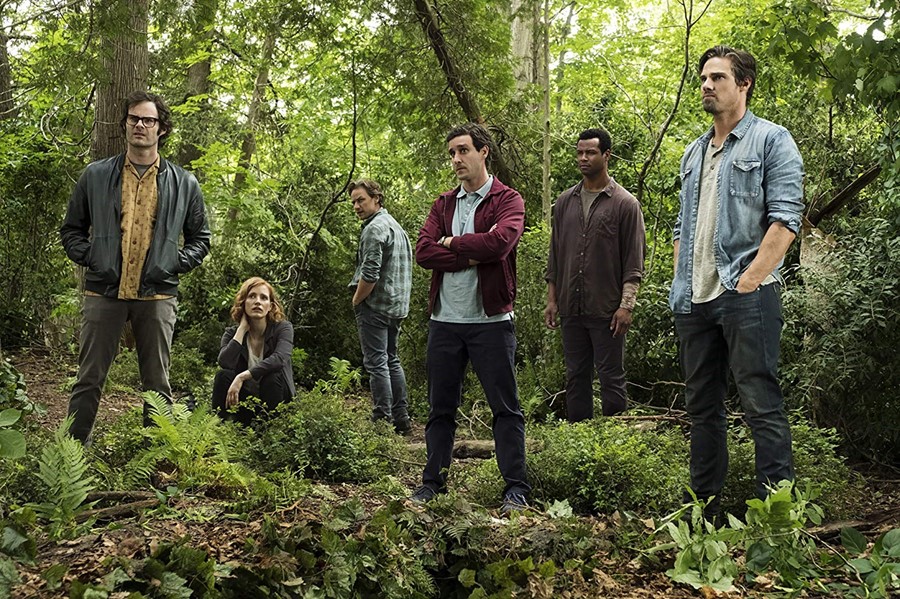 While Bill Denbrough becomes the de facto leader of the Losers as a child, Mike, in many ways, takes ov