Of all Derry’s tragic stories, perhaps none are as heartbreaking as the fate of the lost Loser, Stanley Uris — the boy destroyed by childhood trauma. 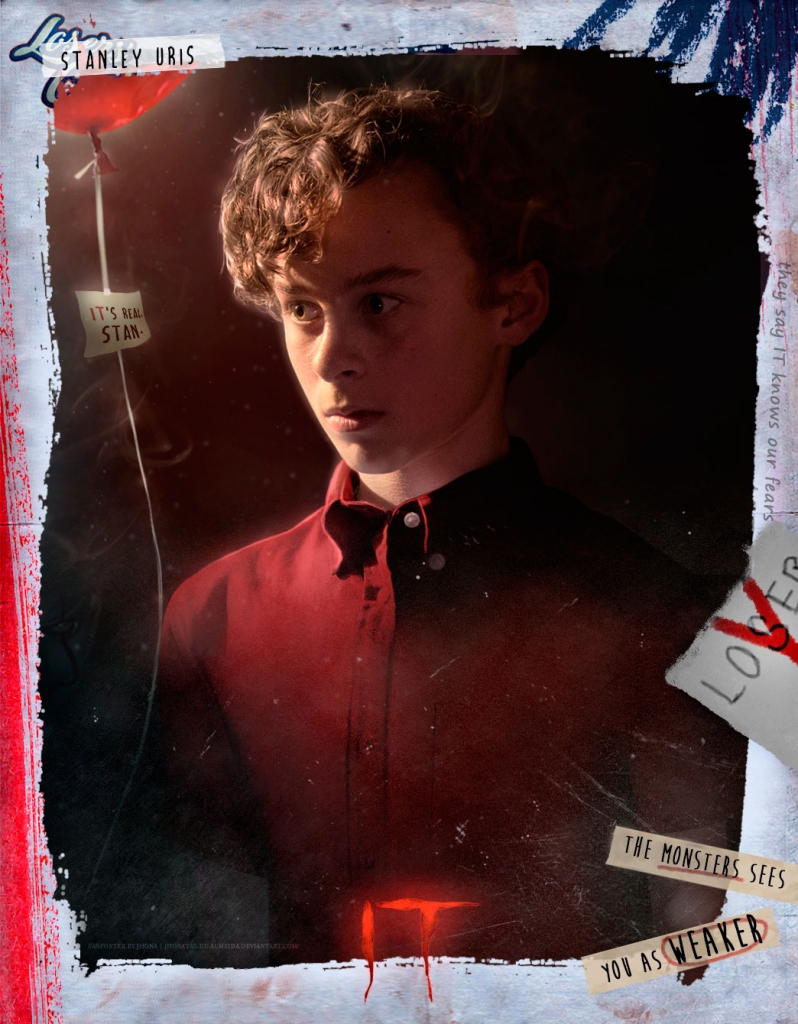 Stanley Uris is the Loser that we get to know least because, as a result of his trauma with It, he takes his life upon It’s return. The tragic end of Stan’s story sets a lot of the tone for the adult Losers’ half of the story and gives the surviving Losers a sense that a second fight against It is very much a losing battle.

As a child, Stan is the quietest member of the Losers Club, but he is portrayed as a very observant and intelligent child who has a caring heart. Stan’s docile nature often tempers Richie’s more bombastic personality, and as a whole, he grounds the entire friend group with his presence. The void that is created with his death is felt by the others while they battle for not only their lives but the lives of Derry’s children. 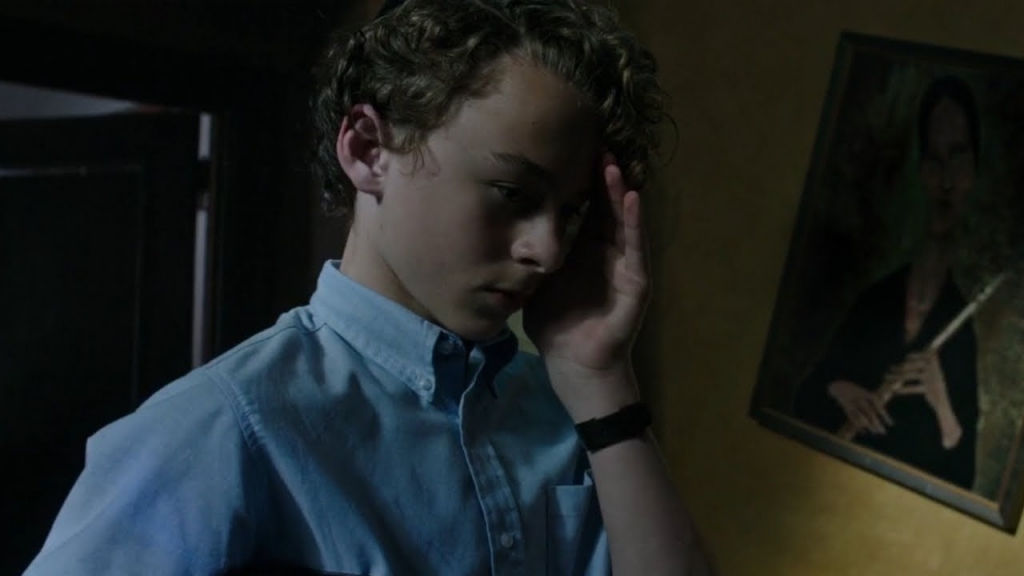 It: Chapter One expands upon Stan’s Jewish faith in ways that the book does not.

Stan in the film is the son of a rabbi and is only months away from his Bar Mitzvah at the end of the film. His father comes across as highly critical and appearance oriented. In both the source material and the adaptation, Stan is the victim of anti-semitism and general bullying at the hands of Henry Bowers and other school bullies. When discussing Stan with Ben and Bill, Eddie says, “You think you took chong yesterday, you just oughtta be glad you’re not Stan. Someone’s always rackin’ Stan to the dogs and back.” (King 291).

Stan manages to take this all in stride and combats it all with his wry sense of humor. There is a scene in the book where Richie recounts a bully referring to Stan as a Christ killer, and he quips in turn that it must have been his father because he himself is nowhere near old enough to have killed Christ. In even the most trying moments, Stan can come across with a dry one-liner. The film portrays Stan with the same sense of humor and the same sensibilities and beyond his years’ maturity. In the face of horrible bullying, he manages to push through.

There are details about Stan’s life and interests from the book that don’t make it into Chapter One.

Stan is a young Boy Scout and has a vested interested in birds and birdwatching. In fact, in the book, one of his initial encounters with It is one that takes place when he is out birdwatching. I hope that more details about Stan as a child are fleshed out in Chapter Two. There’s a small part in Chapter One that alludes to the idea that Stan might be well versed in aspects of nature where he starts pointing out what could be poison ivy, much to Richie’s consternation.

I would also like to see a peek into the life of adult Stan that Stephen King gives the readers in the novel. 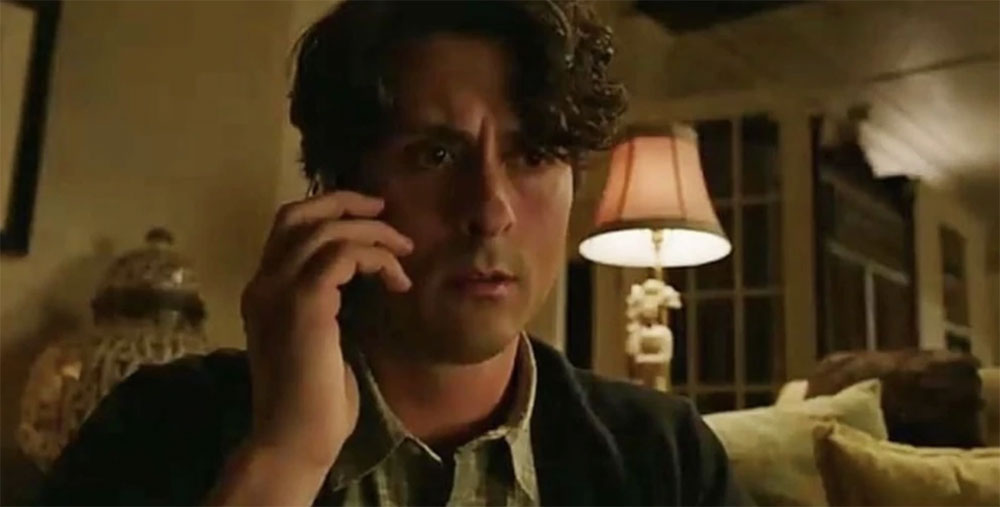 King paints a beautiful and, at times, melancholic picture of Stan’s life where he’s a successful accountant with a loving wife, Patty. Stan grew up to be a tender, methodical, and responsible man who adores his wife and has made a decent life for himself. Together, Stan and Patty are extremely happy and have a healthy relationship.

Of course, there are issues such as Stan and Patty being unable to conceive a child even though neither of them are infertile. Because Stan is the one member of the Losers outside of Mike that remembers the most, he is prone to saying cryptic things that his wife doesn’t completely understand, such as, “The turtle couldn’t help us.”

Stan’s trauma from his childhood and the battle with It prove to be far too much when he is faced with returning to Derry for one more fight.

Stan gruesomely commits suicide, and before his death, he writes IT on his bathroom tile in his own blood. Sadly, this is not an uncommon occurrence for people who experienced adverse childhood experiences, which are commonly referred to as ACEs.

Bullying is considered to be an ACE. A fact sheet from stopbullying.gov titled “Bullying as an Adverse Childhood Experience (ACE)” breaks down what an ACE is and how bullying counts as one. Their fact sheet states:

ACE, or adverse childhood experience, is a potentially traumatic event that can have negative, lasting effects on a person. For children and youth in situations of prolonged and repeated abuse – like bullying and cyberbullying – the impact can affect their development, the way they interact with others, and how they perform in school. It may also affect mental and physical health.

There is a prevalent rate of suicide or suicide attempts in people who were victims of adverse childhood experiences.

The article “Childhood Abuse, Household Dysfunction, and the Risk of Attempted Suicide Throughout the Life Span: Findings From the Adverse Childhood Experiences Study” states, “The lifetime prevalence of having at least 1 suicide attempt was 3.8%. Adverse childhood experiences in any category increased the risk of attempted suicide 2- to 5-fold.” (Dube et al. 3089).

Dube and fellow researchers also point out, “A powerful graded relationship exists between adverse childhood experiences and risk of attempted suicide throughout the life span.” (3089). Stan’s resulting suicide is not shocking in the least when these statistics are taken into consideration.