In the finest tradition of horror, many Death and Black Metal music videos tell and show us the dark side of humanity along with the madness and horror that lurks in the darkness. Every Monday, the Dedman will bring you yet another video to showcase the talents of those that screech and scream about the things that lurk in deeper recesses of our souls! Today’s featured band is Cerebral Bore, and the song is “Maniacal Miscreation” from the album “Maniacal Miscreation” (2010). 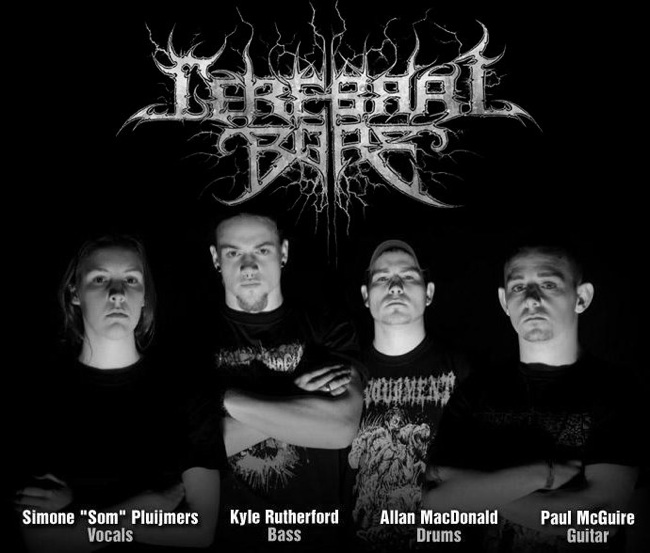 Intro: “It’s shite being scottish. We’re the lowest of the low. The scum of the fucking earth.”

Carve a path unto obsidian – Insane creation of an abscessed mind
Cities crumble in your wake -Have a cookie geez a sookie you cunt!

Fuck the weak, kill the meak – Pustule broke on top of me
Engorgement of worlds
Flesh, muscle, sewn on bone – A full monstrosity..
Created by a nut, stitching skin and surgical cuts – Abomination of man
Scream, yelp, you can’t run
Death has come for you and me!

Buildings are laid to waste, Now you are free
Existence is fucking screwed, Creation will cease to be!

Combustion at your feet
– They are all.. DEAD!

Cryogenic, rotting chamber -Where you once laid like a stillborn wean
Came to life, killed creator – Severed heads are filled with shame