An intelligent, thought provoking and terrifying masterpiece of a film, John Carpenter’s “In the Mouth of Madness” is a timeless Horror classic. 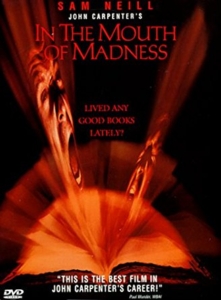 What would you do if you found out that everything you ever knew about your life was false? That your entire existence resided in someone else’s hands. What if your life was simply a work of art, too which you had absolutely no control over?

John Carpenter’s ferocious tale of good and evil, god and the devil, fantasy and reality, is an unabashed requiem of life. It’s an eye opening odyssey into the souls of man and an internal view of how people perceive the everyday life that surrounds them.

“Reality is just what we tell each other it is. Sane and insane could easily switch places if the insane were to become the majority.”

The 1995 film, In the Mouth of Madness, is a Lovecraftian based masterpiece, implementing nearly every aspect the horror genre has to offer. Written and Directed by the Legendary John Carpenter, the film stars Sam Neil, Jurgen Prochnow, Julie Carman and Charlton Heston to name a few. With the disappearance of top selling writer Sutter Cane (Prochnow), insurance investigator John Trent (Neil) is hired by publisher Jackson Harglow (Heston) to track down the missing author.

This film is a portal into a darkness filled abyss.

Being a huge horror nerd since an early age, it was a real thrill to be able to catch In the Mouth of Madness in the theatre during its opening weekend. Originally, a special on the film had aired, prior to its release, wherein they took an in depth look at the film and how it was pieced together. Witnessing the monsters leap off the screen and come to life, created by the Legendary FX crew KNB, was an instant attention grabber.

‘In the Mouth of Madness’ blurs the line between fantasy and reality, causing you to question everything you’ve ever known about life. It’s unequivocally and undeniably the pinnacle of all horror films. It’s the blueprint for the genre and should be followed as such. It’s something passionate filmmakers should strive for and aspire to achieve.

Highly underrated, this film is hands down, by far, the top horror film of all time.

The mixture of horror subcategories and varied genre components really bring the film to life. It’s a pleasant combination of extremely polished practical gore and blood, alongside some perfectly placed CGI. Also, the film provides a modicum of psychological terror, mutant children, monsters and jump scares, meshed with one of the best character portrayals to date, by the dashing and always captivating, Sam Neil. 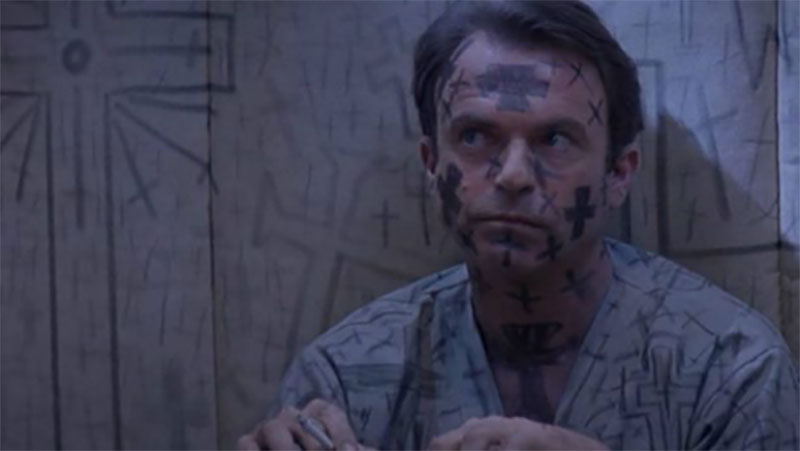 Not only does the film don one of the best genre actors and the most prolific special effects crew in the business (at the time), In the Mouth of Madness is also written and directed by the legendary, one and only, Master of horror himself. Those few features and details alone, are enough to thrust this film into greatness, placing it high above anything else in the genre and therefore rendering it virtually untouchable. Like a blade in the dark, this film will leave your head splitting with anxiety.

Every little minute, specific component tied in and connected like a road map of intertwined muscles forming one masterful body of work.

The sets were awe-inspiring and really developed the mood, especially the church with two-hundred-and-fifty-foot spires, topped with gold onions. The costumes are also still unmatched, the scrubs with black crosses crayoned on, worn by Trent, added a speck of brooding atmospheric unease to the film. In addition, the supreme and veteran acting gave the film the extra kick it needed, propelling it to the top of the horror food chain. 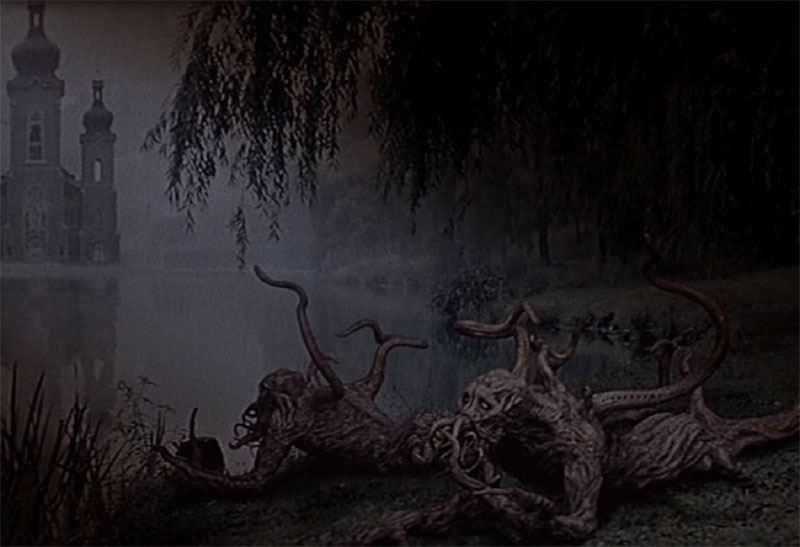 The conception of the film is the scariest thing about it. Examining the fact that reality is only what we perceive it to be and that reality can change in an instant if we choose it too, is absolutely nightmarish. For instance, the color blue is only blue because at an early age we’re taught to accept that fact as correct. However, if the majority of humanity suddenly decided blue was something completely different, then that’s what our world would hold to be true.

It’s the idea that what you believe your reality to be, is merely that because of your own personal belief system. That if you believe in and will something hard enough, it can take form, and, in one way or another, become real. Monsters and other evil entities can indeed exist, if enough people accept them and believe them too. 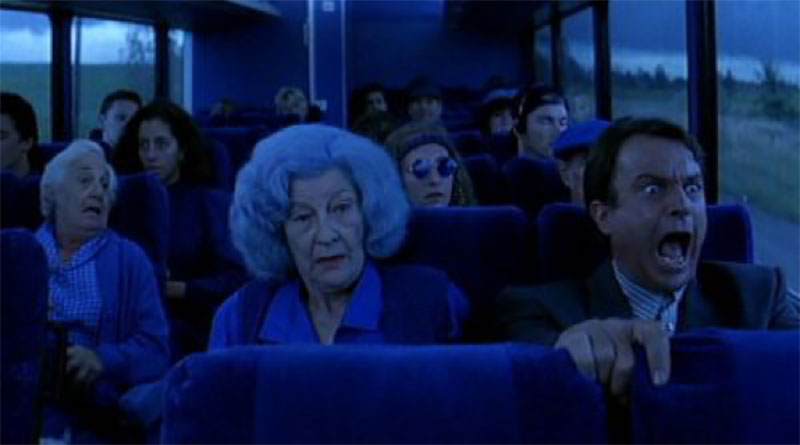 Discussing and delving in on topics such as religion and personal belief, is extremely touchy and the source of many debates and arguments. Personal beliefs are a direct river to emotional influxes. Nothing infuriates or inspires society as much as an individual’s own beliefs. Personal beliefs are sacred. They are what we desperately clutch too and what we are strongly opposed to relinquish.

The savage dichotomy of subjects, is a grab bag of goodies. The film is deeply religion based, playing an intricate role in drawing lines between real life and the fantasy based reality some people chose to accept. The film speaks of demons, angels and human nature. It’s an intricate look into a sensitive, taboo subject that many hold near and dear. No matter what you believe, the film shows you that those views are merely a fraction of a bigger picture.