A special theatrical screening of John Carpenter’s horror masterpiece “They Live” reminded me of the film’s sheer brilliance. 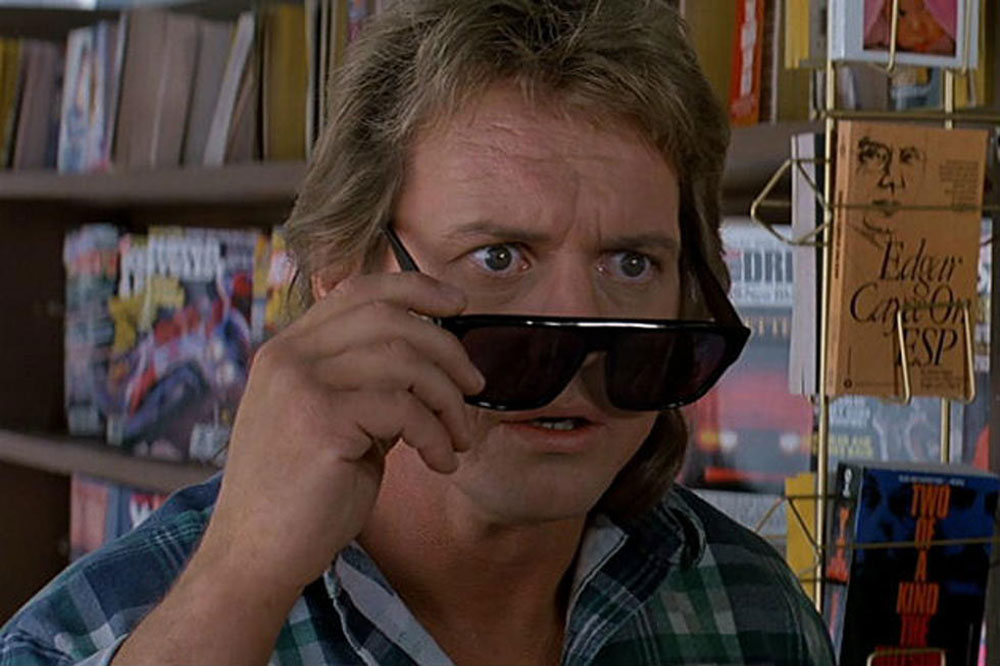 “I’ve come here to chew bubble gum and kick ass! And I’m all out of bubblegum.” –They Live.

What would you do if you found out that the world was being taken over by an unseen force? What if you stumbled upon a pair of sunglasses that let you see what was hidden right in front of you?

The 1988 classic, They Live, once again returned to theaters for a special two night engagement. The long beloved film from the legendary Master of Horror, received a fitting and proper re-release, giving diehard Carpenter fans something to cheer about.

All hell breaks loose after a drifter happens upon a pair of sunglasses which allows him to see that the world is being taken over by aliens. The special re-release of this film in the theater provided a well-deserved encore of the late legendary wrestler and actor, “Rowdy” Roddy Piper. While Piper had appeared in a number of roles both before and after They Live, his performance in Carpenter’s timely classic was absolutely extraordinary. At the peak of his career, Piper’s unforgettable portrayal as the hardened drifter, Nada, is still unmatched.

Before the film began, there was a reel of old wrestling clips and media appearances from the legendary icon. It was joyfully heartwarming and an absolute pleasure to be able to enjoy the montage of footage that spanned his career. 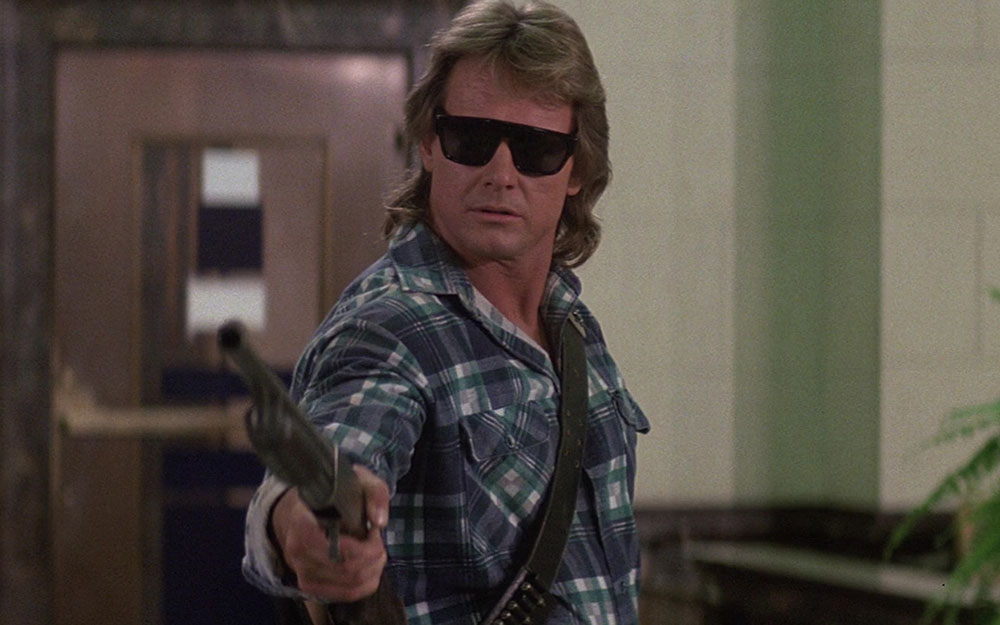 One of the most easily likable personas, Piper was known for dishing out performances that were nothing short of entertaining. The energy and excitement he brought to each and every performance, be it in the squared circle or on the big screen, was inspiring at the very least. Every now and then a performer comes along, such as Piper, who brings an intense energy and genuine smiles to the masses. He was one of a kind.

But what really made this viewing special, was that just before the film started rolling, an exclusive introduction popped on the screen. The introduction was done by none other than the Master of Horror himself, John Carpenter. It was definitely one of a kind, punching you right in the feels. Carpenter appeared on the screen dispensing instructions which stated, “Don’t Talk, Don’t Text, Don’t upset the Master.” Carpenter then donned the infamous They Live sunglasses as the words “obey, obey, obey” appeared next to him on screen. It was really something quite special to behold. 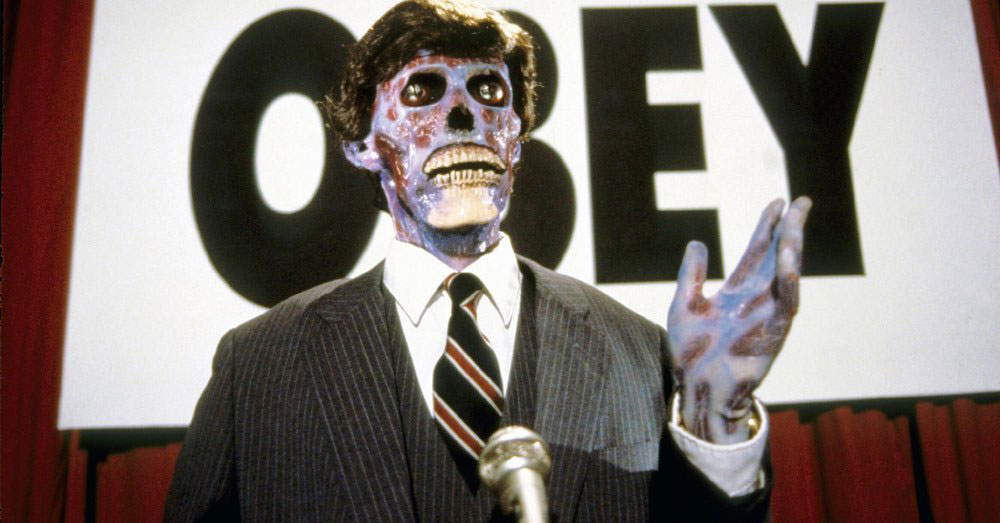 The quality of the film was also the best to date. The scenes were crisp and clear and the film never looked better than it did up on the big screen. It was really easy to pick up on certain details that were unnoticeable before, due to the quality of the film’s previous releases. It felt as if you were seeing the film clearly for the first time, no pun intended.

However, the best part about viewing this film in the theater, was that you were amongst true fans of They Live.

It was an unforgettable experience, as every single fan in attendance had come there specifically to view this film. It was a real honor to be amongst fellow Carpenter and They Live addicts. The audience was essentially a hive mind, laughing and gasping simultaneously at the exact opportune moments. It was also exciting and awesome to see all the audiences t-shirts supporting They Live, alongside shirts from other Carpenter films. 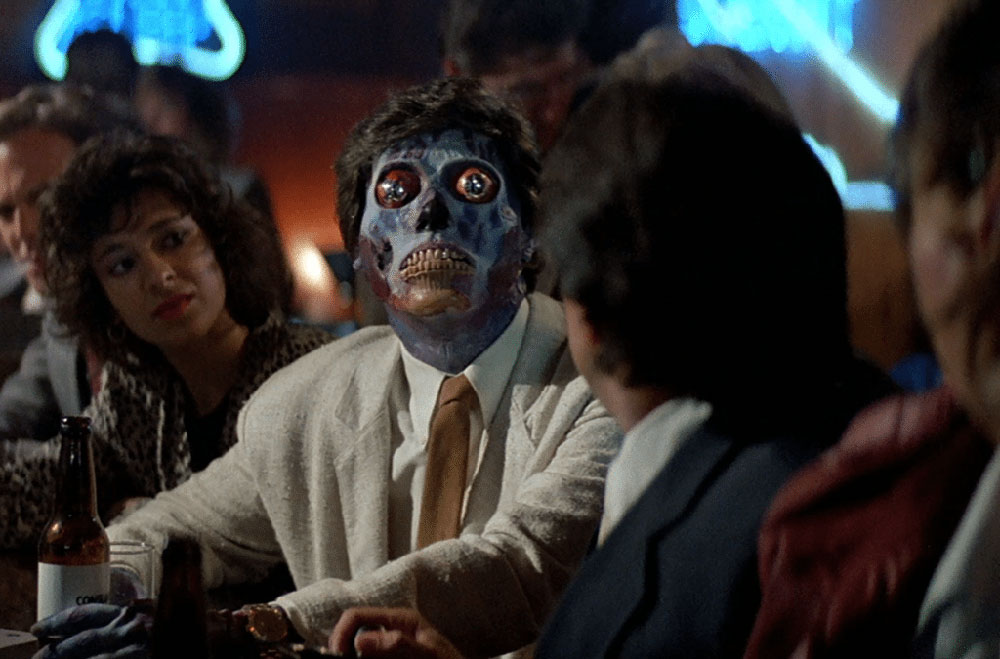 ‘They Live’ is just one of those films that sticks in your subconscious. The content therein is so potent, that once you see it, it becomes seared into your psyche forever. Especially the jaw dropping appearance/make-up of the aliens, which is something that seems to be a favorite focal point amongst its fans. But then again, coming from the director of arguably the best special effects film of all time, ‘The Thing’, it’s something you come to expect when seeing Carpenter’s name attached to a project.

Overall, They Live is just a spectacular film from beginning to end.

Between the phenomenal acting, eye-grabbing special effects and the masterful directing, there is not one thing to dislike about this film. It has never looked better and the experience of catching it in the theater was unlike any other. Seeing it on the big screen is a memory that will last a lifetime. It was an unforgettable, one-of-a-kind experience.