Our staff checks out “Glass”, the highly anticipated finale to Shyamalan’s Unbreakable triology; find out if it falls flat or shatters expectations. 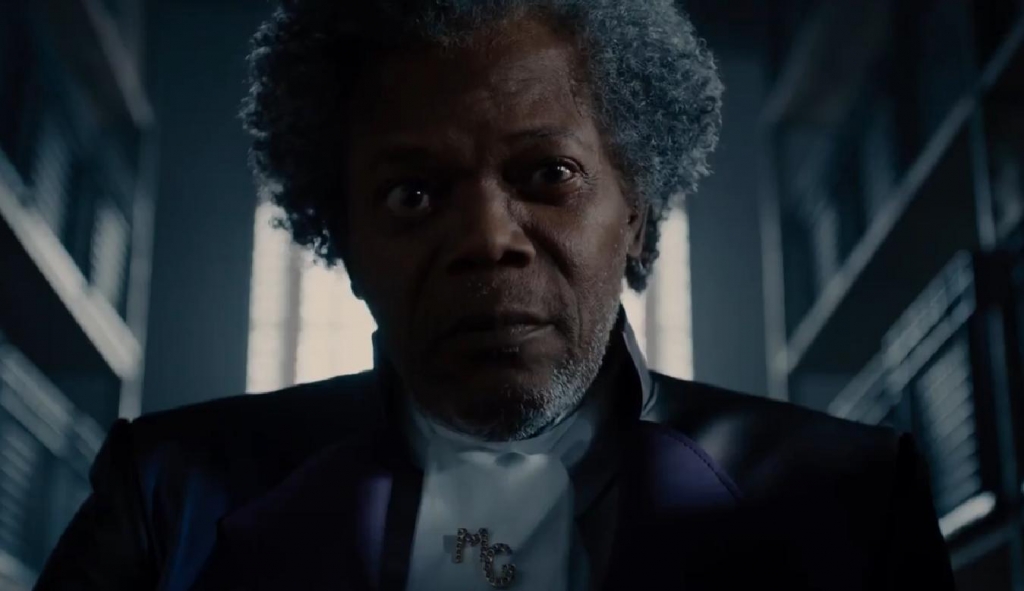 M. Night Shyamalan is nothing if not a polarizing filmmaker — with a career that’s run the gamut from being hailed as the second coming of horror Jesus, to being nearly universally panned and mocked as a hack, to his recent unexpected comeback and renewed critical praise.

Unbreakable, the first film in this trilogy, was also the first film to follow Shyamalan’s breakout hit The Sixth Sense — at a time when the filmmaker still carried major clout and was widely praised for his unique style, his creative and interesting storytelling, and his penchant for tantalizing twists. Unfortunately, several missteps and failures later, and he was largely written off as a has been whose time had come and gone.

But the master of surprise delivered one of the biggest twists of his career by quietly filming and releasing an Unbreakable sequel called Split that no one saw coming. 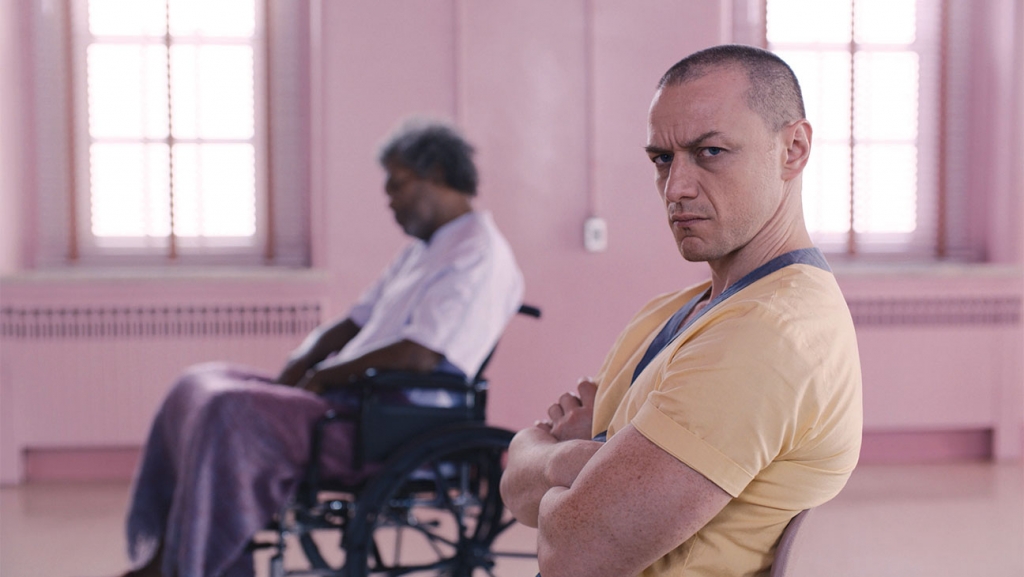 It was a critical success and a smash hit. And just like that…Shyamalan was back on the scene as someone who still had what it took to create cinematic magic. His latest film Glass, the direct sequel to Unbreakable and Split, opened to an impressive weekend box office. But Shyamalan is back to polarizing audiences and critics, delivering either a mess or a masterpiece — depending on who you ask.

Our critics thought Glass was a great reflection of Shyamalan’s talents as a filmmaker and that James McAvoy once again shined in one of his best career performances. Read more about our thoughts on the film in a segment we call Morbid Minis. (Angry Princess)

TAKE ONE: A SATISFYING ENDING TO A STRONG TRILOGY

As someone who doesn’t normally like superhero movies, but loves self-reflective movies like Scream (1996), I actually really like Glass. Without going too much in detail, Glass is definitely a superhero movie, but it’s almost like it’s being constructed by a certain character in the movie. I love that self-aware aspect of the movie, even down to Dr. Ellie Staple (Sarah Paulson) making the characters, and even the audience, question the validity of superheroes.

And, just like in Split (2016), James McAvoy stuns with another great performance; I would venture to say that he one-upped himself in this one and it was nothing short of amazing. Overall, while the movie wasn’t perfect, I thought it was an entertaining film and a satisfying conclusion to this trilogy. For the best viewing experience, I recommend re-watching Unbreakable and Split before you check out Glass!

M. Night Shyamalan is evidently a master of the long game. Nineteen years after Unbreakable and several flops, he roared back onto the scene with a sequel no one saw coming with 2017’s Split.

In Unbreakable, David Dunn (Bruce Willis) is the sole survivor of a train crash. Shortly after he is sought out by Elijah Price (Samuel L. Jackson), a man suffering from Osteogenesis Imperfecta, a disease that has left his bones so brittle, he goes by the name Mr. Glass. Price tells him he believes that he is his polar opposite — a man who is unbreakable. David is more than skeptical, but with the encouragement of his son, he starts to believe. By the end of the movie, we learn the drastic means that Glass has gone to find Dunn. 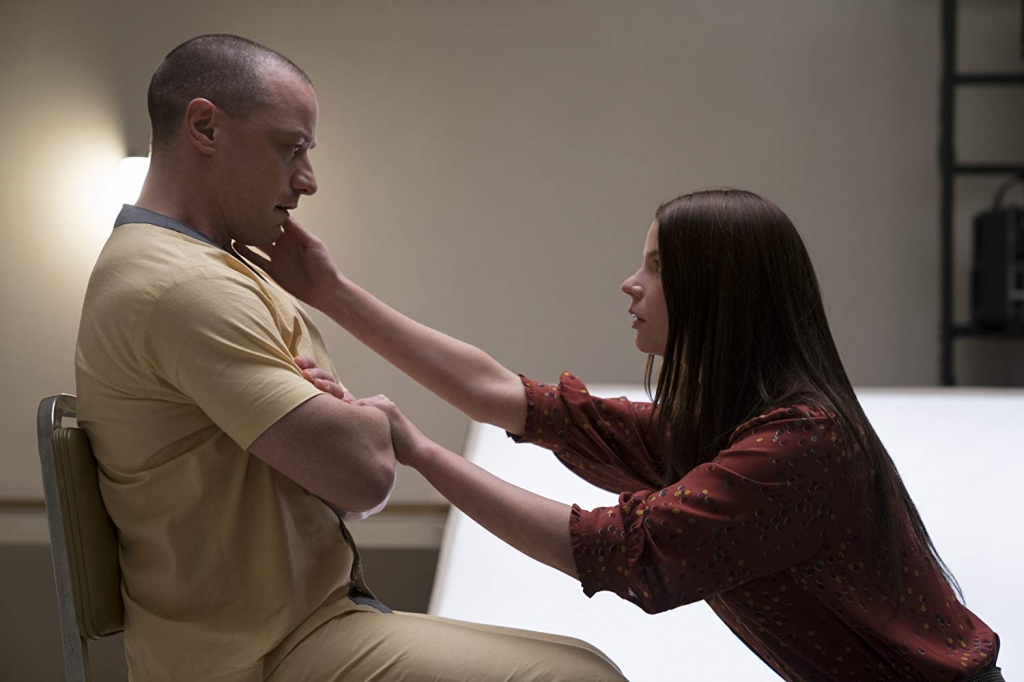 Split is a psychological thriller starring James McAvoy as Kevin, a man with twenty-three distinct personalities and a deadly new one trying to break free. Dubbed The Horde by the press, Kevin’s dominant personalities promise the coming of the Beast. Kevin kidnaps three girls and they must try to break free before it is too late. We don’t realize these two movies are even connected until a final scene featuring Willis reprising his role as David Dunn.

Glass is the direct sequel to both of these films connecting all three characters. The movie opens with Dunn, working with his now grown son, to find Kevin and several missing young women. In the process, Dunn and Kevin are both caught and taken to a mental institution that also holds Jackson’s Glass character. There, under the care of Dr. Staple (Sarah Paulson), a psychiatrist specializing in patients who think they have superhuman abilities. While Staple works to make Kevin and David doubt their abilities, Glass puts a plan into motion to bring them into a conflict that will prove he was right all along. 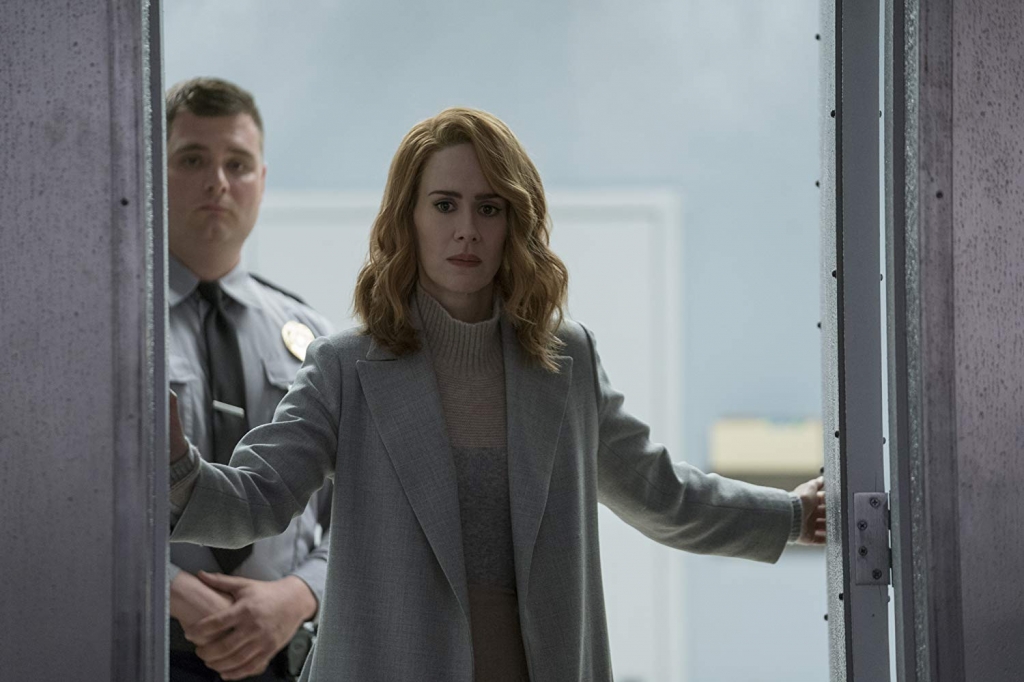 Glass is a solid conclusion to the Unbreakable trilogy.

Shyamalan’s unique take on the superhero mythos is a welcome change from the DC and Marvel universes, much more grounded in reality. While Willis and Jackson are both wonderful in their roles, the star here is once again James McAvoy. Much like he did in Split, McAvoy owns every second of the screen when he is on it, creating one of the most masterful performances imaginable. McAvoy embodies each of Kevin’s unique and different personalities fully and moves between them seamlessly. It’s beautiful to watch and award-worthy.

Glass wouldn’t be complete without Shyamalan’s signatures twist endings, and this film has a couple of them. With a run-time of 129 minutes, I felt like there was a little too much padding in the middle of the movie, but the climax scenes more than make up for it. Regardless of how you feel about Shyamalan’s body of work or whether horror movies or superhero movies are your thing, Glass is worth seeing just to witness the brilliance of James McAvoy’s performance (as is Split). 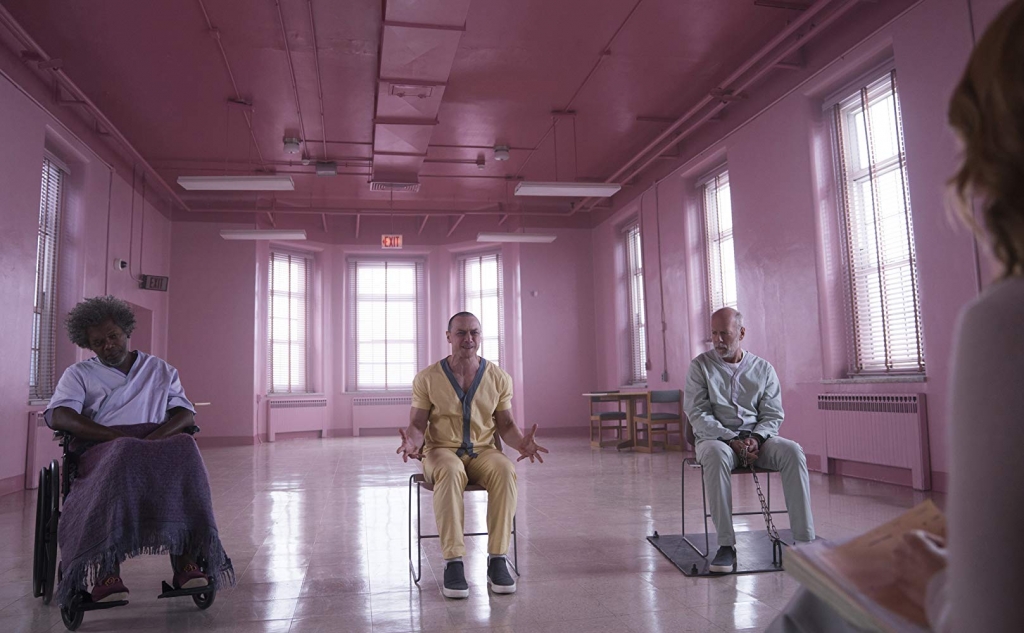 M. Night Shyamalan has always been a storyteller first and foremost. So much so that the ‘lady’ in his film Lady in the Water is named Story with the film dependent on breaking down the elements of fables and fairy tales in order to reach its conclusion. Shyamalan’s characters often come as a byproduct of his stories with his now infamous “twists” having the most impact on character development.

Glass extraordinarily ties these two Shyamalan qualities together in what could be considered the most Shyamalan-esque film of his career to date.

Glass moves forward dissecting the elements of comic book storytelling in order for characters to understand what is happening as the story unfolds. At the same time, those Shyamalan twists come one after another as the three main characters (Willis, Jackson and McAvoy) are further fleshed out as more and more is revealed. Even Sarah Paulson as Dr. Ellie Staple gets in on the fun with revelations of her own. All of these revelations open up the door to a new opportunity in Shyamalan’s storytelling career — in what could be a very intriguing endeavor: his own comic book series. 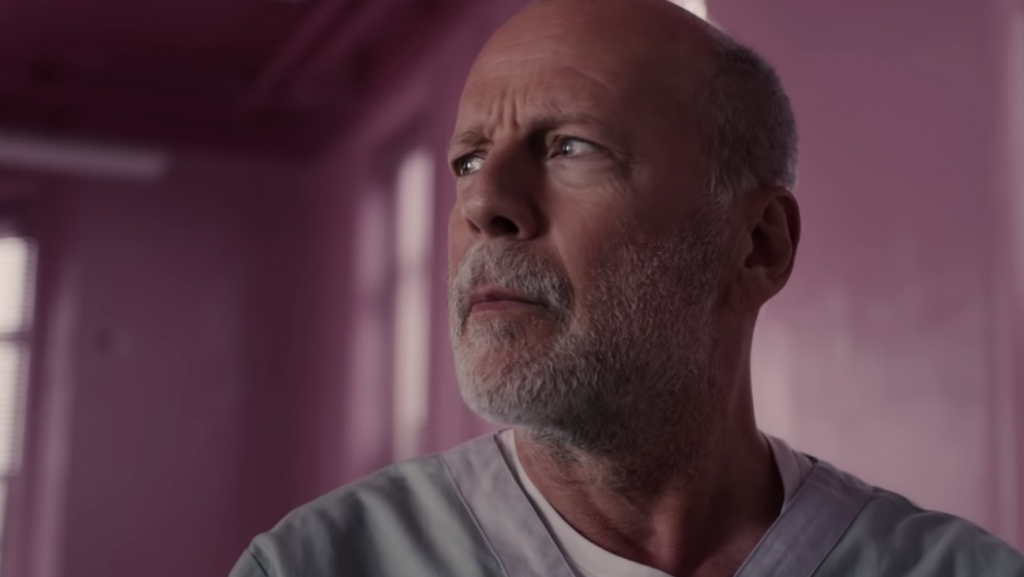 For a filmmaker who has made a name for himself making movies based on the supernatural and dark fantasy, the most refreshing and surprising part of Glass is the humanity and human spirit that echoes throughout the film.

As Willis, Jackson and McAvoy are being “treated” in the hospital for their “delusions” of believing they are superheroes, Shyamalan brilliantly causes the viewer to question everything they know about the characters. Can what they’ve done be scientifically and rationally explained? Can the storytelling itself be trusted? As the characters begin to doubt themselves, the viewer wonders if these are mere men who have been caught up in extraordinary circumstances and extraordinary luck.

This is where Shyamalan pulls his greatest twist of all: he shows us the power of the human spirit.

Glass is about believing in yourself. In a world full of doubters, villains, evil, and scientific explanations, the film shows us that miracles do exist. They cannot be explained, they cannot be debunked and they cannot be extinguished. But they must be believed in. It’s human nature to question and doubt, just as it’s human nature to hope. Among the heroes and villains, it’s this fragile balance of the human condition that is at the center of Glass in what is Shyamalan’s most layered and remarkable film.