Netflix and Chills: 5 Shows to Binge With Your Boo

Take the guesswork out of date night with these five horror shows — guaranteed to keep the conversation flowing and the sparks flying, night after night.

After meeting someone you click with romantically, when the butterflies start fluttering and the sparks start flying, the next stage in a blossoming relationship is planning memorable date nights. Dinner at a fancy restaurant is a staple, but it’s boring and predictable, and it can make awkward lulls in the conversation uncomfortable. Why not be more daring? Watching horror together might not seem like an obvious choice, but jump scares, mystery, and mounting tension are a great way to bring you closer together — often, quite literally, as you seek comfort in each other’s arms while the exhilarating drama unfolds.

Previously, we brought you five genre films streaming on Netflix which are perfect for date night. Now, here are the top five Netflix horror shows to watch with a romantic partner (selected for you by dating experts from https://datingsitesforseniors.com.au/ review service).

By watching a series together, you don’t just get one killer date night out of the viewing experience. Even if you’re binging several episodes at once, you can typically enjoy the company of your sweetie for days, weeks, or even months as the story unfolds across multiple seasons. 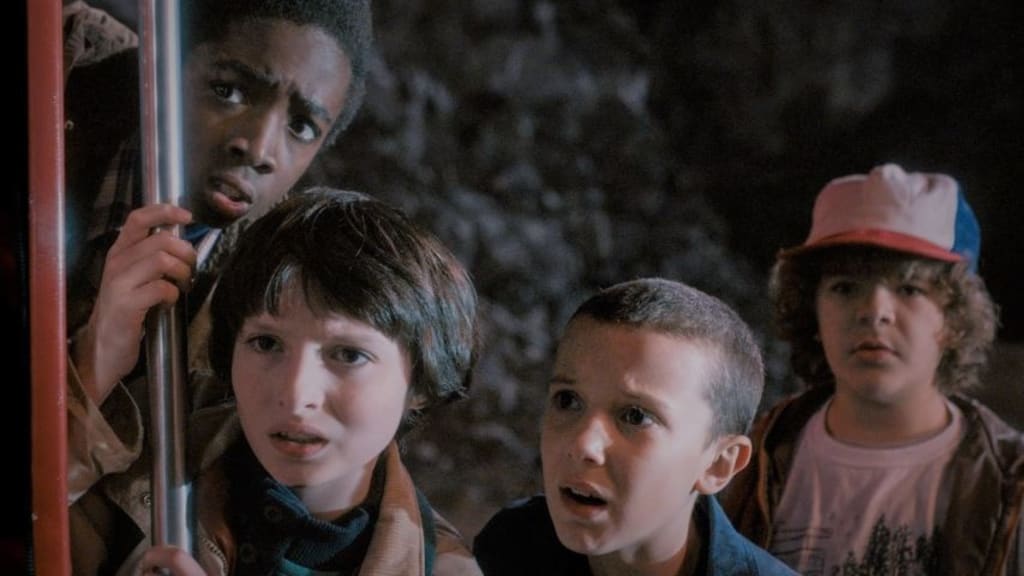 Set in the fictional town of Hawkins, Indiana, this engrossing series is part homage to 80s pop culture and part love letter to the masters of classic 80s sci fi/horror (think Steven Spielberg, Stephen King, and John Carpenter). Mostly, however, it’s an exhilaratingly fun ride infused with elements of genuine terror. This series has everything — from conspiracy theories, to The X-Files-esque government cover-ups and secret paranormal experiments, to plucky kids zooming around on their bikes, to kids with superpowers and an even an entire supernatural world called The Upside Down where strange and terrifying monsters roam.

The show’s creators, The Duffer Brothers, stated they developed the series as a mix of investigative drama alongside supernatural elements portrayed with horror, science fiction and childlike sensibilities. Season 1 of the show follows a group of young boys searching for their missing friend, and a mysterious girl with strange abilities they meet on the way. In addition to plenty of suspense, drama, sci-fi, and just the right amount of horror (enough to please serious genre fans but not so much that it alienates the non-horror loving folk), the real heart of the series are the bonds of friendship and love that tie these characters together. It’s about loyalty, selfishness and sacrifice, and the power of friendship. There’s even some romance to make this series perfect date night material.

There are three seasons of adventures to follow on Netflix, with each season only about episodes long. That makes it super bingeable and easy to dive into the first time (or for a satisfying rewatch) without feeling overwhelming. A fourth season is currently in development (no word yet on the official Season Four release date, which has been delayed due to COVID), so you’ll also feel good knowing future date nights are covered as well.

2. The Haunting of Hill House 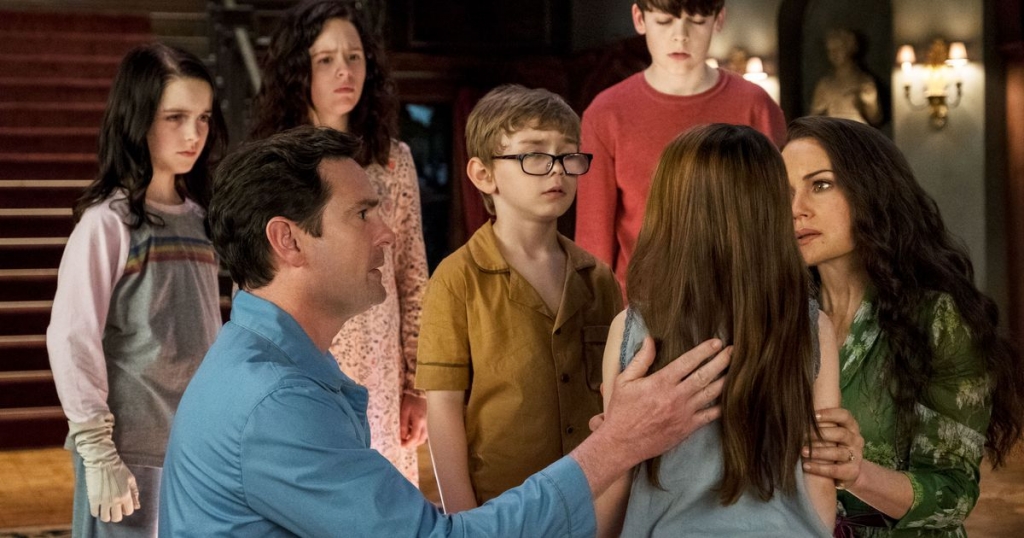 Some genre shows revolve around the bad guys: zombies, serial killers, vampires, and other fiendish foes. But this Netflix series immerses viewers in the world of gothic horror and deadly secrets — dripping with atmosphere and replete with ghostly encounters. We witness events unfolding through the eyes of five adult siblings, forced to flee their home after horrific events that took place 26 years prior, reuniting to confront long-suppressed fears after tragedy strikes yet again.

The supernatural horror/ drama series was created and directed by Mike Flanagan, and it serves as the first entry in The Haunting anthology series. Loosely based on the 1959 novel of the same name by Shirley Jackson, the plot alternates between two timelines, following five adult siblings whose paranormal experiences at Hill House continue to haunt them in the present day, and flashbacks depicting events leading up to the night the family fled from the mansion.

The series premiered on Netflix on October 12, 2018, receiving both critical acclaim and audience praise. Fans and critics alike praised the series for its stellar ensemble cast, great directing, and high production values. While the show is terrifying, with plenty of haunting imagery, it’s also incredibly written, beautifully acted, and surprisingly heartwarming.

If you fall in love with The Haunting of Hill House, a follow-up series with some of the same cast but a different story and characters, titled The Haunting of Bly Manor, was released on October 9, 2020.

Based on an extremely popular graphic novel series, The Walking Dead is less a television series and more a cultural phenomenon. The series features a large ensemble cast as survivors of a zombie apocalypse, trying to stay alive. In addition to the near-constant threat of attack from zombies, known in the show as “walkers”,  these survivors also face conflict from other living survivors who have formed various groups and communities — along with differing social structures and moral codes.

The series begins with a deputy sheriff, Rick Grimes (Andrew Lincoln), awaking after a coma, only to discover a pathogen has wiped out most of the human population. Unfortunately, the nasty side-effect of this deadly plague is that it causes corpses to reanimate. If that’s not bad enough, these reanimated corpses have a taste for the flesh of the living.

What makes this series so suspenseful, besides the ever-present danger from the living and the undead alike, is the fact that no one in the show is truly safe. The series does an incredible job developing characters and investing you deeply in their stories, thus making the inevitability that not everyone will make it all the more agonizing. It’s an extremely satisfying and involving emotional roller coaster that will make you cry, scream, and stand up and cheer — often all in the same episode!

Now in its 10th season, with a final eleventh season planned for 2021, there’s a lot of content here to devour. While the first season was only 6 episodes, subsequent seasons range in length from 13-22 episodes. Thus, this a great series to watch at the start of a blossoming romance, as it send the message that you’re in it for the long haul.