I recently had the pleasure of spending Halloween weekend partaking in the Panic Fest Tricks & Treats Film Festival (#PanicTricksTreats). Over three days, I gorged myself on bite-sized horror treats, diving into all the great short horror programming carefully curated by the fest. While features are flashier, like the coveted house on the block that hands out full-sized candy bars to trick r treaters, I personally prefer the assorted grab bags. For me, variety is everything, and I love exploring as much great content as I can. The wonderfully diverse short horror blocks allow me to discover 5-10 great films — ranging from sci-fi, to slasher, to dark comedy, to supernatural thriller and beyond — in the amount of time I need to watch just one full-length feature.

Throughout the week, I’m going to share my highlights of this year’s incredible short horror lineup. In addition to introducing you to some fantastic content you’ll want to keep a close out for, either on the festival circuit or online as films get released, I’m going to tell you which films you can check our right now and introduce you to other must see shorts from some of the wickedly talented filmmakers represented at Panic Fest.

Let’s kick things off by looking at the standouts from the SHORT FILM SHOWCASE BLOCK #1. 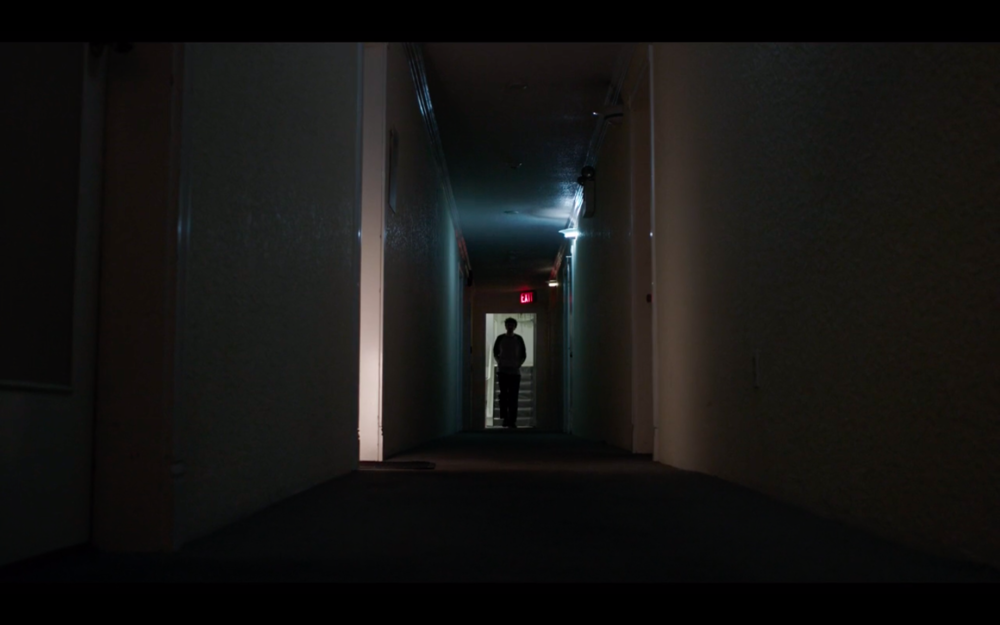 A modern spin on the Catholic sin Sloth, a man is so willing to remove himself from any potentially confrontational action that he winds up putting himself in danger with no one there to help.

In Acedia (a word derived from the Greek words for negligence and lack of care, literally meaning an inert state without pain or care), a man is sleepwalking through his life. He sits on his couch, surrounded by filth; empty pizza boxes and soda cans everywhere, a sink full of unwashed dishes. The television is on, but he’s too busy mindlessly watching videos on his phone to pay attention. He witnesses a series of disturbing events, with several people in need of help. Although he has several opportunities to help and make a difference, he can’t be bothered.

Soon, the man learns the high price of apathy when the tables are turned, and he finds out how it feels to need — and be denied — the care and compassion of a stranger. Filmed in Burnaby, BC, in 2018, Acedia is a dark, incredibly effective morality tale about the consequences of losing a connection to humanity and ignoring the plight of others until it personally affects you.

Unsettling and well-executed, this eight-minute short packs a powerful punch.

A waitress named Lily has her life turned around when two strange men show up in the popcorn bar she works at.

A young woman named Lily is working at Salt ‘n Sugar, a popcorn bar in the middle of nowhere. She has a dead-end job, where she must put up with rude customers. Her co-worker, Melody, is a seductive temptress. And though Lily finds her attractive, she’s cruel and belittling.

We meet Lily in the middle of a very bad night. A woman from her past has showed up to make Lily feel bad about her life choices, taunting her and calling her weak. Soon, two men also arrive on the scene, intent on cruelly making her pay for an innocent mistake. Though Lily seems timid and scared at first, she gets pushed too far. When she finally snaps, we learn about the dark secret she’s been hiding. What happens next would make Quentin Tarantino proud.

This incredibly sexy, stylish, and fun French short boasts a killer soundtrack from Junksista, a dazzling set design, extraordinary use of color, and excellent performances from the entire cast. Lise Gardo as Lily is spectacular, commanding every scene. She’s equally convincing as  sweet and fragile, as well as an unhinged bad ass. It’s impossible to take your eyes off her.

Playfully violent and dripping in dark humor, Bitch, Popcorn & Blood is a must see short.

A young couple traveling down an isolated road encounter a hidden evil that threatens to contaminate them.

Rory and Charlotte, a young couple, are driving down an isolated road at night. They find the road up ahead blocked off by three abandoned vehicles. Getting out of their car to investigate, they find blood and clothing strewn along the road —  but there is no sign of anyone.  Inside the cars is a strange, sludge-like black substance. Charlotte sees a figure in the woods and goes to investigate. It’s a woman. But when Charlotte tries to help her, it becomes clear something is very wrong with her. She attacks Charlotte and spews the same black sludge from the cars into Charlotte’s mouth.

With Charlotte infected and suffering greatly, Rory heads back to the road to get help. But he’s more concerned with saving his own skin than helping her. It all culminates in a jaw-dropping ending that leaves a chilling impact.

Written by composer Mark Korven (The Witch, The Lighthouse) and directed by Kerim Banka (Into the Other-Side), Morbus manages to tell a rich and impactful story in just over nine minutes.

With extraordinary cinematography by J. Connor Bjornson and a haunting score by Joshua Maikawa, this frightening slice of sci-fi horror is absolutely spellbinding.

A young woman visits a spiritualist medium in order to contact her dead husband for one final goodbye.

A young widow, Sophia (Olivia Newton), visits a medium in hopes of contacting her dead husband, Adam, who died tragically and in a car accident three years ago. Sophia explains that Adam is still around; she can feel him. The medium, Charlotte (Jenn Day), asks for a photograph of Adam and places it on the table in front of her. She begins chanting, invoking the spirits, and calling on them to bring Adam forth. Soon, Adam begins speaking through Charlotte. To make sure it’s really him, Sophia asks him what the last words he said to her were, and he responds, “I said I’d never leave you.”

It sounds romantic, but this emotional reunion between a grieving woman and her dead husband soon takes a sinister turn. We learn that Adam was not a doting husband but rather a cruel and manipulative abuser who consistently gaslighted Sophia. She’s come to free herself from him once and for all.

It’s a clever and potent twist on a well-tread trope that I didn’t see coming, and it’s flawlessly executed. The two female leads are absolutely phenomenal and wholly believable, showcasing tremendous range in just a ten-minute film.

Making extraordinary use out of a tiny cast and a single, very simple setting, director Steven Sheil crafts a masterful short that is both effectively eerie and moving.

Together Till the End (Salvador Medina) 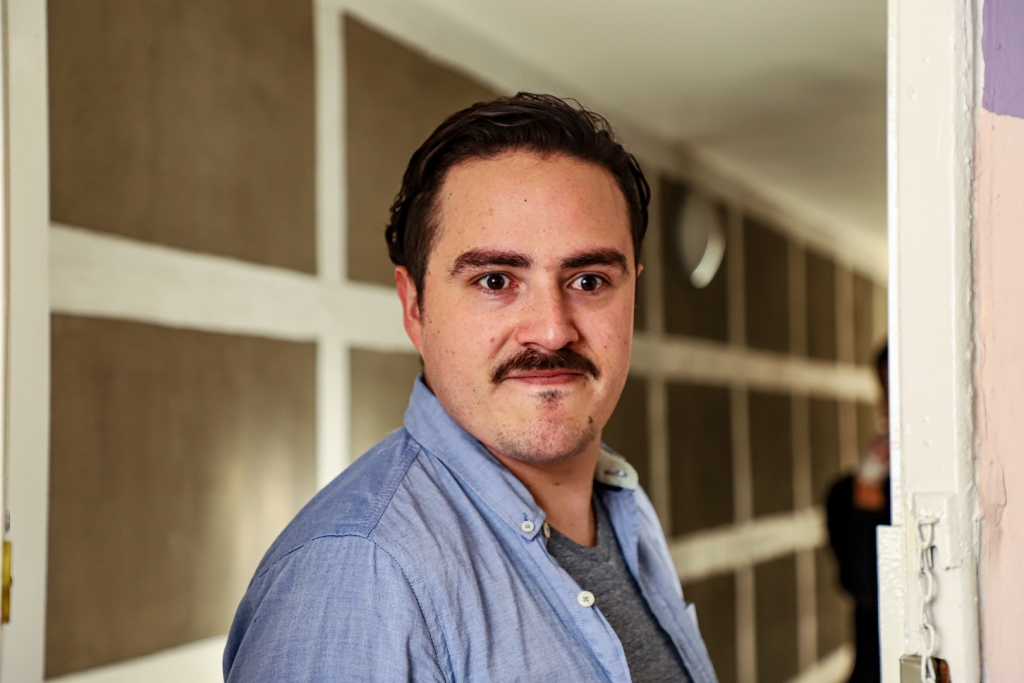 When Elena and Joaquín are about to end their romantic relationship, they encounter a small obstacle: the zombie apocalypse has begun.

In this charming and witty film from Spanish filmmaker Salvador Medina, a young couple are in the middle of an argument. Elena is accusing Joaquin of cheating after seeing a text from another woman calling him baby. He insists they are just old friends, but she is not buying it. Frustrated, he storms out. But he isn’t gone for more than few seconds before he runs back inside.

While the couple’s own little world was falling apart, so too was the world outside. When Joaquin tries to leave, he encounters zombies in the hallway. Elena doesn’t believe him, accusing him of delaying their break-up, but she soon realizes the situation is very real — and very dire. But don’t expect the zombie apocalypse to bring this couple closer together.

Together Till the End is a savagely funny short that proves relationships really are hell.

Dr. Nova Thorpe must warn everyone that something is on the loose. Something, different.

A panicked, badly injured woman, Dr. Nova Thorpe, enters what looks like a doctor’s office. She’s holding a high-tech video recorder. Outside the room, horrific screams can be heard. Something very bad has happened, and we are thrust in the middle of some unseen, catastrophic event. We begin to piece together what has happened as Dr. Nova attempts to record a dire warning message.

We discover that some type of alien creature is loose, and that she and her crew are responsible. She’s infected, and it’s spreading rapidly. She’s coughing up blood, her hair is falling out, and something appears to be destroying her from the inside. She knows she doesn’t have very long, and she begs the recipient of the transmission to find a way to stop whatever it is they have unleashed.

Director David McAbee does so much with very little. The cast consists of just one woman (a captivating performance by Kelly Kula as Dr. Nova), and all the action takes place in a single, sparsely decorated room. Yet the combination of impressive makeup and visual effects, icky body horror, and a deeply unsettling soundscape make for an unforgettably atmospheric and haunting tale of terror.

What happened to Donald?

A slice of Red Velvet cake sits on a table next to a note that says, “I’m sorry, Val. Please forgive me. I know this is your favorite. Donald.” A woman is out gardening. Her focus turns to a small shed in her backyard while ominous music plays. Later, she’s watching television when she hears a knock at the door. A woman named Bonnie has come to visit. Val tries to get rid of her; it’s late, and Bonnie is a busybody.

Bonnie expresses her outrage at what Val’s husband Donald did to her. We don’t find out exactly what he did, but it’s implied he had an affair. Bonnie mentions that no one has seen Donald around since the news broke. She notices a bandage on Val’s hand, which Val blames on a gardening accident. After Bonnie leaves, Val heads out to the shed, and we find out — in a delicious jolt of an ending — exactly what happened to Donald.

Like a delicious slice of cake following a hearty meal, Red Velvet was the perfect way to end a stellar block of short horror programming.

This wickedly fun, female-driven film is a short but very satisfying treat.