On this episode of “New Horror Express”, we talk with filmmaker Aaron Pagniano about his new vampire film “Sunset on the River Styx”. 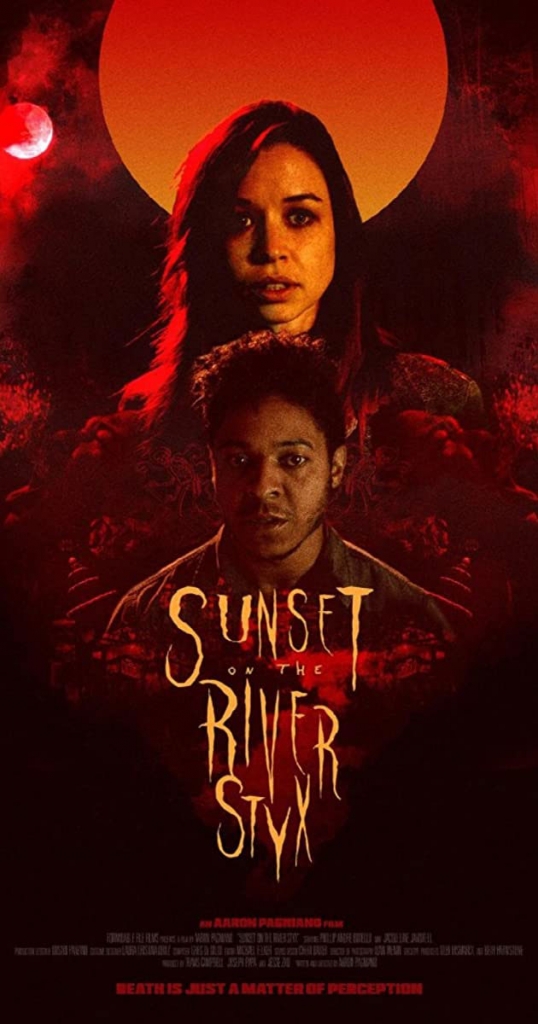 THIS EPISODE: INTERVIEW WITH FILMMAKER AARON PAGNIANO (SUNSET ON THE RIVER STYX)

NHE host Scott Murphy chats to writer/director Aaron Pagniano about his debut feature Sunset on the River Styx, a movie that is a uniquely surreal and existential spin on the vampire movie.

In the interview (beginning at 1:42), Aaron tells us about the initial inspirations behind the movie and how it was partly inspired by conversations he had with bus drivers. We also talk to him about how the central romance in his film is different from your average on-screen vampiric romance and how difficult it was to balance the various shifting moods and tones of the film.

Elsewhere in the interview, Aaron tells us about the extensive talks he had with his cinematographer to create the film’s unique visual look, as well as his thoughts on why the vampire subgenre remains ever popular.

You can watch the trailer for “Sunset on the River Styx” here.