A prime example of a video store boobie trap, “Headhunter” sucks you in with a half decent cover before delivering its deathblow of boredom. 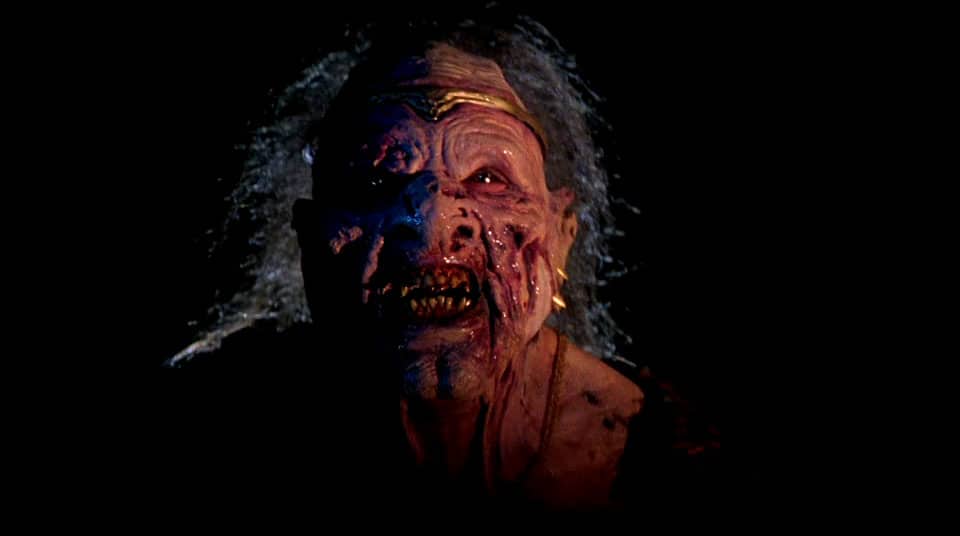 A Nigerian demon has traveled abroad to Miami to torment and decapitate those who emigrated out of its grasp, but also there’s a Detective whose Wife left him for another Woman. What’s the A-story? You figure it out. Let’s dig into 1988’s “Headhunter”, directed by Francis Schaeffer!

There is no discernible plot for most of the film. The Nigerian angle of the film is treated with derision and odium. No one attempts to act “Cop-like”.

I’ve never seen a shot set up with heavy dialogue from the back of one of the main participants before. A disorienting flow. Bad editing from bad raw footage. It’s all confusing and was not meant to be.

Kids cheer when a man is shot in a hostage situation. A sword swims through a river like Bruce’s fin in Jaws and then decapitates a woman during a religious rite. The demon, once it stops being a Raimi-like POV floating entity, is bulky, clumsy, and amoeba-shaped. Though it serves as a great cover shot once cropped.

If the whole review seems piecemeal, it had no choice but to be so. There is no structure nor attempt at pace — nor any reason to check my work and see for yourself. Let my wasted time be your guiding light to another port of blood and guts and feathered hair.

Kay Lenz played Sandy in one of my favorite horror films as a kid (and most likely the inspiration for Big Mouth Billy Bass ), House (1985).

The film starts out really strong with a tribal celebration in a legitimate South African (supposed to be Nigerian) village. I was so impressed that I was almost certain there had to be a consultant or someone involved with the production with deep indigenous roots. That came crashing down when the Police Captain started reeling off racist epithets with no push back. I hesitate to venture further into the renunciation of the “politics” (let’s be honest it’s common fucking decency to not be racist, not politics) of the production, but assumptions can be made about a South African produced film. I’ll just leave it at that.

The Wife leaving Peter for a Woman means nothing to the film and hardly plays a part in character building. It feels like it was included just for shock, which it does not accomplish. 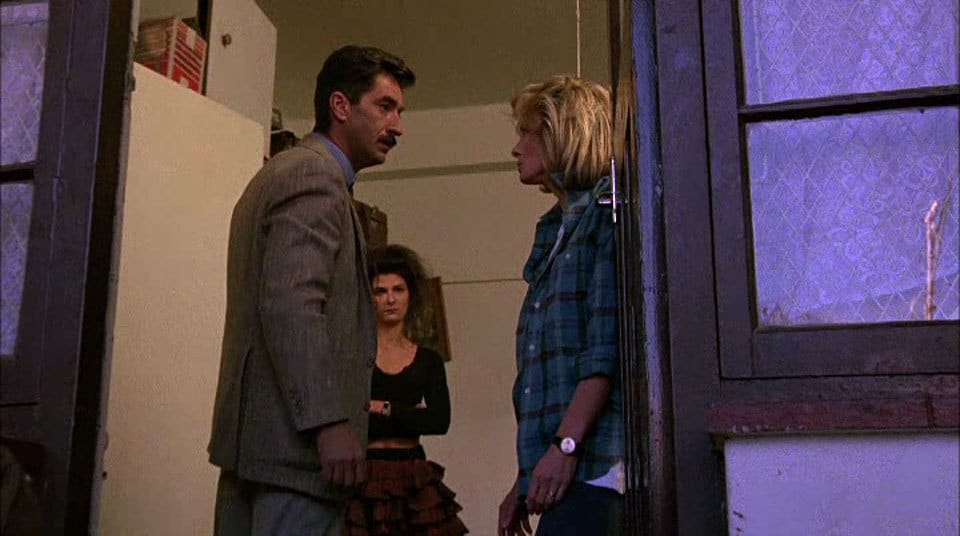 Nothing is done to make her look or act like a cop, and the wardrobe wasn’t doing anyone any favors, but Kay Lenz is undeniably beautiful and charming when allowed some screen time and has enjoyed a long career in film and TV.

If you can figure out a plot to recreate, you have a more active imagination than I.

Code Red actually spent money to put out a Blu-ray. If you’re the type that doesn’t heed warnings, you can rent it on Amazon.