On this episode of “New Horror Express”, we talk with Uruguayan filmmaker Maximiliano Contenti about his latest film “Red Screening”. 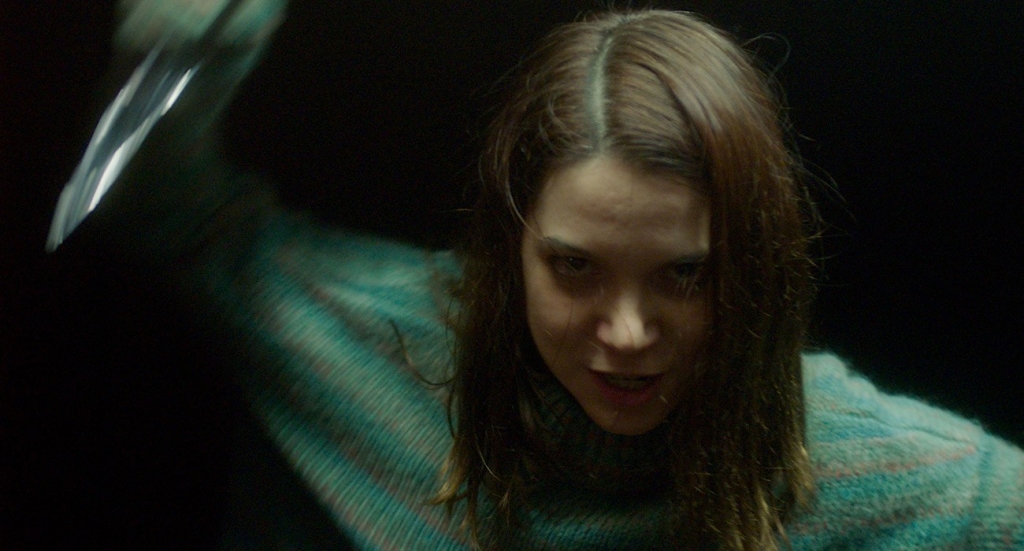 In the interview (beginning at 1:50), we talk to Maxi about how he got to shoot in the incredible old fashioned cinema that provides the film’s location, the variety of horror influences that went into making the movie, and the complex process of what was going to be the movie-within-the-movie (which, before you ask, is a real film). Also, he tells why he decided to set it in the ’90s and some of the complications they had with the film’s practical effects.

Elsewhere in the interview, Maxi tells us about why he decided to make his killer a “boogeyman” killer Ala Michael Myers, a bit about the film’s festival journey, and how he hopes to expand the Red Screening universe.

You can watch the trailer of Red Screening (AKA Al Morir La Matinee) here.