On this episode of “New Horror Express”, we talk with the writer / director duo behind the 2020 remake of “The Brain That Wouldn’t Die”. 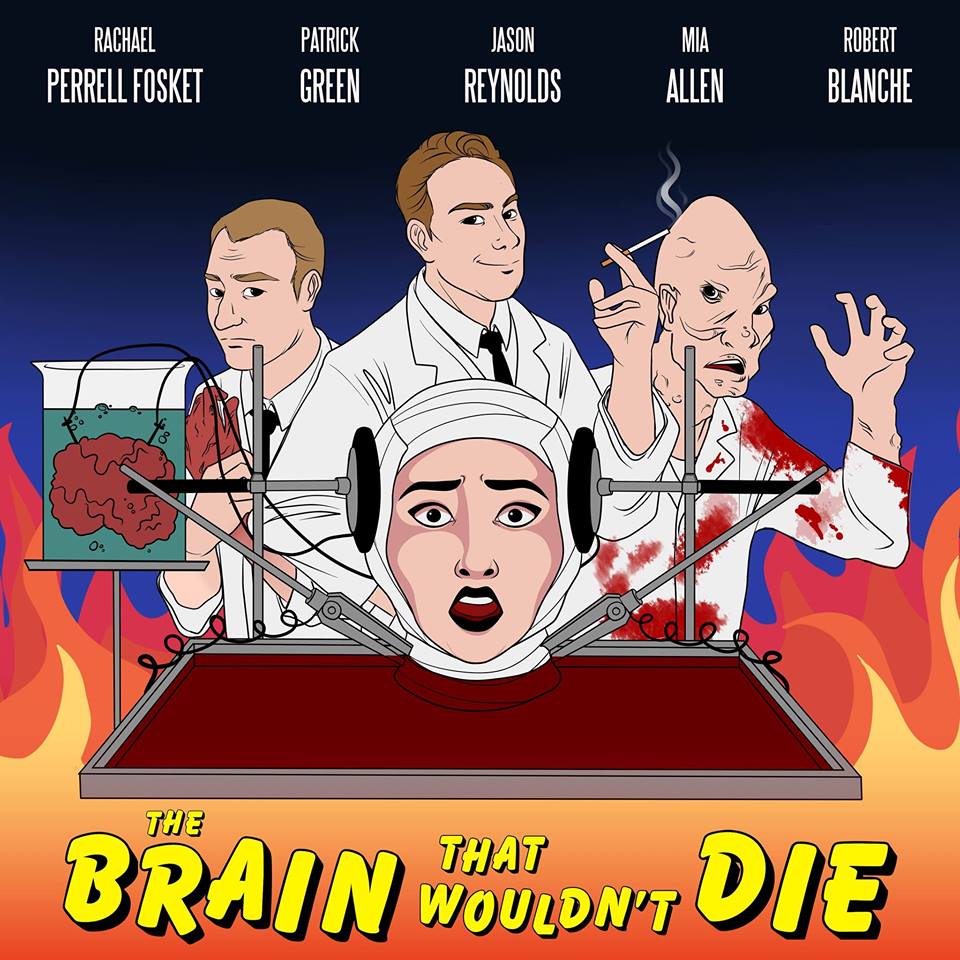 NHE host Scott Murphy chats to director Derek Carl and screenwriter Hank Huffman about their debut feature The Brain That Wouldn’t Die. It’s a tongue-in-cheek remake of the 1962 cult classic which both playfully mocks and pays homage to the original.

In the interview (beginning at 1:39), Derek and Hank tell about their relationship with the original and why they were keen to remake it. They also talk about the parts of the movie that felt needed to be updated, particularly in terms of its female characters, and delve into why they threw in a few new additions of their own. Plus, hear why Derek didn’t want to watch the original too much before going into the production and why Hank decided not to have the original’s most famous line uttered by one of the characters in the film.

Elsewhere in the interview, Scott talks to the pair about the film’s Kickstarter campaign and how the cast came together. Also, we all bond over our joint love of good-bad movies and dislike of movies that deliberately cash-in on the bad movie market (We are looking at you, Sharknado!). There is also some discussion on just what a fool’s errand Gus Van Sant’s Psycho was.

You can watch the trailer here: https://www.youtube.com/watch?v=w-KbcVlzn1s

You can watch the original The Brain That Wouldn’t Die (1962) on YouTube here: https://www.youtube.com/watch?v=WDATL2zpj6k&t=876s