“Poems of Grave Importance” is a soon-to-be-published book of macabre poetry that promises horror and Halloween fans fiendish fun. 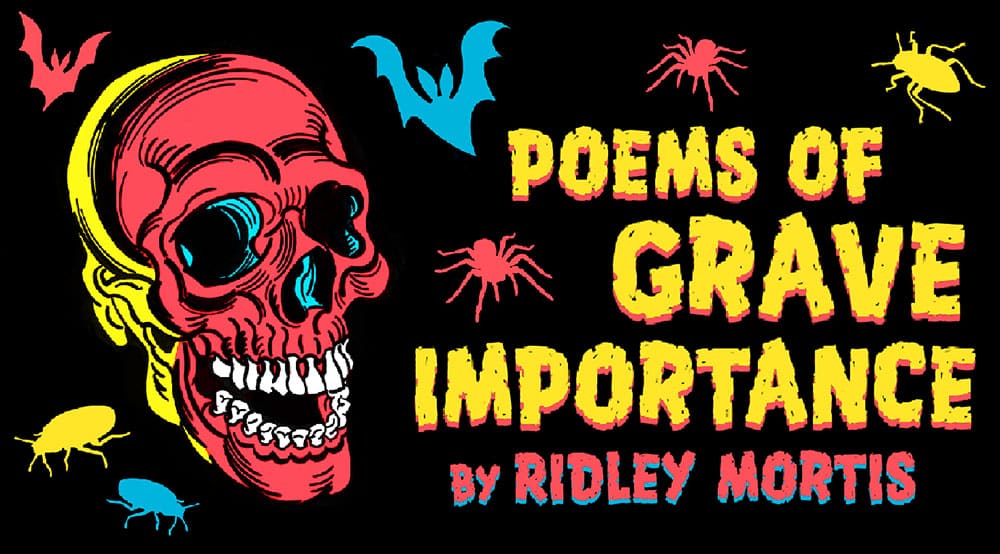 Poems of Grave Importance will be available in paperback and hardback formats, populated with approximately 100 pages of poems accompanied by evocative illustrations by genre giants Mitch O’Connell, Jeff Carlson of Mani-Yack Monsters, Travis Falligant of IB Trav, Jeff Lassiter, and many more.

If successfully funded, Poems should be available to purchase in book stores, comic book shops, and other retailers everywhere.

Between the covers of Poems of Grave Importance is producer Chad S. Hawks aka The CryptKicker, a veteran of several successful crowdfunding campaigns, ghostwriter and lyricist Ridley Mortis, and a host of horror film legends such as Brinke Stevens, Debra De Liso, Lynn Lowry, Ari Lehman, Gary Sherman, and others who have contributed dramatic readings from Poems. These readings are available as a reward to supporters.

At the time of this writing, the Poems Kickstarter campaign is over 87% funded with X days left. 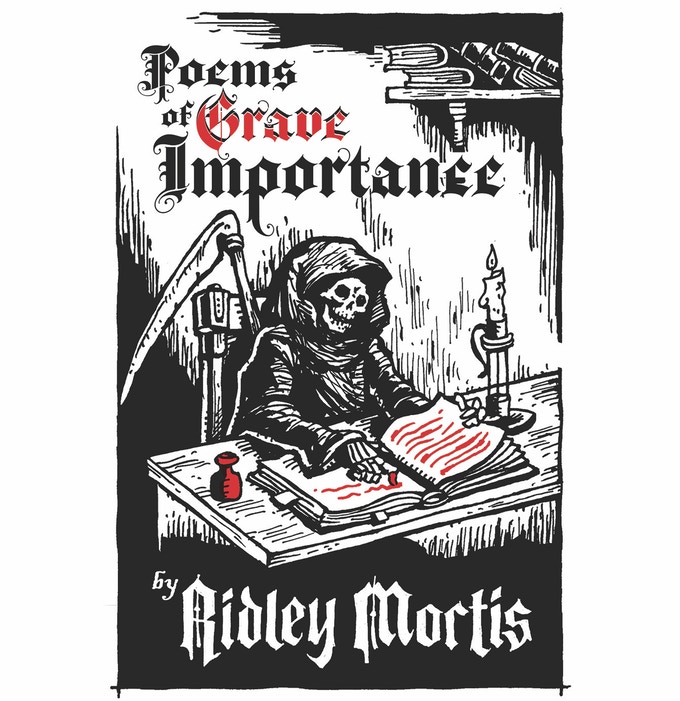 The Poems of Grave Importance campaign ends at 10 am PST on Monday, July 18. When successful, Poems and its rewards will be delivered to supporters by mid-October or before — just in time for Halloween!

More details on the Poems of Grave Importance project can be found at the link below:
https://tinyurl.com/poemsofgrave