“Pitch Dark” is a creepy and bloody tale set on a derelict spacecraft adrift in deep space, where no one can hear you…well…you know.

Leave it up to a movie junkie to keep wanting to call this book Pitch Black. And though they are both creature features set in space, they are decidedly NOT the same thing.

I don’t know how this one wasn’t on my radar, as I really enjoyed Courtney Alameda’s urban fantasy/horror mashup Shutter. But thankfully, my Goodreads book-buddy Crazy4Books came to my rescue and listed this one as a good buddy read candidate, thereby correcting my oversight. And she was correct…this did make for a good buddy read!

Ostensibly a young adult novel, Pitch Dark reminds me quite a bit of the Dead Space video games.

Non-military personnel up against mutated creatures in the deepest recesses of space…with much gore and violence. And let me tell you, I’m a sucker for tales like this. The Dead Space games gave me goosebumps due to their immersion and environment.

While I don’t get nervous or scared from a book, Ms. Alameda can certainly write tense and spooky situations with definite skill.

I hesitated to call Shutter a YA book, and the same applies to Pitch Dark.

It’s oppressive, it’s violent, and no details are skipped when it comes to the carnage that Tuck and crew experience.

Like all my reviews, I will keep spoilers to an absolute minimum. If it’s not mentioned in the book synopsis, then I’ll do my level best to not mention it here.

So, aside from bloody space monster carnage, what does Pitch Dark throw at us? Well, we get two protagonist POVs, a bit of philosophy about human nature and if we are only ever going to be more than a destructive species, as well as a little bit of teen romance. And it all works.

I’m not usually a fan of romance in my books, if only because it generally feels forced or unnecessary. But here it is effective, with a natural flow that makes sense with our characters. And it’s not all doe-eyed nonsense where they fall after two seconds. It actually grows and progresses as it should.

As for the ruminations on human nature, it’s mostly just to help set the scene for some of the character’s motivations. Still, it’s interesting that we as a species mostly only seem to wonder about the monstrous side of human nature when we are facing off against actual monsters.

But…to give away much more than that would venture into spoiler territory.

The synopsis actually shies away from what’s really going on, which is for the best. Makes it seem almost like a Montague and Capulet scenario, but that’s really not the case.

It’s hard to say which character I liked better, maybe because the first-person perspective makes it a little more difficult to separate the personalities.

That’s not to say that they don’t have distinguishing qualities, because they do.

Tuck is a brooding loner, Laura is adventurous and outgoing. While Tuck has a natural disposition towards gloom and defeat, Laura is optimistic and hopeful. But regardless of their differences, the two have a natural rapport and complement each other very well.

Once they got their initial meeting out of the way, I was pretty well invested in their struggles (together and individually). They definitely make an effective team.

I could definitely commiserate with Tuck and his emotional disconnection at times, as I’ve been that young man (a long time ago).

I think Ms. Alameda has a good handle on what makes a young man tick and was able to channel this effectively into a believable “everyman”. The fact that Tuck loves, and quotes, 20th-century films just endeared him to me even more. Cuz, I’m that guy. So, I like it when I meet another one of my tribe.

But while she does well with Tuck, she absolutely knocked it out of the park with Laura.

She’s impulsive and still figuring out the labyrinth of adult relationships. Despite her youth, she is the most capable person in the book. And though she’s had some terrible things happen to her, she’s never a victim. She owns her mistakes, and then immediately looks for a way to make things better. And not just better for her, but for everyone.

I’ve said it in other reviews, and I’ll echo it here…

I’m loving that more and more authors are bringing strong independent women to the fore to carry these stories. 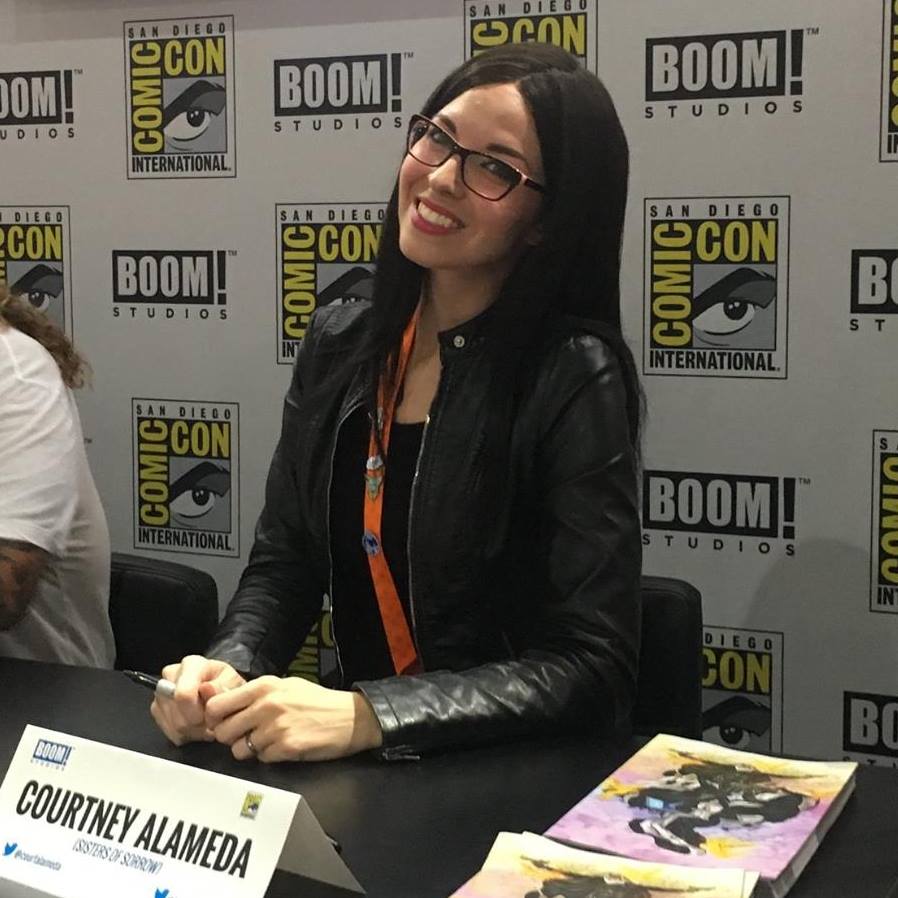 Where other books have severely mishandled female characters (cough cough, Twilight series) many of the books I’ve read lately have eschewed that pitfall and given us truly independent and self-assured women.

While we do get to see some of the other relationships Laura has cultivated, we get almost nothing for Tuck, who remains pretty much a cipher for the whole tale. Given the events that transpire on the John Muir ship, I actually expected there to be more comradery and personality with the crew, but that never really manifested.

When we do get supporting characters, they are generally well written, if just not present enough. And maybe that’s just another hardship with a first-person tale, as so much happens internally that everything external suffers a bit.

On the antagonist side of the house, we have two varieties.

There are the human antagonists, who range from meh to pretty effective villains.

Then we have the monsters, and boy are they dangerous — and pretty interesting too. After reading a lot of sci-fi (and a fair bit of horror), it’s hard to find something new or exciting. And while some of the concepts at play with the monsters aren’t brand new, they are written in such a way here that they feel fresh. The monsters are deadly, and our heroes are not immune.

If there’s one place that Courtney Alameda really excels, outside of good ideas and a well-paced read, it’s with setting a scene. 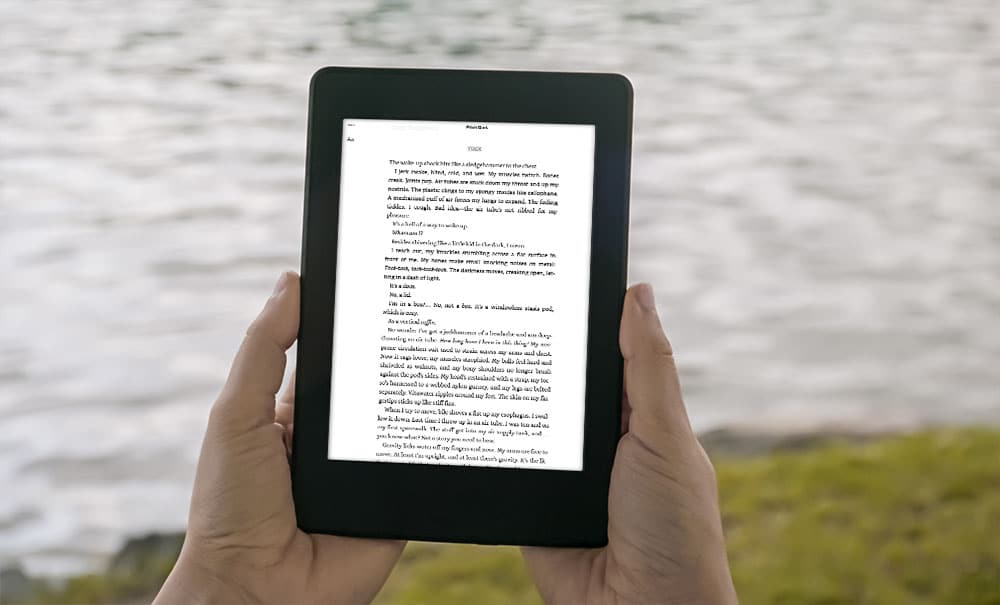 She has tension down to a science, and I loved that our heroes were never really out of harm’s way.

They aren’t miraculously injury-proof either. They get hurt. A lot. I like my human characters to be, well, human, and both of our protagonists are written in realistic ways. The dangerous situations they find themselves in give them pause. These aren’t mercenaries or soldiers; they are young people who are in a crazy situation but know they have to help make it less crazy.

A spaceship can be a highly effective setting for a horror tale (Alien anyone?), and Ms. Alameda squeezes every ounce of dread and terror from the setting.

I hope she writes more scary Sci-Fi stories down the road, as she’s definitely got a knack for it.

So those are the pros…but what about the cons?

One of my main hardships with Pitch Dark was the excessive witty banter. It’s not that I have a problem with witty banter necessarily, as I certainly don’t. But there are times when witty banter is appropriate, natural, and expected. And when used at those times, it’s great. But no, the problem here is that there are several moments in the book where it’s completely out of place.

There’s one part of the book near the end when two people who barely know each other are slinging one-liners and off-the-cuff puns at each other while in the middle of several life-or-death struggles. One off-hand comment I could see happening, but to carry on a whole pun-ishing (see what I did there?) conversation while literally fighting for your life just felt false. Especially when one of those characters has spent years living virtually silently.

Somehow, in the middle of a situation that requires utmost concentration, these two characters are actively trying to come up with funny puns, even while being scared to death. It just didn’t work and served only to diminish the drama and effectively pull me from that part of the tale.

The book is also written in a rather casual way, full of figurative language, with plenty of similes and metaphors to enrich the storytelling. And it generally works, except that it’s slightly overdone.

I think that’s one of the main drawbacks to first-person storytelling. It seems very easy to fall back on similes to help convey detail. Again, for the most part, it works, but one gets the impression that both of the leads only ever think in figurative language. Which, hell, maybe they do, and I’m just the weird one.

I’d say my only other point of contention is the motivations of one of the factions within Laura’s crew.

Their ship has been doing deep-space recovery for years, but there’s a small contingent of the crew looking to sabotage the whole operation. And they’ve had years where Laura’s ship has been running to and fro where they could have caused all sorts of problems or even completely destroyed the ship. But…they just waited until their ship met up with Tuck’s ship? His ship isn’t the first one that Laura’s crew has come across, but this time the sabotage crew really means it?

It’s obvious from their actions that self-preservation isn’t an issue. So, why the casual reluctance to actually sabotage the mission so many years in? It just seemed…odd. But, I suppose, if the sabotage crew HAD done their job effectively, there wouldn’t have been a book. So…points to Gryffindor?

Pitch Dark has quite a bit of banter (as well as a few one-offs cleverly hidden) that references our modern movie and music landscape. And while it never achieves Ready Player One levels of pop-culture references, this book comes awfully close.

Seems like Ms. Alameda and I watch and recall all the same movies, as none of the references flew over my head. It’s nice to be on the inside of the inside jokes for a change.

So I liked Pitch Dark quite a bit. I even liked it better than Shutter, which I definitely enjoyed. And it would have been easy for Courtney Alameda to stick with another urban horror book.

Kudos to her for branching out and going a different direction entirely. 4 out of 5 derelict and bloody stars!