This week, we explore the mysterious celestial language known as Enochian, including its history and ties to magical lore and pagan practices.

EPISODE SUMMARY
After a brief hiatus for a killer series on iconic slashers and a couple of Ominous Interviews with our podcast network hosts, we’re back exploring more myth and magical lore — this time digging into the mystery of the Enochian language. 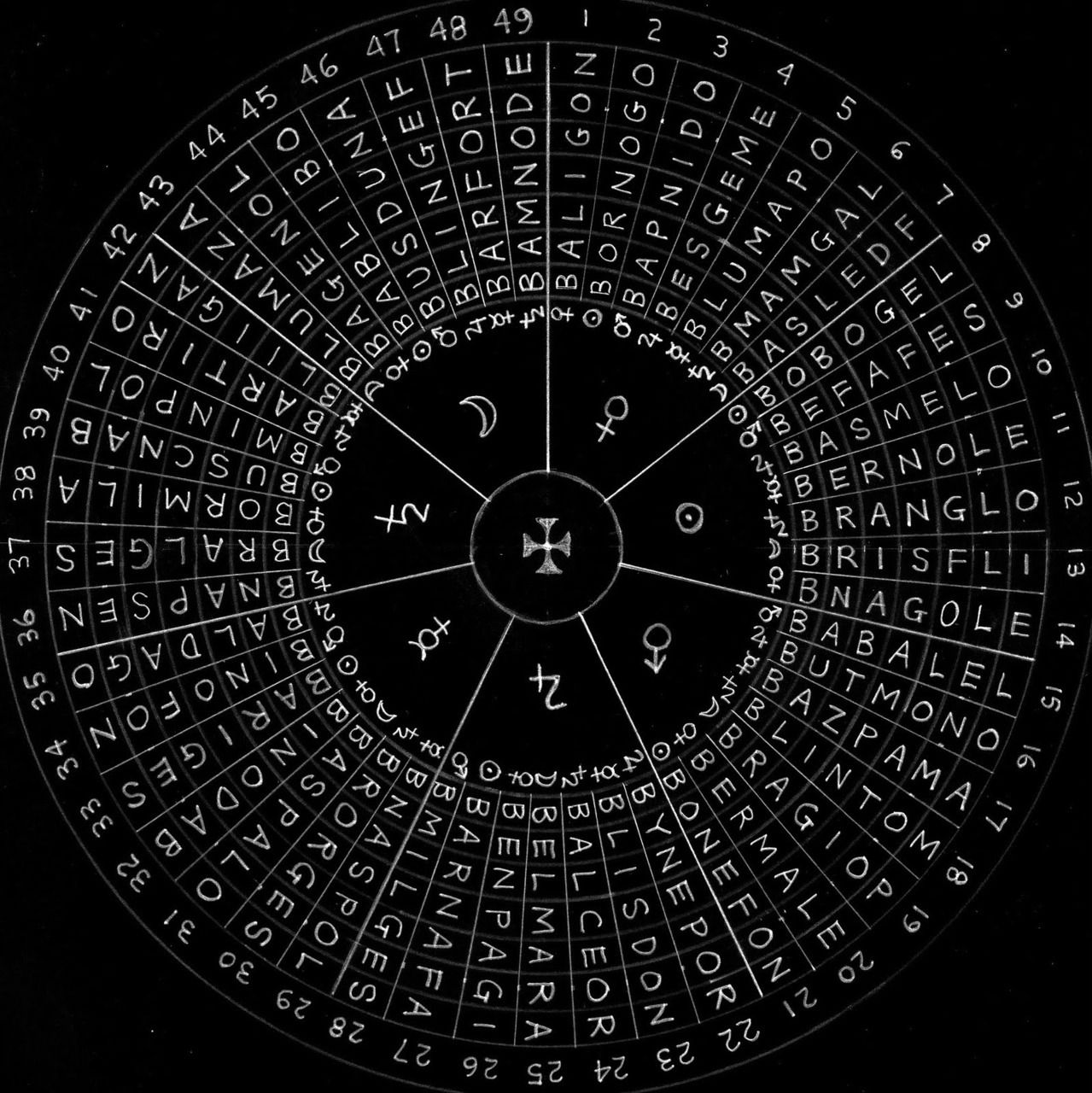 In a time in which the world could use a little magic, we have the Enochian language. Originally thought to be the language which Adam first spoke. it was also the celestial language — otherwise known as the language of the angels, or God’s language. For centuries, it was believed that the Enochian language was lost forever. People had heard of such a thing, but, ultimately it was either just a legend, or a language simply lost to time.

It was thought the closest we had to the language was Biblical Hebrew. That was until the 1500s when one John Dee and his colleague, Edward Kelley, were supposedly chosen as prophets to learn the the lost language; the first since Enoch to get such a privilege.

Over the years, it once again seemed to disappear, with Dee’s work and the illustrations from Kelley lost. Then a group known as the Golden Dawn stepped in to continue Dee and Kelley’s research into the Enochian language and, in turn, magic. Though, I don’t want to give more than that away.

What you need to know, is that a lot of magic beliefs spread from the Enochian mythos — Wicca draws from it, as well as tarot. It’s incredibly fascinating to read about this lost language, and how it has evolved over the years, as well as how influential it is to millions who may not even be aware of it.

On a personal note, I’ve been quite interested in different forms of witchcraft and magic for as long as I can remember. What I’ve learned is that these words, runes, spells, sigils, and so on, have the potential to be very powerful. A lot of it is about belief, and a lot of it is about self-empowerment. Whether the magic itself is real, self-empowerment and belief are never bad things.

To learn more about the language of the angels, be sure to give the episode a listen.