A missing boy is found seven years later stuffed in a cabin chimney, and that’s not even the most disturbing part of the Joshua Maddux case.

EPISODE SUMMARY
Back again with another true crime case for you. And like most of the cases that I cover on this show, this is another strange one. It involves 18-year-old Joshua Maddux, an outdoorsy kid who enjoyed a good hike through the woods in his hometown of Woodland Park, Colorado. However, one day during one of these walks, young Josh never came back home. 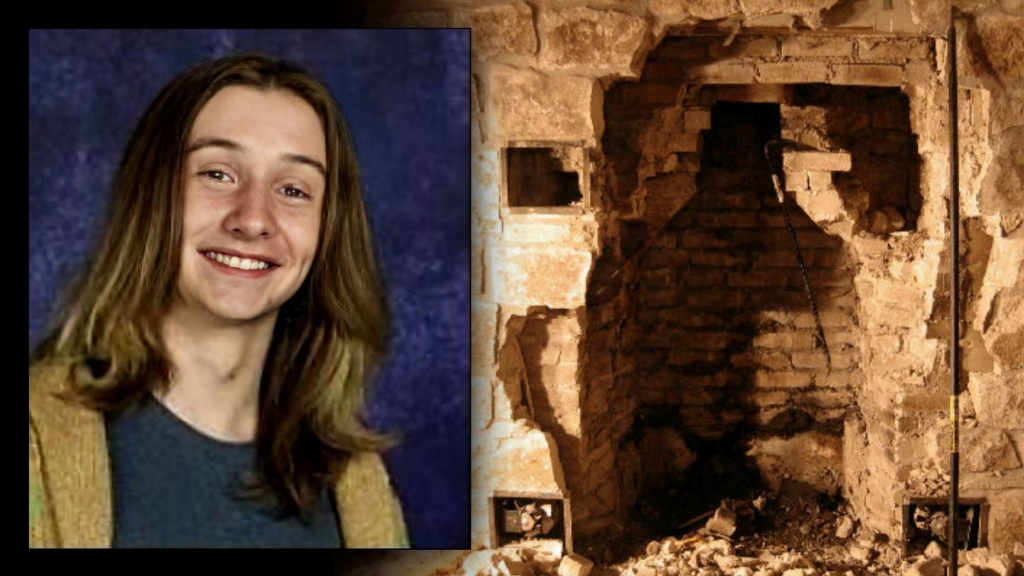 There are quite a few oddities with the case of Joshua Maddux’s strange disappearance, starting with the fact that it took his dad five days to report him missing. Then we have the seemingly incompetent coroner who was adamant that the death was accidental and that Josh put himself in the situation in which he was found.

Well, how about folded nearly in half, in the fetal position, stuffed inside of a chimney in a cabin roughly two blocks from his house. Oh, also, when he was found, he was wearing nothing but his t-shirt, with the rest of his clothes, including his socks and shoes, folded neatly inside the cabin.

One final note here: he was found seven years after he went missing, even though he was so close to home.

You may wonder why I call the coroner incompetent? Well, he insisted that Josh went inside the cabin, stripped down to his t-shirt, went outside, climbed down the chimney head-first that had metal grates installed to keep animals out, and got himself stuck while folding himself in half. Yup.

There’s a lot more that makes this case weird and suspicious, but you’ll just have to listen to the whole thing in order to get the scoop.

Be sure to leave a review on iTunes or Stitcher, or wherever you get your podcasts. 5-Star reviews do indeed get a shoutout, so if that tickles you the right way, be sure to leave one!