While not quite as strong as its brilliant predecessor, “Creepshow 2” remains a strong anthology film that has earned its cult status. 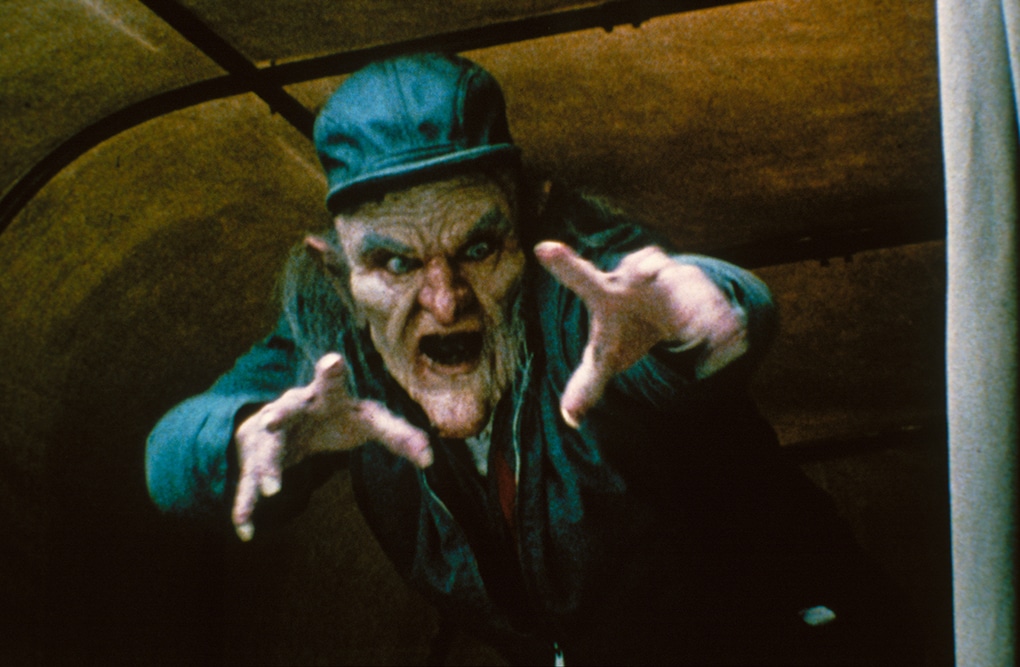 Released on May 1, 1987, Creepshow 2 is a fun ride and a cult favorite among horror fans. But is this film just as strong as its 1982 predecessor, and does it hold up against modern media?

With a five-year difference between this 1987 sequel and the original Creepshow, there are noticeable differences between the two films. Originally slated to include the same amount of shorts as the first film, some segments in the sequel were cut due to budgeting.

One of two missing shorts was one titled Pinfall, an original yarn created for the film and focuses on a bowling team of ghosts. The premise sounds like a fun venture which could have added lighter moments to the film overall. However, perhaps cutting this one was a smart choice. Considering the heavier tones of the shorts that did make the film, a lighter or comedic take would have stuck out like a sore thumb.

The second omitted tale was The Cat from Hell (which later found its well-deserved home in the sister film, Tales From the Darkside). This short story first appeared in the June 1977 issue of gentlemen’s magazine Cavalier. Ultimately, this piece may have been too robust to fit the overall feel of this compendium and perhaps overshadowed the other works featured. Yet, The Cat from Hell would have been a solid entry and would have marked the second installment based on the published work of King. 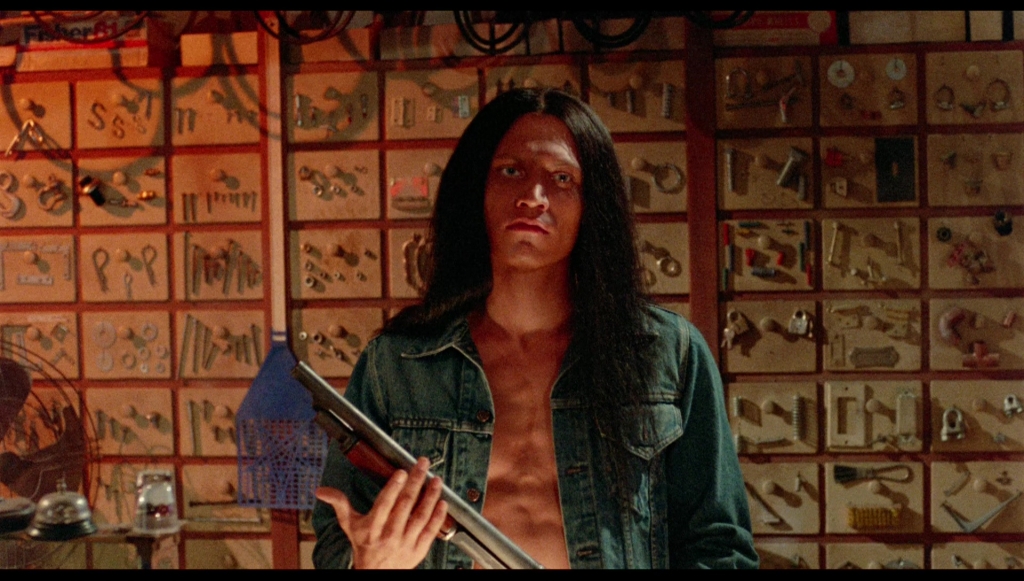 David Holbrook plays crony Fatso Gribbens. Audiences may recognize him as the son of celebrated actor Hal Holbrook, who made an appearance in The Crate segment of the original film. Old Chief Wood’nhead is also one of two initial treatments offered in this sequel and ties in well with Creepshow (1982).

The setup is predictable yet satisfying. The namesake character, a cigar store Indian, is introduced early and holds interest throughout this short form feature. Ray and Martha Spruce are an elderly couple who have shown compassion toward the local Native American tribe.

Things take a dark turn when a pouch of turquoise jewelry is offered in bond as the clan works toward paying off their debt to the general store. It isn’t long before ruffians vandalize, rob, and murder.

This narrative is a time-old tale of an avenging spirit setting things right. The Wooden character fits perfectly with the overall theme and does not come off as kitsch. All actors play their parts assuredly. The plot, pacing, and development flow well. This short is a good intro and nicely sets the tone for the rest of the film.

The second depiction, The Raft, is an excellent entry and compliments the established tone. 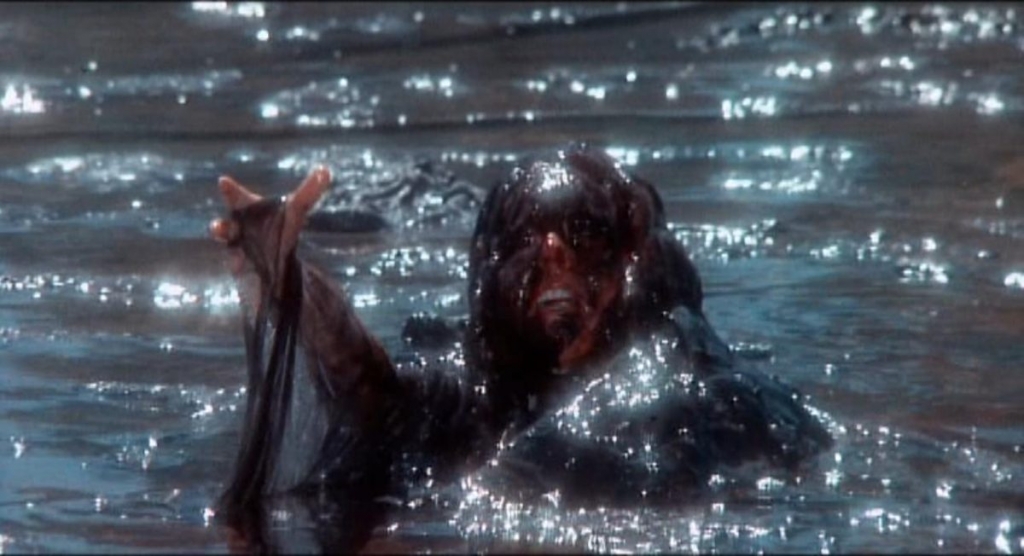 This tome was initially published in the November 1982 issue of Gallery and made another appearance in Skeleton Crew, a collection of short stories. Putnam published the digest in June 1985 (two years before the anthology in discussion).

The filming of this segment went well, but not without its hitches.

Actor Daniel Beer (Randy) suffered a life-threatening experience when his body began reacting negatively to the cold water. Beer was taken to the hospital and treated for hypothermia. Further, Ed French, the tasked Make-up Artist, did not complete his contracted task for the blob creature and was replaced by Howard Berger and Greg Nicotero for the remainder of the film.

Regardless of these issues, The Raft is a memorable entry that is just as strong as Old Chief Wood’nhead.

The Hitch-hiker is an original creation for the Creepshow 2 anthology, but is, unfortunately, a rather bland one. The story depicts a greedy, self-absorbed businesswoman committing adultery who is still concerned with cost and production regarding trysts with her gentlemen escort, as well as vehicle damage incurred from an accidental vagabond killing.

The dulling point in this feature is the third act.

This selection holds good tension alongside dark humor, but this selection falls short when compared to the two preceding installments. The overall film may have been stronger had this portion been cut or substituted for a different item.

Annie Lansing is not a redeemable character.

The animated wraparound is entertaining but an obvious intermission to pad out a film with less material than its predecessor. 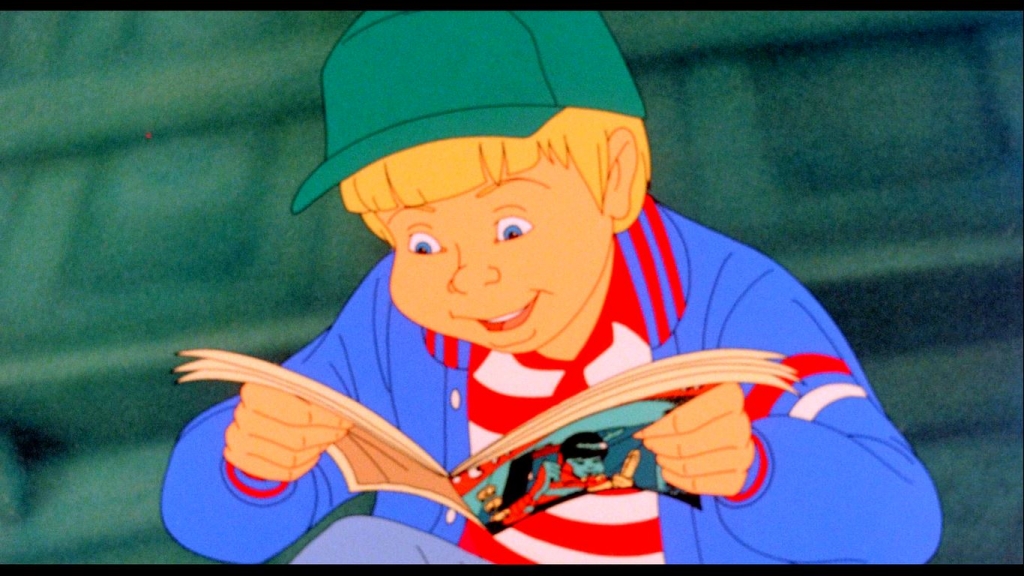 The premise is simple; a bullied young boy purchases a flesh-eating plant from the obscure back pages of the Creepshow comic he had purchased earlier in the film. These paper format “dark web” pages and exceed their promise. One speculates that the boy, Billy, has been buying these plants gradually and planting them in a death garden that he will later lead his victims.

These animated breaks are entertaining and succeed in holding interest and mystique as the audience is gradually presented with a continuation of the story. But is this segment the glue that holds the film together? Not really; this story also seems to be a little lacking.

Creepshow 2 calls back familiar faces from the original production. George Romero changed hats and returned as a screenwriter collaborating with horror writer Stephen King. The latter wrote the treatments with further development by Romero. Returning alumni include Michael Gornick, who directs; he initially served as cinematographer on Creepshow (1982).

Rick Catizone is also a repeat of the original film crew. Catizone pulled double duty on Creepshow (1982), working as both animator and makeup effects assistant. In the sequel, he serves as the supervisor for the animation department.

Catizone also returned as an animator for the Shudder original Creepshow series, season one, and was present for all six episodes. Other well-known animated works include the creative transformation of Henrietta and the disembodied possessed had of Ash Williams for the Evil Dead 2: Dead by Dawn

Creepshow 2 won no awards but did garner Saturn Award interest with a nomination for Dorothy Lamour as Martha Spruce (Old Chief Wood’nhead) in the Best Supporting Actress category. This part was Lamour’s last film role.

CREEPSHOW 2 is not a perfect film, but it is still a bit of cinema that horror enthusiasts can gather around and enjoy. The film can be streamed on Amazon Prime, Shudder, and Tubi.