They Mostly Podcast at Night: The Comedy of Terrors

This week on the cast, Chaos & Carnage celebrate Vincent Price Month by digging up 1963’s killer horror comedy, “The Comedy of Terrors”. 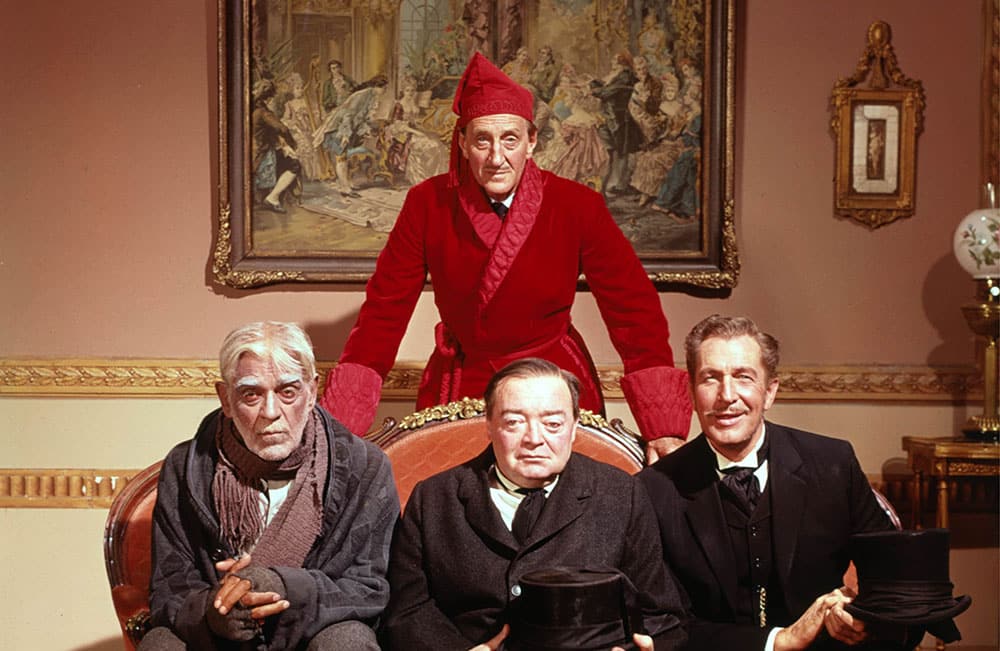 A macabre podcast featuring 4 great names from the Horror Hall of Fame!

The man. The myth. The horror legend. Vincent Price. Week three of our tribute delves into the even more campy side of the master of horror. Make sure you bring your tents and s’mores supplies.

“Undertaker with entrepreneur acumen decides to make his own business, but for some reason, people think this is wrong. No real awryness in my book.” – Carnage’s Five Second Summary

Vincent Price stars as Waldo Trumbull, the money-hungry go-getter who decides to not wait for people to just die on their own! He makes his own clientele. Can you really fault someone for growing their business with just their own two hands….and the occasional lock picking escaped convict?

Where’s Waldo? Well, he is hovering above you while you sleep, wielding a pillow. Hey, the man has to make his rent somehow. And to be fair, he only kills old men. Mostly. Plus he has a very low carbon footprint and believes in ‘reuse, renew and recycle’. He recycles the same coffin over and over and doesn’t let any pesky wood or metal coffin stand in the way of those corpses mulching the soil.

Make sure to watch The Comedy of Terrors first, unless you want to be spoiled like the lucky little maggots at the graveyard.

Then make sure to go check out this week’s episode with those maggots, Chaos and Carnage.

The Comedy of Terrors is streaming on Amazon Prime.