A terrible off-shoot of a classic horror story, this one needed no new transfer for posterity and was best left in the VHS dungeon. 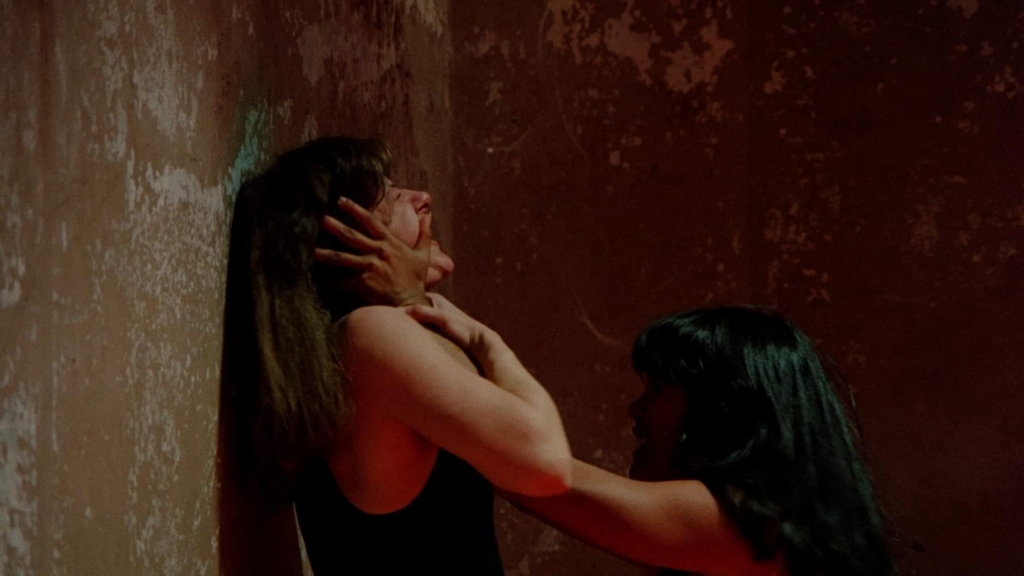 Almost completely devoid of lighting, it’s hard to even appreciate the cinematography of this late 70’s exploit, as you can hardly see anything.

Though the cover art features illustrated nude women, a print ad that has this film double-billed with Driller Killer (1979) claims “there are no explicit sexual scenes” and focuses more on the allure of a film “…TOO VIOLENT…” for a rating to pull in its bloodthirsty, hormonal audience.

There’s not much to analyze here.

The film is either test subjects fighting in a basement (“dungeon”) or Jekyll — billed as the great-grandson of the original Jekyll – prattling on about the pointless experiments he’s conducting. The fights are at first reminiscent of the “Mandingo fighting” in Tarantino’s Django Unchained, and Jekyll even remarks how his white test subjects have been more violent and hostile, which will of course require him to up the dosage. 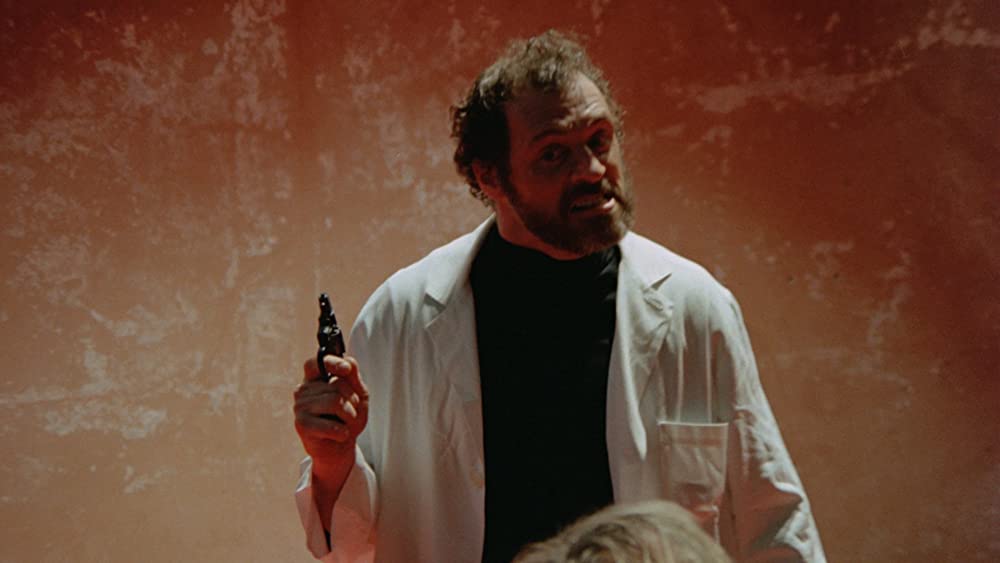 The performances are ridiculous.

Mathers chooses a peculiar diction and cadence and runs with it, and sister Hilda (Nadine Kalmes) practices how wide she can open her eyes for just about the entire film.

So little happens. So much of nothing.

The best shot of the film is the last with the silhouette of a hanged Hilda swinging in the upstairs window as police arrive and Jekyll pronounces“I won!” maniacally.

Most of the actors hold this film as their only credit, but James Mathers (Jekyll) was in the fabled The Poughkeepsie Tapes (2007).

Jekyll is portrayed as a slug of a human (no offense to Slugs – big ups to Sean Daley) and his actions and dialogue are repugnant throughout. Almost any of his diatribes about his test subjects can be labeled gratuitous if you took any of it seriously (you shouldn’t). 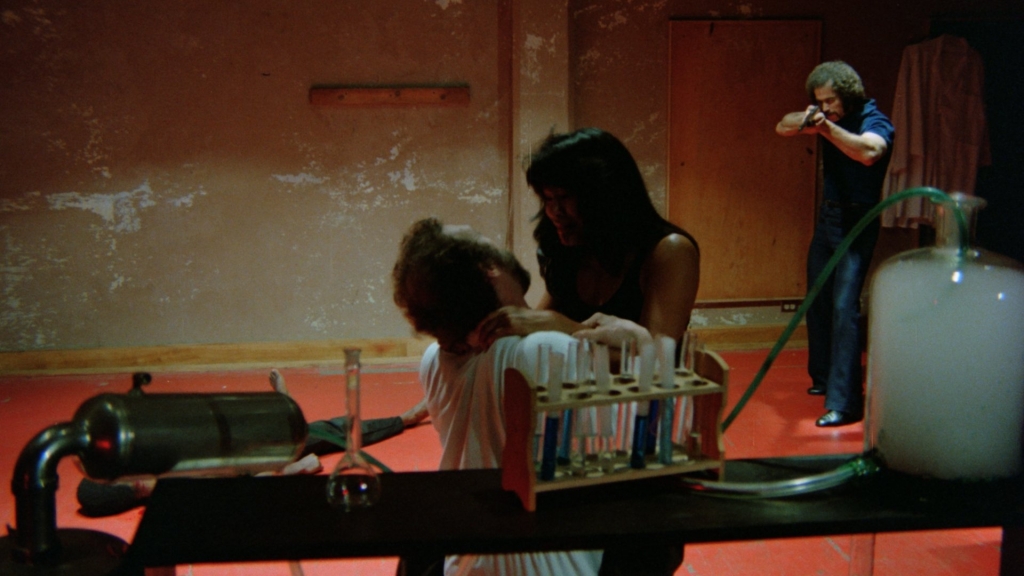 Damn, there were some ripped fighters in this film. The fight scenes are the real meat and potatoes here, and it inspired me to think of them in an action film, where they are better fit to excel.

The subject matter is tricky but there is some meaningful metaphor here if handled correctly. Not sure the relation to Jekyll is necessary to resurrect but a focus on telling an actual story would be a needed upgrade.

There have been many adaptations of Strange Case of Dr. Jekyll and Mr. Hyde both before and since but none related to this tangential interpretation.

Vinegar Syndrome released a Blu-ray as part of their Archive series with a limited-edition slipcover and limited to 3,000 copies. It can also be streamed on Tubi.