Panic Fest kicked off another incredible year with a brilliant block of short horror programming; let’s look at a few of our favorites.

The first block of shorts from the Panic Film Festival started off Thursday night and provided us with a scrumptious meal of an opening. After a ride of grit, nostalgia, some comedic relief, and a little too real of a horrific ending, we are ready to share some of our favorites from the evening as we wait for the next.

It doesn’t get better than a good horror short and this set did not disappoint. Luckily, this is only the beginning of the shorts to be shown at this year’s Panic Film Festival, a promising sign that we are in for all sorts of goodies this weekend. 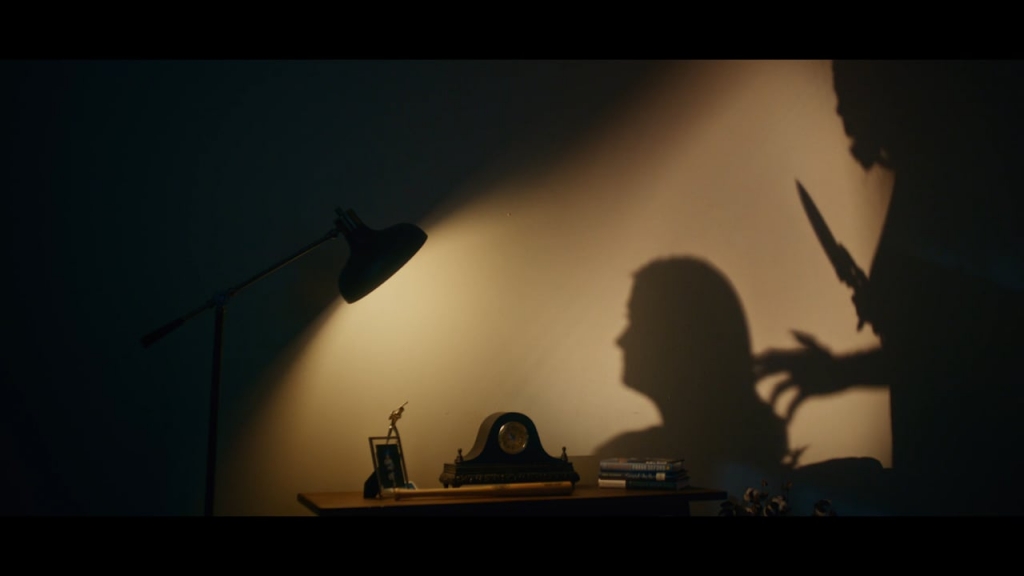 An over-bearing mother helps her son and his girlfriend settle an argument over Thanksgiving dinner plans.

CROCK POT opens on a spooky claw reaching for a kitchen knife, which is ominous enough as the scene easily transitions to a couple fighting in their home. Not sure what to expect or when to expect it, but delighted by the idea that something evil is hiding beyond this argument, we’re introduced to Gary (Mike Anderson) and Tina (Jessi Burkette) who are arguing over a very well-placed red Crock Pot. Tina, who clearly doesn’t enjoy the company of Gary’s mom, struggles to get her point across about making Thanksgiving dinner, and the two end up separated for the evening. Gary heads off to bed and Tina stays up to make ‘dinner’, but then instead makes popcorn for her own frustrated movie night.

Writer and director, Ty Jones doesn’t disappoint with this opening short. A film that could have been a simple scare, becomes twisted and fun. What seems to be your typical man child who has been overly taken care of by his mother, turns out to have more of a dark plot with some delicious effects and a meal that… I’m honestly not sure how long would take a crock pot to actually cook all the way through.

CROCK POT is a tasty treat of a film that shouldn’t be missed. 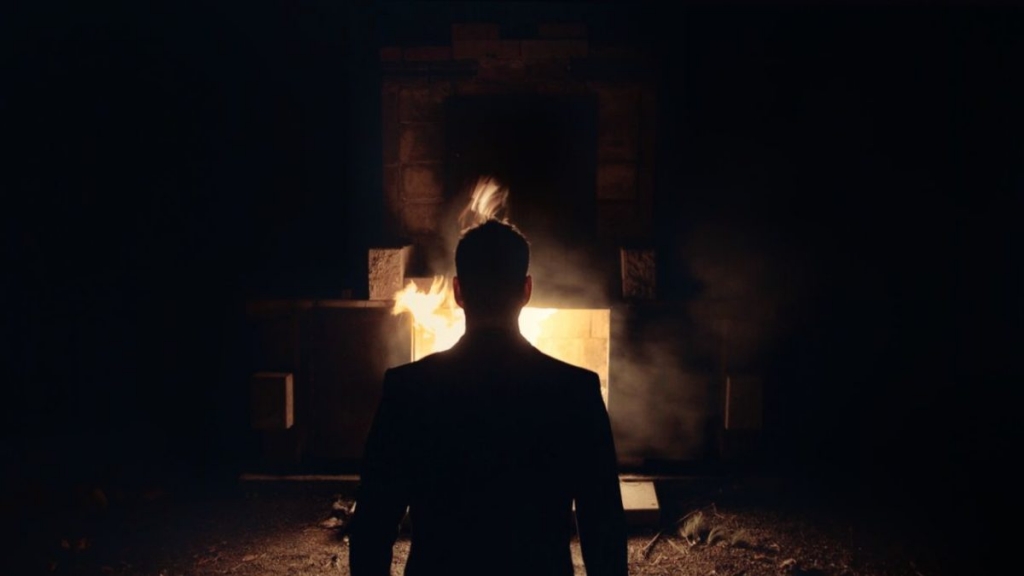 A man struggles to cope with a loss as he attempts to find new ways to heal.

YUCK! I loved it! This one had my skin crawling as writers and directors Paolo Mancini and Daniel Watchorn flaunted their ability to make viewers cringe and need more explanation all at the same time. To watch means to experience the foulness, and to close your eyes means you will miss every vital detail Mancini and Watchorn have written and filmed.

Opening with a man’s ‘homemade transfusion’ device, we meet Getty (Bruno Verdoni) who is obviously doing something super dangerous and disgusting that he probably shouldn’t be doing.  There’s blood everywhere as we hear a rugged narration, attempting to provide a hint of what might be going on. We realize Getty is in mourning, but there is still an overwhelming curiosity about his purpose or goal by using the transfusion machine. We watch him become more and more desperate, trying to come up with different plans and methods to use the blood he’s collected. It’s definitely around this point that we can begin to question his sanity and safety.

Regardless of the logistics of his plan, the horror we see is a man experiencing loss, solitude, pain, and attempting to cope. It’s both heartbreaking and vile as the blood never stops. BLOODSHED takes you directly to this lonesome place, where you can almost smell the earthy tones and humanity.

Affecting all of your senses, this one stays with you for longer than you may want it to. 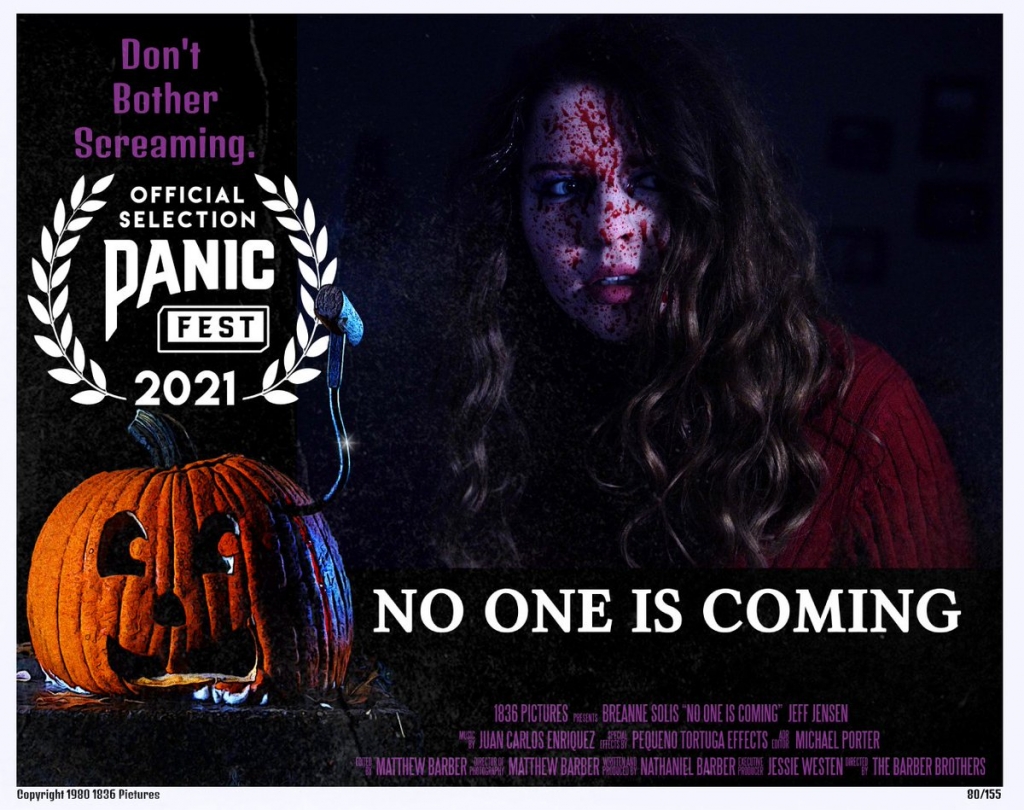 Alone in a cabin, a woman waits for her boyfriend only to find out she may not be the only one waiting.

A risky task, this film takes us back to a woodsy cabin in the fall of 1980. Reminiscent of 80’s horror favorites, NO ONE IS COMING is delightfully fun and does a great job at giving us a genuinely retro tone.

Once the scene is set, we see Ellen (Breanne Solis) arriving at a cabin to wait for her boyfriend for a possibly romantic spooky night to themselves. Just as we would hope, something is not right about this cabin as we watch Ellen unknowingly wait in a cabin full of open windows. But, just when you think Ellen is a typical kind of final girl, she lets us know she’s a little more rational.

The unseen is the scariest of this short, leaving the audience to come up with what might be creeping upon Ellen. Eventually, we all find out who or what else might be waiting besides Ellen.

If you’re missing the Halloween spirit, NO ONE IS COMING is sure to give you a taste. 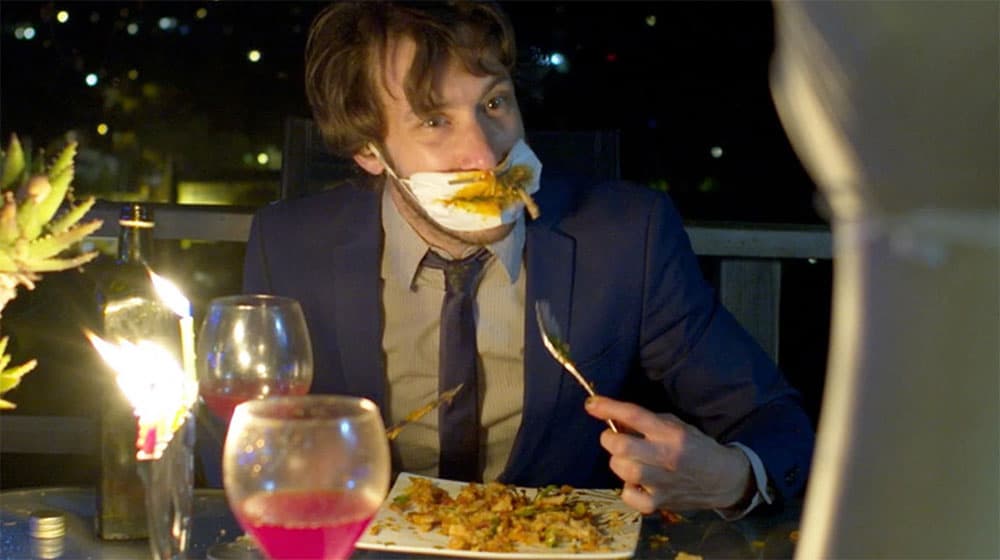 A man experiences a global pandemic.

Holy what is happening??? While it shouldn’t feel anything like reality, this one felt almost the most relatable. Coming in hot, the film is packed with quick edits, absurd visuals, and a lot of one person playing multiple roles. At first, I thought something got disconnected and I may have been watching the wrong thing, only to realize filmmaker Ryan Oksenberg’s artistic approach to horror is exactly that: horrifying.

This short is confusing but also, not at all. It’s simple and simultaneously completely irrational. Ryan Oksenberg did everything from directing to writing, to acting and composing, in this freakishly wild ride. What feels like more of a parody of our own reality, NEW NOT NORMAL TRILOGY punches you right in the face with heavy quarantine vibes and an entertaining chain of scenes, clips, and storyline. If you’re wondering how to safely create a film featuring multiple characters during a pandemic, Oksenberg’s answer is to hire mannequins.

Possibly both immature and too mature for its own good, NEW NOT NORMAL TRILOGY is for any human who lived through a whole year of “uncertain times”.