Posted by:
Tags:  Chaos and Carnage horror comedy host podcast quarantine horror They Mostly Podcast at Night What We Do in the Shadows

Chaos and Carnage travel back to lockdown and the birth of Zoom horror with “Host”; plus, 2014’s vampire comedy “What We Do in the Shadows”. 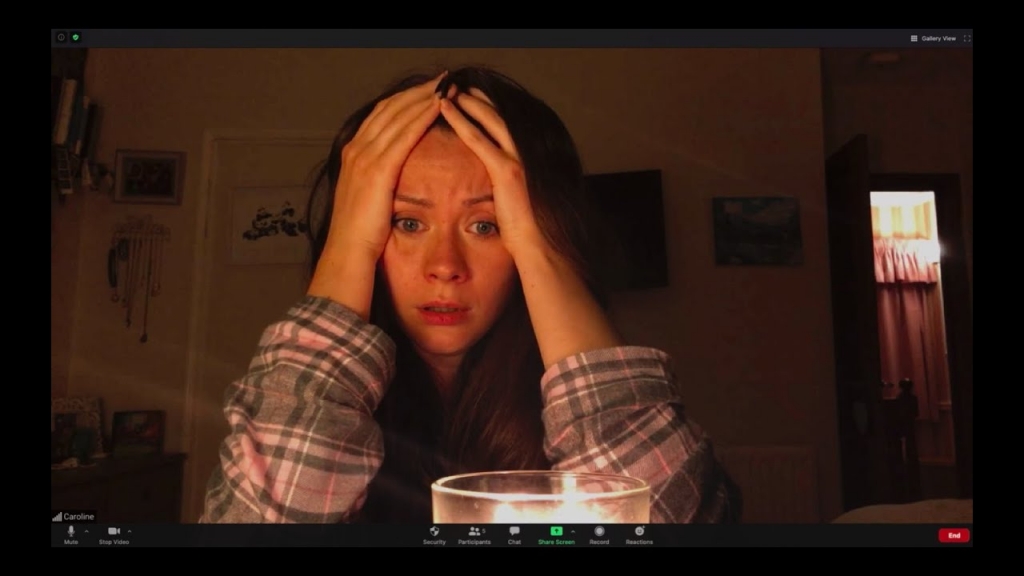 Someone new has joined this podcast.

The year is 2020. We are all in quarantine with nothing but time on our hands. What better time to make a Zoom horror movie? Seriously, we should have had this idea, damn it. Instead, Chaos and Carnage just stayed at home moping and reviewing other movies during Zoom calls. We could have also had an entire seance and invited spirits into our homes. Two missed opportunities, damn it.

Young adults just want to have a little get-together, a tiny seance, and a good time. Rule One: We don’t lie to the spirit world. Okay, that is rule two. Rule one is we don’t talk about the seance. Anyway, there always has to be that one stupid friend who can never take anything seriously. Or in Chaos and Carnage’s case, two stupid friends. Yep, it’s both of them.

Host is streaming on Shudder.

Before there was the hit television show on FX (now in its fourth season), there was the 2014 film — a New Zealand mockumentary horror-comedy written and directed by Jemaine Clement and Taika Waititi. 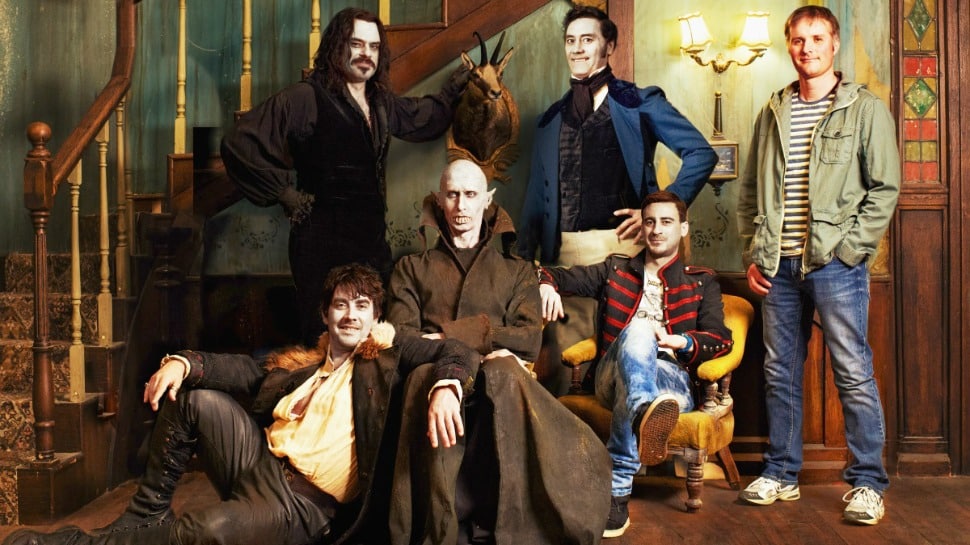 Partially funded through Kickstarter, What We Do in the Shadows premiered at the Sundance Film Festival in January 2014. It was released theatrically on August 18, 2014, to critical acclaim. It was heavily inspired by vampire films like The Lost Boys, Bram Stoker’s Dracula, and Interview with the Vampire — all of which are referenced in the film, along with Blade, Twilight, and Buffy the Vampire Slayer.

A documentary crew follows four vampire housemates — Viago, Vladislav, Deacon, and Petyr — who share a flat in  Wellington. Viago is a 379-year-old dandy from the 17th century, Vladislav is an 862-year-old who is haunted by memories of his nemesis “the Beast”, and Deacon is the 183-year-old “young rebel” of the group who was turned into a vampire by Petyr — a reclusive, 8,000-year-old vampire.

The film was based on a 2005 short film, What We Do In The Shadows: Interviews With Some Vampires (watch it here), written and directed by Waititi and Clement. It was Waititi’s first feature since the 2010 film Boy, which went on to become the highest-grossing New Zealand film at the local box office.

What We Do in the Shadows is free to watch on Kanopy or available to rent on most major VOD platforms.