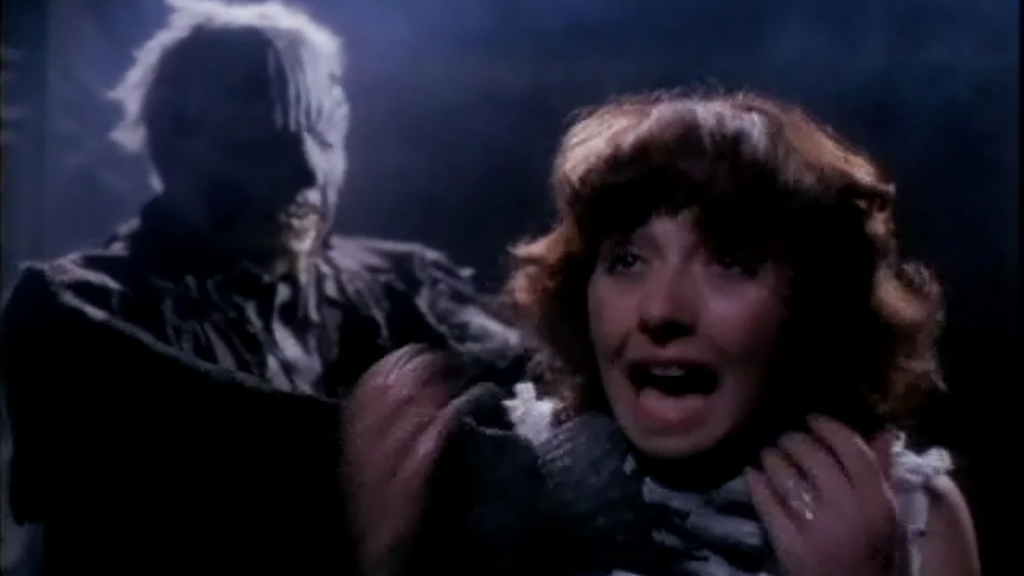 A group of investors buy a house on Long Island and find out it is cursed after spending time there. Let’s dig into 1990’s “The Amityville Curse”, directed by Tom Berry!

I grew up ten miles from the actual Amityville house.

I’ve seen it in person (before it was refaced) and gazed upon its hostile stare. I don’t believe inanimate objects have “energy” but there is an undeniable chill that mythology can help send through your spine. I was struck.

As I grew older, that lore lost its hold. Rational thought stepped in as I realized the capitalist nature of the storytellers who first concocted the poltergeist story centered around Ronald Defeo’s house of horror.

Similarly, this story has a bunch of capitalists buying a house “on Long Island”.

They removed the entire aspect of the geographical individuality that comes with being “on the island”. Filmed in Montreal with a sprawling seascape surrounding, the recast house it is nothing like the sleepy Suffolk suburb of the original. 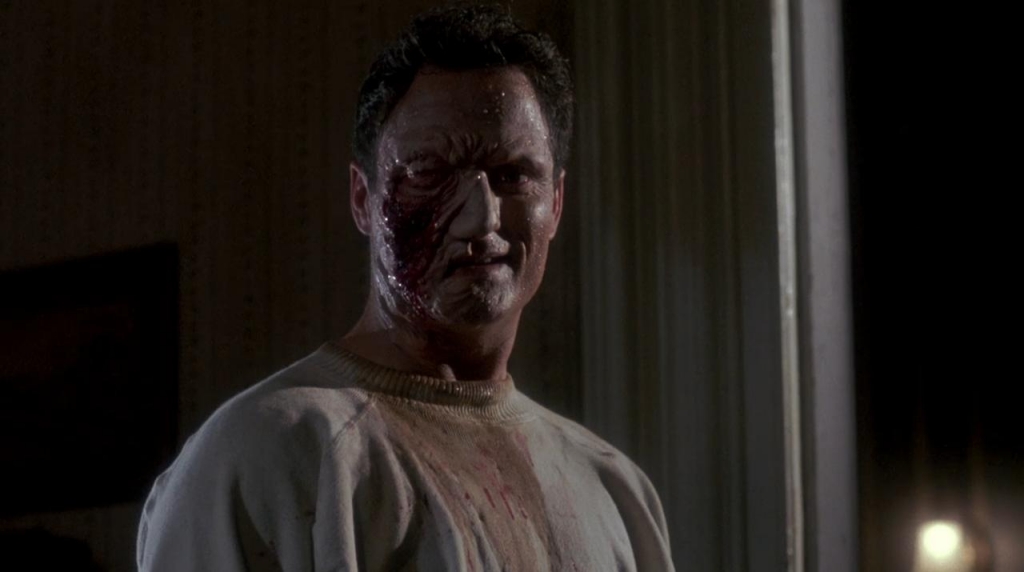 I understand this was before the ease of having every ounce of information in history in your pocket, but the most superficial research would have made them aware of little things such as referencing “Con Ed” (short for Consolidated Edison), which doesn’t service Long Island but Manhattan and Westchester. At the time of filming, it would have been LILCO that provided power to the house.

I’m nitpicking, but I’m sure you would, too, if you watched a horror film based on a place just a stone’s throw from your childhood dungeon.

Minimal haunting happens for the first forty-five minutes. And when things finally kick in, we don’t get exposition until an HOUR into the film.

The backstory wasn’t all that bad. I found it creepy to have a bunch of church paraphernalia in the basement. But they didn’t get to it til just before the credits.

There’s nothing here beyond the title that could be affiliated with the Jay Anson book or original film.

Kim Coates let everyone know how talented he is with his role in Sons of Anarchy as “Tig”.

Jan Rubes (Priest), you may remember, was Jan, Gordon Bombay’s mentor, in The Mighty Ducks 2.

Helen Hughes (Mrs. Moriarty) is someone you may recognize from The Peanut Butter Solution, Billy Madison, or Tommy Boy. 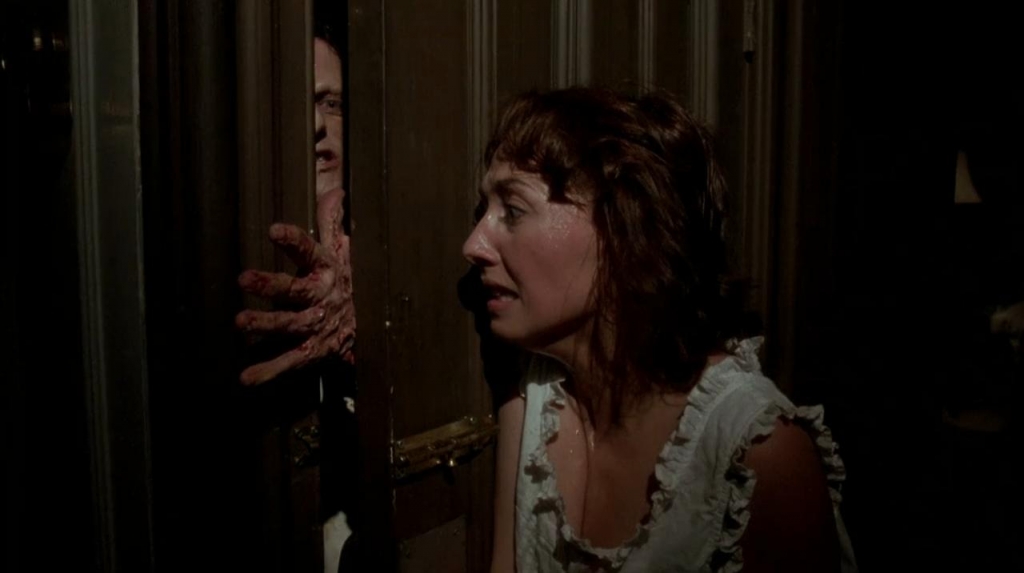 There was obviously an effort to connect this to Amityville every step of the way.

Changing the house is like recasting Freddy Krueger. Jackie Earle Haley may be a beautiful Victorian home on a desolate coast, but he’s no 112 Ocean Avenue.

I really love Kim Coates. He was brilliant in Sons of Anarchy and is underrated even in bit roles. He was, of course, underutilized here.

Buckle up bub. This being the fifth film to use the Amityville name to sell itself, there are at least ten films that do the same.

There is no physical high-def release in the US, but there are some import (Region 2) discs if you have a region-free player. You can also stream on Tubi or the Roku Channel.