This week on the podcast, join Chaos and Carnage for a killer pajama party with the girls in the 80s slasher classic “The Slumber Party Massacre”. 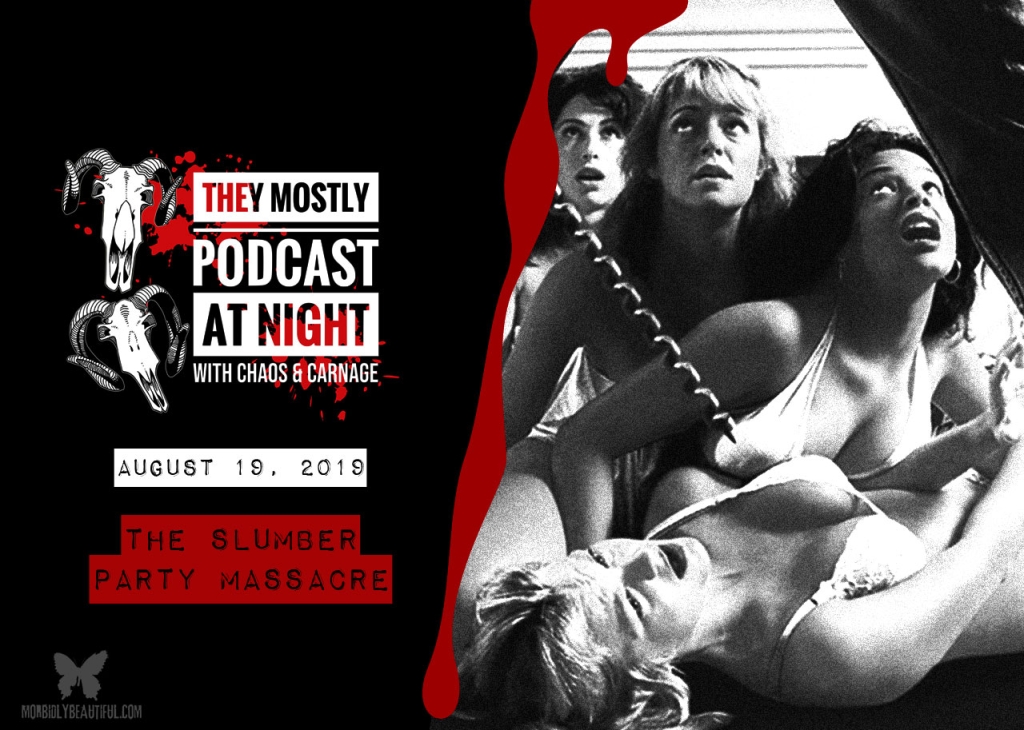 On last week’s episode, we explored quintessential 90s horror with the female-driven, (very loose) sequel to Stephen King’s Carrie, The Rage: Carrie 2. This week, we’re treated to another lady-led horror film — this time from the slasher heyday of the 80s.

For episode 85 of “They Mostly Podcast at Night”, join Chaos and Carnage in your favorite nighty for a good, old fashioned slumber party — bring pillows and pizza! And don’t forget your big, sharp knives! You’re invited to The Slumber Party Massacre! 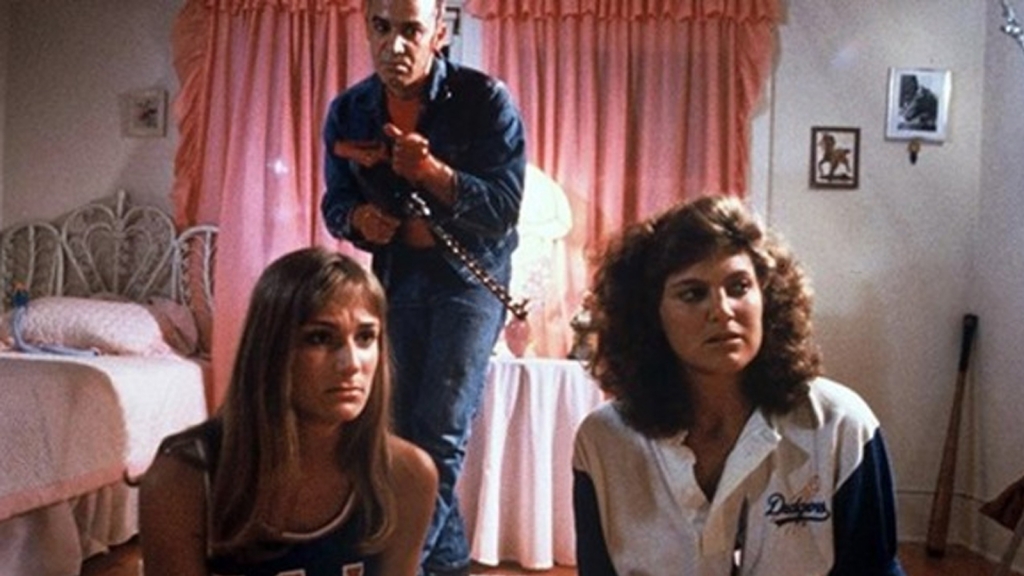 New girl Valerie is good at basketball and pretty. The other girls in her gym class are having a party that night and Trish wants to invite her, but Valerie overhears another girl, Diane, being shitty about her and declines the party invite, practically fleeing the gym.

It turns out, the party at Trish’s is next door to Valerie’s new digs, and her younger sister Courtney is determined to crash. Valerie wants to spend a quiet night at home, and the girls next door just want a nice girl’s night in, but the Drill Thrill Killer has other ideas!

Chaos and Carnage take you through the movie, bantering along the way, as well as our usual offerings of trivia, fanfiction and awards. Join us for jump scare false alarms galore, mutilated barbies, and dead pizza guys integral to the plot in this comedic slasher from feminist writer Rita Mae Brown and director Amy Holden Jones! 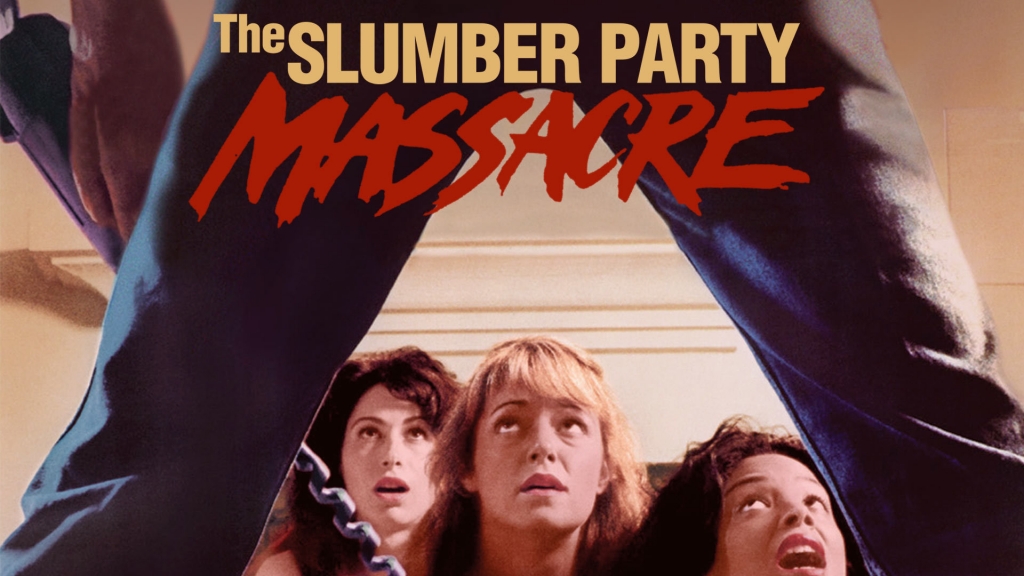