To conclude our series on online censorship, we talk with three creators in the indie horror space about how career damaging this kind of silencing is. 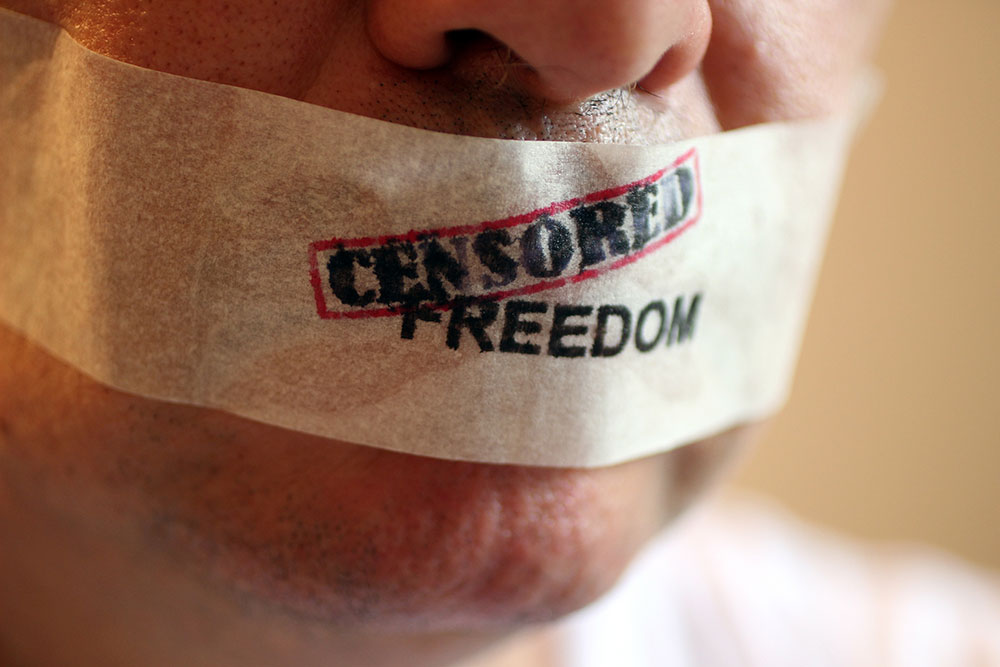 Three creators in the independent horror space stepped forward to share their stories for our third article exploring censorship: Tim Miller, Shane Ryan, and Michael Keene. Spanning for over a decade collectively, these men have not only been banned from social media, but also the publishing world and other mainstream sources, and continue persisting for the sake of independent media, even in the face of adversity.

Throughout the past few weeks, I have researched the harrowing consequences of censorship of social media and analyzed how horror, specifically, has been at the forefront of this issue.

As a lifelong fan of the horror genre, I’m no stranger to the dirty looks I get in public when passers-by see my Friday the 13th tattoo or do a double-take to judge whatever t-shirt I’ve decided to wear that day that hosts a number of movie artwork, prominent horror figures, or other genre-related imagery. 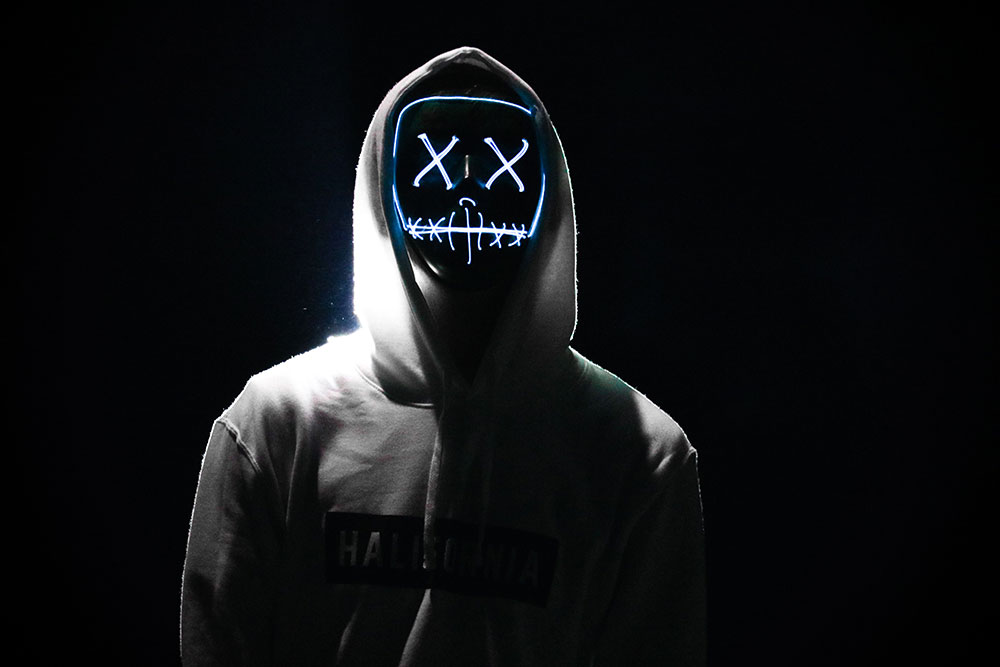 For a while, I joked that my “Team Jason” hoodie was my armor that might make creeps and bullies think twice before hassling me when I used to live in Chicago and rode public transit to and from work.

However, in light of recent events where social media is limiting our ability to even search for #horror without asking us if we might be in danger of harming ourselves, and the President of the United States is turning nationwide focus to violent media and video games in the wake of recent mass shootings, it’s clear that this is no laughing matter.

WHY SHOULD WE CARE? 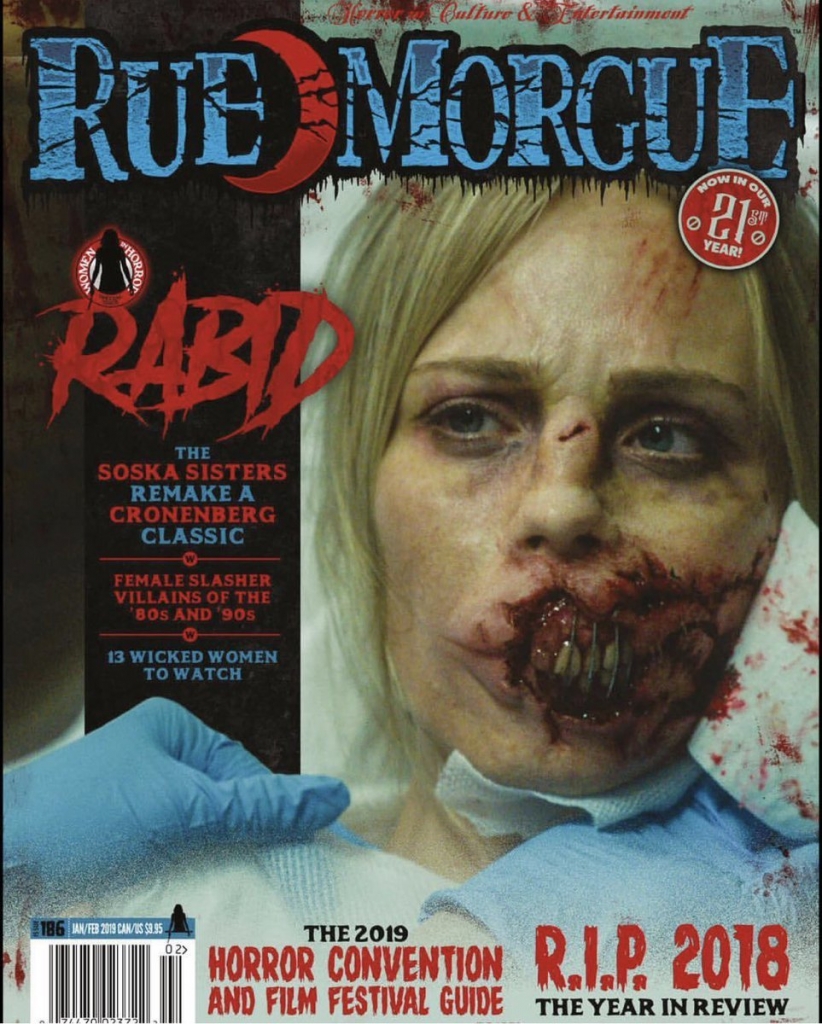 We rallied en masse when the Soska sisters were banned from Twitter following their announcement that their remake of David Cronenberg’s Rabid would be premiering at FrightFest in the UK.

Censorship became a talking point amongst our community because larger studios were still getting all sorts of public attention for their upcoming films, and yet our independent artists were being silenced. While it is important to champion all of our creators and artists, this issue is so much bigger than a single event and continues to get bigger every day. 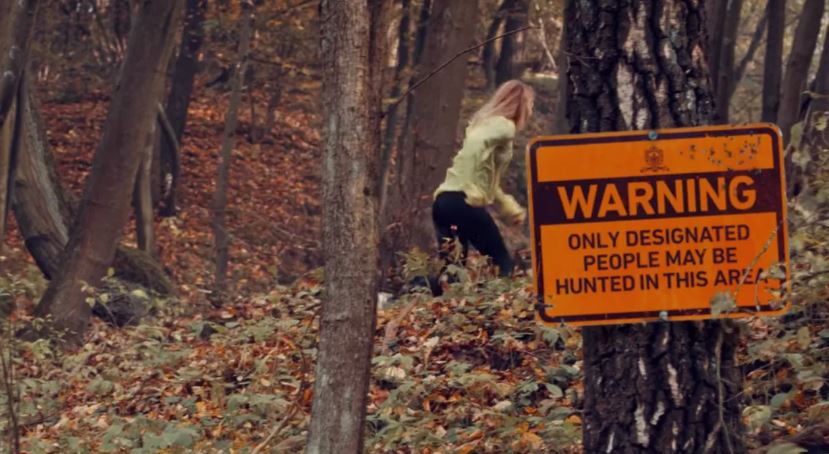 A new film from Universal, The Hunt, which was set to premiere next month was advertised during every commercial break during the Democratic Debates in July.

And now it’s being wiped off the Internet and canceled after mass shootings in El Paso, Texas and Dayton, Ohio claimed the lives of 31 people in a single weekend. The film’s synopsis reads as follows:

“Twelve strangers wake up in a clearing. They don’t know where they are, or how they got there. They don’t know they’ve been chosen… for a very specific purpose… The Hunt. In the shadow of a dark internet conspiracy theory, a group of globalist elites gathers for the very first time at a remote Manor House to hunt humans for sport. But the elites’ master plan is about to be derailed because one of the hunted, Crystal (Betty Gilpin, GLOW), knows The Hunters’ game better than they do. She turns the tables on the killers, picking them off, one by one, as she makes her way toward the mysterious woman (two-time Oscar (R) winner Hilary Swank) at the center of it all.” (Courtesy of Rotten Tomatoes) 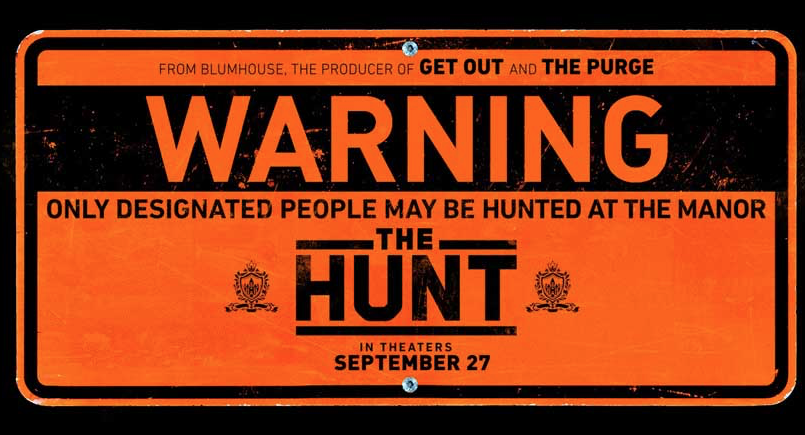 Both speculation and marketing suggest that this film depicts “liberal elites” hunting off “deplorables”.

This may or may not be a direct reference to comments made during the 2016 Presidential campaign.

The Hunt is marketed as an “American satire thriller” and comes courtesy of Blumhouse producers Jason Blum and Damon Lindelof (Lost) and director Craig Zobel (Z for Zachariah). Blumhouse, of course, is responsible for other “social thrillers” such as The Purge franchise and Jordan Peele’s Oscar winner, Get Out.

A statement from NBC Universal in the wake of backlash the film has received in light of recent events cites that “it’s not the right time” for this movie to be released. This news also sits alongside reports that Wal-Mart has taken down marketing materials and displays related to video games like the Call of Duty franchise, despite the fact that the stores still sell guns and ammunition.

Scientific studies have shown no correlation between violent