They Mostly Podcast at Night: Twister

We move from sharks to tornados without a ‘sharknado’ in sight — though, a ‘cownado’ may be in the forecast as we get wild with “Twister”.

The dark side of this podcast.

We are back this week with a gale-force wind and two special guest stars. After joining us for a 3-D jaunt with Jaws, Maverick has returned for a back-to-back podcast appearance. This time she dragged her husband, Just Joe, with her. And he brought the tornado with him for an extra super special guest. Join us we delve deep into the funnel cloud of doom.

This week, we swing to the horror adjacent branch of natural disaster films to check out Twister (or ‘It’s a  Twistah, Auntie Em’ if you are an asshole like Carnage). Spielberg packed this cast like he had a Geo Metro and a ton of clowns to shove in but elected to only explore three of the characters. Missed opportunity, Steven!! We will chat later, my friend. And then we will also talk about Star Wars while we are at it. 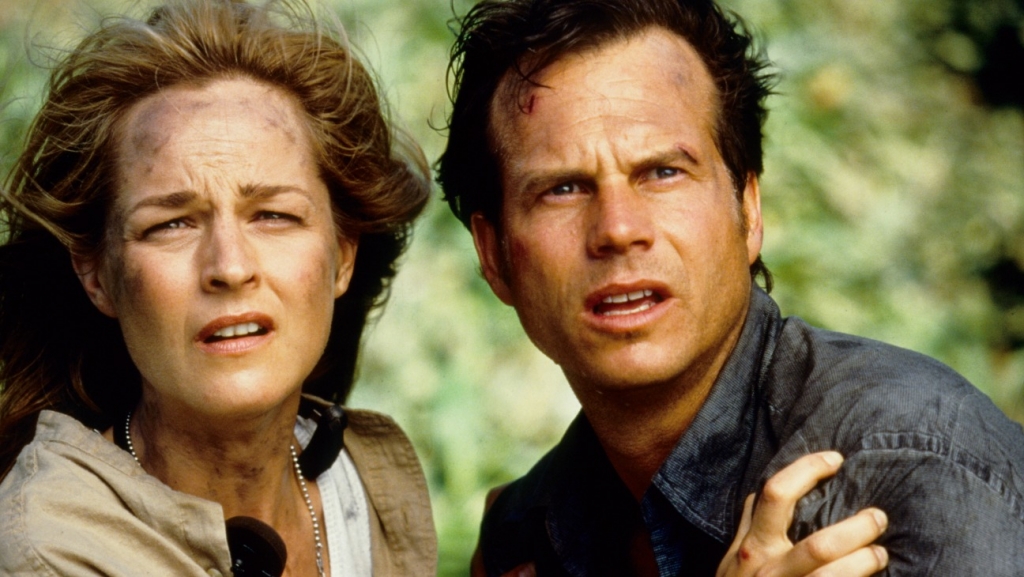 Helen Hunt takes a break from Mad About You to play Jo, a kick-ass storm chaser with an urge to find her dead father who was sucked up into a tornado 30 years ago, never to be seen again. Bill Paxton stars as her soon-to-be ex-husband with an awesome future ahead of him as a …weatherman. But to hear this cast talk, being a weatherman is in the same league as being a *gasp* sportscaster!

Will the twisters bring Jo and Bill back together and spin Bill’s fiancé away? Will there be cows?? Will we find out anything about the rest of the cast — even their names??? Listen to find out!

Make sure to watch Twister unless you want to be spoiled like a cow put through the rinse cycle of a tornado and left for dead. Then make sure to go check out this week’s episode to find out the answer to life’s burning question: What the fuck kind of leather can withstand a 300 mph wind?? And can I get that for my bedroom?

Twister is available for rent on Amazon.