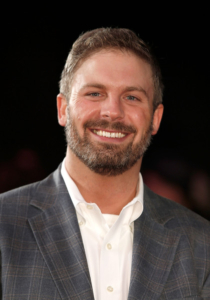 It’s Texas Frightmare Weekend. I’m lucky enough to be sitting in a panel with successful producer and Texas native Dallas Sonnier, the man behind the brilliant Bone Tomahawk, Some Kind of Hate, and Bad Milo. In a conversation, moderated by FANGORIA’s Ken Hanley, Sonnier is there to discuss what it takes to get movies made and distributed in the new film economy.

I was beyond anxious to hear from the accomplished Sonnier, an inspiring young entrepreneur who stopped at nothing to make his boyhood movie making dreams a reality — overcoming incredible adversity and personal tragedy to bring the genre-busting horror western Bone Tomahawk to the screen.

Little did I know he was about to drop a huge bombshell: one of my favorite horror franchises, Puppet Master, is about to get the reboot treatment.

Sonnier and The Uncompromising Vision Behind ‘Bone Tomahawk’

Although it received only a small US release, overwhelming word of mouth and critical acclaim helped fuel the sleeper film’s surprise success. The epitome of a passion project, Bone Tomahawk spent a decade in development hell. The movie was written by S Craig Zahler. Zahler, a talented and prolific screenwriter, has written over 40 screenplays and numerous novels in the last decade. However, he was looking to make his directorial debut with Bone Tomahawk. 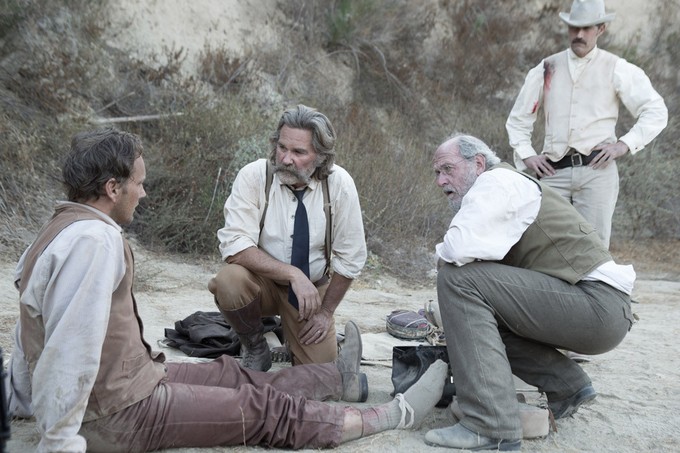 On the set of Bone Tomahawk

His manager and producer, Dallas Sonnier, loved the script and vowed to help him get the film made exactly as he had written it, telling prospective financiers that no creative notes would be welcome. It was an incredibly bold and daring move. Even after Kurt Russell came onboard, westerns were still a hard sell, especially with a first-time director attached.

Some companies showed interest in supporting the film, but all demanded significant creative changes that Sonnier and Zahler were unwilling to make. Impressively, the two held their ground. Eventually, Sonnier ended up funding half the film himself, with final funds coming from the UK company The Fyzz Facility. But now they faced the very difficult challenge of making the film on a budget of only $1.8m, tiny considering the scope of the epic film, and a grueling shooting schedule of only 21 days.

The gamble paid off, and the duo were able to persevere and make a film they could be truly proud of… one that would prove that financial success can be found without compromising creative vision. 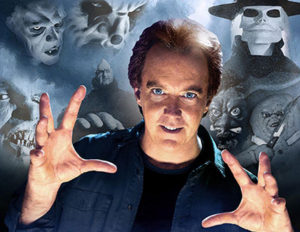 Headed into the panel, I was expecting to be inspired. But I got even more than I bargained for when Sonnier suddenly introduced a surprise guest to the panel, cult filmmaking legend Charles Band. As one of my heroes made his way to the stage, Sonnier explained the tremendous influence the industry pioneer has had on his career and his passion for making movies.

It’s hard for me to imagine that Band needs any type of introduction, as his industry influence is significant and far-reaching. In his 30-year career as a writer/director/producer, he’s been a part of nearly 300 feature films. Beyond that, he’s been on the cutting-edge of home entertainment since the beginning of his career, helping to revolutionize the entertainment industry.

In 1978, Band formed MEDA Home Entertainment, the first independent home video distribution company in North America. He then went on to form the forward thinking Wizard Video in 1981, a pioneer in the home video market and the original video distributor for classic horror movies like The Texas Chainsaw Massacre, I Spit on Your Grave, and Zombie. In 1983, Band founded Empire Entertainment, a highly prosperous film production company throughout the eighties that was responsible for some of the biggest cult hits of the eighties including Ghoulies, Re-Animator, Troll, and Robot Jox.

At the end of the decade, Charles Band pioneered the direct-to-video feature in 1989 with the formation of Full Moon Entertainment (later renamed Full Moon Features) and the creation of Puppet Master, which has gone on to become the most successful direct-to-video film series of all time.

A New Vision for the Beloved ‘Puppet Master’ Franchise

Speaking of the filmmaking legend and his iconic Puppet Master series, Sonnier has some pretty amazing news to share with the crowd. In a Texas Frightmare Weekend exclusive, he announces plans to reboot the cult classic with the help of Band and Bone Tomahawk writer/director Zahler. The film will be produced by Dallas and his partner Jack Heller for Caliber Media, in partnership with Lorezno di Boneaventura and Mark Vahradian of Boneaventura Pictures.

“As a child of the ’80s and ’90s, I spent a vast majority of my allowance on Charles Band-produced films,” said Sonnier. “PUPPET MASTER was hands down my favorite, and I had the movie poster on my wall and a giant standee in my bedroom. The chance to work with Lorenzo, Zahler, and Band all at once on this new take is simply a dream come true.” 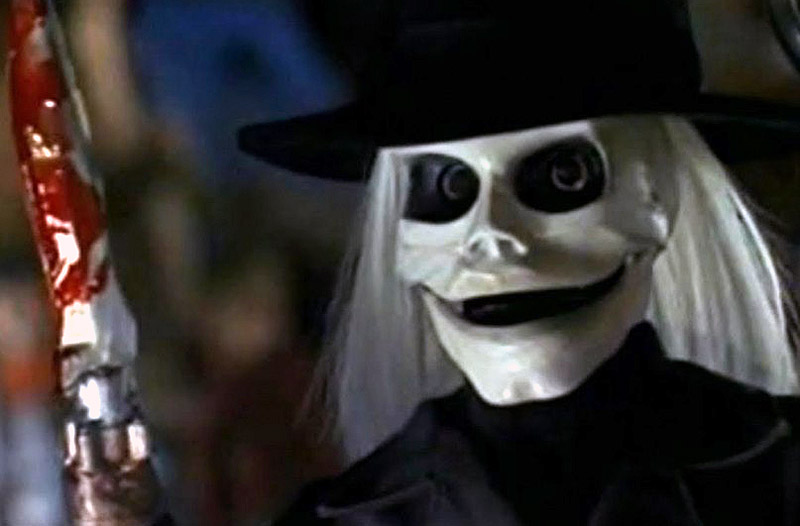 Blade is Back in Puppet Master: The Littlest Reich

The excitement in the room is palpable as Sonnier and Band explain the vision for the new take on Puppet Master, which they promise will be incredibly dark and gory, while still maintaining the perfectly balanced comedic elements that made the original franchise so popular. Written by Zahler, the new film will add more backstory, character development, and richer dialogue.

The new film, entitled PUPPET MASTER: THE LITTLEST REICH, will center around a recently divorced young man who discovers a mint condition Blade doll in his deceased brother’s closet. He plans to sell the toy at a convention celebrating the 30th anniversary of the infamous Toulon Murders. But all hell breaks loose when a strange force animates all of the various puppets throughout the convention as they go on a bloody killing spree.

Having Band on board with the remake is huge, and he explains that he would never support a project he didn’t fully believe in and feel comfortable having his name attached to. “I’ve never sold out to anyone ever,” says Band. He goes on to explain how important it was to him that the creators of the new PUPPET MASTER universe fully supported Band’s desire to continue to make films within the existing franchise, something that is virtually unheard of. In fact, Band will soon begin production on PUPPET MASTER: AXIS TERMINATION, which continues where PUPPET MASTER: AXIS RISING left off.

With such creative visionaries of uncompromising artistic integrity behind this film, fans of the franchise — as well as all fans of the genre —definitely have huge cause for celebration. 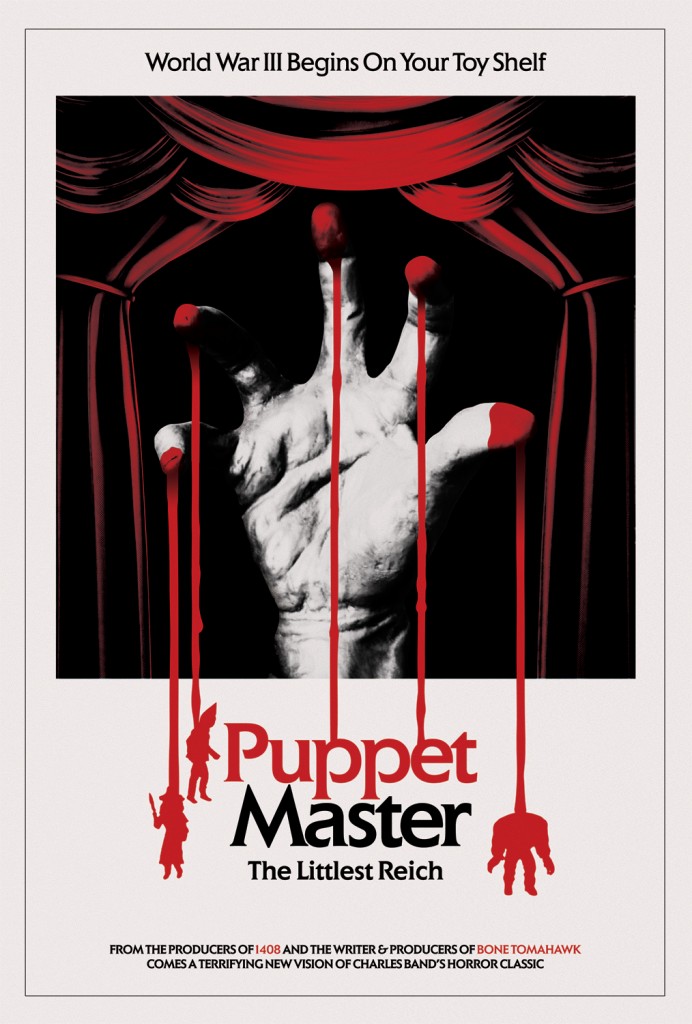