Zombie Killers is a fun, self aware zombie film that separates itself from the pack by delivering a unique, well crafted story and solid performances. 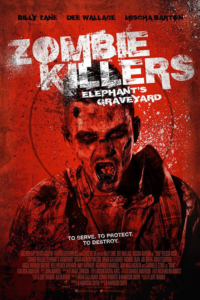 Zombie Killers starts off in an already established world where zombies have taken over and people have to fight to survive. The movie focuses on the town of Elwood, a fenced off safe haven seemingly in the middle of the country and far from any city where all the characters live. The location was well chosen for the film as it conveys the sense of people both adjusting to a new way of life (without modern technology or electricity) and the possibility of having to start over as a civilization.

Like in his previous effort (Camp Dread), Director B. Harrison Smith tackles common horror movie tropes with tongue in cheek, as one character determines out loud that there’s no way the shoddy fences around the community will hold up if a number of zombies pushed up against it.

And that is exactly why the movie worked for me and why I had such a good time watching it: it is a self aware movie where the characters know they are dealing with zombies because they’ve all seen zombie movies.

It’s this not overly serious tone that makes the movie fun to watch. These are still real people with real personalities, still stuck in the modern world they were once a part of. Watching these characters interact with each other in this new world taken over by zombies is like witnessing a group of friends live gaming Left 4 Dead over their X-Box 360s. The tone feels real, as the characters seem to still be adjusting and perhaps still in denial.

All of that is not to say the movie doesn’t offer a little serious social commentary. The cause of the zombies is said to be a possible side effect of fracking, and the community has an inner struggle regarding religion. The outspoken leader of the religious faction (Felissa Rose, channeling the expressionless fervor of Angela from Sleepaway Camp) demands that the group turn to God for protection, while shunning those who feel as though God is not there to save them. It raises the debate of God’s plan vs free will.

Other highlights of Zombie Killers include zombie deer and fish. Animal zombies have always been lacking in the zombie genre, and it was cool to finally see some in a movie. 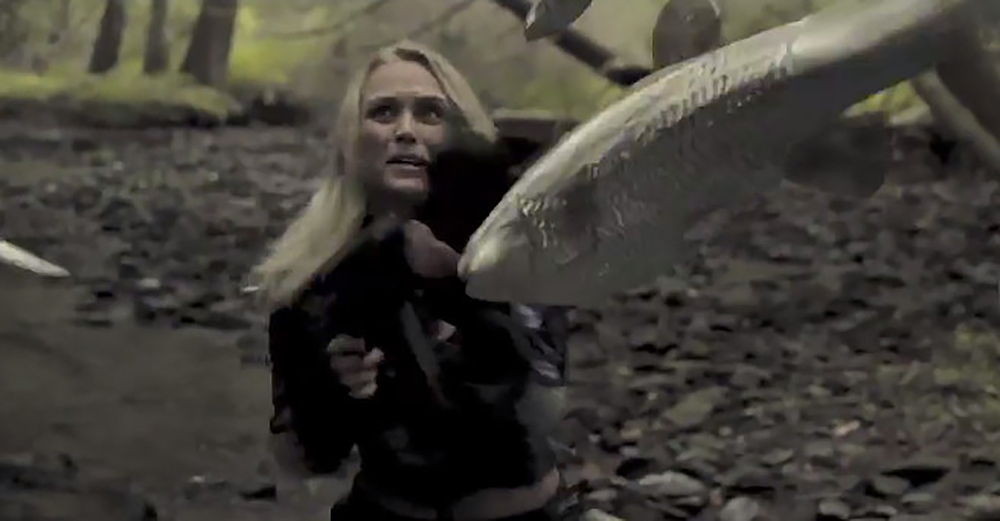 Some viewers may balk at the obvious CGI used to create these zombie animals, as it looks like something out of a PlayStation 2 video game. However, this is low budget horror film, and I won’t hold that against the filmmakers. I’ll save that for $50 million dollar Hollywood productions that still look like crap. You either get the zombie animals in this one or you don’t. And given the film’s resources, I credit Smith for including them.

Billy Zane and Gabrielle Stone are standouts among the cast. Zane is perfect at pulling of the cocky/charming leader of the Zombie Killers, and Stone comes off as very genuine as the love interest of the film’s main character played by Michael Keane. Stone is a talented actress, and she shines throughout the entire film.

Michael Keane gives a decent performance in the main role. His character has a dying mother (the fantastic Dee Wallace) and questions a lot of what is going on in Elwood. His inner struggle made for an interesting and conflicted character. He can’t quite overcome his distractingly boyish looks, but they do help him come across as the unlikely hero who is forced into a leadership role.

If you’re looking for a fun zombie movie with a great story — one that throws some different ideas into the very crowded genre — then definitely give Zombie Killers a watch.