Not your typical zombie film, Ahocalypse is a riotous good time, especially for fans of hockey — best enjoyed with brews and buds. 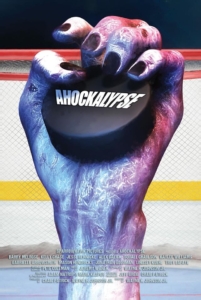 The Prairie Kings Hockey team battle for the championship and their lives all in one night. The boys win the cup only to find out that a Zombie Ahockalypse has happened. The boys battle their way to their home arena for a final showdown. Can Barry Melrose help the guys escape with their lives or is it sudden death for Jonesy and the boys?

Being a huge fan of the sport of hockey (and being a Carolina Hurricanes fan that basically lives across the street from where they play at the PNC Arena), I never thought that the day would come when I would see my favorite sport and horror sub-genre mix. But to my surprise, Director Wayne Harry Johnson Jr. managed to combine the two together in the highly entertaining Ahockalypse. 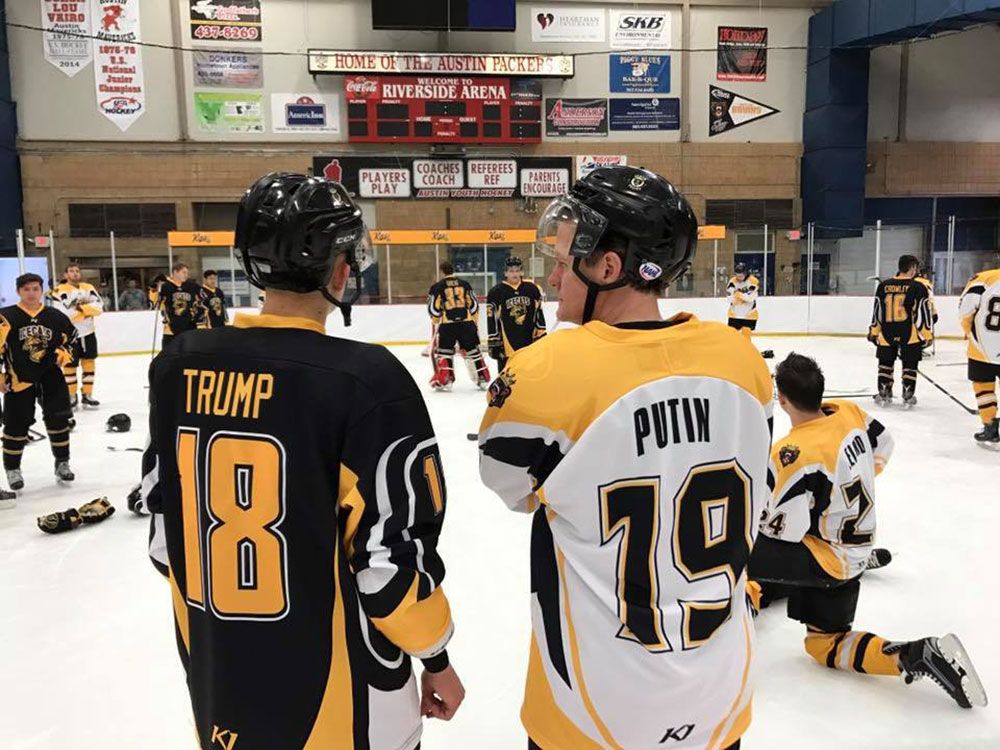 Slapstick comedy is combined with raunchy humor, political pokings, pole dancing, a cougar themed love story, martial arts and quite possibly the most bad ass mascot to grace a horror film ever!

While the premise might seem silly to those that are looking for a straight guts and gore zombie film, I found that the combination of humor, sports, zombie and gore to be an excellent mix that will lead to a fantastic viewing experience for those looking to find a little something different in their musing of the undead.  The humor in ‘Ahockalypse’ is on point and certainly meshes with today’s political climate without being overbearing. That’s thanks to the fantastic writing of Wayne Harry Johnson Jr. and the perfect cast he brought together for the project.

The first thing that strikes you is how nice Ahockalypse looks. It certainly looks better than most low budget genre fare that hits the markets these days. And when you combine that with the fact that the key actors and actresses not only know how to interact with one another on a personal level that makes the horror and comedy jump off the screen at you, they also know how to handle themselves on the ice.

You are never insulted as a viewer trying to believe that a cast was just thrown together, and that is apparent when you see that they not only know how to actually skate, but they have a real knowledge of the game and history of hockey.

The sound is very nice and rich as well. Listening to the audio reminded me of being at an NHL, with the slapshots booming nicely on the ice and almost feeling the physicality of the board checks and fighting.

The attention to small details like that certainly give the film a level of comfort and believability that you are actually seeing a zombie apocalypse right after a grueling championship win.

As I mentioned, the other dynamic that really brings Ahockalypse together is the character interactions. Hockey players have a certain way of talking to one another, as well as having certain mannerisms, that can be harder to mimic than most sports.  The cast really does a fantastic job of tying all of that together.  You actually feel as if they are team mates and have been together for years.

The other part that works really well for this film is the personal interactions outside of the team.  There is an interesting love triangle aspect to the film that delivers on emotion and comedy as well. Jesse Rennicke’s character of Jonsey is in a relationship with Kaylee Williams’ Jenny, but when you throw in the possible love story of Gabrielle Arrowsmith’s Mrs. Johnson (a widow who is falling for Jonsey) into the mix, you get a crazy but believable chaos that helps to drive the sub-plot of the film.

The rest of the cast has emotional moments as well, but they all do a fantastic job of driving the comedy to levels of hilarity that will have you laughing and gasping for air the whole time.

While looking at it from the zombie side of things, one should not go into this movie thinking you are going to get the standard gut munching and gore fest that most bring today.

Now don’t be mistaken, the film certainly has its moments of blood and flesh ripping, but the majority of the scenes are highly comedic while not detracting from the story.  The hockey fights between the survivors (including a zombie kid tossing scene that ranks right up there with the zombie baby being kicked into a billboard in COCKNEYS VS. ZOMBIES) and the zombies are everything you could hope for. And the use of different hockey equipment is something that has been begging to be done since we saw the use of a cricket bat in SHAUN OF THE DEAD.

From an FX position, I found the look of the zombies to be just fine, as they are fresh corpses and not the long-buried-rising-from-the-cemetery-type of zombies. The majority of them are the shambling type, but a few are quicker moving in some scenes of Ahockalypse. In fact, there are several absolutely fantastic martial arts fight scenes in the film with a character you would never see it coming from that will leave you breathless. 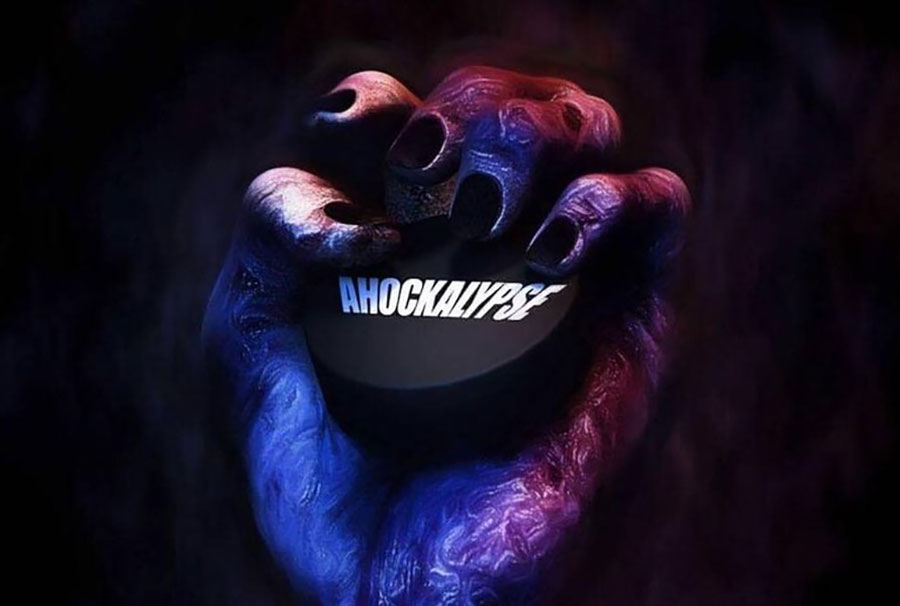 Looking at the film overall, I am highly impressed with the final package. Everything you could want in a comedic zombie/sports film is here and is shown in impressive fashion.

You can certainly see that everyone on the cast and crew was passionate about their roles, and it really comes through in a visual style that will make you laugh and howl the whole time you watch it.

I would be a poor reviewer if I didn’t make mention of the fact that former NHL coach and current ESPN broadcaster Barry Melrose has a cameo in the film that cemented its place in my heart forever. Knowing what a fan and professional he is for the sport of hockey really shows me and the viewers that, while we are not getting the typical zombie fare, he too must have felt that the subject matter handled the sport with a class that he felt comfortable taking part in it. 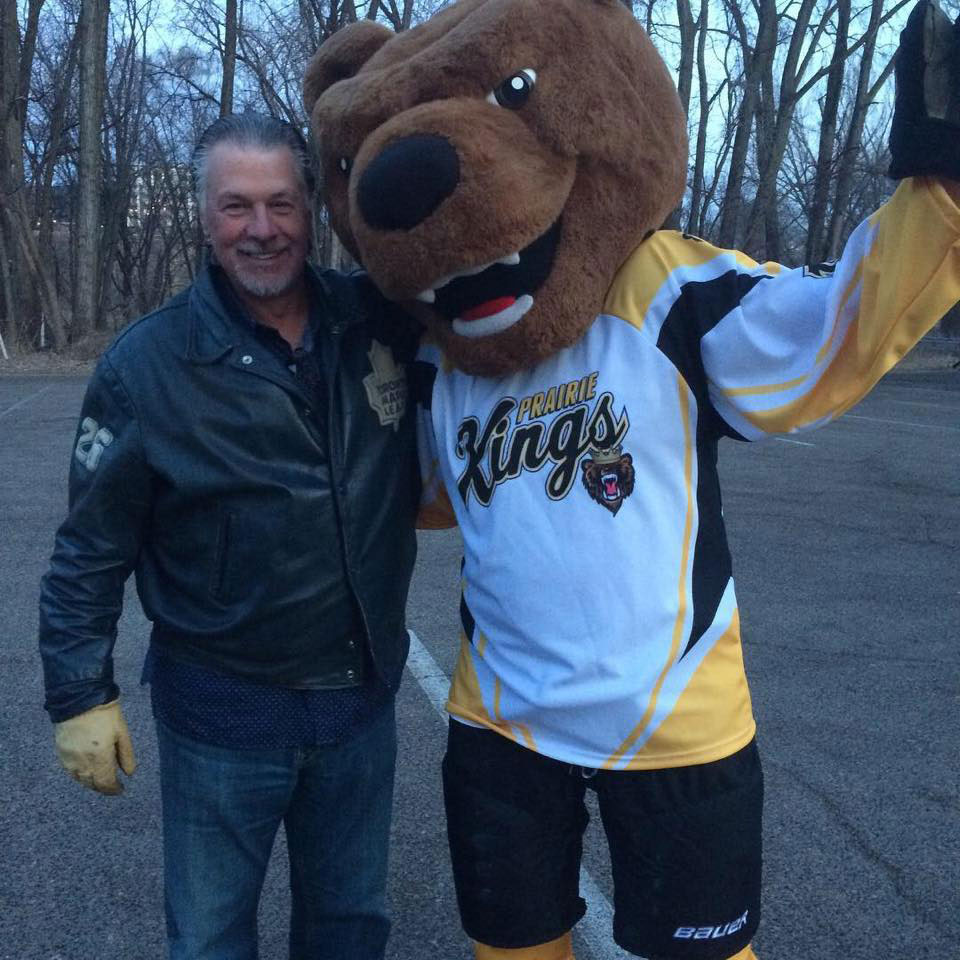 This is a film well worth picking up — whether you are just a fan of hockey, zombies, comedy or all three!  This is a prime example of what happens when you let a director and his crew present the vision that they want to their project!

(As this was an online screener, there will be only one rating for this release at this time. I am really looking forward to picking up a physical copy of the film and seeing what goodies are contained on the disc!  The movie is currently available in many formats, which will be listed in the links below.) 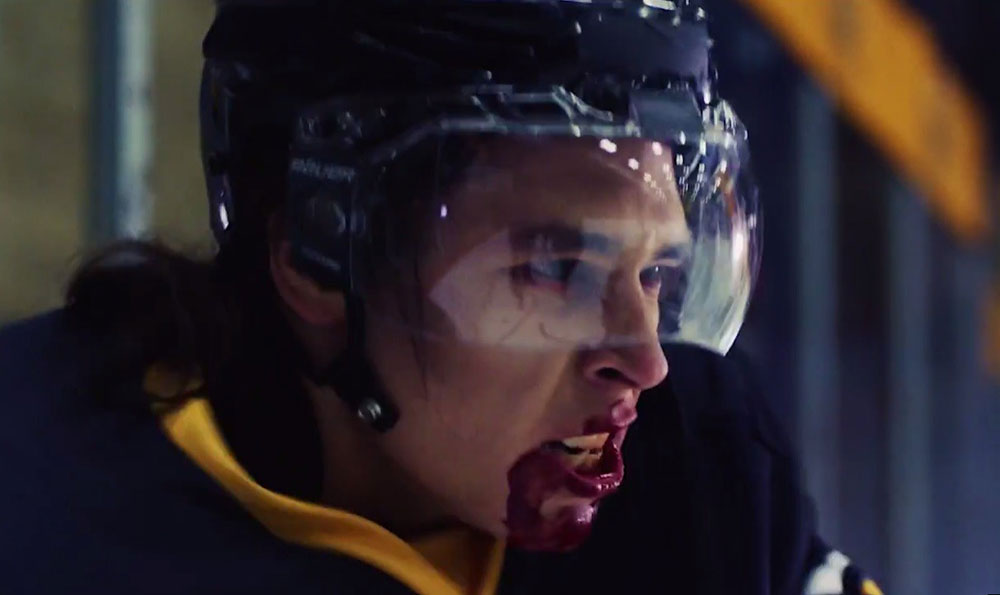