Posted by:
Tags:  The Conjuring The Nun

“The Nun” commits the ultimate horror movie sin, conjuring up nothing of substance and feeling more like a cash grab than an evolution of the franchise. 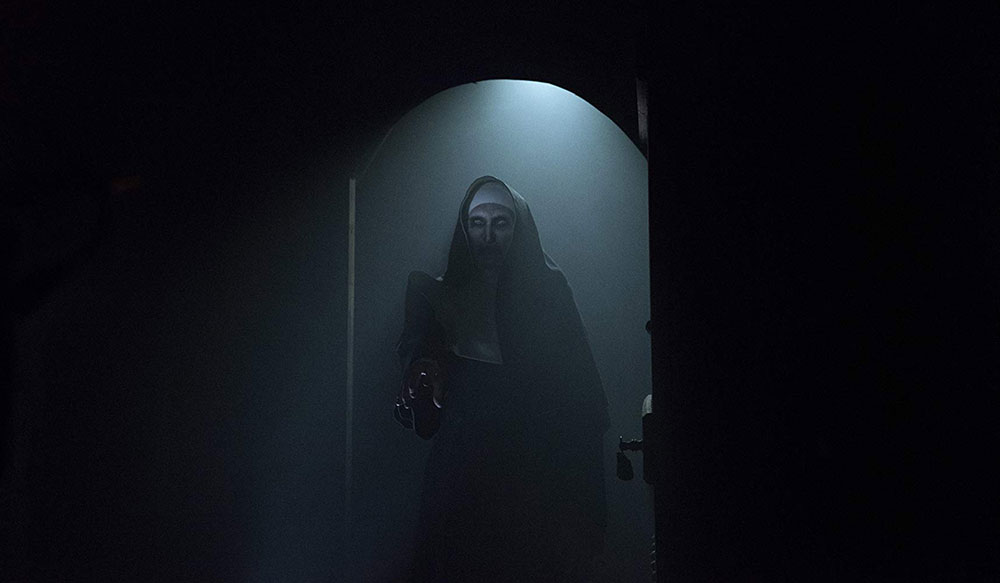 I just saw The Nun. The 101-jump scare (that’s just a guesstimate) horror film from Warner Bros, is the newest spin-off and prequel in The Conjuring series. The Nun scored the highest opening gross of any of the films in the franchise. I assume because of all the hype.

Every fan of The Conjuring remembers the stomach-dropping fear we felt when we saw quick glimpses of the creepy sister in the other films. Pasty white skin, yellowy eyes surrounded by black, glaring malevolently right into us. Horrible black lips with terrifying, sharp and bloody teeth. Sister Valek (Bonnie Aarons) was the epitome of horror! It was so exciting to hear that she would be getting her own feature. But honestly, after watching the film, I want my money back.

So, wait, wait, before you get all up in arms with me, let me explain.

The movie itself is not entirely bad. There are wonderful elements that I feel compelled to mention. The castle location in Romania was incredible! Gothic, moody and candlelit hallways just scream horror! The visuals from French horror cinematographer Maxime Alexandre were stunning. The camera pushing in and out like a human eye would see, then looking over the character’s shoulder to see what’s lurking right behind them in the dark, was eerie and ominous — even if it’s not original.

I really did love the way the film looked. The SFX were fantastic, and the acting was well-done. But I still felt like I was gipped! I laughed out loud so many times that my daughter, sitting next to me, got pissed off.

When the first word that came to mind while watching was ‘zany’, then I knew that (for me) The Nun missed the mark as a horror film in many ways.

Official Synopsis: “When a young nun at a cloistered abbey in Romania takes her own life, a priest named Father Burke (Demian Bichir) with a haunted past and novitiate Sister Irene (Taissa Farmiga) on the threshold of her final vows, are sent by the Vatican to investigate. With the help of an unlikely neighbor, nicknamed Frenchie (Jonas Bloquet) they uncover the order’s unholy secret. Risking not only their lives but their faith and their very souls, they confront a malevolent force in the form of the same demonic nun that first terrorized audiences in The Conjuring 2, as the abbey becomes a horrific battleground between the living and the damned.”

And battle they did. The characters were always holding their lantern out, walking bravely towards or running away from something that wished them harm. There was always something happening, so boring is not something I would accuse this movie of being. The Nun herself though was much scarier as an occasionally glimpsed face. Seeing her up close, over and over, became goofy and campy.

My favorite scene was when Frenchie (apparently knowing that he was in a horror movie and needed a cross to protect him) grabs a giant cross out of the graveyard and carries it around the last half the movie, even into a pub!

The Conjuring universe has changed over the years. Bigger budgets give us fancier locations, and bigger stars. When we saw the first few Conjuring flicks, we were to believe these were actual malevolent entities, based on the real-life investigations by paranormal investigators Ed and Lorraine Warren. In this new film, however, there is no feel of reality — and gone is the belief that something like this could really happen.

The story was shallow and filled with silly, if somewhat entertaining jump scares. There was no real history to dig our teeth into. The based-on-a-true-story part is gone. ‘The Nun’ feels like a fairy tale based on old folklore. They were not successful creating a whole film about one character from Lorraine Warren’s visions, and that forced them to fill in the holes with CGI effects. 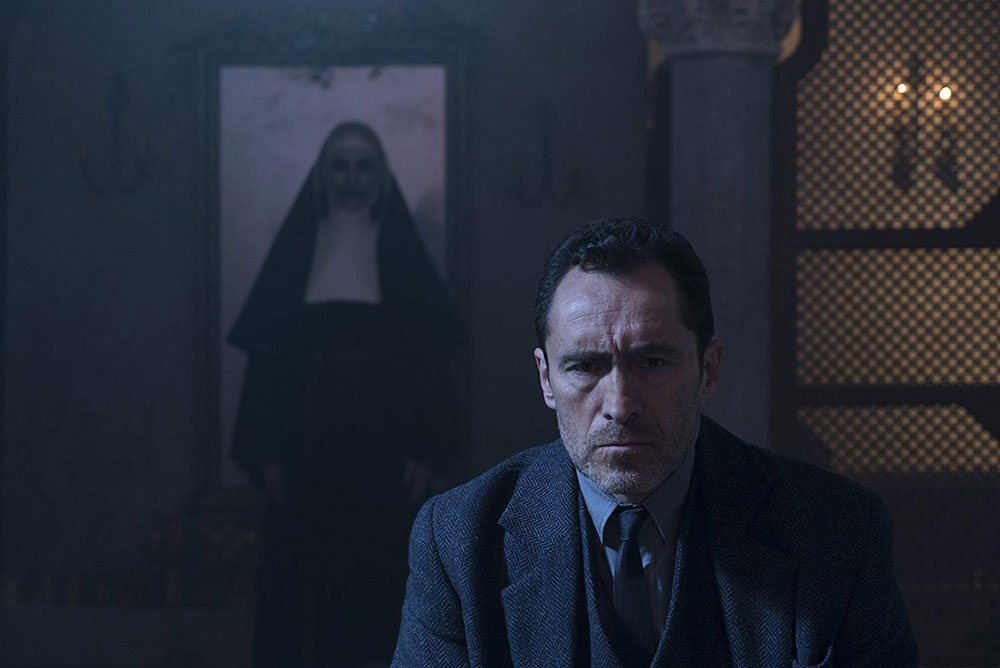 I heard someone compare the character of the Nun from The Conjuring to the minions from Despicable Me. The Nun, like the minions, are better as supporting characters in a film — not something you want to see for an hour and a half.

As far as The Conjuring universe is concerned, The Nun is the one that may make the most money but has disappointed me forever for the franchise. If it’s not going to be better than a previous film, there is no need to make it, except to make money. I would rather have seen it be an indie film with a heart, instead of a huge budget film that’s empty and all just bells and whistles.

Remove the giant special effects and there isn’t much film left. I miss the strong acting in the other films and their well-drawn out characters. These characters all felt paper thin, b-movieish, and even the jump scares became monotonous, expected and unemotional.

If you are a fan of the The Conjuring films, you will likely go see The Nun…and then promptly forget it. This film didn’t add to the franchise. I guess it’s a good date night film. You don’t have to pay that much attention to it to know there will be another nun scaring you in a few minutes or so.