“Ankle Biters” is an ambitious but jumbled little kicker that tackles some incredibly taboo themes from the vantage point of children. 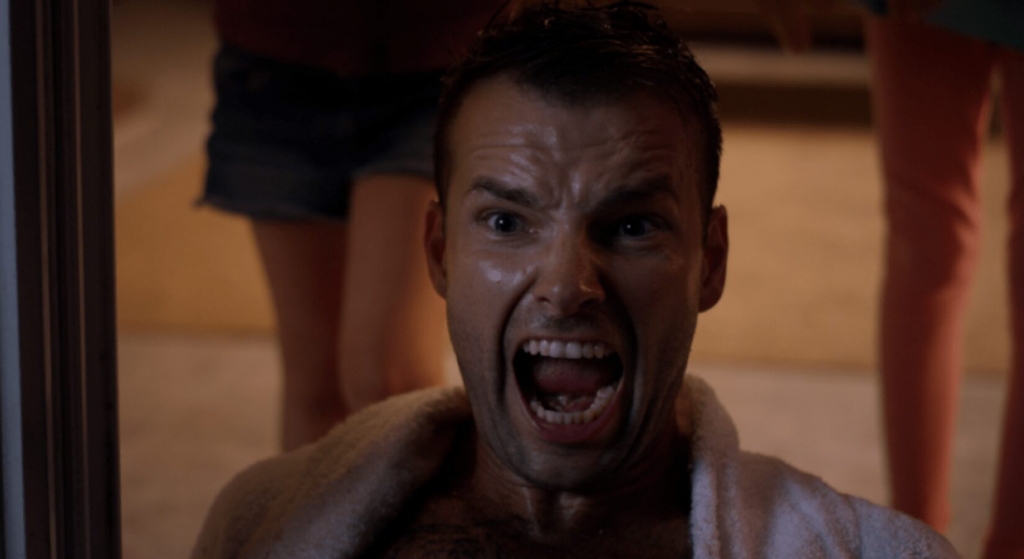 Death, like the scent of charred beef at a cookout, lingers in the air of Bennet De Brabandere’s Ankle Biters.

Alternately known by its more common (but less evocative title) of Cherrypicker, Biters is cheeky, outrageously shocking, disconcerting & intermittently hilarious. Its degree of effectiveness, however, in each of these elements…is up for debate.

Four children, four young sisters to be exact, stand at the center of this low-budget but admittedly intriguing assault on a cultural obsession with violence, male aggression & the pervasive predisposition adults often have to condescend towards kids.

Such is the case with the lead male character, Sean, played by Zion Forrest Lee (whose frequent mischievous countenance makes him a perfect candidate for this job), and it does not take long for the audience to clue into the fact that he identifies his girlfriends’ kids as mere obstacles towards his own happiness.

Rounding out this ensemble is an alluring, and surprisingly sympathetic, foil in the form of a neighbor (played by Matia Jacket), as well as the girls’ mother, played by Marianthi Evans, who imbues her maternal role with a large enough sense of comforting mama-bear security — as much the screenplay allows her to. She portrays Laura, a conflicted but very loving mother who is newly widowed.

This loss of the family patriarch, and a playful fascination with mortality, provides our introductory link to arguably the most engaging characters in the entire 91-minute runtime: the daughters.

Portrayed with an adorably sinister intensity, the film is most successful when the young characters of Lily, Violet, Dahlia & Rosalee are on screen. 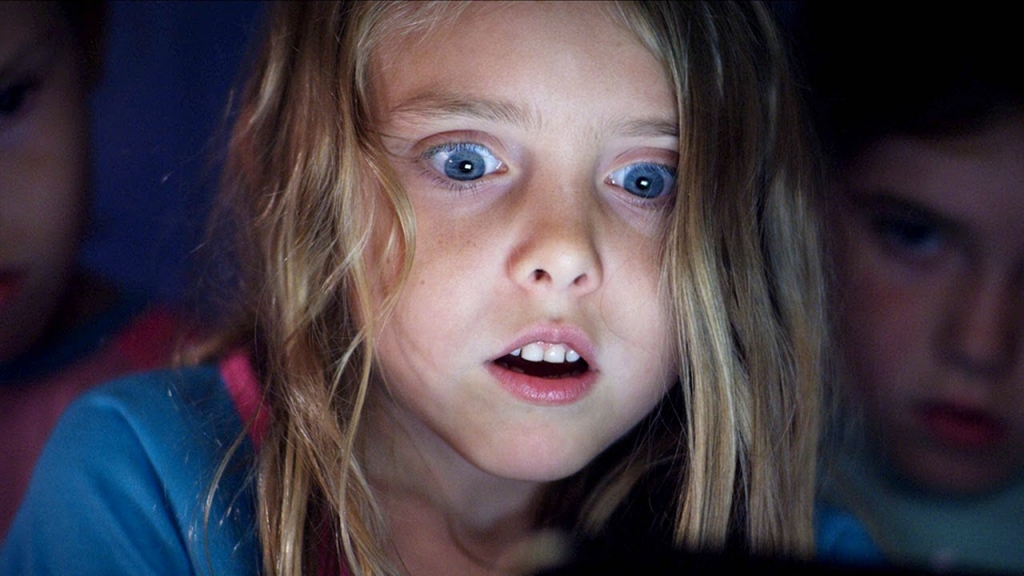 These young actors (and real-life sisters) snap, crackle, and pop every second they occupy the frame. Death & violence occupy their space from the get-go, seen in a group assault of a harmless worm, to a spider that the girls find a little too much glee in begging to have killed. Additionally, there is the cemetery where Sean experiences a traffic stop, as well as the pugilistic nature of his line of work.

This all culminates in the young girls watching something they should not be watching (a private moment between mom and boyfriend) and ultimately deciding to take matters into their own hands to combat a perceived threat.

What follows is not exactly what some viewers might expect, veering almost into Funny Games territory with some uncomfortable yet realistic consequences.

These moments of shocking real-world savagery are mixed in (to varying results) with some more outré displays of bodily harm that push the movie into almost parody territory. This disparity in tone is not exactly helped by a minor subplot involving spider-eggs, a pulpy development that mostly detracts from a movie that has many interesting things to analyze. If only it had more centration.

The film’s lack of focus is evident in a couple of mostly inconsequential characters. 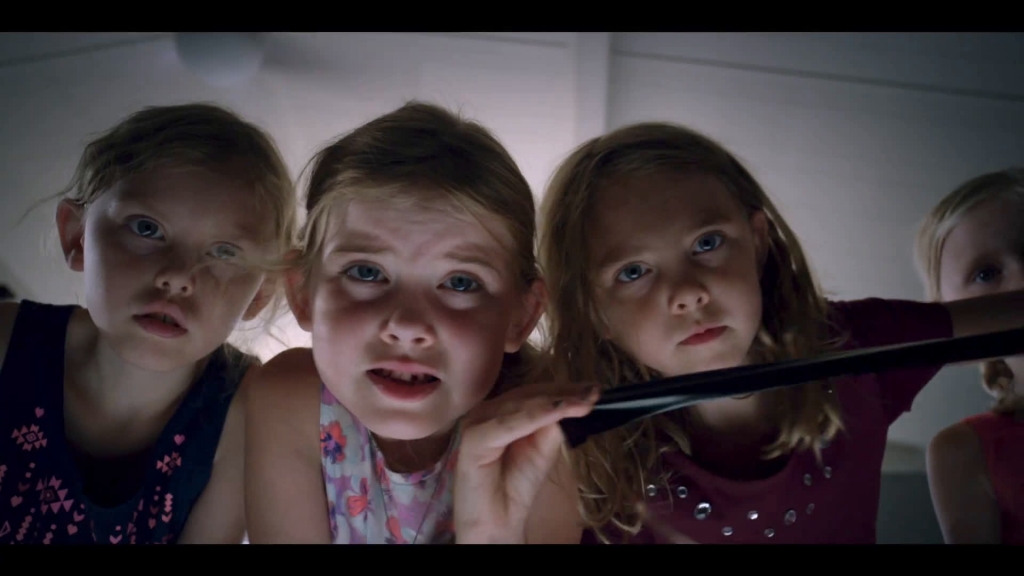 These characters play probably too large a role than they deserve in the finale, as well as production values and acting that range from good, passable, all the way down to ‘A for effort’.

The four real-life sisters at the center are far and above the stars; they are natural and engaging and the film could have benefitted from featuring them more prominently, or with a script that was more concerned with telling its truth more concisely, rather than settling for the easy shock too often.

Regardless of its audacity and absorbing young characters, Ankle Biters does not leave much of a mark.