While the idea of this female-centric, supernatural horror film promises a killer good time, the devil is in the details…and the execution falls flat. 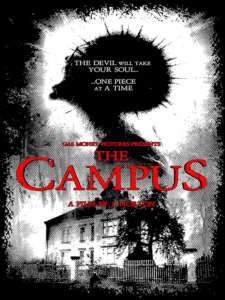 After breaking his deal with the Devil, a father passes that debt onto his daughter, Morgan, upon his death. Morgan now finds herself being brutally murdered and resurrected over and over again, losing a piece of her soul each time. In order to save her life, Morgan must find out why this is happening and stop the deadly cycle herself.

The Campus opens with a trio of men searching the desert for an ancient artifact hidden in a long lost underground cave. When they find it, they discover the terrifying consequences involving the devil himself. This opening sequence seemed to promise a wide and involved story arc that I was excited to see unfold.

Unfortunately the wonder of searching in the desert and magical lore of ancient artifacts of the opening scene is where The Campus peaks, and the story loses steam from there.

After a brief visit to her father’s funeral several years after the opening scene, Morgan (Rachel Amanda Bryant) stops by her father’s office where she plans to steal valuable goods. When the priceless artifact from the beginning is found, the repeating, deadly cycle for Morgan begins as the unpaid debt her father left her is unleashed. 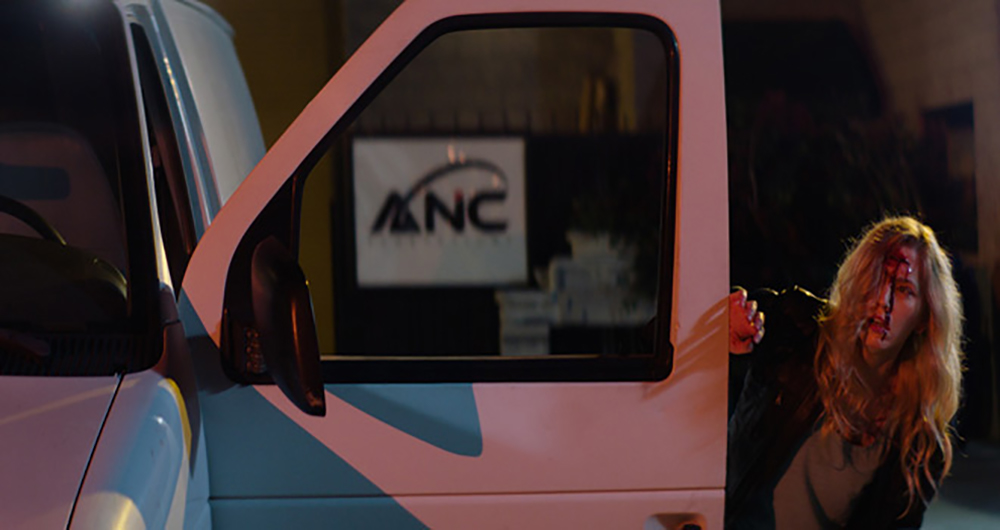 The Campus is largely a one woman show with a lot of stumbling around and thinking out loud. Posing questions like, “What the hell is going on?” and “Why is this happening to me?” This kind of out loud questioning plays out like a lazy signaling to the audience to let them know it’s ok to feel confused, we know you’re asking yourselves this, and we promise answers are coming. It’s a distracting device that actually took me out of the film even more so than I already was.

While slowly exploring the office building with a constant inquisitive look on her face, the only thing accompanying the main character (besides the occasional pop up zombie or ghost), is the constantly playing score. It’s a cautious and sad sounding score that endlessly plays the entire length of the film, switching from synthesizer to slow piano depending on the scene.

The constant score starts to feel like little more than background noise after a certain point, and a number of scenes would have been stronger utilizing a little silence.

The story line feels razor thin, and Rachel Amanda Bryant is left with very little to do other than slowly walk around and offer quick, empty one liners like, “I need a drink,” and “Fuck this.” There’s enough scares and story to fill about 30-40 minutes, beyond that there’s simply not much going on in ‘The Campus’. I suspect the constantly playing score is meant to fill the emptiness of the script. 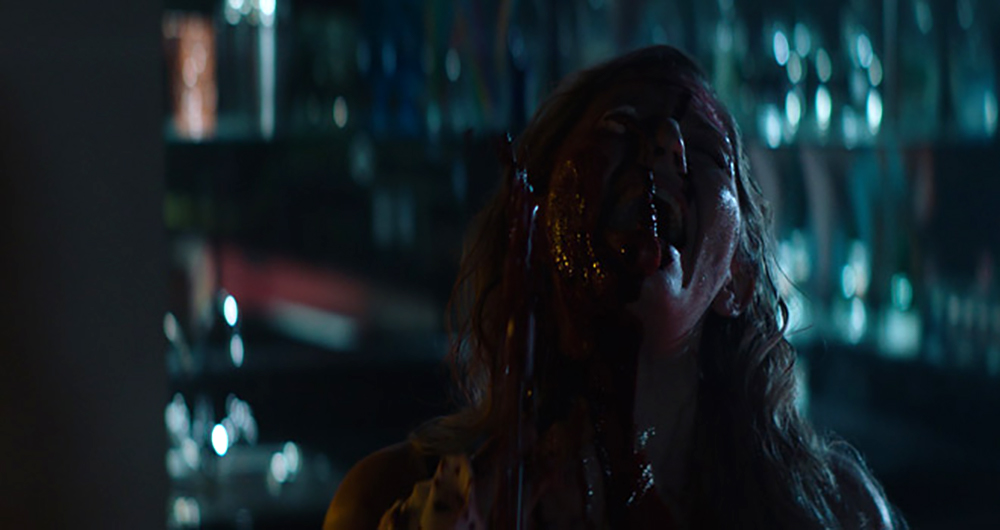 I give the idea of The Campus a lot of credit, and it sounds like it would be a hell of a good time.

The makeup and practical effects are simply fantastic, but the biggest fault of the film is the script and it’s lack of action. It’s just not very interesting watching someone walk around a building.

Even the promise of the Devil, zombies, and ghosts aren’t enough to make the film exciting. And with only one character walking around saying things like, “Yeah, this’ll do,” The Campus feels more like a first draft than a finished product.