THE WILD WEST MEETS THE APOCALYPSE 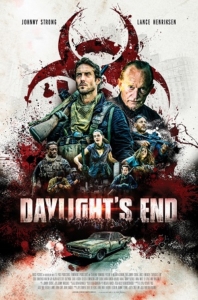 Daylight’s End takes place years after a mysterious plague has wiped out the planet and turned the majority of the remaining humans into crazed, bloodthirsty savages. To keep it simple we’ll just refer to them as zombies. When a heartbroken and tough as nails drifter teams up with a group of survivors who currently stay in an abandoned police station, the group tries to make it out alive in search of the sanctuary they so desperately seek.

I didn’t know what to expect when I sat down to watch Daylight’s End. The only thing I knew was it was a low budget horror action film with zombies starring Lance Henriksen. That all sounded good to me. But I also heard it took years to make, and I was nervous about what kind of experience this would be. It wasn’t long into the film when I found myself feeling pretty damn impressed with what I was seeing. The film took years to make because director William Kaufman and writer Chad Law wanted it to be done right. I’m very happy to say it paid off! 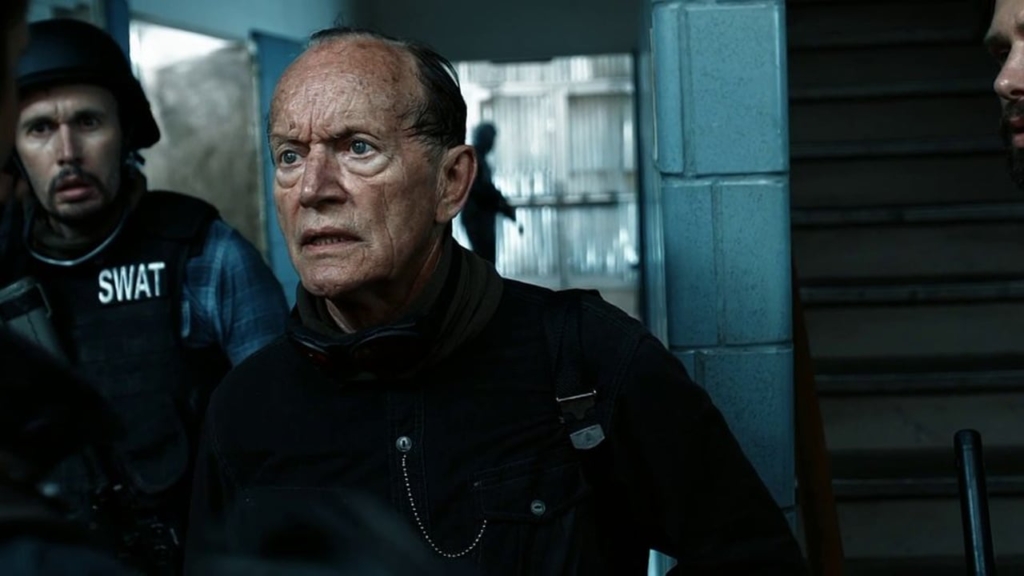 The action in this movie is insane. I mean it is damn good! It’s fast and crisp and loud with wonderful sound design. At times it seemed nonstop as the group fought endless hordes of zombies. Despite its low budget, this film easily holds its own against any Hollywood blockbuster. Major kudos to the film crew behind Daylight’s End for showing some major talent here with close quarter gunfights, large scale scenes in city streets, and tightly choreographed physical combat.

To match the action, the special effects are top notch and are equally impressive. The look of the film is also a major victory for the low budget, as the make-up, wardrobe and cinematography made these people look constantly hot and sweaty (it was filmed in Dallas, so that may have been real) and dirty; You really felt as though the clothes on their backs were all they had. Every scene was full of dirt and grime and decay. 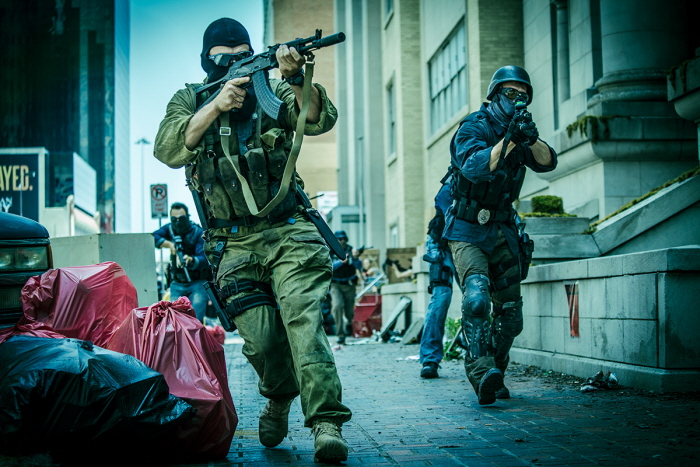 Daylight’s End really is the Wild West meets the apocalypse.

The brilliant action is no doubt the heart and soul of Daylight’s End, but the zombies are another high quality offering from the film. While they may not bring anything new to the zombie table, they are ferocious, snarling, nasty creatures that move with a crazed briskness as they crave human flesh. And the make-up work is, once again, very well done. The characters in the group of survivors are all portrayed well by solid actors and given little back stories here and there to add a sense of lost humanity to the desperate group and the world itself. The filmmakers made sure to include moments of “what was” before the plague outbreak. 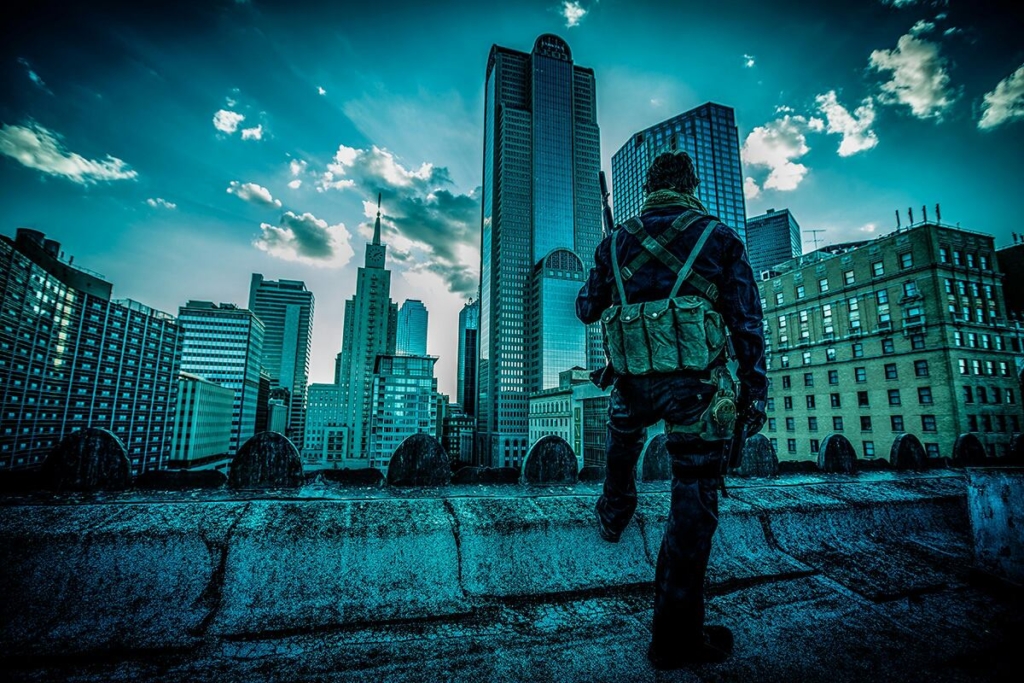 The hero of the film, Thomas, played by Johnny Strong, serves as the film’s only minor weak point that I noticed. The script does offer a heartbreaking back story to his character and does its best to create a sympathetic connection for the audience to grab onto. But this only half succeeds because Johnny Strong didn’t quite have the emotional range to pull it off. With that said, Strong does a fantastic job portraying the loner cowboy type who knows all the tricks to survive and was game for all the action scenes. The guy just looks like a Mad Max type hero.

Daylight’s End was a fun and wild ride. I was surprised at how good it looked and how impressive the action was. It also contains a good number of scares! Lance Henriksen turns in a strong performance here as the old, battle tested, and dedicated leader of the group, which was great to see.

If you get the chance to see this action packed zombie thrill ride on a big screen, do it. You won’t be disappointed!

This review originally appeared on The Indie Horror Review website and was reprinted here with permission.