While it doesn’t bring anything entirely new to the haunted house sub genre, “Ghost Witch” is a well made indie horror that starts slow but ends with a bang 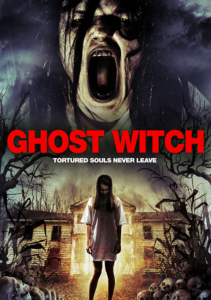 Ghost Witch is a haunted house film that follows the blueprint of such films down to a tee. While it has its high moments, mostly it’s repeated horror movie tropes. But if you’re looking for something simple, fun and non-offensive, this is a great find.

Following Zeke and his team of paranormal investigators called G.H.O.S.T., Ghost Witch takes us to a haunted house with the legend of Seven-Toes-Maggie. Mattie’s father owns this decrepit old house, and after Zeke is bullied at Mattie’s house party, she be-friends him and asks him to help her see what spooky things are happening at the abandoned house. When Zeke and his group arrive to help Mattie, the true history of the house begins to reveal itself and Mattie finds herself entangled in a decades long haunting that may change her life forever. 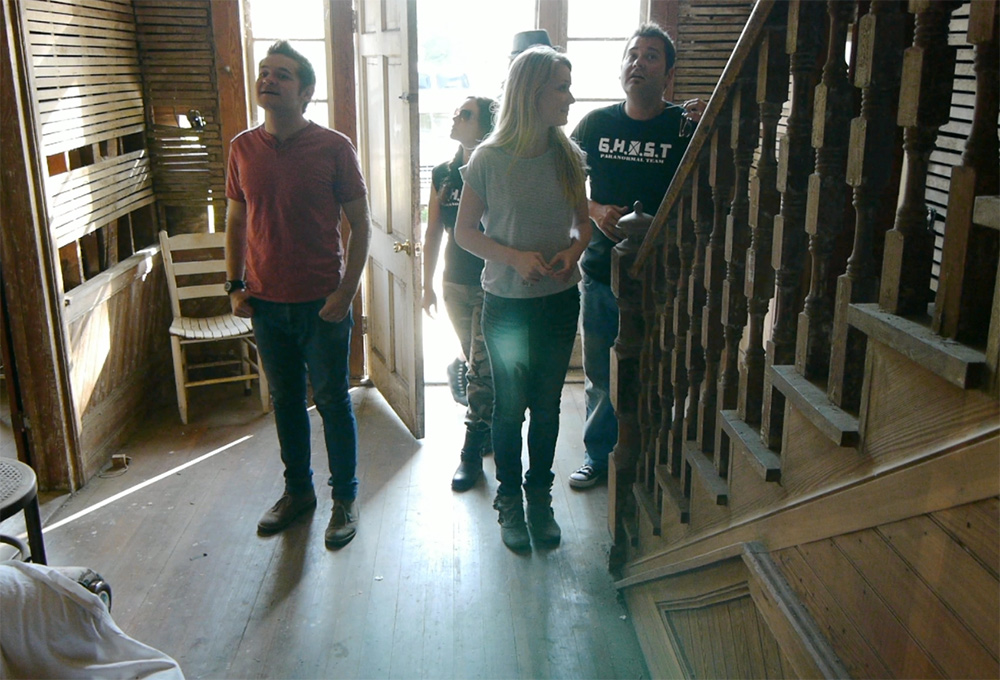 Let’s hit on the high notes first – this is an indie film with very little budget and support. But, for most of it, you don’t get that vibe. The effects are done incredibly well and the director, Joseph Lavender (who also plays the character of Cameron), is smart with his indie budget – he keeps the effects to a minimum, allowing them all to be quite effective.

While the first three quarters of this film are quite uneventful, the final showdown is really great fun. One particular scene that involves a pinky toe and a pair of scissors really took me off guard in the best way and had me reacting out loud. Once things pick up in this film, it becomes a really fun horror movie. And while it hits on every trope you could imagine in a horror film – you sort of stop noticing and just have a great time. 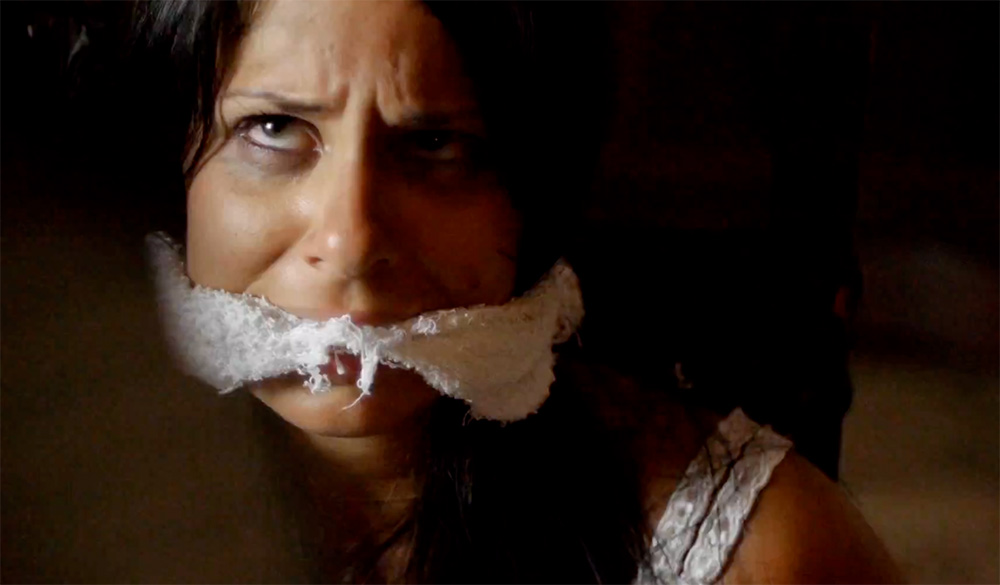 I think with a bigger budget, some real studio support and time, Lavender could pull of a great, classic horror film. I’ll be rooting for him in the future.

The acting was well done; the chemistry between characters was refreshing to watch. Chase Steven Anderson in the lead role of Zeke handled a lead role with stable hands. While some of the dialogue and events were questionable, Anderson made them believable. The same goes for Mattie, who is played by Mandi Christine Kerr, who manages to bring Mattie to life on screen. While she does spend a lot of time confused and screaming, it doesn’t feel old and tired. You root for her and feel for her throughout the film. 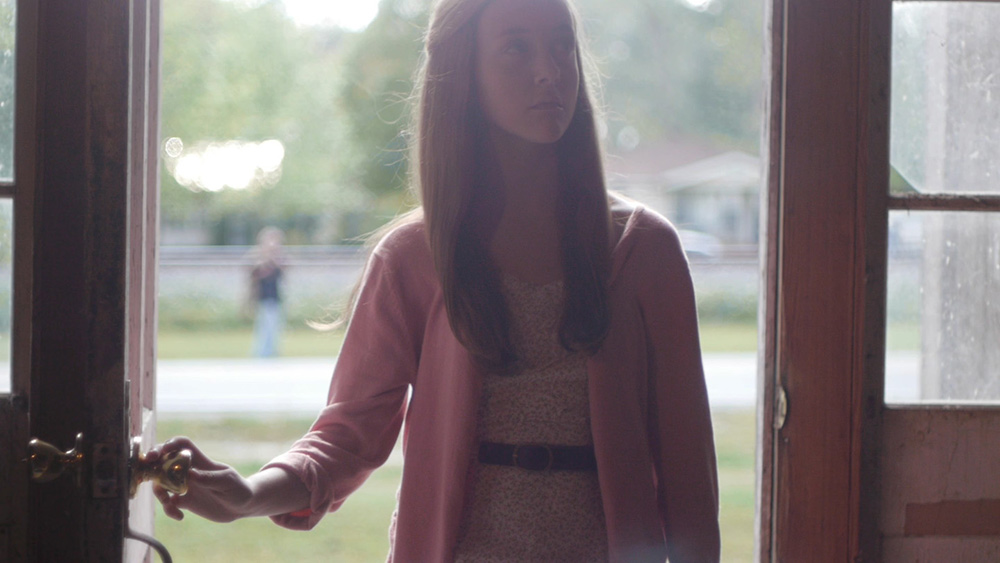 As I mentioned, things pick up like crazy at the end of the film and there’s a lot of fun horror movie violence and killings, which while not original, were still fun to watch. I only wish that these had started earlier and weren’t just smashed into the final 20 minutes.

The ghost story was never fully fleshed out, which made me sad. There was so much time spent on the characters that we sort of lost why they were even there at this haunted house in the first place. The opening of this film is rough, and I only wish that time had been replaced with some more history on this mysterious Seven-Toes-Maggie — creating a better ghostly storyline for us to follow. 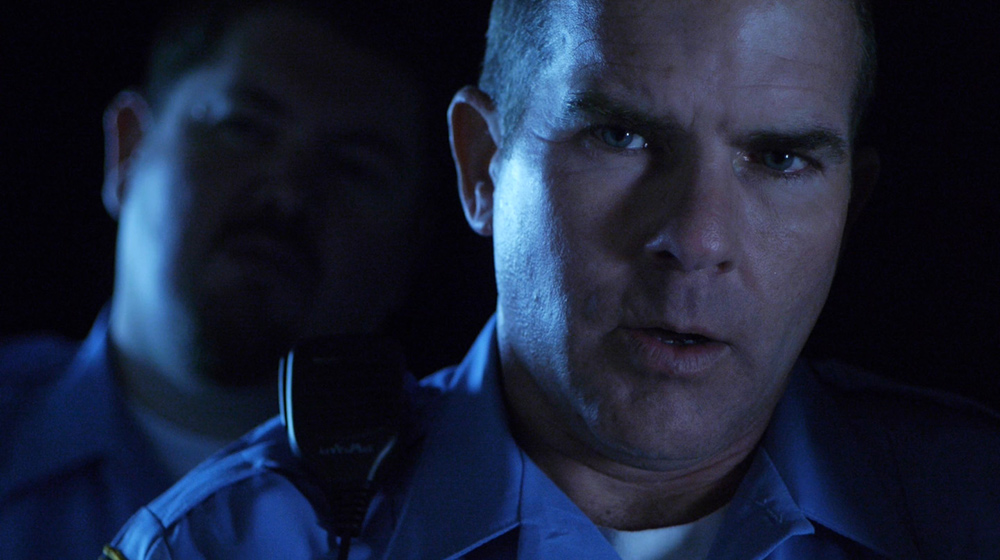 The scares are minimal but I’m sure will catch some people off guard. There’s some great ghostly imagery that I like to see in my haunted house movies, like people getting possessed and things floating in the air and people sleepwalking.

Basically, Ghost Witch is not going to blow your mind, but it’s a comforting trip down horror movie trope lane and hopefully is only the beginning of a long horror movie career for Lavender.