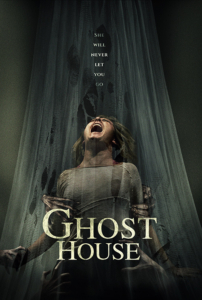 I have never gotten a chance to go to any Asian countries. As a photographer, I know the visuals would make me deliriously happy and I would come back home with thousands of beautiful shots. After watching Ghost House, I wonder if I would be the same kind of dumb tourist, blundering my way through places I shouldn’t, just to get a great photo! I will be much more careful from now on — I am not in love with the idea of running into any vengeful spirits, other than on the big screen.

Most people like to be very organized on a vacation, since it’s usually a short time and they want to do the most they can, but in Ghost House, our American couple Julie (Scout Taylor-Compton) and Jim (James Landry Hebert) hand themselves over to the first driver in Bangkok that calls to them, an energetic young Thai named Gogo (Michael S. New). After Jim pops the big question at dinner, they go off partying with the first group they run into. Very impulsive, and it turns out to be their undoing. 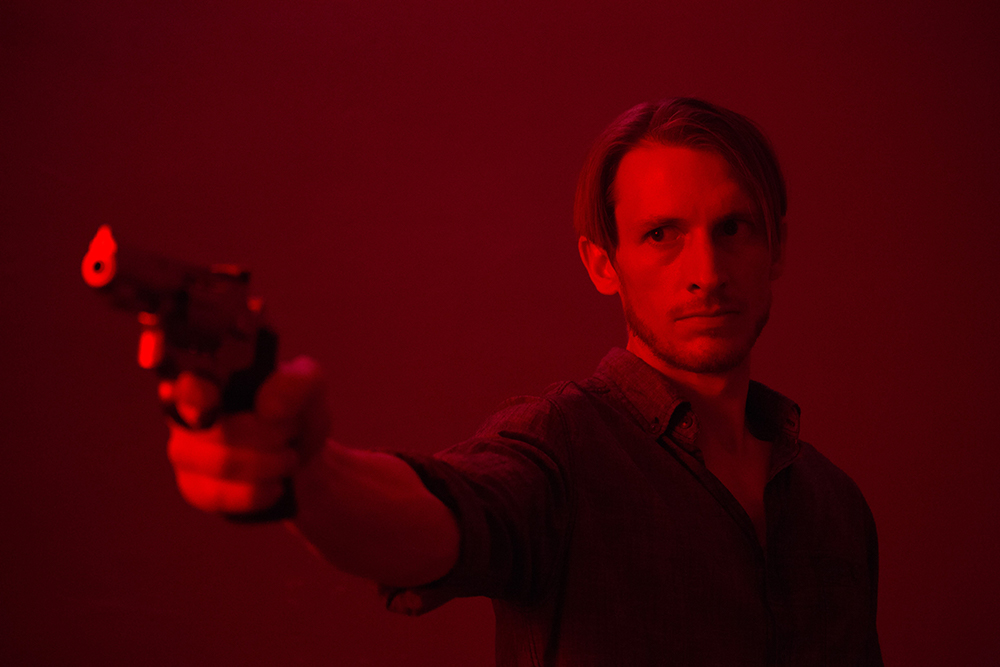 Their new British “friends”, Russell (Geoffrey Banks) and Rich (Lee Gray), have an ulterior motive for choosing them — get the couple drunk and mad at each other. The duo then talks them into going off to a rural area so Julie can get photos of spirit houses in a Buddhist graveyard, surrounded by a dark, dreary forest. After tricking Julie into taking an object out of one of the spirit houses, they abandon them.

What happens then, sets the pace for the entire movie, and the desperate couple have a very short time to save Julie’s life. What can they do to stop the vengeful spirit (Watabe) from destroying Julie? 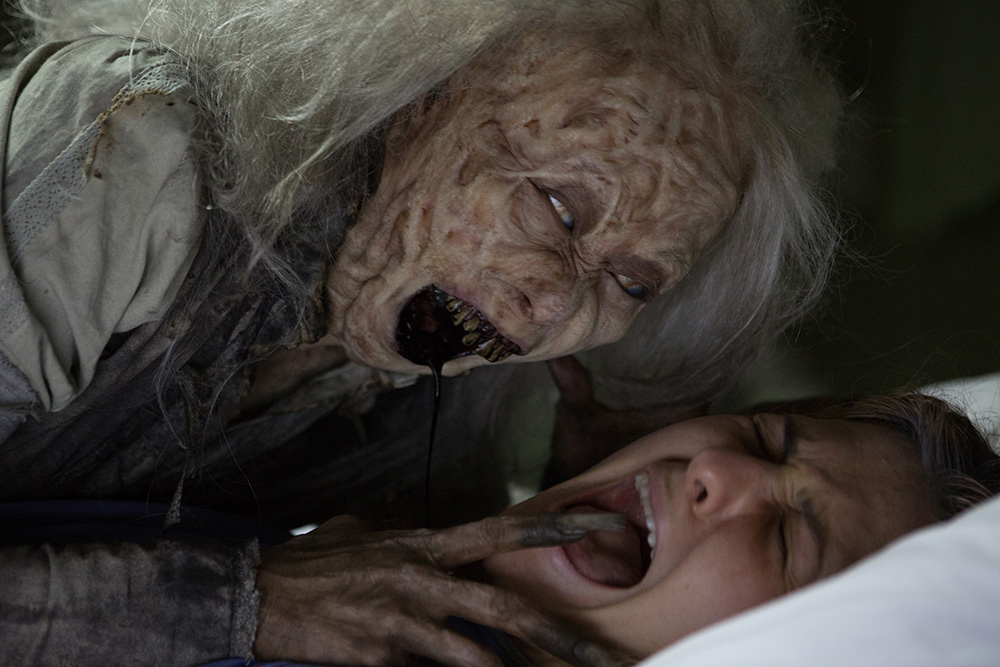 What’s a Spirit House, you ask? If you were to travel to Thailand, all the tourist guides mention spirit houses. Most of the time this concept is explained in a simple way – the houses are built for spirits, so they don’t bother the inhabitants of the land. It is a good explanation, although quite a simplified one. It turns out that behind these beautiful, little buildings there is a bit more to discover. Some of the dead are not happy campers.

Many of the ghosts that get up to no good are thought to be the spirits of dead people who failed to be reborn, or died in a terrible way. So, not touching the spirit houses or removing anything from them is a smart idea. Not all the spirits are bad, but most of them are and they can be volatile and unpredictable. However, for every evil spirit there is an anti-spirit to counter it. 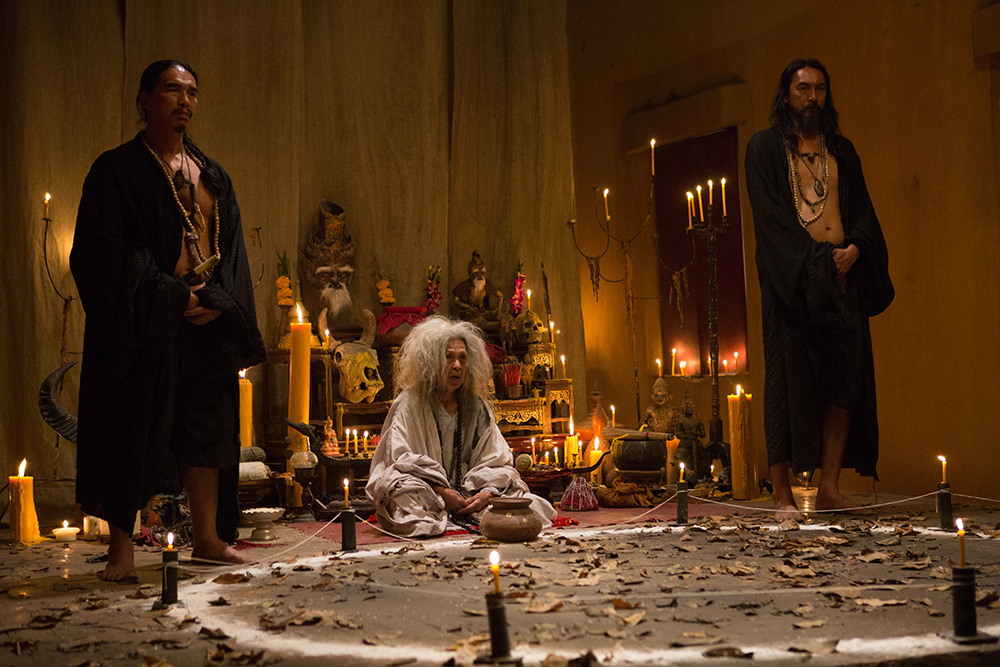 Rich Ragsdale had a limited budget and yet created a terrifying and beautiful film.

Such amazing atmosphere with great location shots, in and around Bangkok! Very important for me  — the SFX are superb. Vincent Van Dyke is one of the best in the business, and it shows.

Because the film reminds me a bit of Sam Raimi’s Drag Me to Hell, The Grudge and even The Ring, and is full of many standard horror tropes, it could easily drop off the horror radar as a copycat. But Ghost House is full of great visuals, as well as some pretty great acting from Taylor-Compton (remember her from Rob Zombie’s Halloween?), Hebert and New. It also features an amazing vengeful ghost whose pain you can understand, while still being able to root against her. 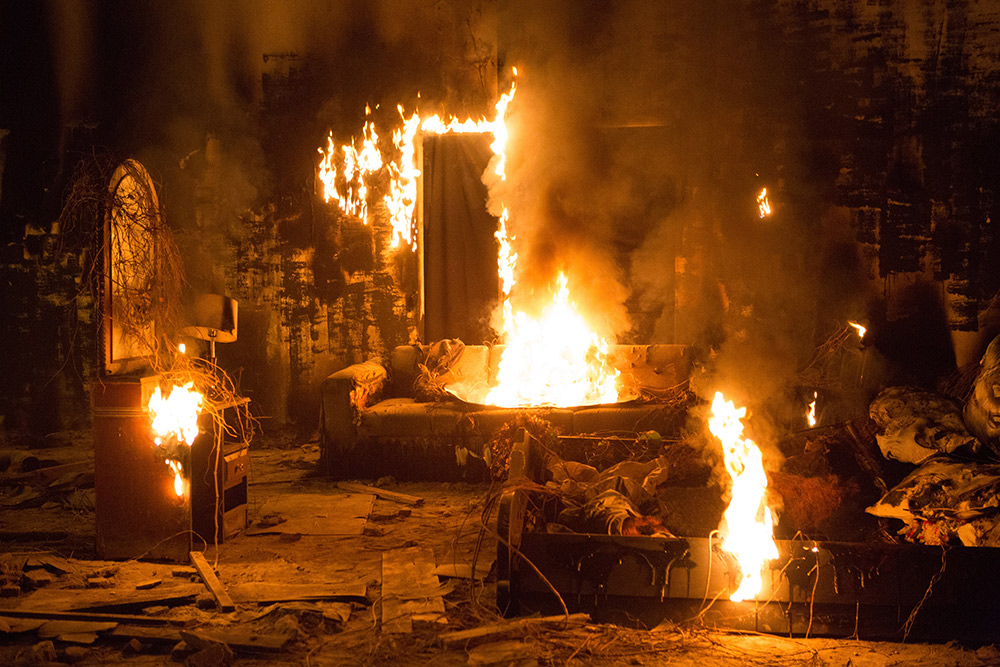 As I mentioned, I’ve never visited an Asian country, but it feels like the underlying message in Ghost House is that foreign countries are dangerous and tourists don’t respect other cultures.

Half the Thai characters in the movie are creepy, or blessed with special knowledge of the paranormal — hopefully not real stereotypes. Luckily for Jim and Julie, in the film, it is true that it is easy to find supernatural guidance, since their driver Gogo has a whole family who knows how to send demons back to Hell. Gogo is instrumental in helping Jim get the help he needs for Julie to get rid of her curse.

Overall, I really liked Ghost House and suggest you give it a watch when you can. Ghost House was released to limited theaters and VOD on August 25th, 2017. For more info, you can check out their Facebook page to see where to watch it.