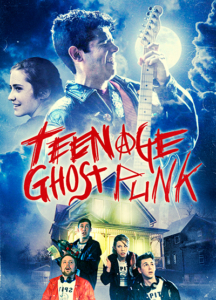 Teenage Ghost Punk, written and directed by Mike Cramer, has just enough humor, spunk, and off-kilter dialogue to make for an entertaining romp about a cheekily haunted house and the kindhearted family who lives there.

This supernatural comedy focuses on high-school student Amanda (Grace Madigan), her younger brother Adam (Noah Kitsos), and their widowed mother (Adria Dawn), a family of three who must relocate to suburbia in an effort to rebuild their lives. Right off the bat, the interaction among the family members is playful and humorous, with Amanda providing the right amount of lovelorn angst and Adam getting the most laughs with his quirky dialogue and pseudo-intellectual manner of speech. 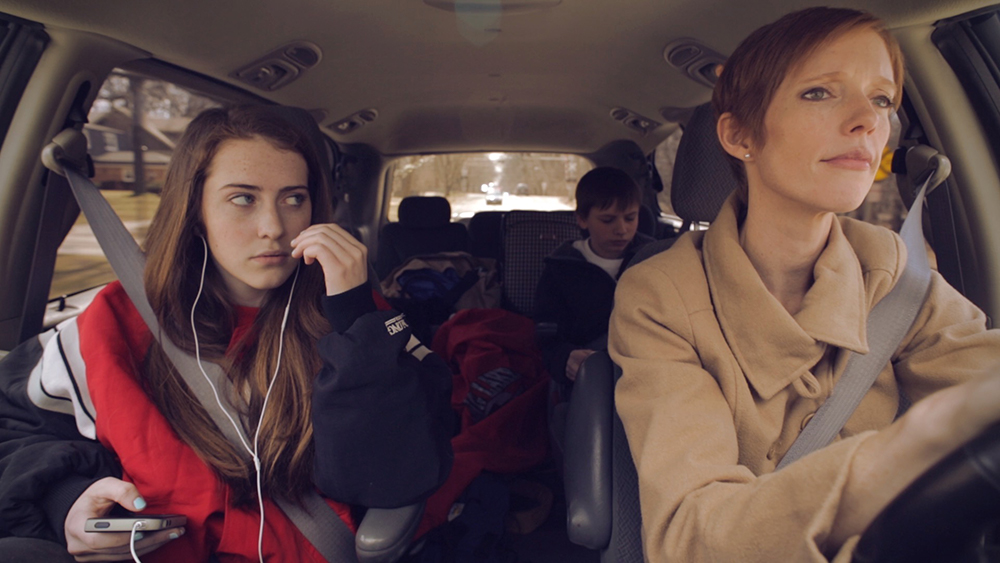 As Amanda comes to terms with leaving her hometown memories behind, she discovers that their new house is haunted by an ’80s-style punk rock kid named Brian (Jack Cramer). But Brian doesn’t waft through the house as green vapor or appear as a skeletal version of his former self; he’s just a normal guy who loves good music, playing cards, and hanging out with other teen ghosts from throughout the neighborhood. He and Amanda develop a strong bond that is well-written and honestly portrayed by two accomplished young actors. 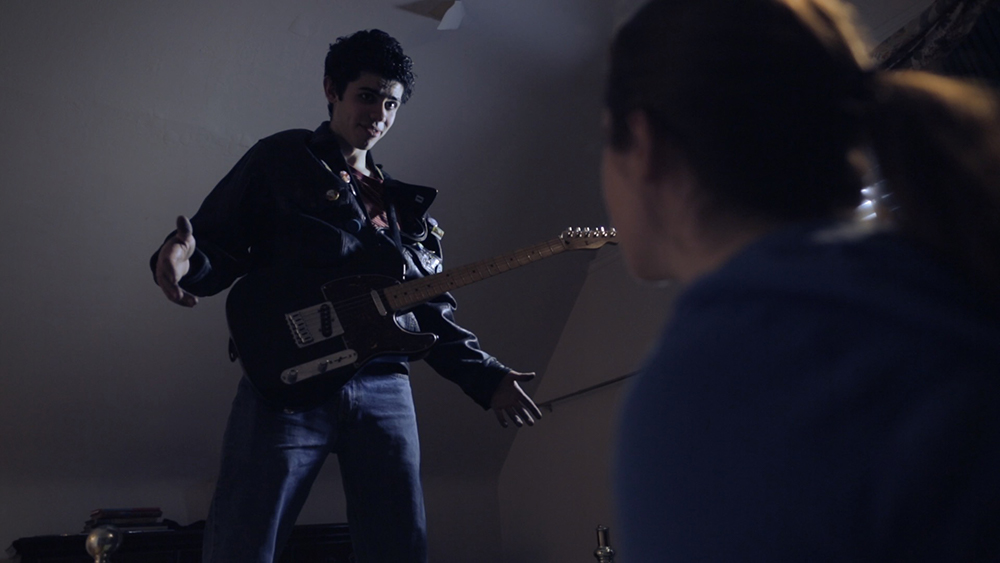 As the mother, Carol has her own ghosts to wrestle with, but they are more of the emotional kind, the kind of ghosts that linger when one realizes that life doesn’t always follow through with its promises. It is this unique spin that gives Teenage Ghost Punk its creative edge and elevates the material over films of a similar ilk. Throw into the mix two endearing neighbors and a rambunctious team of paranormal investigators who call themselves S.P.I.T. (Super Paranormal Investigation Team), and Cramer’s second film succeeds as a lighthearted exploration of adolescence, adulthood, and a much-beloved musical era. 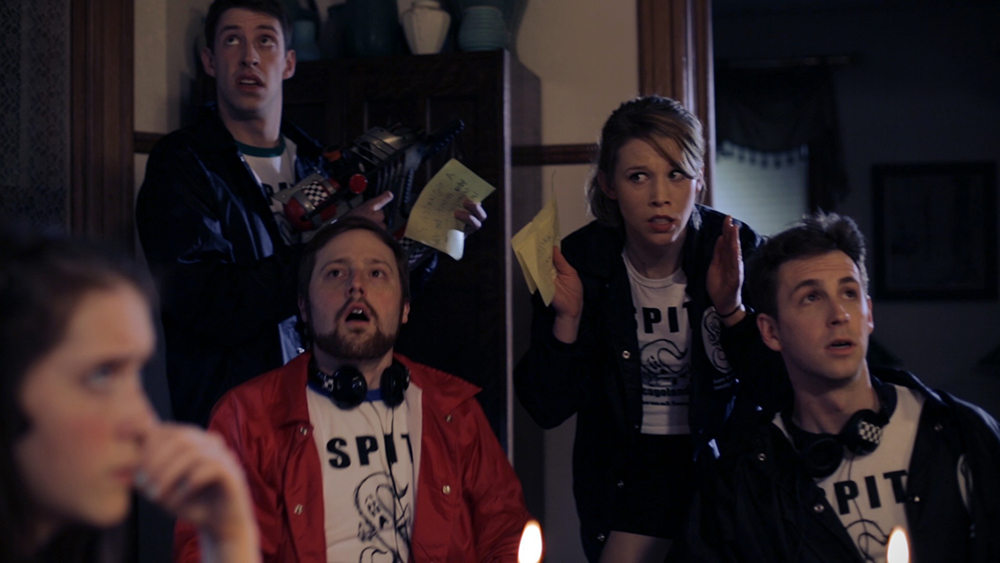 While the script of Teenage Ghost Punk doesn’t always ring true (some of the dialogue is clunky and the performances can be a bit hammy at times), the charm of the movie is that it’s intended to be frivolous, encouraging the audience to have a good time with the material and hopefully glimpse the more serious themes underneath the humor. An appreciation for the arts, including ‘80s rock and Shakespeare; the pain of letting go of the past while simultaneously embracing the present; the struggles of a grieving single parent as she comes to accept her new life—all of these issues come up in one way or another in Teenage Ghost Punk, and they each contribute meaningfully to the plot.

Adding another layer are the confident performances from all of the leads, a chugging soundtrack that parallels the emphasis on music in the film, and a satisfying resolution that suggests that overcoming loss and learning how to heal are always possible with the love and support of one’s family. 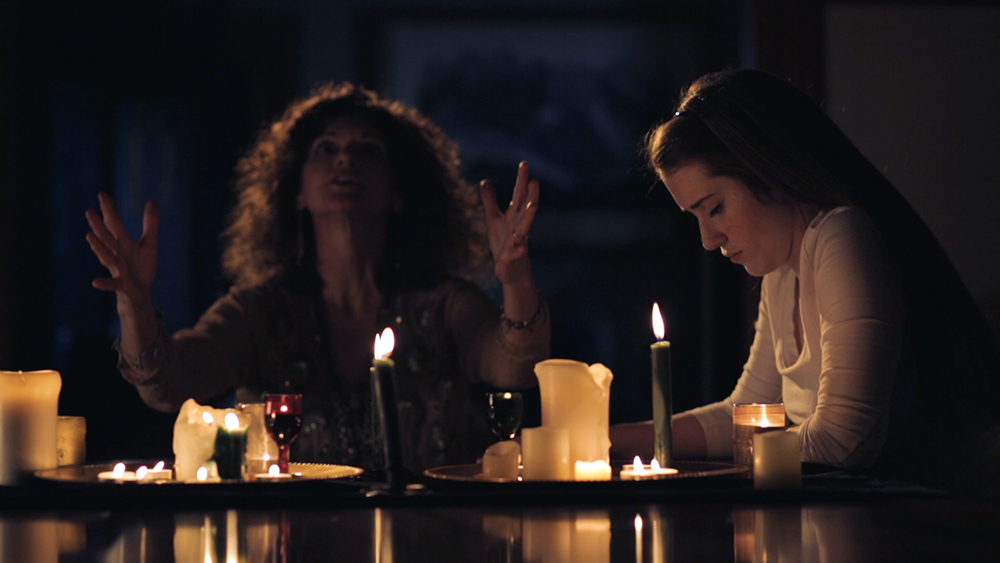 Also noteworthy in the film is the cinematography by Derek Cox, who captures the windswept streets and fall leaves of the family’s new neighborhood in evocative colors and moody tones (especially at the conclusion of the movie).

Mike Cramer’s Teenage Ghost Punk fuses elements of light horror with comedy, and the end result is a rewarding mix of the two. Available from Midnight Releasing, the film can be viewed through Amazon, Google play, and other media providers.