Lisa is the typical teenager going through a typical day at home with her typical family. The only thing is, this typical day repeats itself over and over again. Lisa is a captive in her own home, the only one cognizant of the fact that she and her family are dead and repeating the same day for what seems like an eternity. Until one day, Lisa starts to experience strange, out-of-the-norm occurrences. All Lisa knows is that she needs to escape this circle of repeats if she ever wants to see tomorrow.

First I want to say that I really liked the Groundhog Day feel. Looping storylines aren’t completely new, as seen in that movie as well as the upcoming Happy Death Day. Still, I don’t think I’ve seen anything quite like this.

Small twists here and there add up to a very compelling plot. 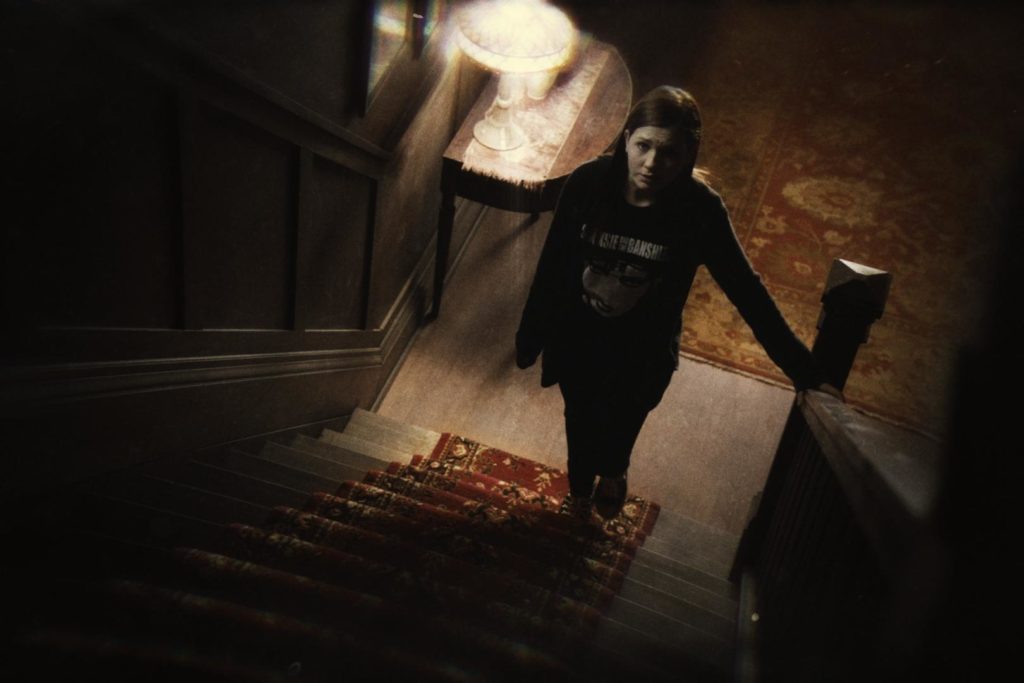 Lisa tries to convince her family of their situation and even attempts to leave the house — which fails because the entire outside is a foggy nothingness — but she can’t persuade them. It got even more interesting when little things in their daily routine began to change: Lisa’s dad begins smoking, her brother changes his morning walkie-talkie wake-up call, a mysterious pale man comes to visit the house. Then came more alarming incidents. Heavy footsteps outside her bedroom door serve as a menacing omen, while the voices she’s hearing beckon to her with increasingly disturbing constancy.

Lisa’s interest (and mine) is peaked when we begin to put pieces together. Clues left by a girl from the future lead her to learn more about the pale man she keeps seeing. Despite the man’s warnings, Lisa continues to dig deeper into the history of the house, discovering many lifetimes of kidnapping, possession, and murder. 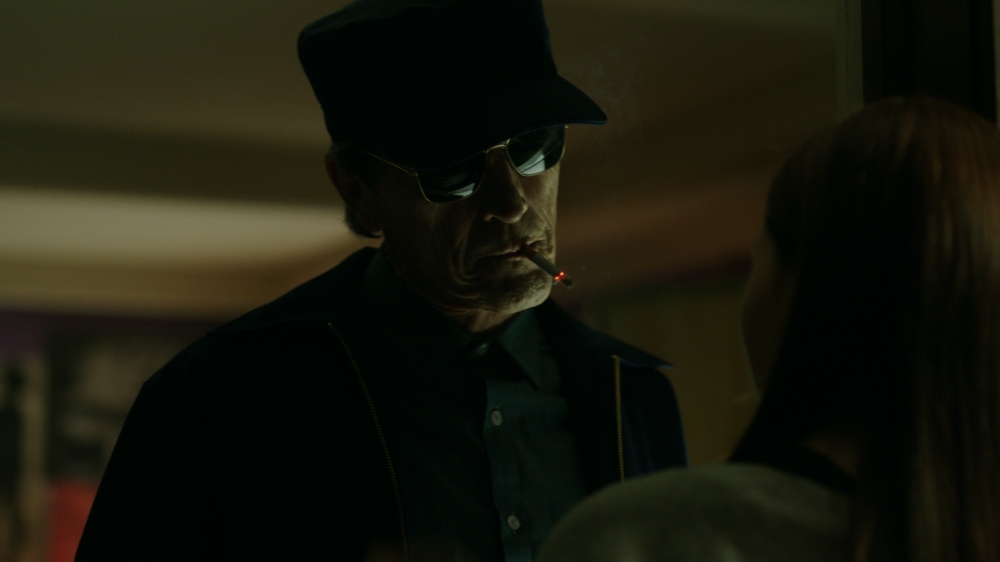 Besides an entertaining story, the scare factor is also a big player.

Yes, there are a few jump scares, but the real terror comes from a very tangible place. The Pale Man is possessing fathers to kill their families. And not in a bloody or gory way either; He suffocates them by leaving them in a running car in a sealed off garage. The murders aren’t even the only horrifying parts either. We see the possessed fathers slowly go insane in the days leading up to their deaths.

The ghosts and haunted house vibes don’t phase me too much, but knowing a family will be murdered in such a mundane and plausible way is terrifying to me. It’s almost like watching the news. I don’t have anyone close to me who’s ever been murdered, but watching Haunter gave me an incredibly uneasy feeling. 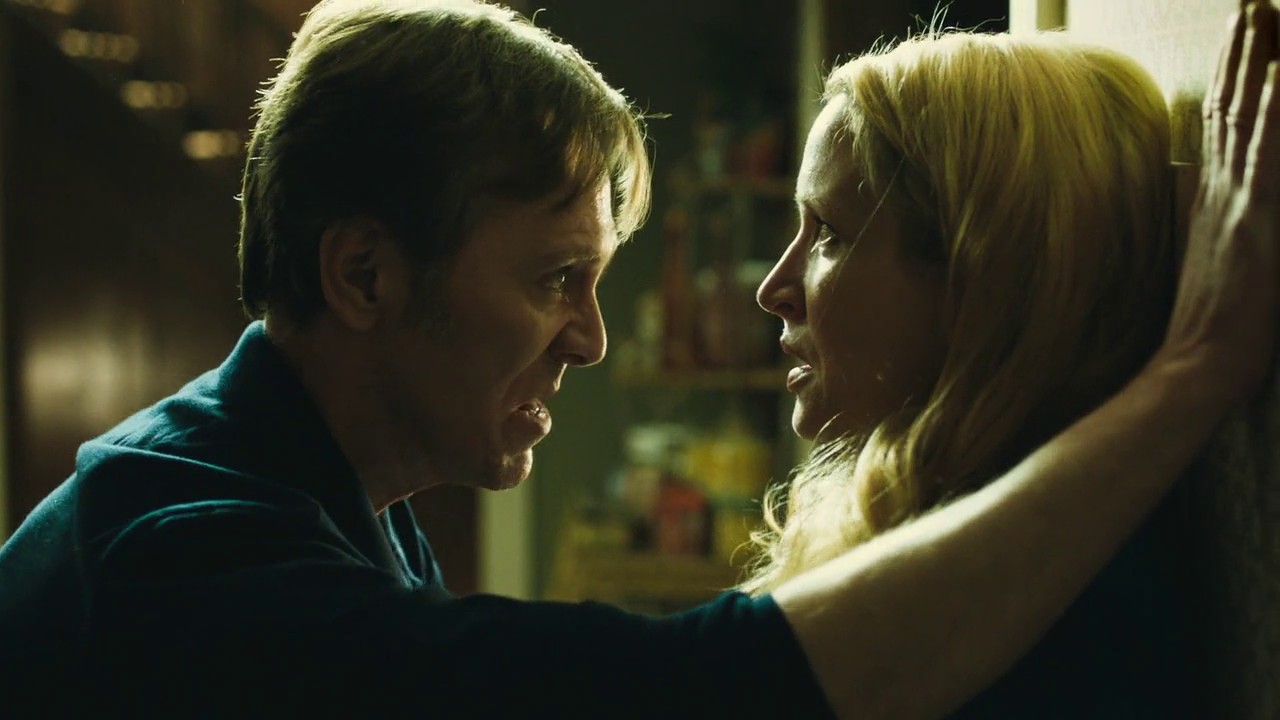 A fascinating story with subtle scares isn’t all I look for though, and unfortunately there were portions of Haunter that could use a little work.

Lisa’s final battle with the Pale Man nullifies the creative aspect of this time loop. And it’s the same with his backstory — not only was it too familiar, but I didn’t get how it translated to his evil powers in the present time. I ended up with a lot of questions that didn’t necessarily need to be answered, but it would have helped to lead me in the right direction.

That said, the short answer to “Should I watch Haunter?” is still yes. The question here is “why,” and that’s for many reasons. 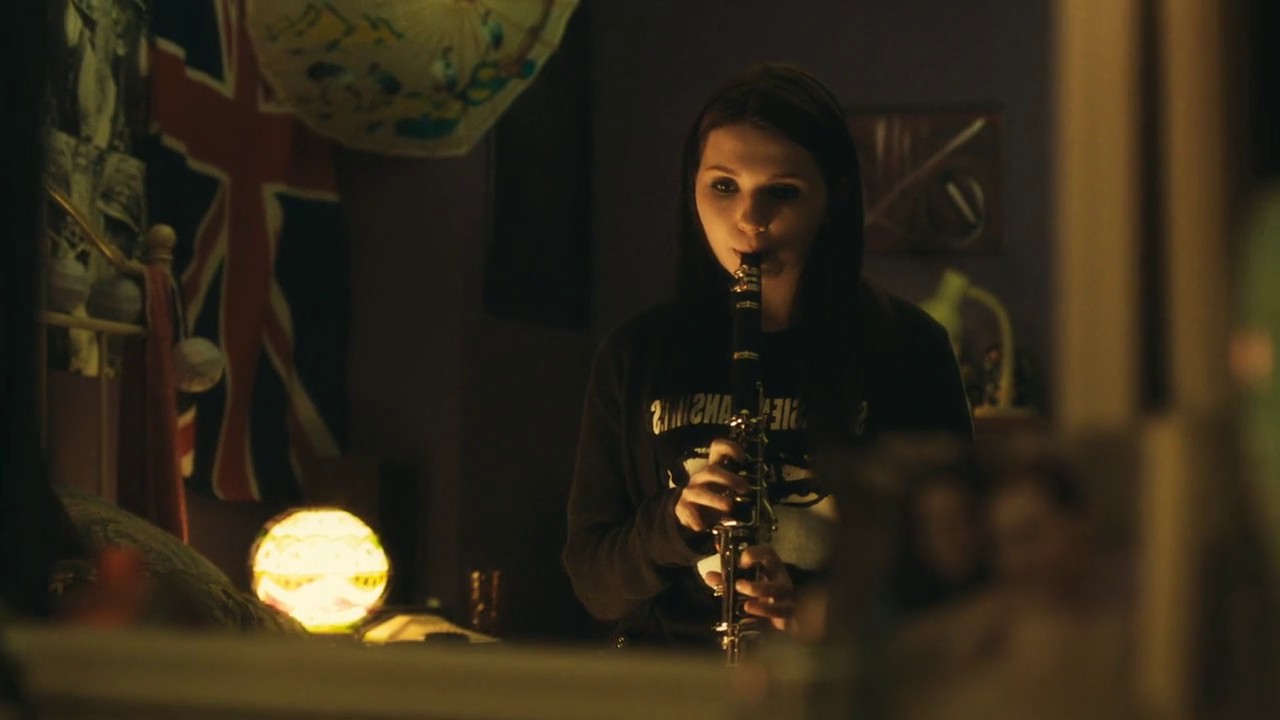 It’s a semi-common story with enough familiarity to make you feel comfortable, but enough deviation to throw you off-course. Scare-wise, it sits right in the middle of a slow burn and an all-out jump scare party.

Most importantly, I felt for these characters; I slowly got to know them as they replayed the same day over and over again. One day was all it took for me to care. If you don’t mind a seen-it-before ending and some lingering questions, Haunter is one to watch.