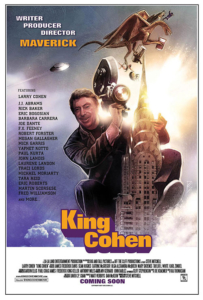 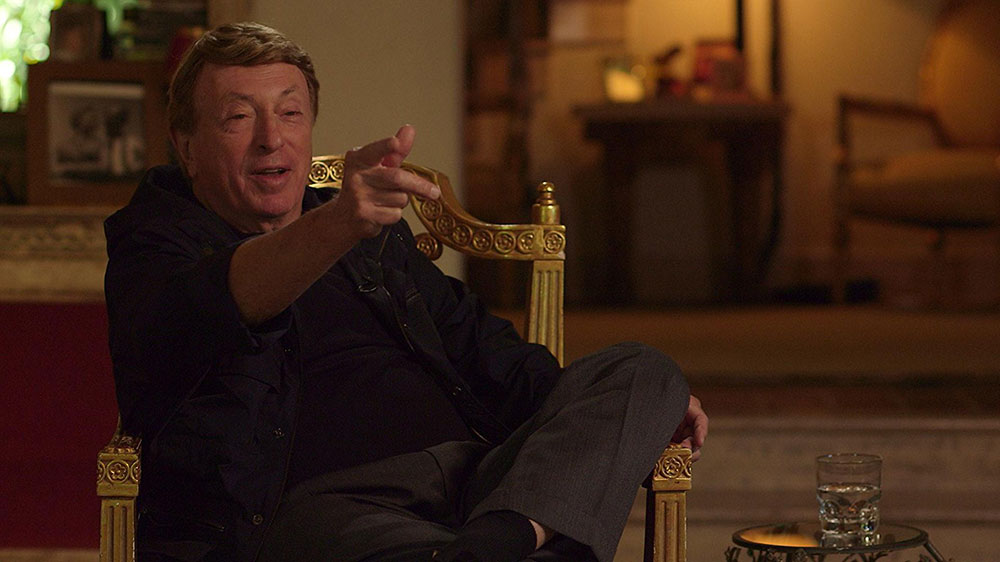 Buckle up for King Cohen, the true story of writer, producer, director, creator and all-around maverick, Larry Cohen (Black Caesar, God Told Me To, Q: The Winged Serpent, The Stuff). Told through compelling live interviews, stills and film/TV clips, the people who helped fulfill his vision, and industry icons such as Martin Scorsese, John Landis, Michael Moriarty, Fred Williamson, Yaphet Kotto and many more, including Larry himself, bring one-of-a-kind insight into the work, process and legacy of a true American film auteur. Few can boast of a career as remarkable or prolific, spanning more than 50 years of entertaining audiences worldwide! 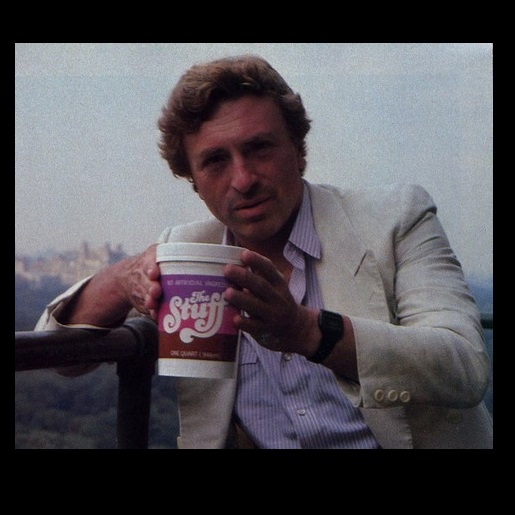 While there have been many directors and horror films that have helped to shape how I view the genre and what I find entertaining, very few directors have left the impression on me that Larry Cohen and his films have. His first feature length film IT’S ALIVE (1974) was made 2 years before I was born, but it would not take me long to find it and other films in his cannon as a director such as GOD TOLD ME TO (1976), IT LIVES AGAIN (1978), FULL MOON HIGH (1981), Q, THE WINGED SERPENT (1982), THE STUFF (1985) and IT’S ALIVE III: ISLAND OF THE ALIVE (1987).

When you add to the fact that he was also a writer (many of the titles above being of his own hand and imagination as well as titles like MANIAC COP (1988), you begin to realize the rare talent that was and still is on display whenever you watch one of his films. As I got older, I began to realize that Larry was not just throwing gruesome images at the screen to titillate the viewing audience but was actually speaking on a deeper subtext about society and mankind (very similar to what George Romero was doing with his zombie films). 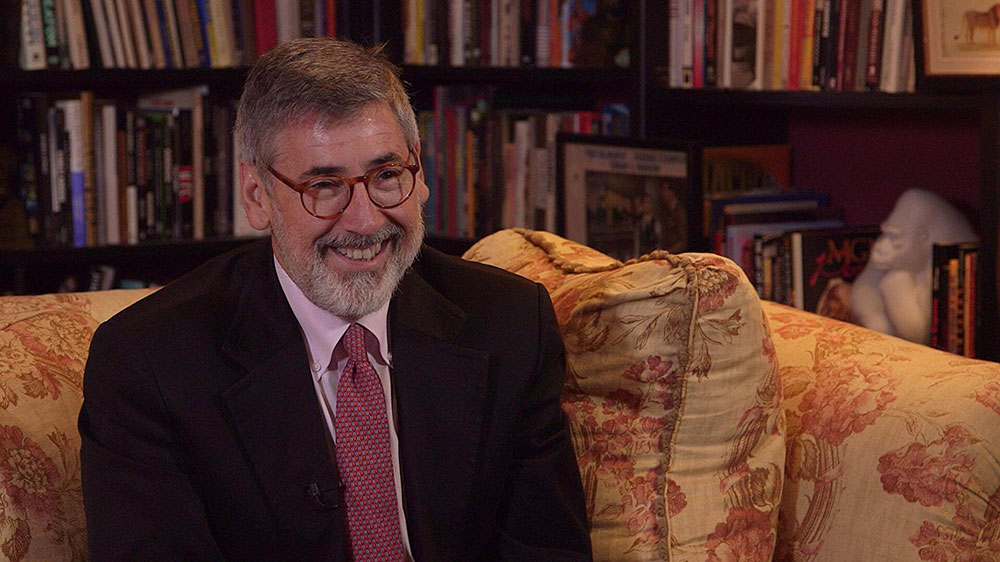 It did not take me long to expand my search and reach into his other work.

What Director Steve Mitchell has brought to us with KING COHEN is an amazing look into the incredible world of Writer/Director/Producer Larry Cohen. Filled with incredible stories narrated by Larry and a host of film royalty of days past and present (including such names as J.J. Abrams, Rick Baker, Joe Dante, Mick Garris, Yaphet Kotto, John Landis, Laurene Landon, Traci Lords, Michael Moriarty, Tara Reid, Eric Roberts, David J. Schow, Martin Scorsese, and Fred Williamson), we get a glimpse at the process Larry used to make his vision his own from start to finish.

When you consider he sold his first script at the age of 17, you can actually empathize with him as he talks about the frustrations of studios and producers always interfering with the film making process. On top of that, we get to hear how Larry was a maverick film maker that took many risks and outright “stole” shots in public locations that many other directors would have never been able to achieve without months of prep time and considerable paperwork. Hearing those stories only helped to strengthen my appreciation for the hours of entertainment he has provided all of us over the years. 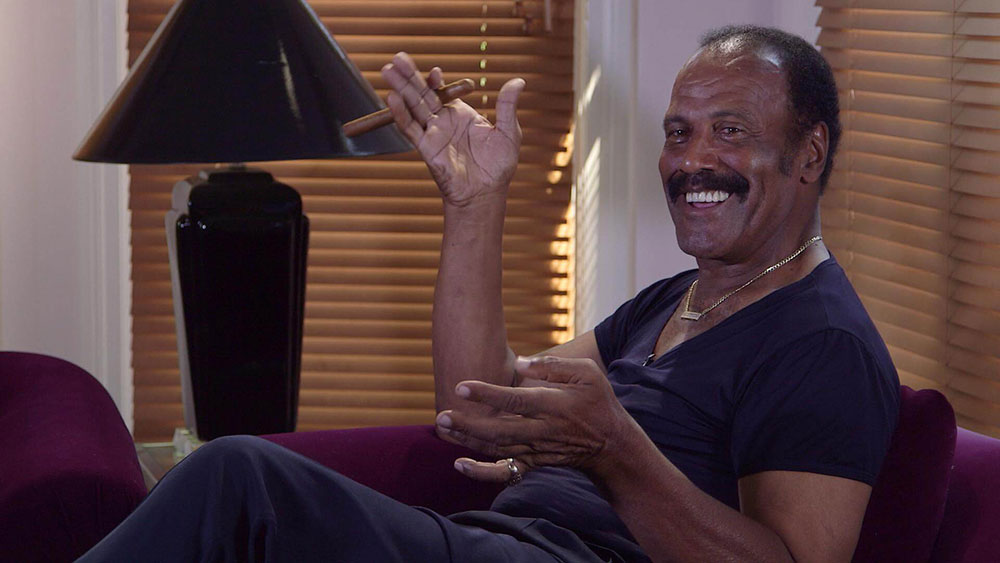 The warmth of his actors and actresses is something that comes across very well in the documentary as well.  Even at times when you hear about the difficulties that were involved on set, you never once heard anyone say anything bad about Larry. It was particularly touching to listen to Michael Moriarty and Larry discuss working with one another. You can certainly tell in film when a director and an actor/actress click and are on the same wavelength, and in many of Larry’s films Michael was often the main cog.

Actress Laurene Landon is highlighted as well and she speaks fondly of the friendship that she and Larry continue to share to this very day (in fact, thanks to Laurene, I was able to interview Larry for The Calling Hours Horror Podcast not long ago) and how well they understood each other while on set. 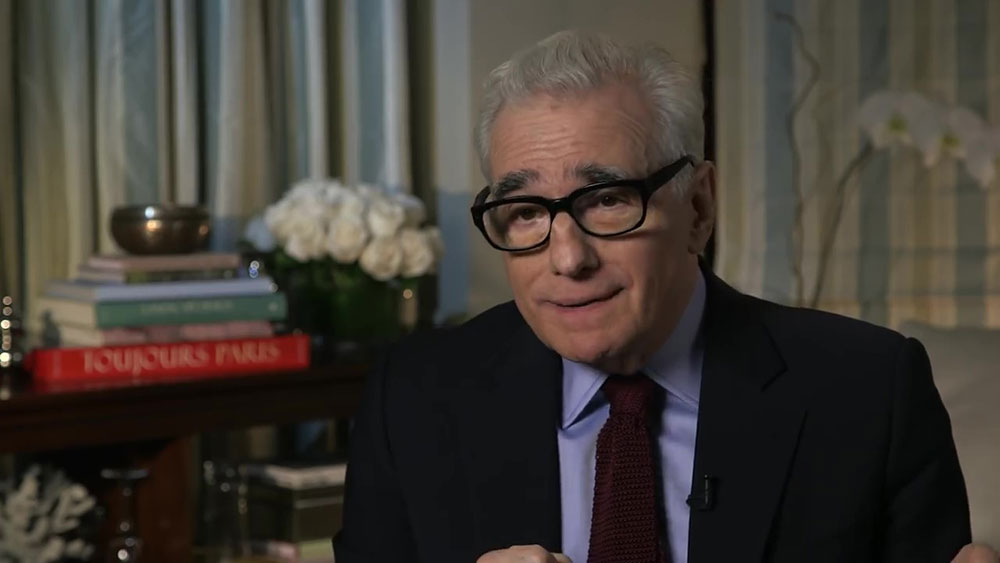 To hear such legendary names as John Landis, Martin Scorsese, Joe Dante and Mick Garris talk about what an innovative director and human Larry is was a treat as well.  We sometimes forget that these celebrities are people just like we are, and to hear some of the greats giving praise to another of the trade was quite breathtaking. 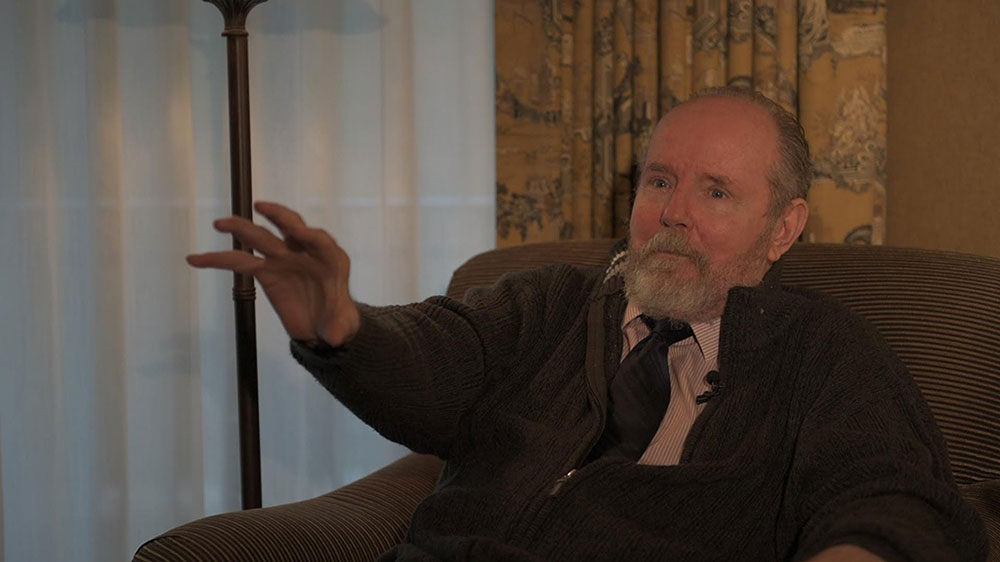 As for the entirety of the documentary, I find it difficult to name another one that has drawn me in like this one has. King Cohen manages to blend all of the elements of Larry’s career into a tight knit and well crafted story. The pace never seems to drag as it covers everything from his start writing for TV all the way up to his current work as a writer.

It actually still amazes me at times to realize that I have watched or seen more of Larry Cohen’s work when you consider everything he has done as a Producer/Writer/Director than just about anyone else in the industry. I hope that Larry continues to do things his way and that we see another feature film from him in the near future. 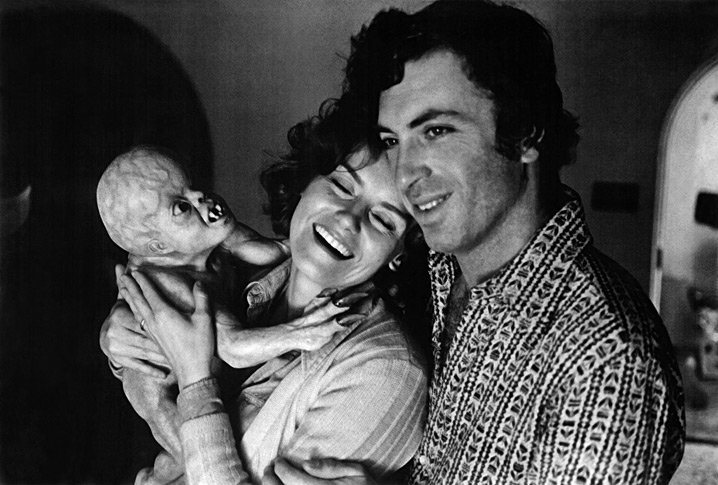 This style of film maker is a breed that is slowly disappearing from the world today, but I can hope this documentary opens some eyes to what an innovative and inspiring man Larry Cohen has been over the years.

The presentation of the interviews in King Cohen is excellent with a wide variety of guests that span a wealth of genres and generations, giving us a fine view of the historical context of what Larry has brought to the world of film making. At times, some may take some of the stories to be too outlandish (such as the fight sequence being totally unplanned/staged in a particular film) but it seemed to come across as genuine to me. 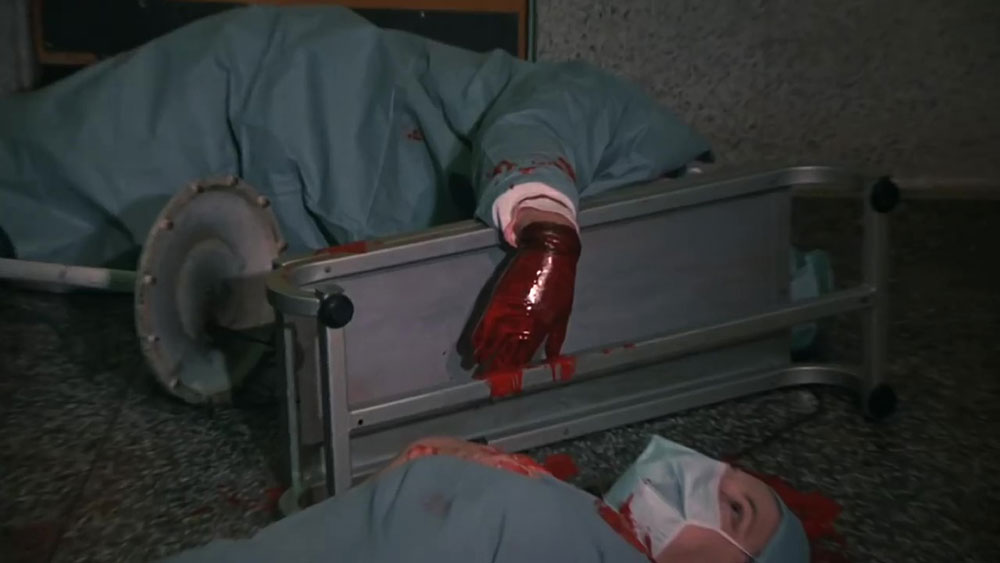 As I have seen several other reviews state, this was certainly a labor of love by the director and his crew, but he should be applauded for giving us a view into a great man and great film maker.

(As this film has not been released to DVD or Blu-Ray at this time, the rating is for the online screener) 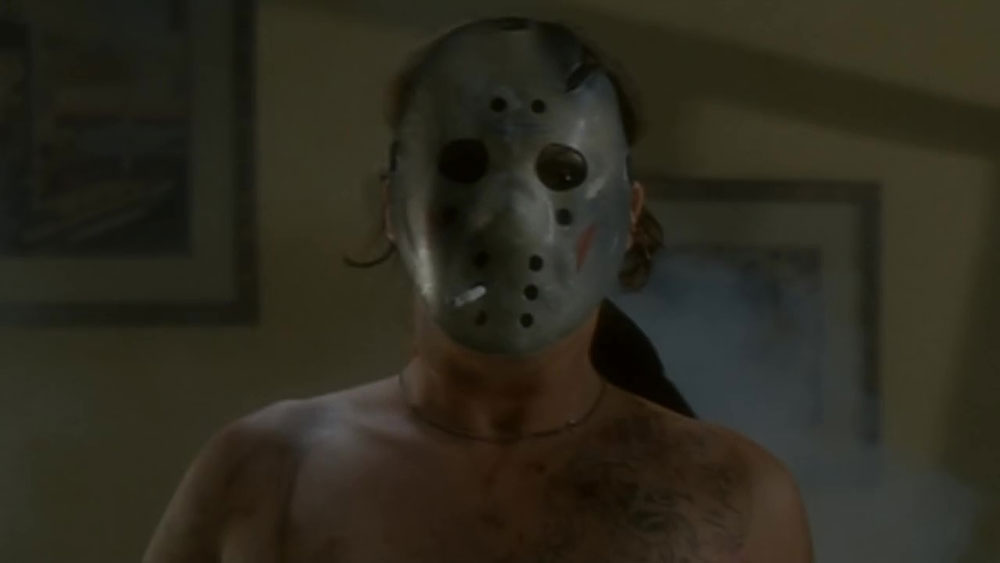 A great watch with much that can be learned. I am fascinated to see what the Blu-Ray/DVD release will be like and what kind of Special Features we may see on it.  Certainly one I will be looking forward to here in the near future. For now, make sure to check it out in a theater near you if you’re able. The film is getting a full theatrical run across the U.S. thanks to Dark Star Pictures.

King Cohen begins its theatrical run July 20 in markets including Los Angeles and New York. Special event screenings of the film will also be held throughout July and August in various cities. Visit the official website below for details on screening opportunities.