“Relic” is a deeply moving, powerfully acted film about the devastating horror of a broken mind and the pain of watching a loved one fade away. 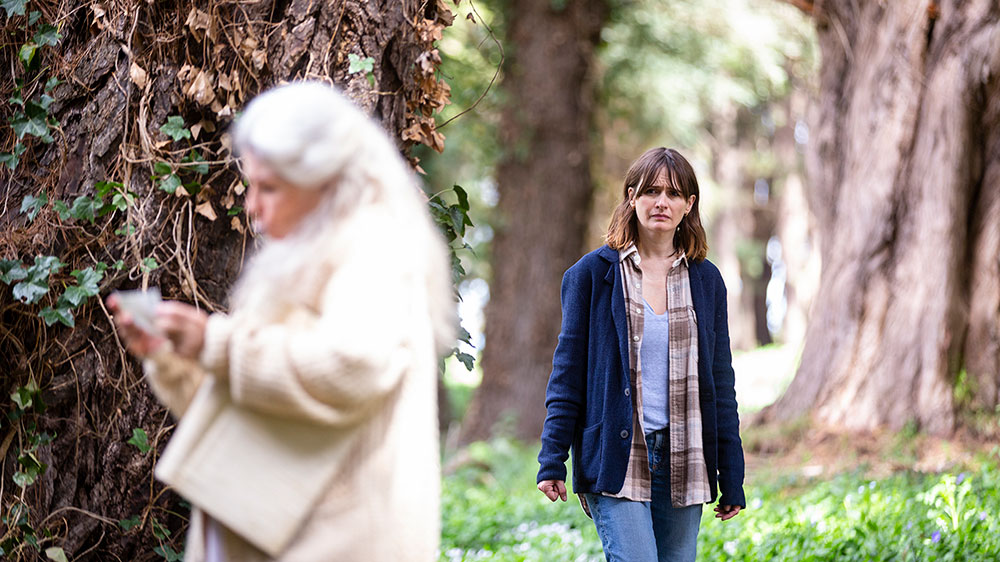 I watched both my grandmother and my mother slowly die from Alzheimer’s Disease. Dementia is a horrible monster, rotting everything it touches, taking any good part away from the person it affects. It leaves those affected confused, and often, empty shells of who they once were. Sadly, it also leaves those left behind with a difficult struggle: to hold on to good memories after watching a loved one become someone unrecognizable.

This powerful film really took me back to that cheerless place, a real-life horror story that was difficult to live through in the first place.

Synopsis: Kay and her daughter Sam, discover that Kay’s mother Edna has dementia. The disease has taken on a life of its own, in the form of a malevolent entity haunting her home.

Edna has disappeared. She is 80 years old, lives alone in the country, and likes her privacy. Her estranged daughter Kay has not talked to her for a few weeks, as she sheepishly explains to the police. When Kay arrived at the house with Edna’s granddaughter Sam, the home seemed oddly abandoned. Things were not quite in place, with fruit rotting in a bowl and an odd black mold on the walls. Edna is nowhere to be found. Staying, in hopes that she will return, Kay and Sam explore and tidy the house that is filled with clutter. Meanwhile, ominous noises can be heard from within the walls.

When she tries to sleep, Kay is haunted by terrible nightmares. 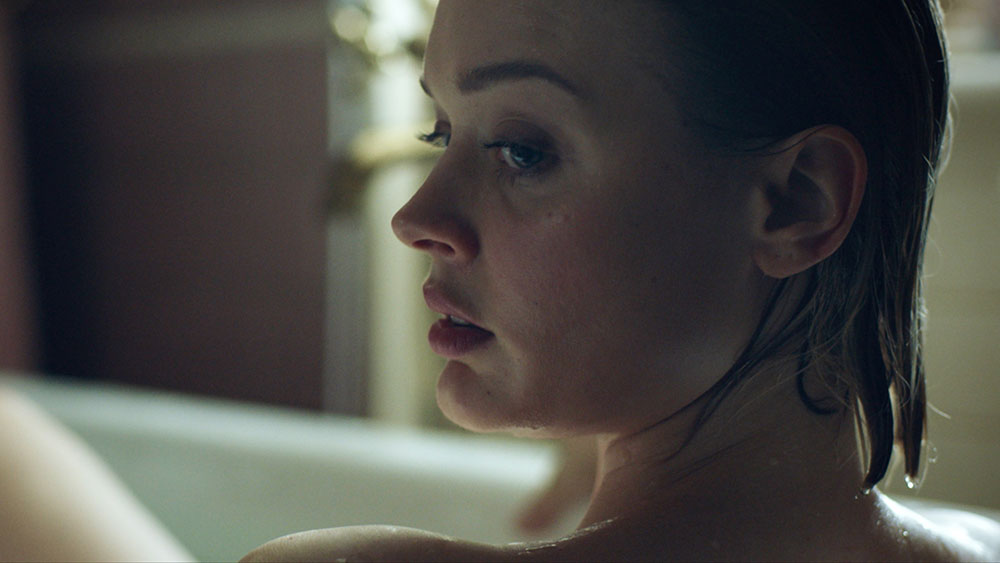 One morning, Edna returns, standing in the kitchen as if nothing happened. She is filthy and befuddled, covered in something similar to the mold on the walls, with a large blackish bruise on her chest. After being checked out by a nurse, Edna is back to her spunky self but is obviously not able to care for herself anymore. Kay goes back to Melbourne to look for a care facility, and Sam stays to watch her grandmother.

As Sam wanders around the house, she finds a closet that seems to have something behind it. Exploring a bit more, she finds herself lost in a maze, inside the walls of the house. The rooms get more rotted the farther she goes, and the spaces get smaller and more claustrophobic. As her paranoia grows, she finally starts kicking her way out of the walls, to get back into the “normal” part of the house.

There is something horrible in this place; something malevolent that wants to take her. Does her grandmother really have dementia, or is she possessed by something evil that lives in the walls of the house?

What I see is that the haunted house is an allegory for a person’s mind. 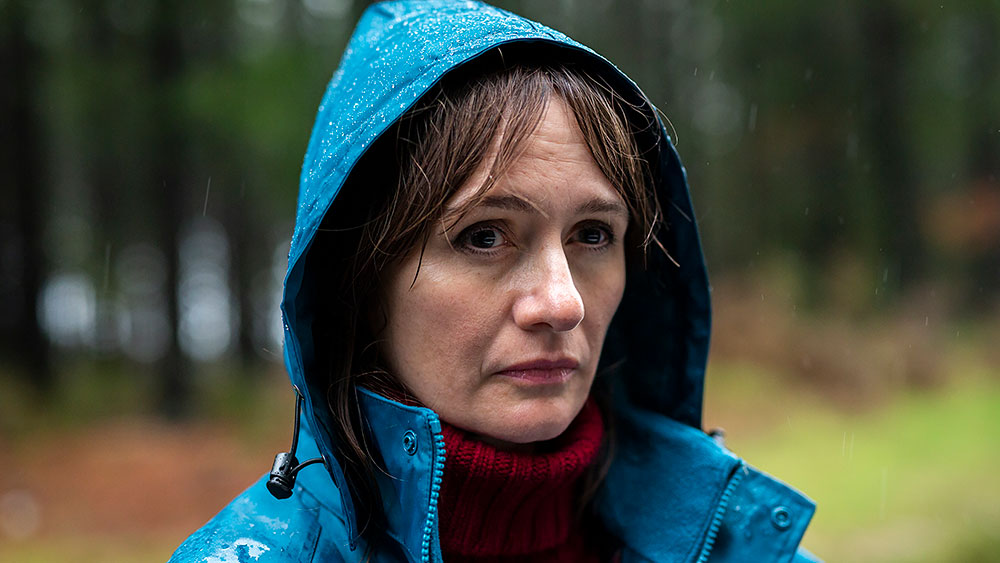 As we grow up, we have many rooms in our house/mind. Some rooms in this house are places from the past, some are the present, and some rooms hold things that we want but don’t have. Traumatic events can be locked away in a room when they are too terrible to remember.

When a person has a mental illness or dementia, the house starts to crumble and collapse.

Terrible memories from the past get released into the confusion of the damaged brain. You can get lost in the maze because connections are no longer being made. Sometimes a person can fight their way back to reality, but it becomes harder each time a wall falls. There are fewer doorways and more dead ends.

When Kay returns, Edna has changed and is decaying faster and faster, literally ripping herself apart. 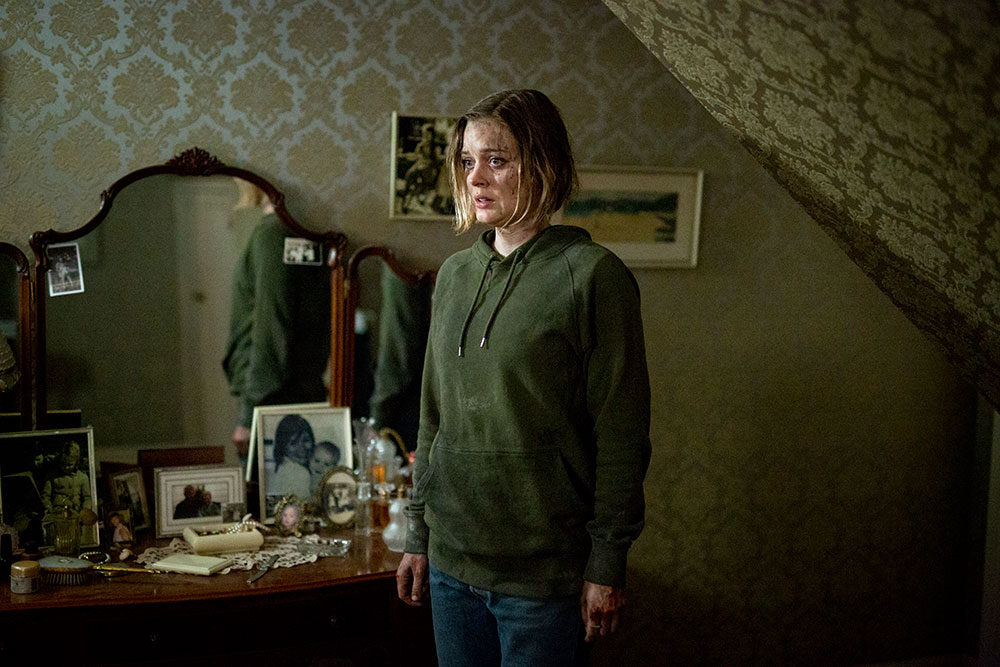 Kay loves her mother but is obviously horrified at what can happen to the human body. Whatever it is, it wants to take down the whole family.

It is a dreadful and helpless place to be when you watch the final stages of dementia. Death is an unavoidable conclusion, and one that breaks down everyone that is a witness. In Relic, Edna left herself post-it notes to remind her of simple things like “take your pills.” My mother wrote herself notes to remind her that she had a daughter named Vicki. It never helped, but each time I saw her, she rewrote that note.

The cinematography of Relic was beautiful in that it felt like we were peeking in through a window or door — spying into the darkest corners of Edna’s mind. The acting was phenomenal, and all three women were perfect for their roles.

Relic hit some very tender places in the rooms in my house. 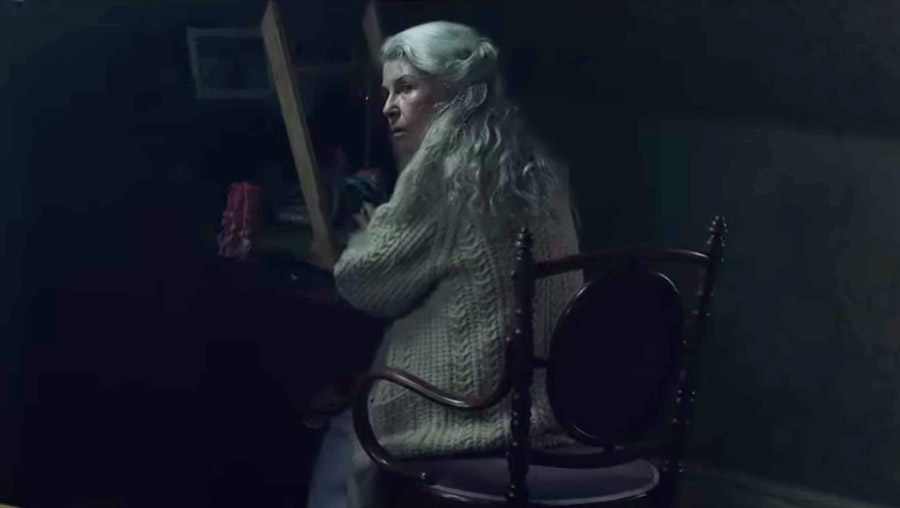 In one scene, Edna rips up, eats, and then buries family photos. That was a very intense moment where she is symbolically destroying her memories of everyone she ever knew. The shocking ending broke my heart a little bit, and I cried my way through to the credits.

Every time I think I have found my favorite horror film for 2020, up pops another hit. Relic has affected me deeply and anyone who has gone through this heinous malady with a parent will understand this film completely. A profoundly moving story, with dementia as the elephant in the room, I was very touched as I watched the women discover themselves and find acceptance in each other.

Relic is one of the most poignant and touching horror films of the year.

Relic is available as of July 10th in selected theaters, drive-ins, and on Digital/VOD.