Suspenseful and well done, “The Haunting of Sharon Tate” is a compelling film, with a twist ending true crime and horror fans will love. 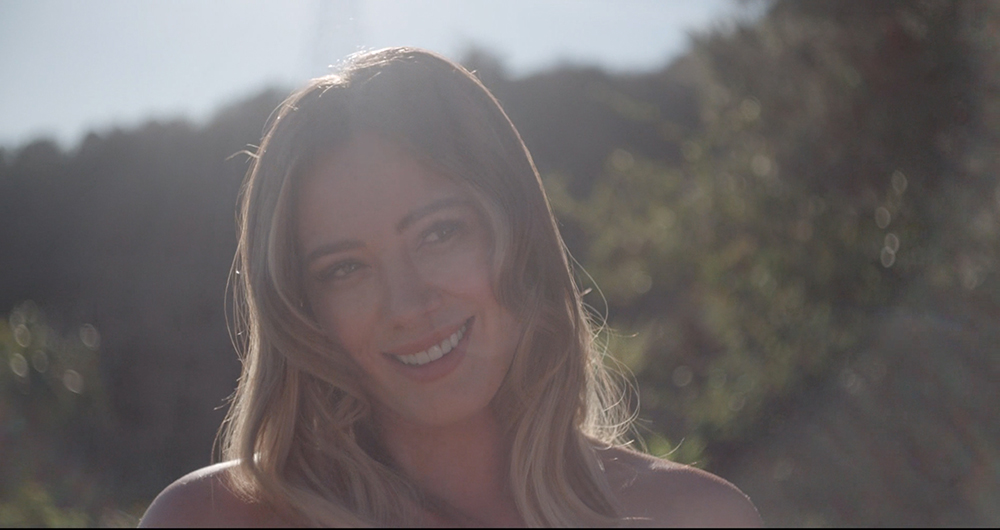 Based on one of Hollywood’s most frightening murder cases, writer/director Daniel Farrands takes a different look at the horrific true story, through nightmares and premonitions that plagued actress Sharon Tate.

It’s been a long time since the Manson family was terrorizing Los Angeles. 50 years in fact. So, it’s not a surprise on this anniversary that there are some new flicks in the works about the madness at the house on Cielo Dr.

When I was offered to screen The Haunting of Sharon Tate, I was a bit unsure. Was this going to be just an exploitative film that doesn’t consider that these were real people? I had just recently seen Daniel Ferrand’s version of the Amityville murders, and while not the greatest horror film I’ve ever seen, I felt it was successful in telling a well-researched version of the story. He is also the writer/director for this film, so that gave me the incentive to go ahead and watch it. 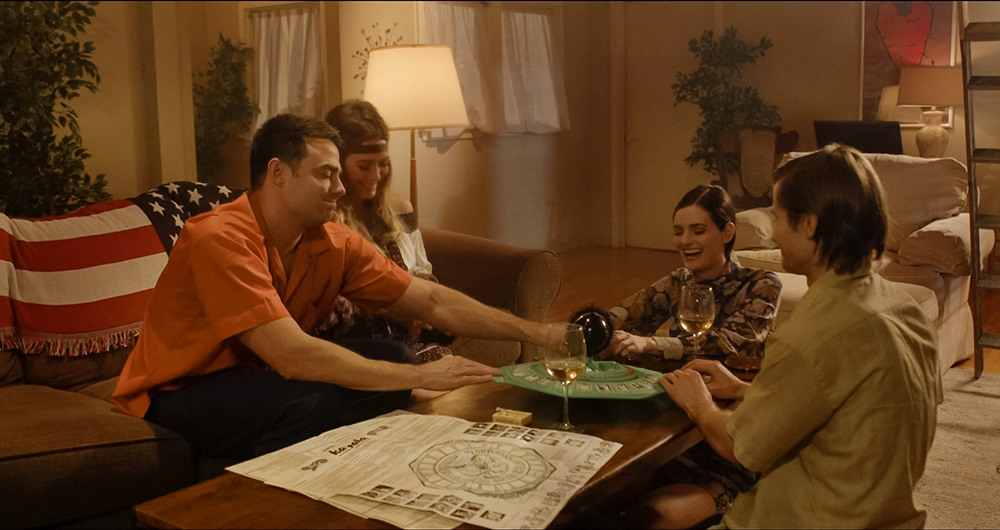 Synopsis: The Haunting of Sharon Tate is based on one of Hollywood’s most chilling murder cases. This thriller follows the beautiful 26-year-old actress Sharon Tate, a rising star about to have her first baby with her husband, director Roman Polanski. Inspired by an actual quote from Tate, we find her plagued by terrifying premonitions of her imminent death. Sadly, Sharon sees her worst nightmares come to life with the appearance of Charles Manson and his deadly cult.

The film looks at the last few days of Sharon’s life leading up to the famous murders. Shot from her point of view, the plot is inspired by a quote from Tate, in which she said she had nightmares about ghosts, satanic cults and a premonition that she and Jay Sebring would be killed. There is a lot of controversy about whether she ever said it, much of that coming from a very angry Debra Tate, who is Sharon’s younger sister. Debra has already slammed the film, calling it tasteless and says that Sharon never told anyone about nightmares or premonitions. But this is what the film is based on and gives the story a very supernatural and suspenseful edge to it. 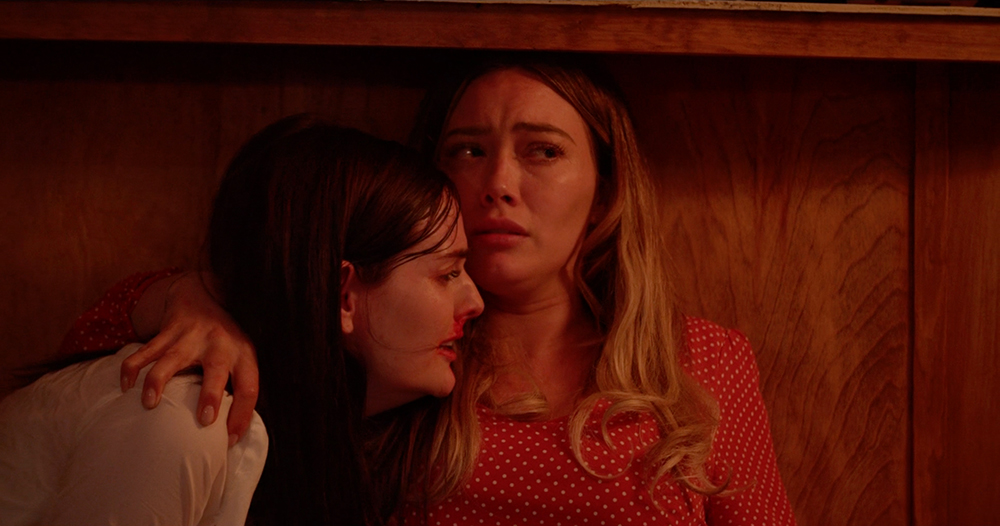 In an interview with Daniel Farrands in Vanity Fair, he says he did not want to do an exploitative film, and went the way he did, by rewriting history a bit and giving the victims of this horrible crime a fighting chance. That way the film would be interesting and empowering. I feel like he was successful in that. The murderers are not even given names in this film, so if you were unaware of the original crime, you might not even make the connection of this being anything but a regular horror film.

The film starts as Sharon Tate (Hilary Duff) returns from London to her home in Benedict Canyon. Her husband, director Roman Polanski has stayed behind to work on a script. Housesitting friends Abigail Folger (Lydia Hearst) and her boyfriend Wojciech Frykowski (Pawel Szajda) look like they really moved in, decorating Sharon’s baby room and acting like it’s their house. The tension is obvious very early on between Sharon and her friends. 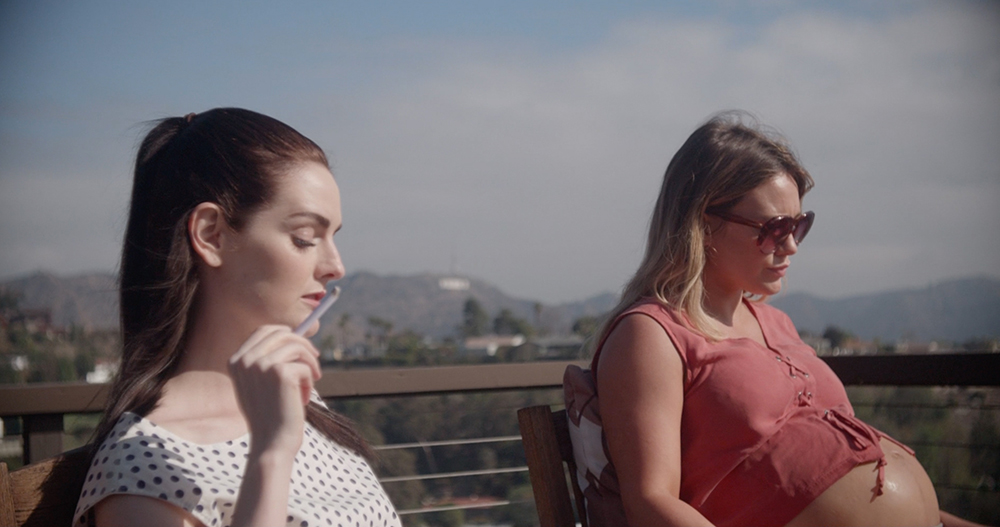 Like any woman 8 ½ months pregnant, Sharon is hot, tired, paranoid and uncomfortable in a place that no longer feels like her home. Nightmares of a man in the house, finding music on tapes that play backwards revealing creepy words, and a strange guy that keeps knocking at the door and dropping off envelopes, all have her in a panic. She is convinced something bad is going to happen. She shares these feelings with her ex-boyfriend and now best friend Jay Sebring (Jonathan Bennett). She has horrible dreams of herself and her friends dying in a bloody massacre.

Unfortunately for Sharon and her friends, where the nightmares stop and reality kicks in, much of what she dreamt starts to come true. The film then takes a turn into complete fantasy, with a twist that I really liked. The film was very entertaining, the acting was great and it was cool how they mixed real events with a more positive storyline. It is an imaginative version of a sad true event. 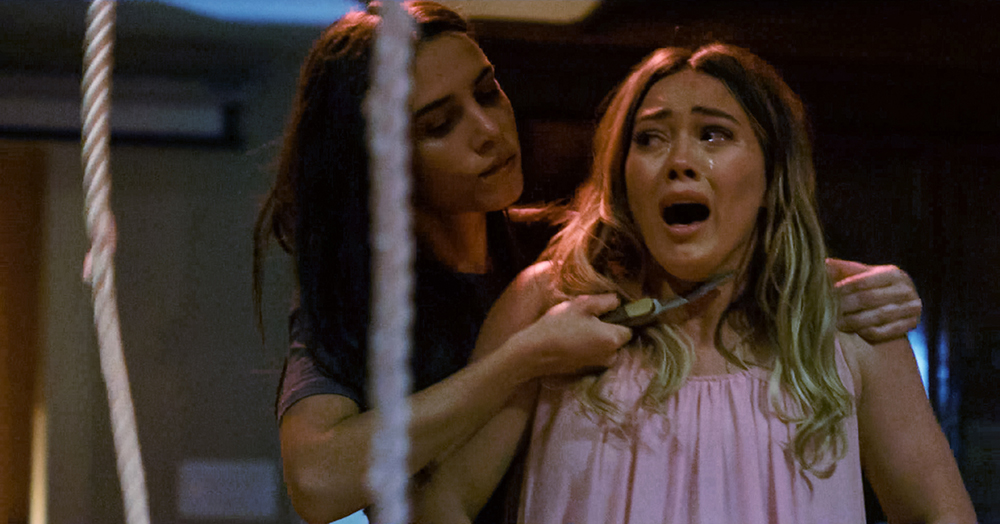 What I liked was the artsy ‘60s aesthetic. It felt true to the times. There is also some real footage from the original crime scenes.

The year was 1969, and I believed the soft hippie vibe to the cinematography. The costuming felt very authentic, as did the décor. That kind of feeling is such a contrast to the brutal violence to come, that when it did, the horror part of the movie took off fast and crazy. I also believed she was pregnant. Hilary really had her character down. We felt the sweet lovely woman that Sharon Tate really was and hoped that it would all stay just bad dreams — even though, from history, we know that’s not possible. Maybe, just maybe, this time they can survive.

Saban Films will release The Haunting of Sharon Tate in theaters and VOD April 5th, 2019.