M. Night Shyamalan dominates at the box office and returns to form in the impressive horror thriller “Split” 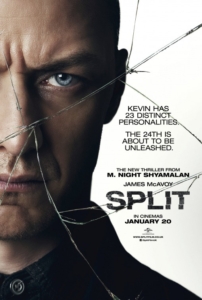 After the disappointing start for 2017 horror movies I had last week, I was very excited to see M. Night Shyamalan’s amazing new movie Split. I have been seeing the trailers for months now, and this was the one of the films I’ve been dying to see. M. Night did not let us down and has created a horror thriller extraordinaire. He’s baaack!

There was a time, after a few really bad movies like The Village and The Happening, that Shyamalan was starting to get written off as the guy who gave us everything right from the get go, and had nothing left. But since seeing his 2015 dark comedy The Visit, I believed in him and had high hopes for the much-criticized filmmaker. Split is a masterpiece and has put Shyamalan back on the pedestal he was on in the beginning with The Sixth Sense. 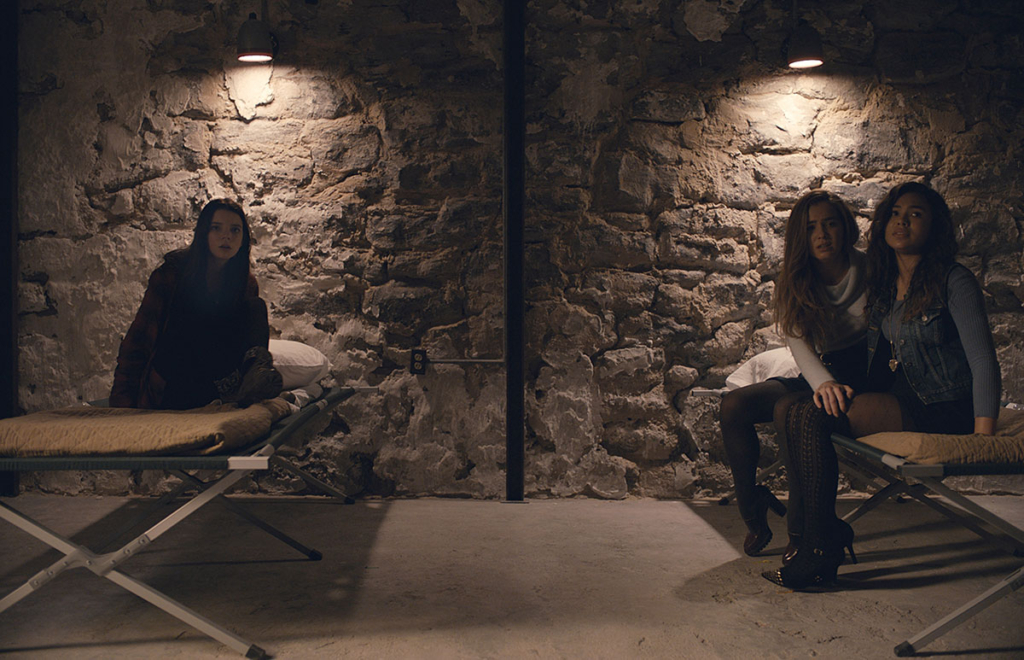 As a great thriller should, SPLIT builds the suspense slowly and surely, introducing us to many of the 23 people living within our main character Kevin’s (James McAvoy) mind. This is not a film that relies purely on jump scares and gore effects. To me it’s less a horror movie and more a psychological thriller. With a PG13 rating, it isn’t to0 terribly gory at all. But it does take us on a tense, scary and very suspenseful ride. With some very well placed humor throughout, SPLIT works incredibly on many levels.

Before I go too far, I want to touch on the complaints I have seen about Split; that it exploits mental health issues just to make money. I know movies like Psycho, Silence of the Lambs and Sybil (just to name a few) have gotten tons of criticism over the years, saying that Hollywood simply targets mental illness as something to be afraid of, not a condition to have empathy for. But it’s not untrue that a few mentally ill people have committed atrocious acts throughout history. Would a stable person be a serial killer?

I myself, have worked in the mental health field for 17 years (yes, a real job), have lived with a family member with mental illness, and survived a lot of personal abuse. It’s impossible to live in this world without developing a sense of humor. I have always wanted these things to be understood and not feared. Because I know some forms of mental illness personally, I have always tried to see the person beyond the disorder, to be able to either forgive them, understand them or help them heal.

After seeing Split, I feel M. Night handled Dissociative Identity Disorder (a condition barely believed by some to exist and definitely not well understood) with great care, through the character of Kevin’s dedicated and caring psychiatrist Dr. Fletcher, played by the talented Betty Buckley. (Remember her as the gym teacher in the original 1976 Carrie?) Split is still just a fictional story…and one I liked a lot. 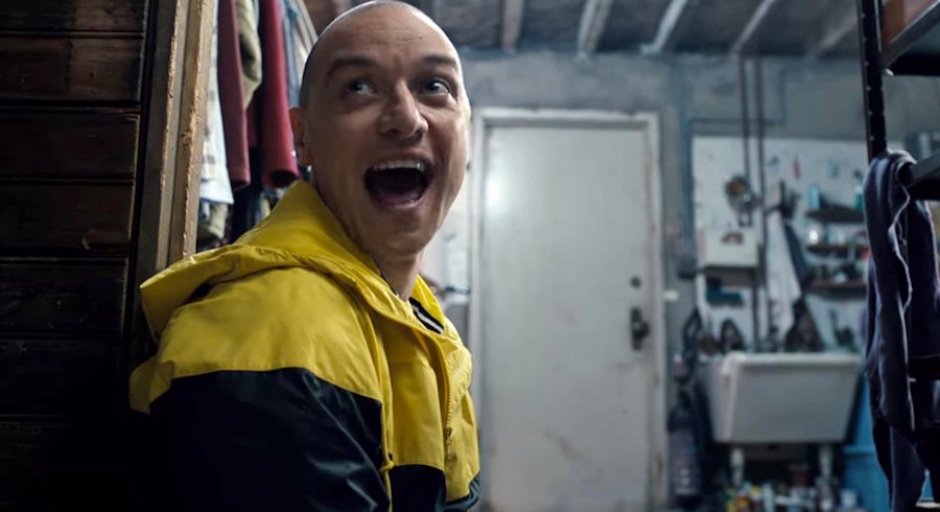 So, what exactly is Split about? James McAvoy plays Kevin Wendell Crumb, a man with 23 different personalities inside his head and a 24th one on the verge of exploding onto the scene. Three young girls; Casey (played by Anya Taylor-Joy from The Witch), Claire (Haley Lu Richardson), and Marcia (Jessica Sula) are on their way home from a party when Dennis, Kevin’s strongest personality, suddenly jumps in their car, sprays them with some sort of knock out gas, and takes them to an underground facility where he lives — putting them in a bunker built to imprison them.

The girls try different ways to escape and are constantly thrown off by the different personalities that come “into the light” during their stay. The youngest (and most entertaining) personality is Hedwig and is only 9 years old. He warns them that there is someone coming who will hurt them. Etcetera! (That’s a Hedwigism.) At this point, Kevin is getting worse, and we learn that kidnapping these girls is part of a plan hatched by several of the personalities to appease the thing that is to come. 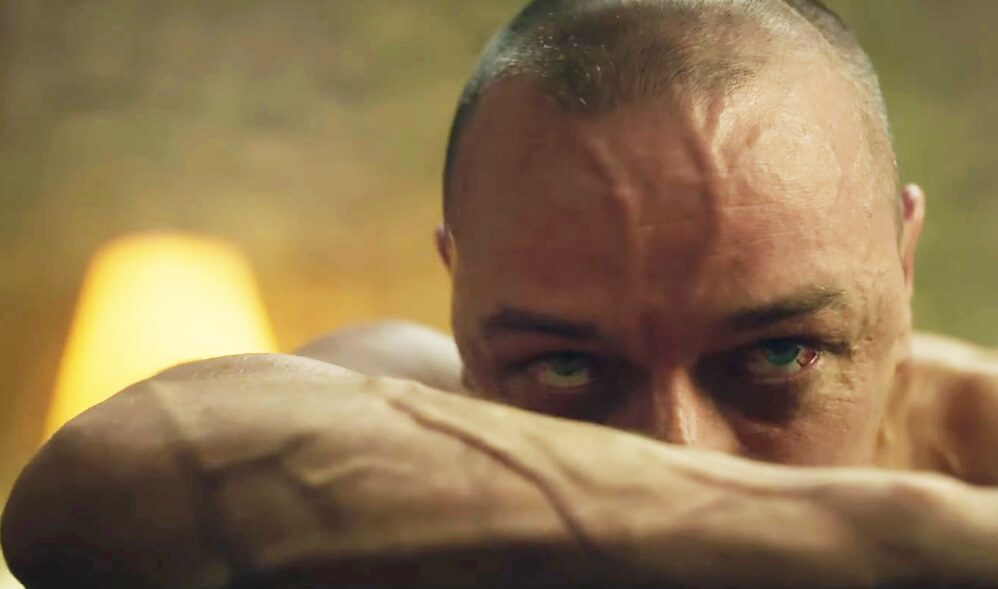 I feel bad saying any more, because you just need to see this movie for yourself. The twist at the end is pretty cool, and the claustrophobic setting intensifies the surprises at the end.

McAvoy is truly brilliant, playing all the mesmerizing characters. Watching the subtle differences when he goes from one personality to the next shows what a versatile actor he really is. We watch as the personalities come out to fight for survival — sometimes cute and funny (the adorable Hedwig), sometimes super creepy and strong (Dennis and Patricia), and sometimes just really likable (Barry) — before we quickly move on to the dark and terrifying Beast.

Two of the girls are just there for filler (sorry), but Anya Taylor-Joy is fantastic as the abused and strange teen that doesn’t fit in with the other two. She is a perfect choice for this movie’s final girl. And, after seeing the flash backs of her childhood, we can’t help but root for her survival!

My only complaint was the odd little scene at the end, which only really works if you’re familiar with one of M. Night’s early movies Unbreakable. I can’t say too much here. But, after you see it, if you find yourself confused as I was, click here to see Shyamalan’s own explanation of the ending. 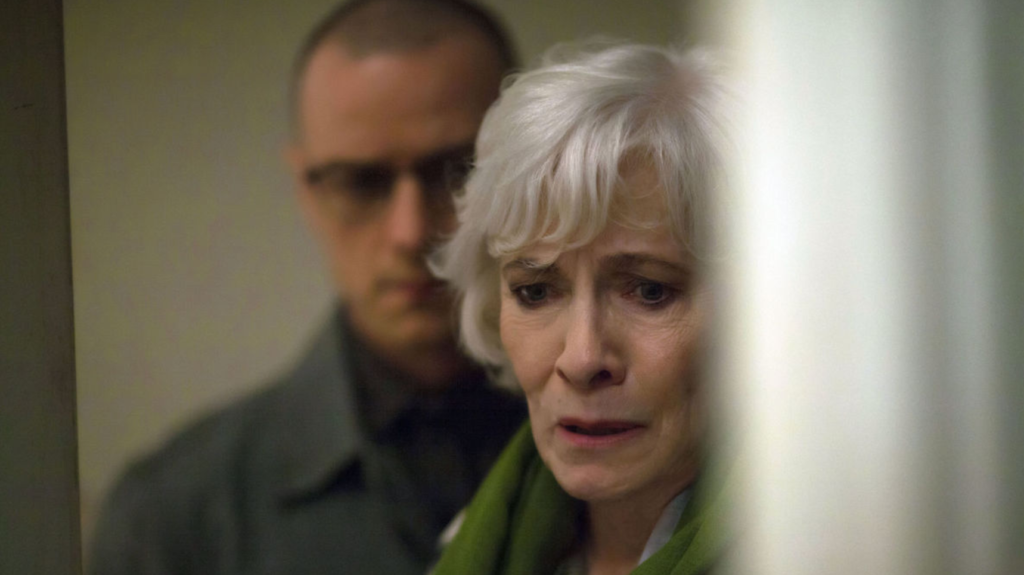 So, I am a serious fan of Split, the best horror film I’ve seen so far this year (ok, so it’s only January).

I have run hot and cold with M. Night Shyamalan films, and this is my favorite after ‘The Sixth Sense’. The movie kept my attention from beginning to end. Even without the blood I am used to in most horror films, I was kept scared and on the edge of my seat throughout. I loved the use of dark humor to break up some of the scenes. It worked in ‘The Visit’, and it worked here too. I also loved finding out the connection at the end that Kevin and Casey have.

I suggest you go out and see Split as soon as you can so it doesn’t get spoiled for you. Enjoy, etcetera!