Though slow to unravel, “You Are Not My Mother” is a haunting and, at times, harrowing tale of a mother-daughter bond interrupted. 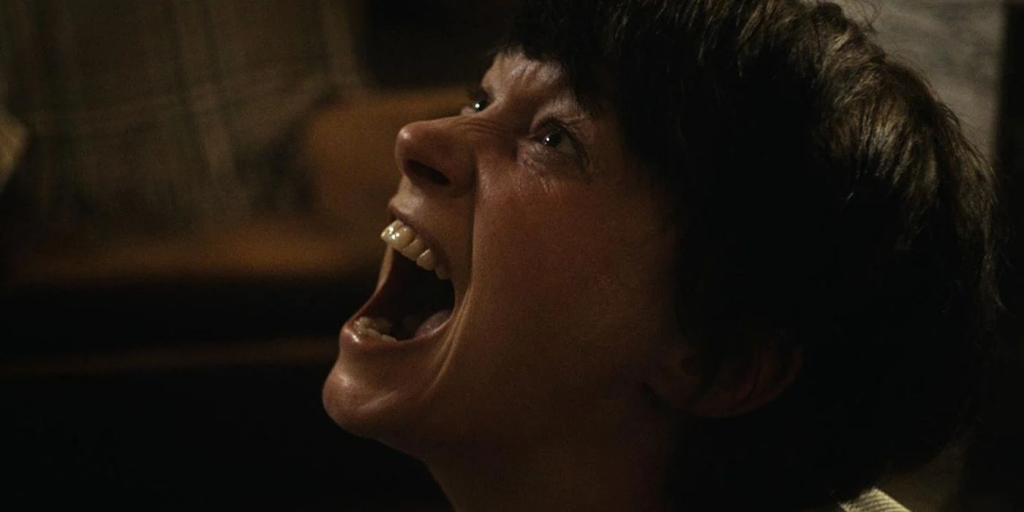 Horror movies are rooted in folktales and scary stories told around campfires. They may be about haunted houses or unstoppable killers, but the genesis of today’s most popular franchises can be traced back centuries. Recently, on the Adventures in Movies! podcast, we have been covering Irish horror movies. The reason is simple; when it comes to folk horror, there are few places that are as rich with material as Ireland.

One of the most common and frightening stories involves changelings. These fairies were left in place of babies that had been stolen by the group of creatures. More often than not, the reasons were based on revenge or malice.

You Are Not My Mother is the latest Irish horror movie to deal with the subject.

Char (Hazel Doupe) lives with her mother Angela (Carolyn Bracken) and grandmother Rita (Ingrid Craigie). The week before Halloween, Angela disappears. When she returns, she seems different, but Char is unsure is if her mother’s actions are the result of a mental illness or if there are darker forces at work.

Writer-director Kate Dolan does a magnificent job of tackling the issue of mental health without sacrificing the horror aspects. Paranoia is an important part of horror, and there are many stories that ask the question if something is truly wrong or if someone is just losing their grip on reality. You Are Not My Mother takes this trope in a different direction. In Dolan’s film, something seems to have already been lost.

You Are Not My Mother spends the majority of the film keeping the audience guessing as to what is really happening.

What is clear is there is a history of mental illness in Char’s family. At least, that is what the kids at the school say as they bully Char and her family for all being mentally ill. An opening scene involving a baby being placed in a ring of fire makes things even eerier.

It is not just the taunts or dark imagery, however. When the audience first sees Angela, she is bedridden and depressed. When she starts acting bizarrely after her mysterious disappearance, it only makes sense that her mental health has worsened.

You Are Not My Mother uses patient writing to heighten the fear. 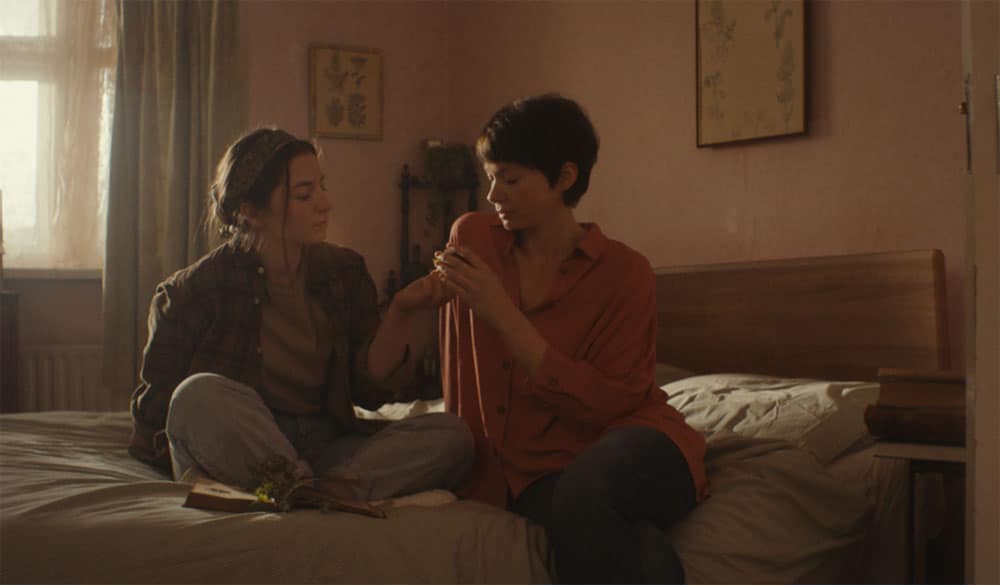 As the title suggests, the core of the film is the relationship between Char and Angela. While the two share a love of pumpkin carving for Halloween, it is Angela’s pained adult existence and Char’s tormented teenage life that fully develops their bond.

You Are Not My Mother does not take the importance of individuals for granted. Exploring the singular characters makes the family bond that much stronger.

YOU ARE NOT MY MOTHER leans into its Irish folk horror roots. There are ominous figures and symbols, and the film is overflowing with atmosphere. Click To Tweet

The plot may move at a methodical pace, but this does not prevent it from being scary. There are some genuine frights to be found.

Still, it is hard to ignore the pacing problems. As the movie inches forward, it becomes clear there is not much between the standout moments. The stronger scenes in You Are Not My Mother are forced to carry the movie in a way not normally found.

Taken as a whole, You Are Not My Mother is a fascinating horror movie and worth checking out.