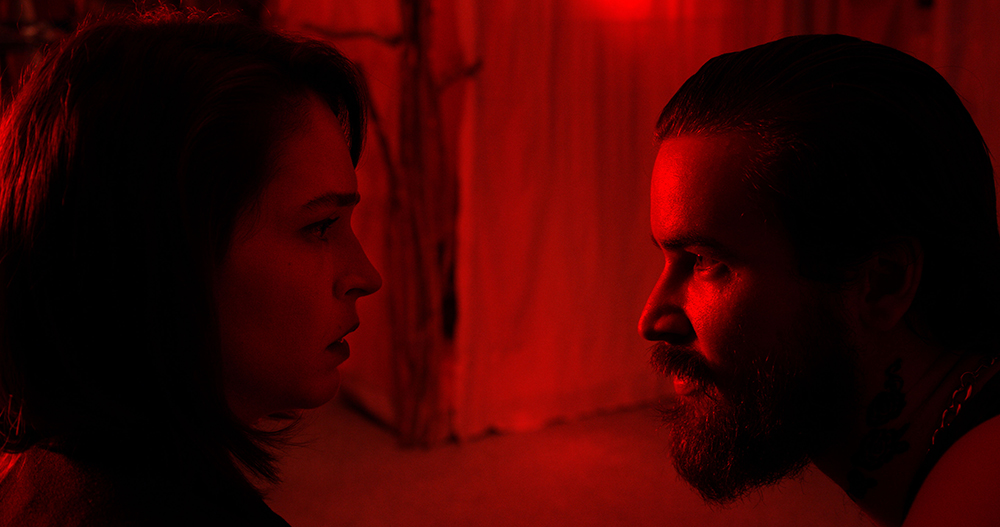 With true-life crimes happening to Uber and Lyft drivers here and there in the news, it was only a matter of time before a movie came out to reflect the worst fears of a rideshare driver. Fox Hunt Drive is absolutely not what I was expecting, and that’s said in the best way possible.

Alison Meyers is a professional architect who lost her cushy job and is now down on her luck, spending her days going to interviews and sending out her resume in hopes of getting back into her field. To make ends meet, she’s working as a rideshare driver in the evenings with little enthusiasm.

Her nights are mostly rote, spent picking up and dropping off many types of people. But they seem to blur into one another as Alison waits for the time to go by so she can return home. One night, she’s ready to clock out for the evening when she decides to take one more fare for the night, seemingly against her better judgment.

The situation seems weird from the beginning, with the mysterious stranger not matching the name and photo on the rideshare app. 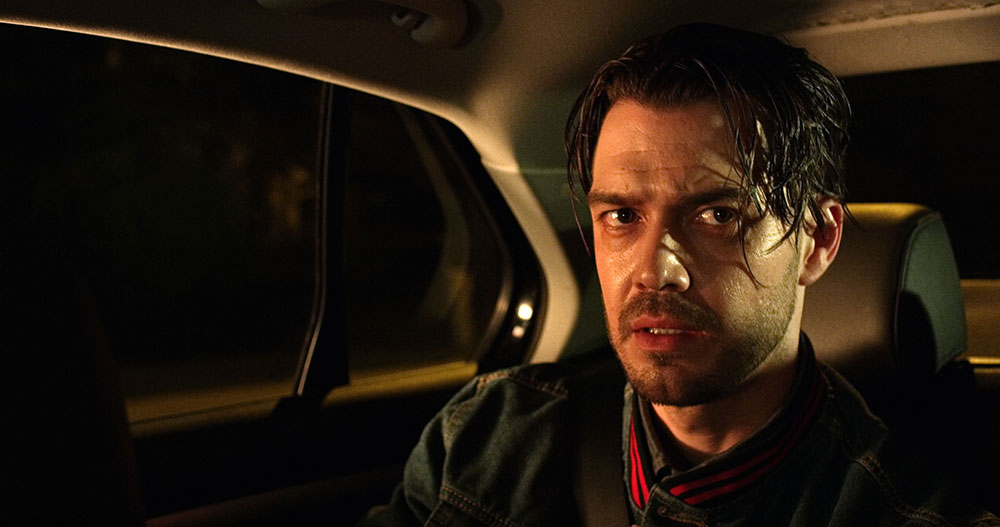 A couple of other odd instances leave Alison feeling concerned from the get-go, including his secretive destination and weird, easily agitated demeanor.

As a viewer you’re thinking exactly what Alison is thinking: is this guy dangerous?

Though he’s not exactly unkind to Alison, her fears come to a head when the pair pull over at a rest stop and Alison gets a glimpse of what’s in the oversized bag he’s got with him. This includes a gun, some jewelry, and bloody garments. Who is this guy, what has he been doing, and most importantly, what will he do to her?

This is a movie you shouldn’t know too much about going in. 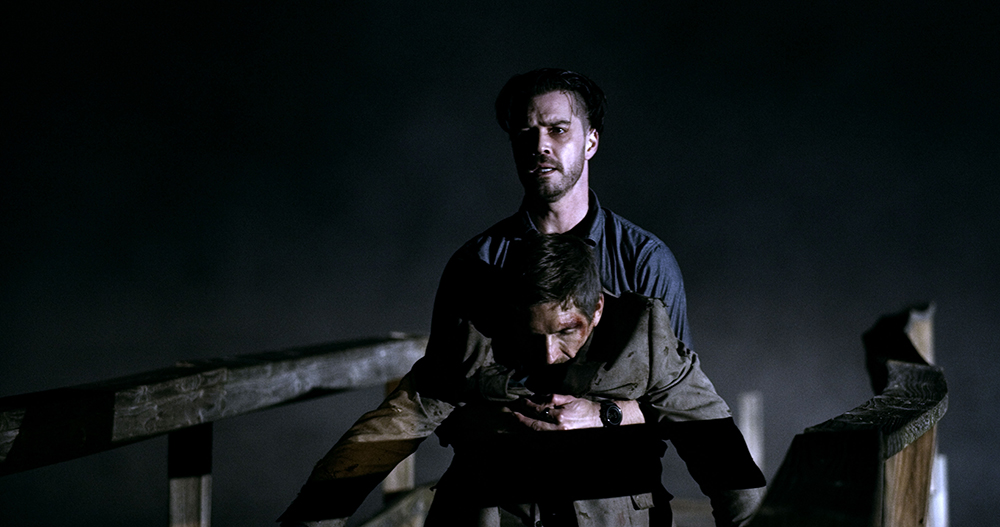 There are many surprises in store for both the rider and Alison as the story progresses, especially as incidents happen that require Alison to figure out how she will evade the possible consequences of the evening’s actions — all while wrestling with the very real possibility that those consequences could be deadly.

Though I’m usually fairly good at guessing movie outcomes, I honestly had no idea where this film was headed, and it left me glued to my seat. Alison’s sheer panic at being stuck in the car with someone that could possibly harm her felt nail-biting and nerve-wracking.

The tension ratcheted up at just the right speed as the film progressed. 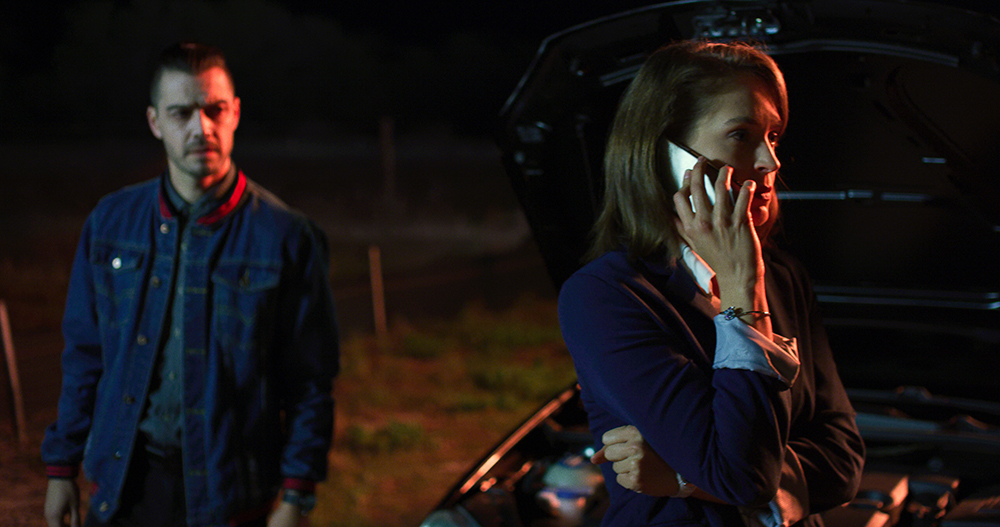 I did feel like I had to suspend disbelief a bit by the end, but don’t most movies require that? The bloody conclusion is most definitely pleasing and subverts every expectation, which is difficult to do when it comes to horror and suspense these days.

Props to director Drew Walkup for truly capturing the eerie feeling of being confined in a car with someone creepy and feeling like you can’t escape. The film is based on a seemingly simple premise, but in this case, it’s executed very well — and in the most original way.

Actress Lizzie Zerebko absolutely nailed one of the finest performances on more than one level. 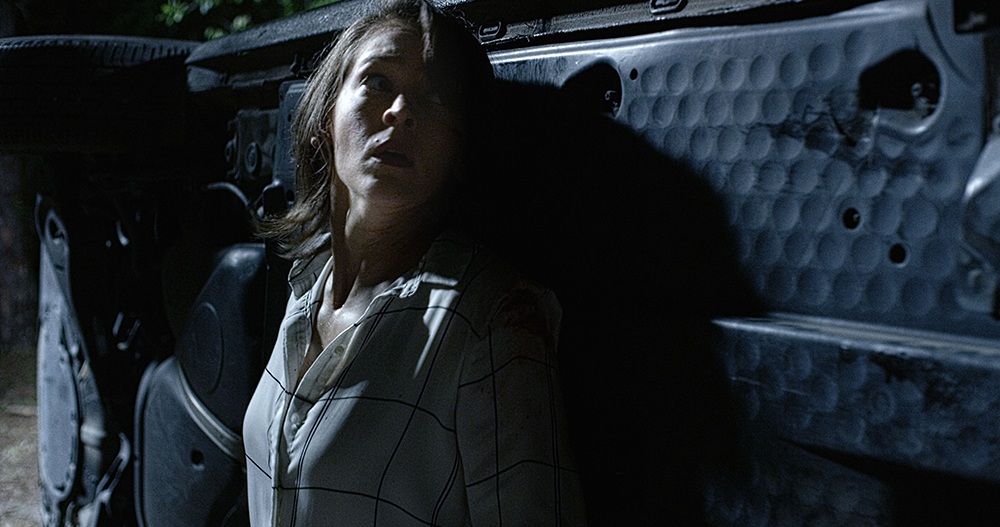 She keeps you sympathetic to Alison’s plight for as long as possible, while Michael Olavson is perfect as the passenger with a secret, giving off creeper vibes from the first time you see him.

Though there have been versions of this type of story told before, FOX HUNT DRIVE is relevant, modern, and fresh. And the ending solidified a taut tale that was enjoyable from beginning to end. The characters are real, believable, and relatable. And the fear and anxiety feel extremely raw from the start.

Just when you think you know what’s going to happen next, you’ll realize you have no idea, and movies like that are both rare and refreshing! Don’t skip Fox Hunt Drive – this is ride you definitely want to accept.