In the science fiction prequel “Bloodsucker’s Planet”, we follow a doomed crew to an abandoned colony after they receive a mysterious distress signal. 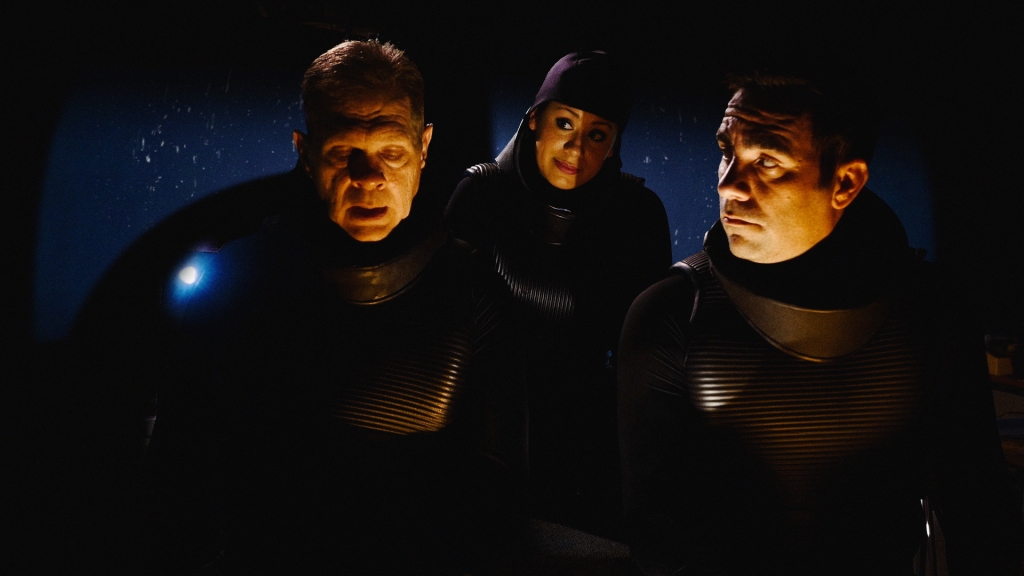 The ship Argosy is on its way to deliver provisions to an outpost somewhere in the galaxy, when they receive a distress signal from a colony on a deserted planet.

The crew, including Captain Richard McDermott (Allen Menefee), navigator Paulina Herrera (Adrianne Dobson) and Doctor Randall S. Condu (Joel Jeremy Herrera), goes to check out the offline station, in a probe that looks an awful lot like a bathysphere on wheels.

Ship engineer Michael Danvers (Logan Hooks) is ambushed by some of the planet’s native species, called the Mara-Bats, which look pretty cool considering they’re flying octopus-looking creatures with sharp little hooks on the bottoms of their tentacles. The creatures carry a parasite. It is not lethal, but Michael is forced into bedrest for a few hours, where he begins to experience strange, lifelike visions.

A giant, fuzzy worm pops up at his side, he speaks to the moon of Mara that now has the face of a human woman, and he is accosted and implied to be attacked by a pale, naked figure before the screen turns black. 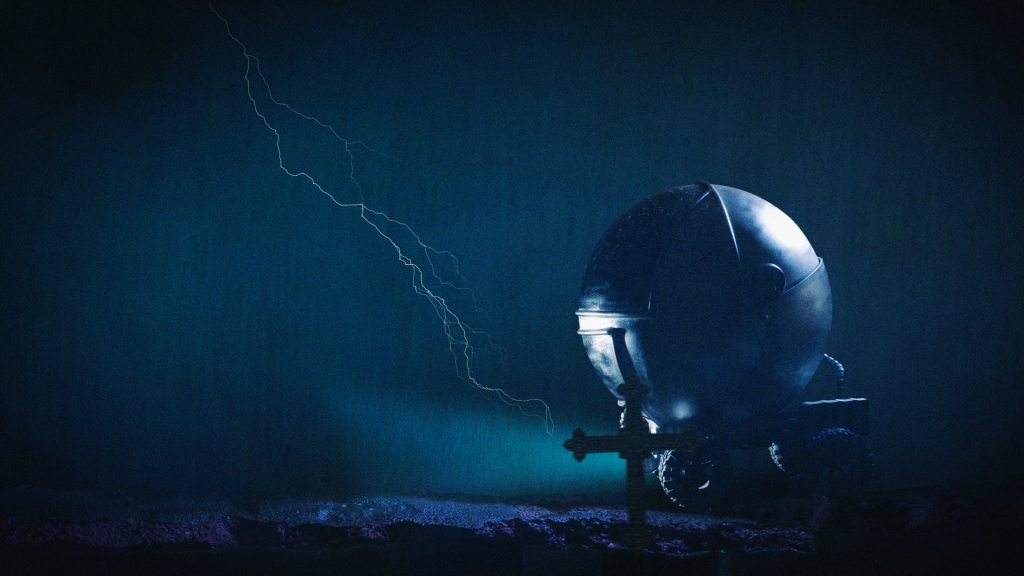 Bartlett explains the purpose of the outpost was to mine materials from the planet, but the operation was shut down years ago. The company supervising the outpost abandoned the equipment. But some, like Gordon and Adrianna, stayed behind to maintain the equipment.

However, the planet is very hostile, and the noxious fumes of Mara prove dangerous and toxic to human life. 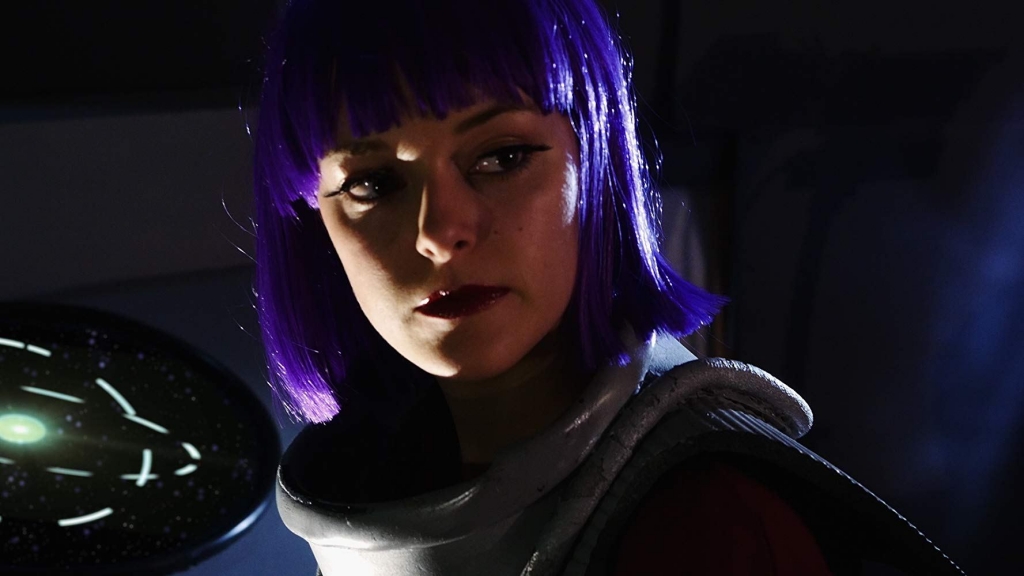 Gordon recounts to the crew how the vapor on the planet created somewhat of a psychosis within one of the workers, thus leading to the frantic distress signal, and Gordon assures them that the signal was only the work of a disturbed man and nothing to concern themselves with.

Eventually, however, Adrianna lets slip the story of the Sangosuge, the first settlers on Mara that flew through the galaxy on wings, only for their means of transportation to wilt against the noxious deadly fumes of the planet. They ate whatever travelers they could get their hands on, and in time, began to resemble their prey: humans.

As time goes on, it’s clear that the fumes of Mara aren’t the only threat against the poor crew of the Argosy. 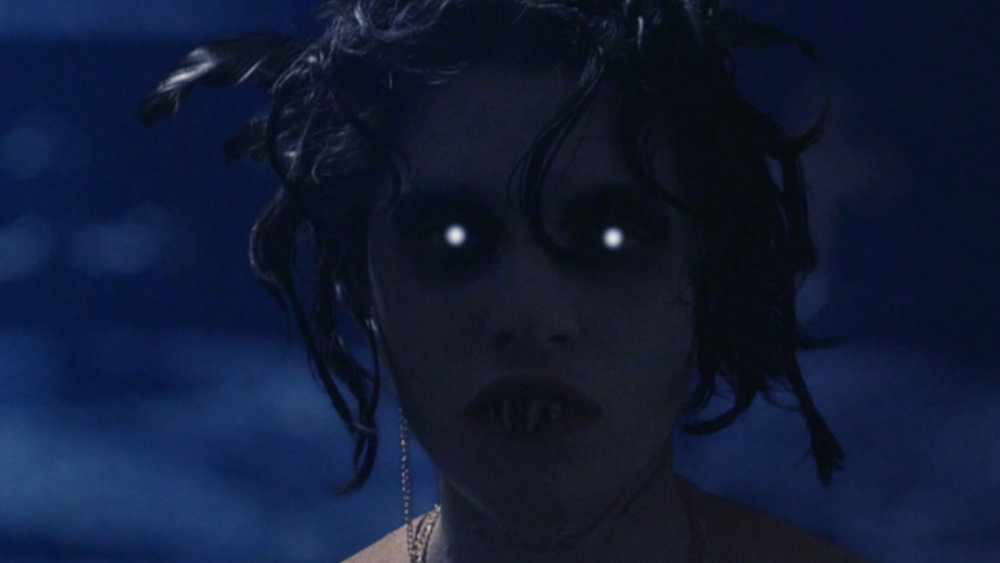 I was kind of surprised at how well this movie held my attention.

It’s definitely a lower budget indie film, but I appreciated the fact that, given the setting and the plot, Bloodsucker’s Planet definitely played with what it was given, and didn’t try to take itself all too seriously. There’s a few tonal whiplashes that work in the film’s favor as well.

For example, the harrowing opening sequence in which a doomed crew member begs for help suddenly cuts to a Jazzy, plucky title sequence. They have a whole scene where robot servant Adrianna tears up the dance floor in what she calls “a celebration of life”, with the same chaotic, spontaneous energies of the infamous dance scene from Ex-Machina. At one point, while they’re all in full spacesuits, they break for cocktails.

Bloodsucker’s Planet includes space vampires, a robot woman obsessed with vintage romance comics, and flying octopi, yet it doesn’t feel all that ridiculous. It’s not so comfortable with its ridiculous premise that it can use that clause to be sloppy or too self-aware. 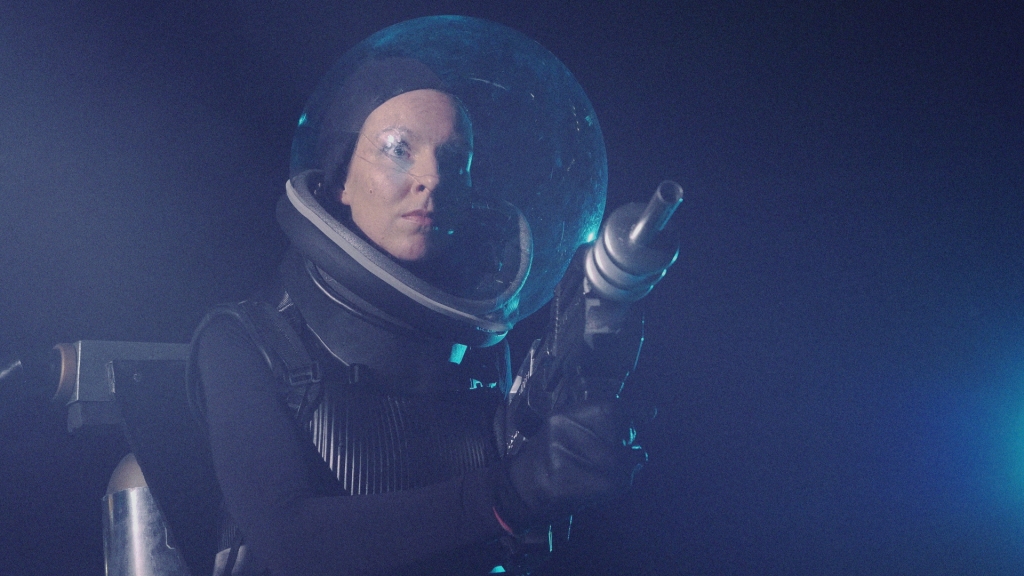 It’s got certain elements of the retro science fiction feel down pat, like the funky scene fade-outs, and the spacesuits of the crew.

The suits are clunky and look anything but useful, complete with tight-fitting leggings straight out of a bootleg Star Trek episode. And the lower-budget graphics when the ship is flying through space or docking at an outpost look completely ridiculous. But arguably, this only adds to the retro charm.

For a film touting itself as a “retro-prequel” though, I would’ve preferred certain elements — especially the scenes on the ship or in Mara’s outpost, that felt more retro — to have a more colorful pallet and some more creative backgrounds.

BLOODSUCKER’S PLANET is a fun, enthralling callback to 60’s science-fiction media with a goofy plot that keeps the audience interested from beginning to end.

Bloodsucker’s Planet is available to stream now on Amazon Prime.