Posted by:
Tags:  Ju-On The Grudge Ringu Sadako vs Kayako

Sadako VS Kayako is the highly anticipated J-Horror mashup. But does the film live up to expectations? 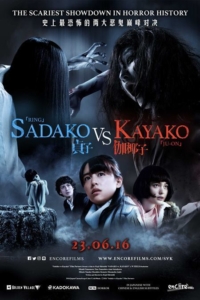 I’m looking forward to Sadako VS Kayako. I really am! I love mashups. But, from what I hear from reviews (some of which I quoted down below), it’s really not all that good. For instance, this mashup won’t be the epic fight or showdown, if you will, that I… and I’m sure you… were hoping for.

Here’s the plot of the film:

After viewing a legendary cursed videotape, Natsumi (Aimi Satsukawa) discovers she has only two days before she will be killed by the demonic entity known as Sadako. The only way to break the curse: pitting the demon Sadako against Kayako, an accursed spirit possessing a haunted house where everyone who enters disappears.

It sounds like an interesting premise. But, so far, reviews have NOT been so flattering:

A.V Club‘s Katie Rife: “Sadako VS. Kayako ends up coming up rather short in the “VS” department.”

BloodyDisgusting‘s Joe Lipsett: “Sadako and Kayako tousle for a few minutes of relatively fun action before the film ends on an abrupt, misguided cliffhanger”

From what I hear, Sadako VS Kayako is suppposed to be 90s-ish, campy, to some extent worthwhile to watch, and to some extent misguided and misleading.

Although it does sound kind of corny, I’m going to give this flick a chance. I  do think production caught onto the fact that the idea of both demons colliding like some kind of Japanese version of Freddy VS Jason was pretty silly beforehand and decided to point fun at it. Check out Sadako, Kayako and Toshio playing baseball (in the video below) or Kayako and son take Instagram!

CHECK OUT some teaser shots from the flick courtesy of SHUDDER as well! 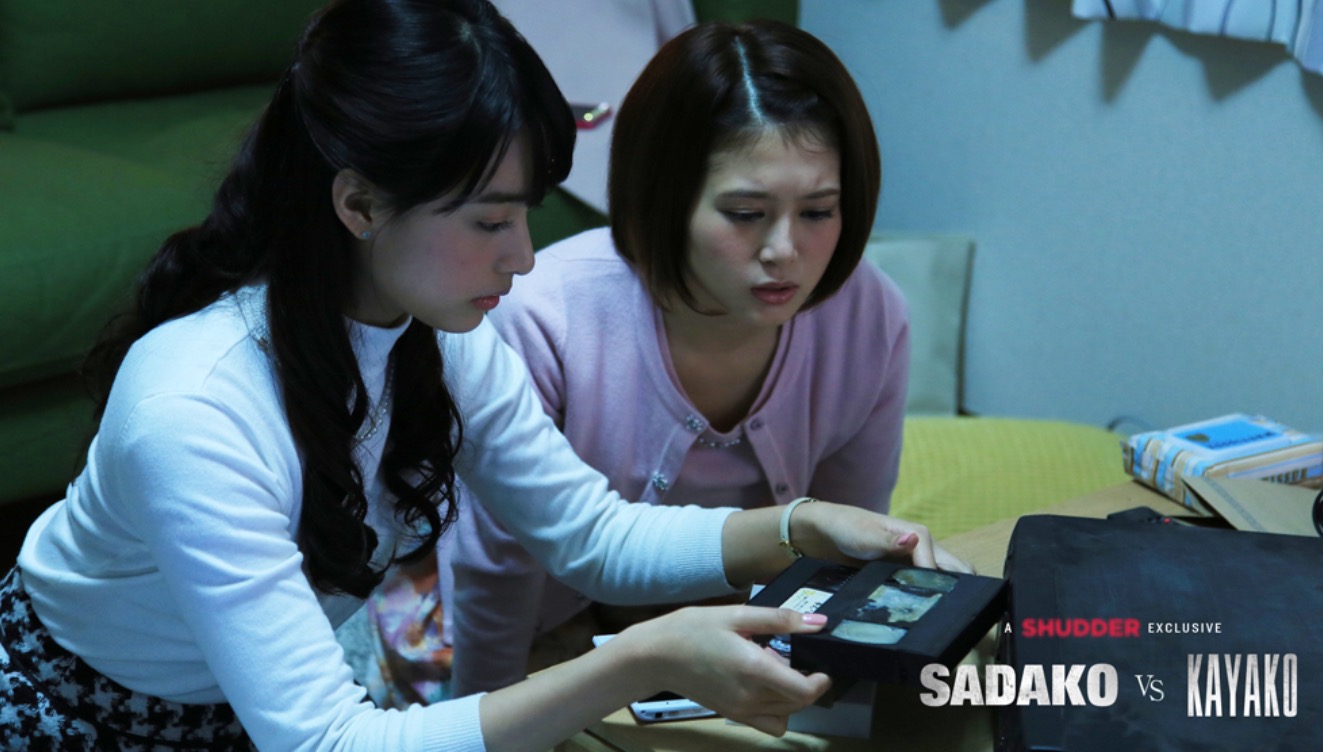 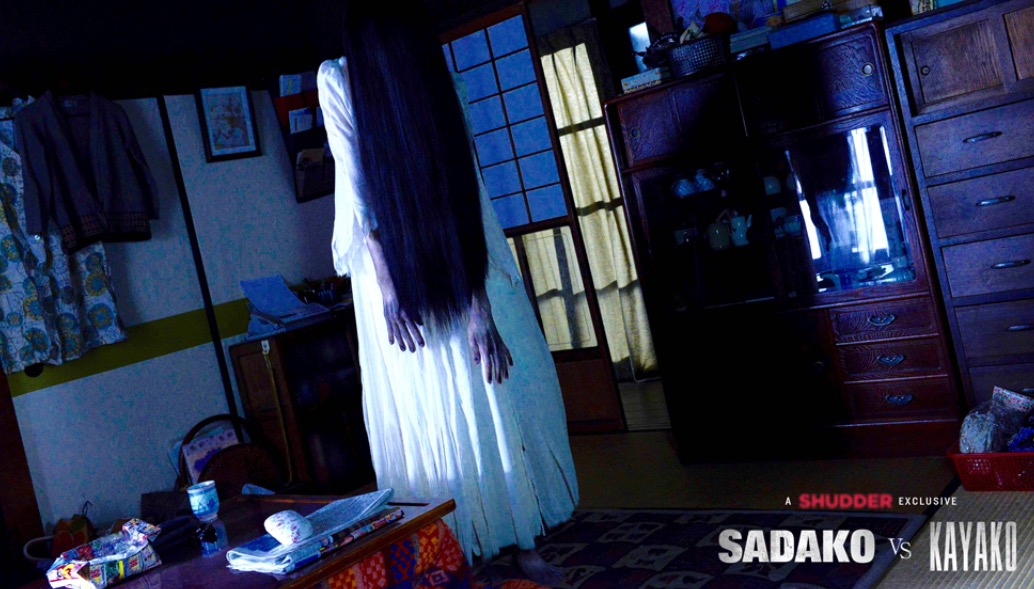 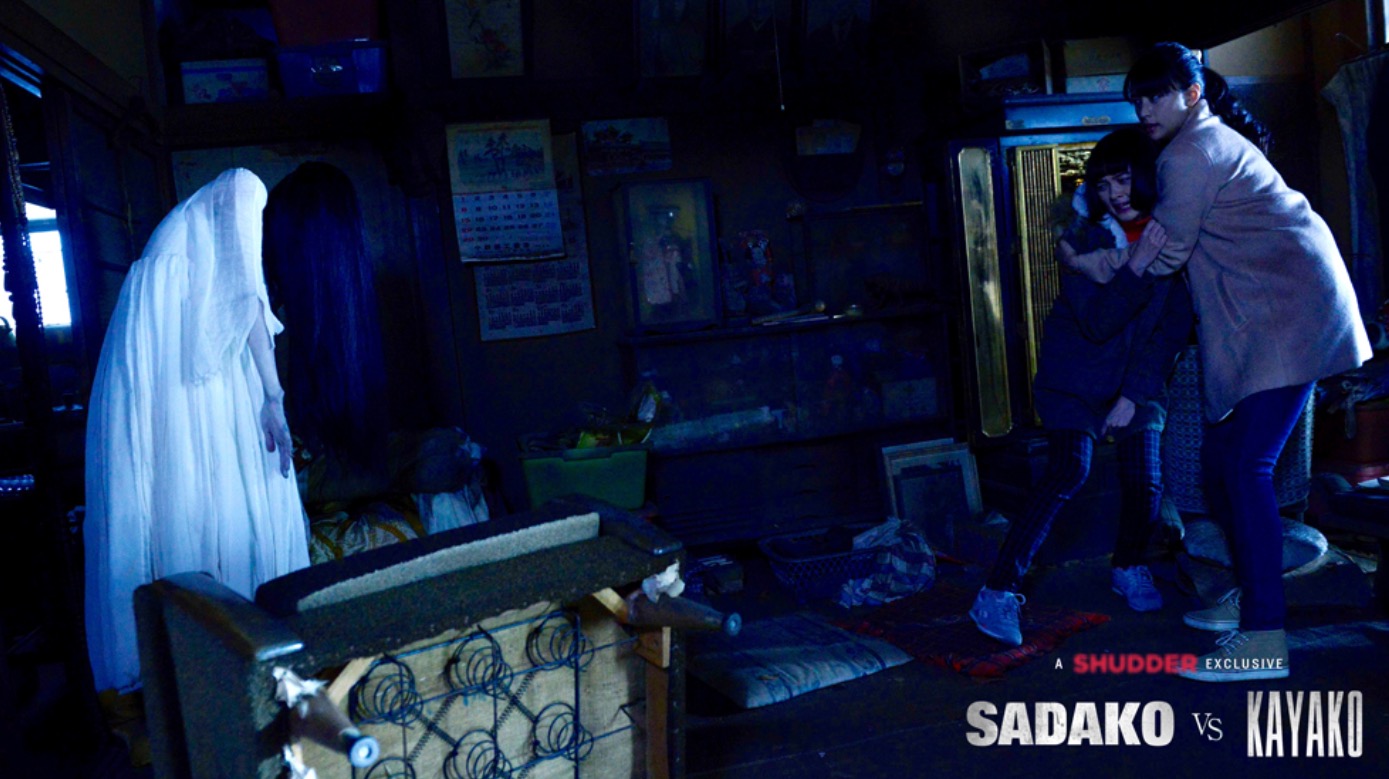 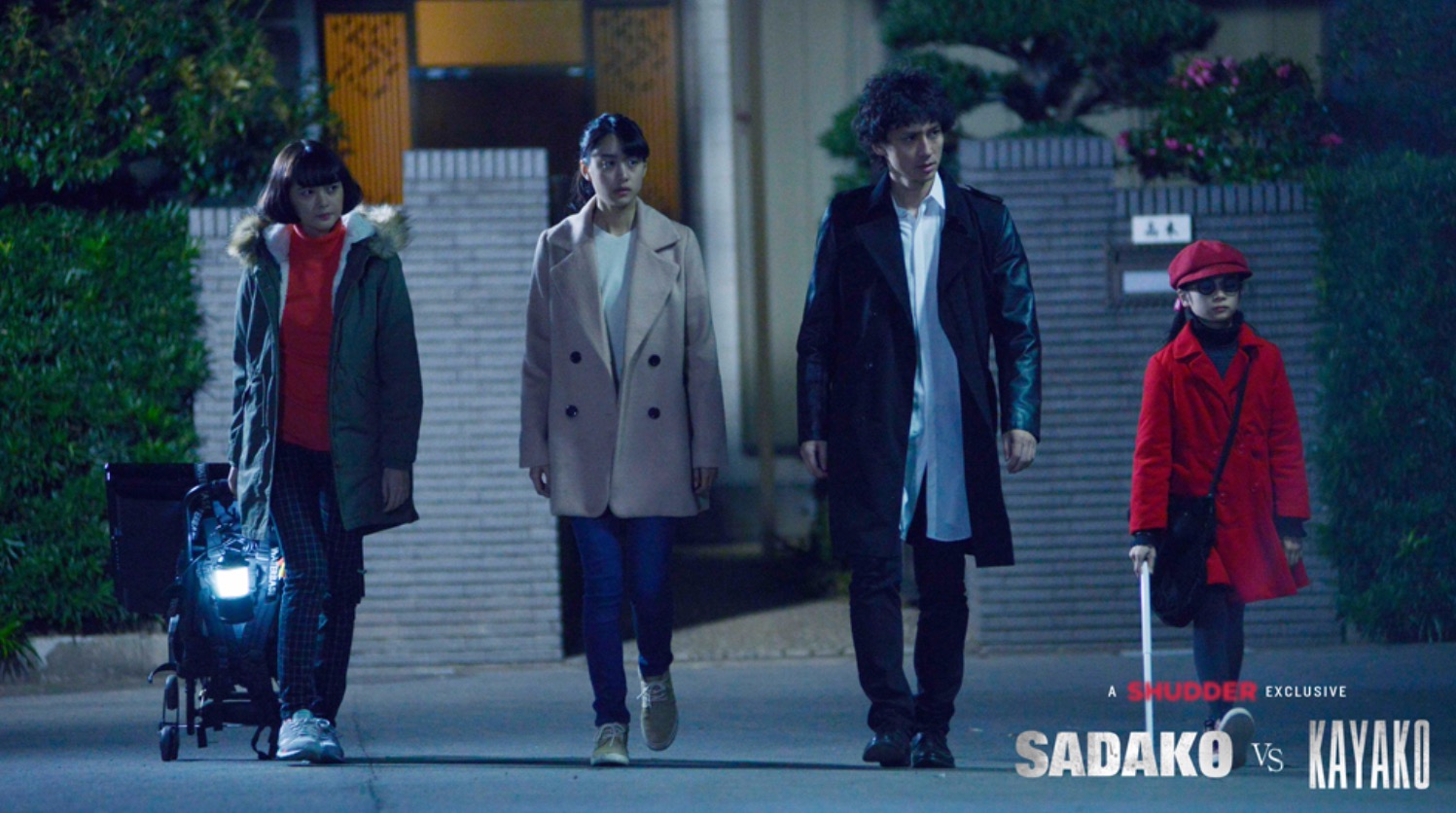 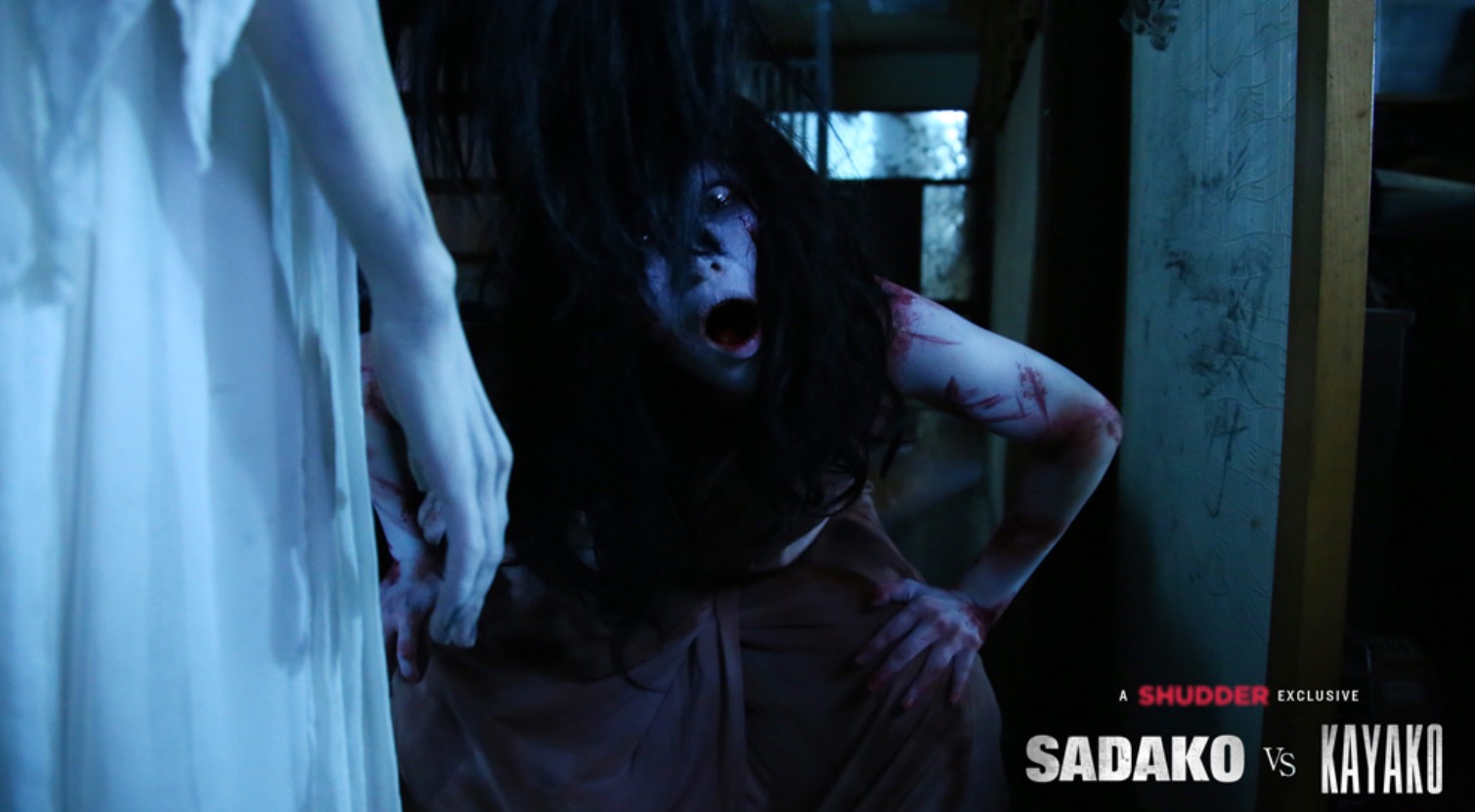 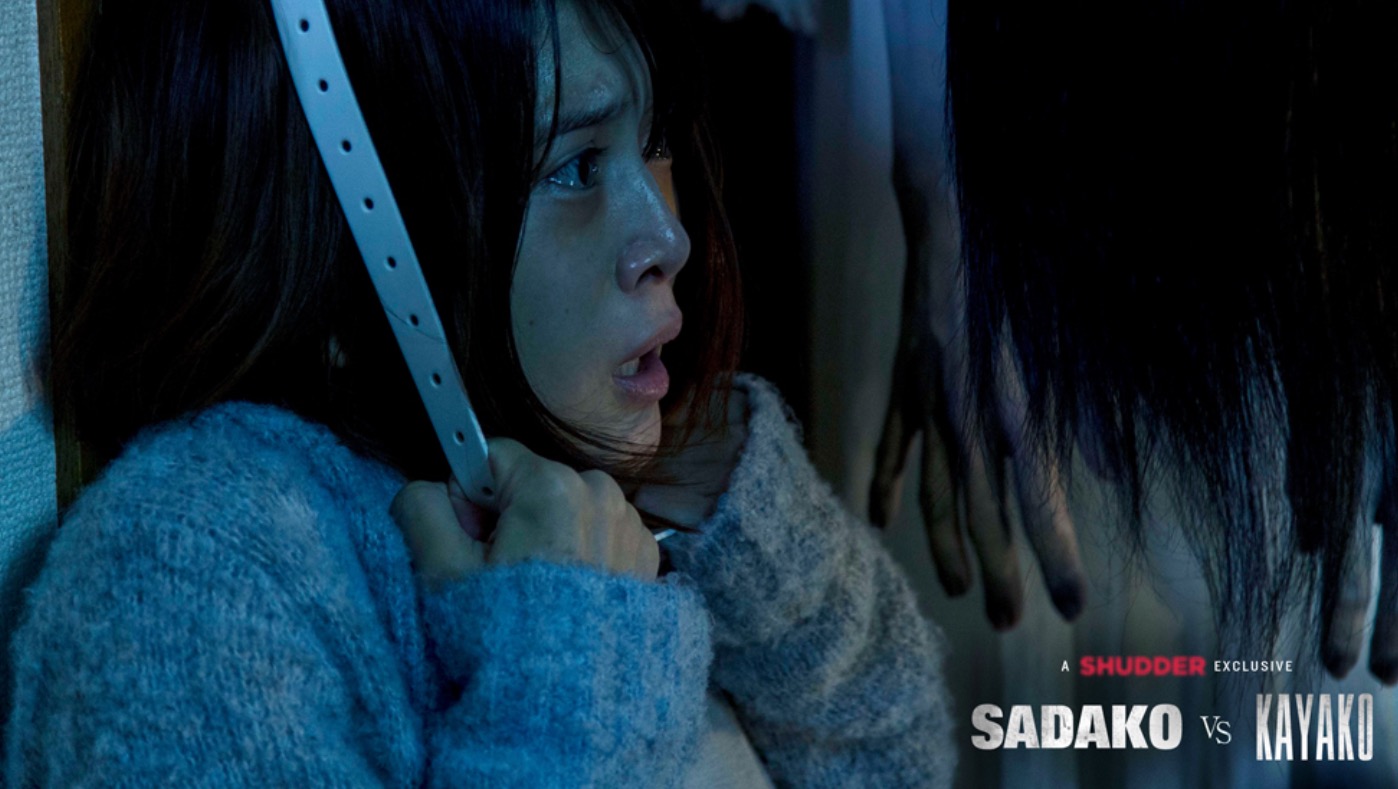 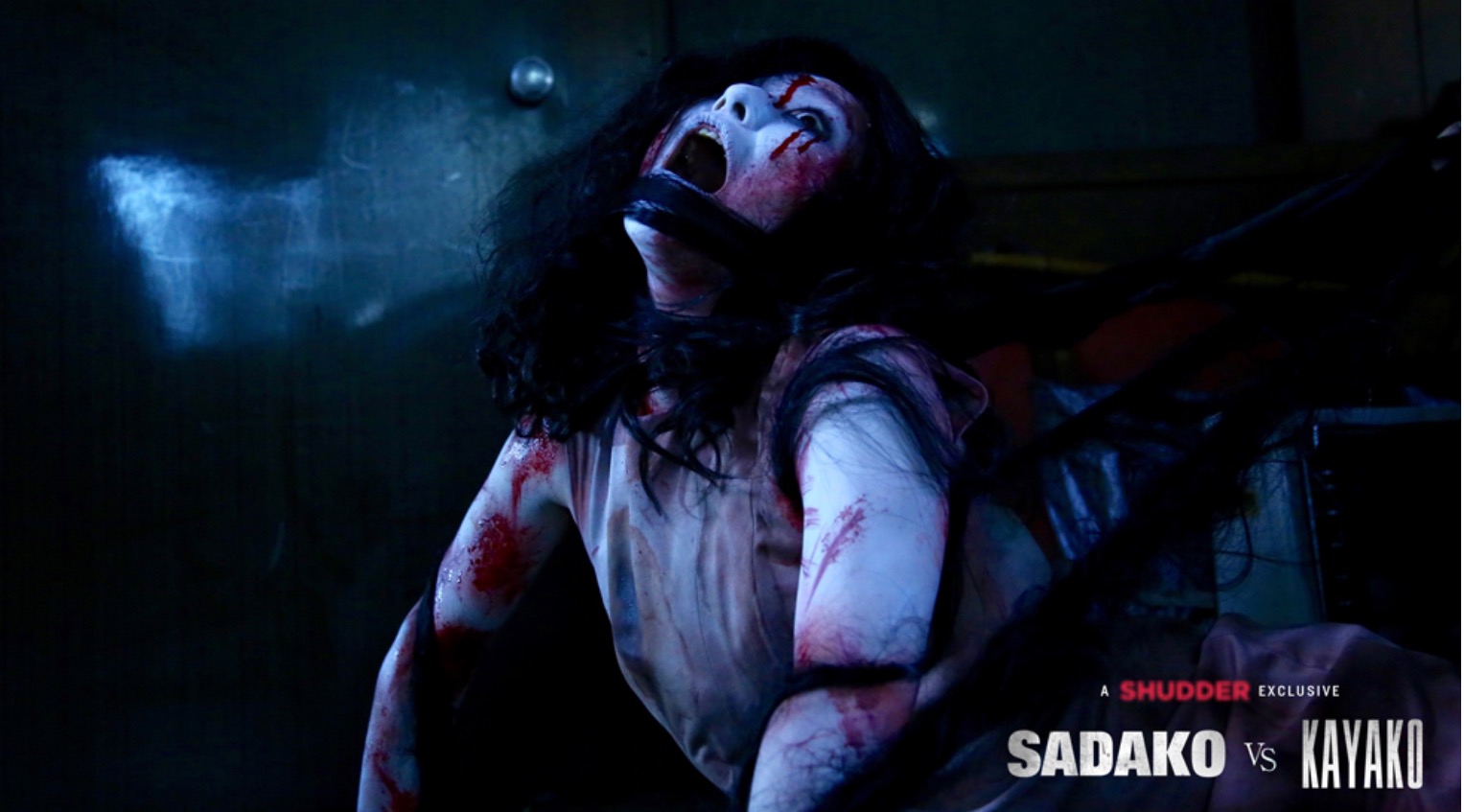 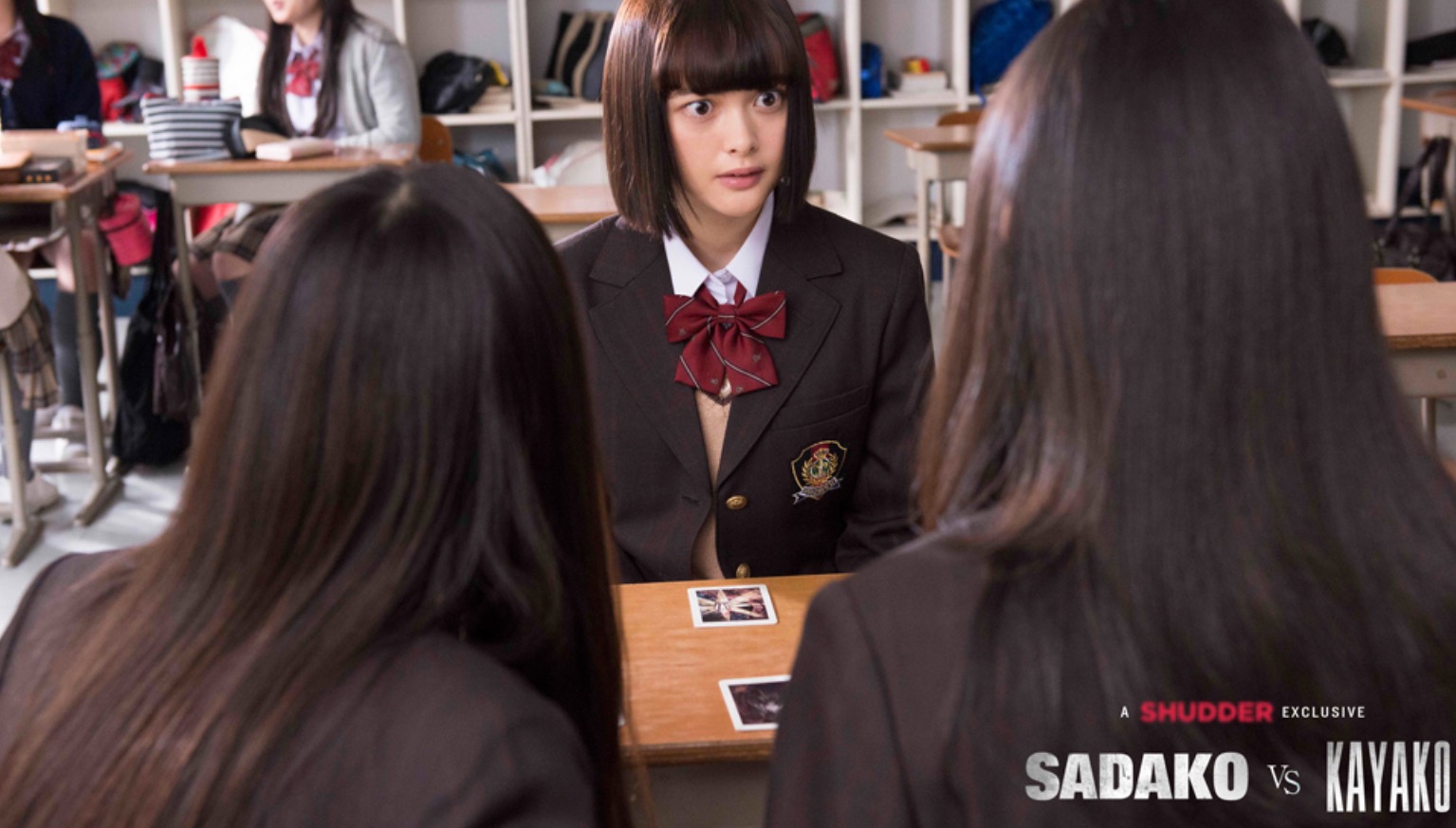 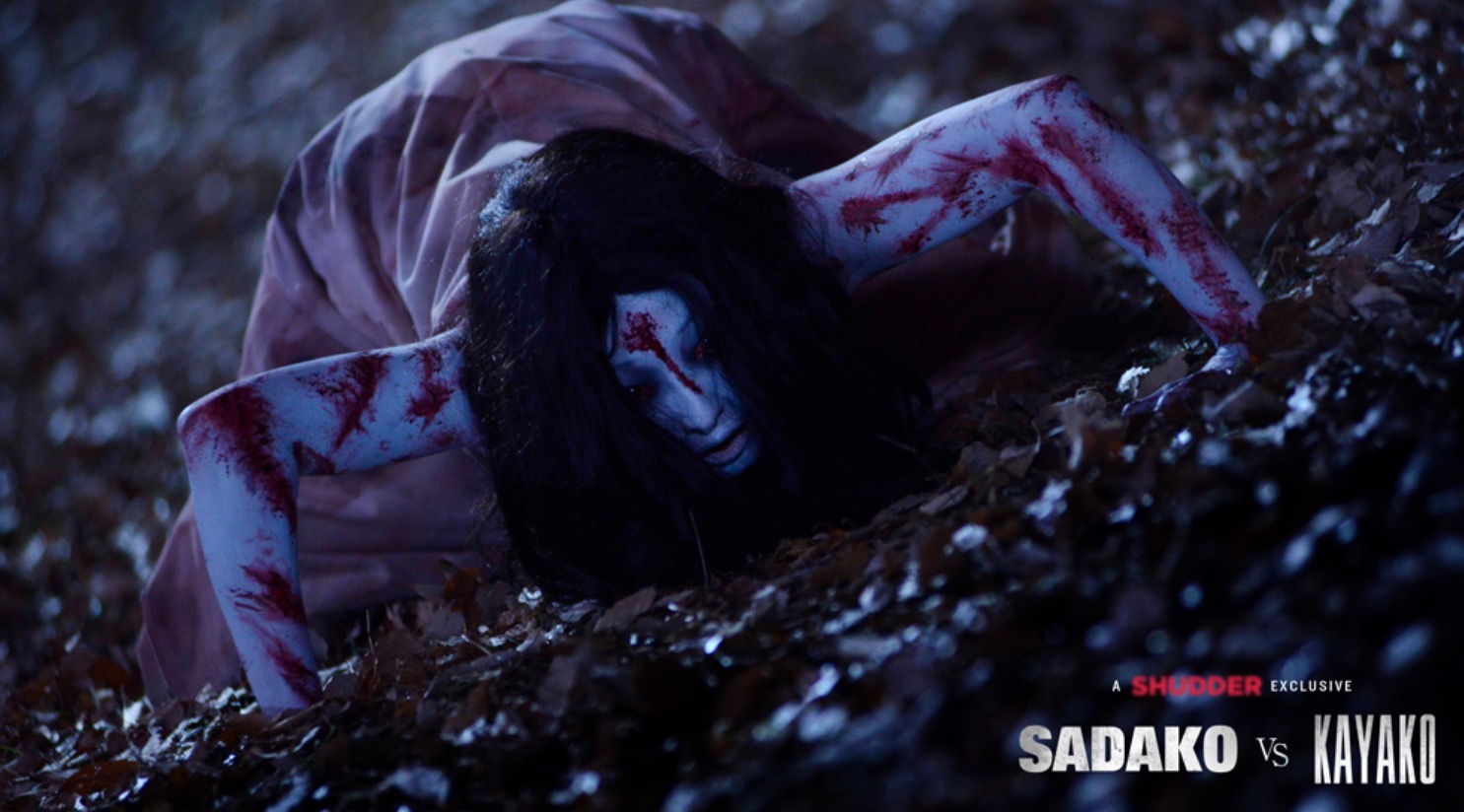 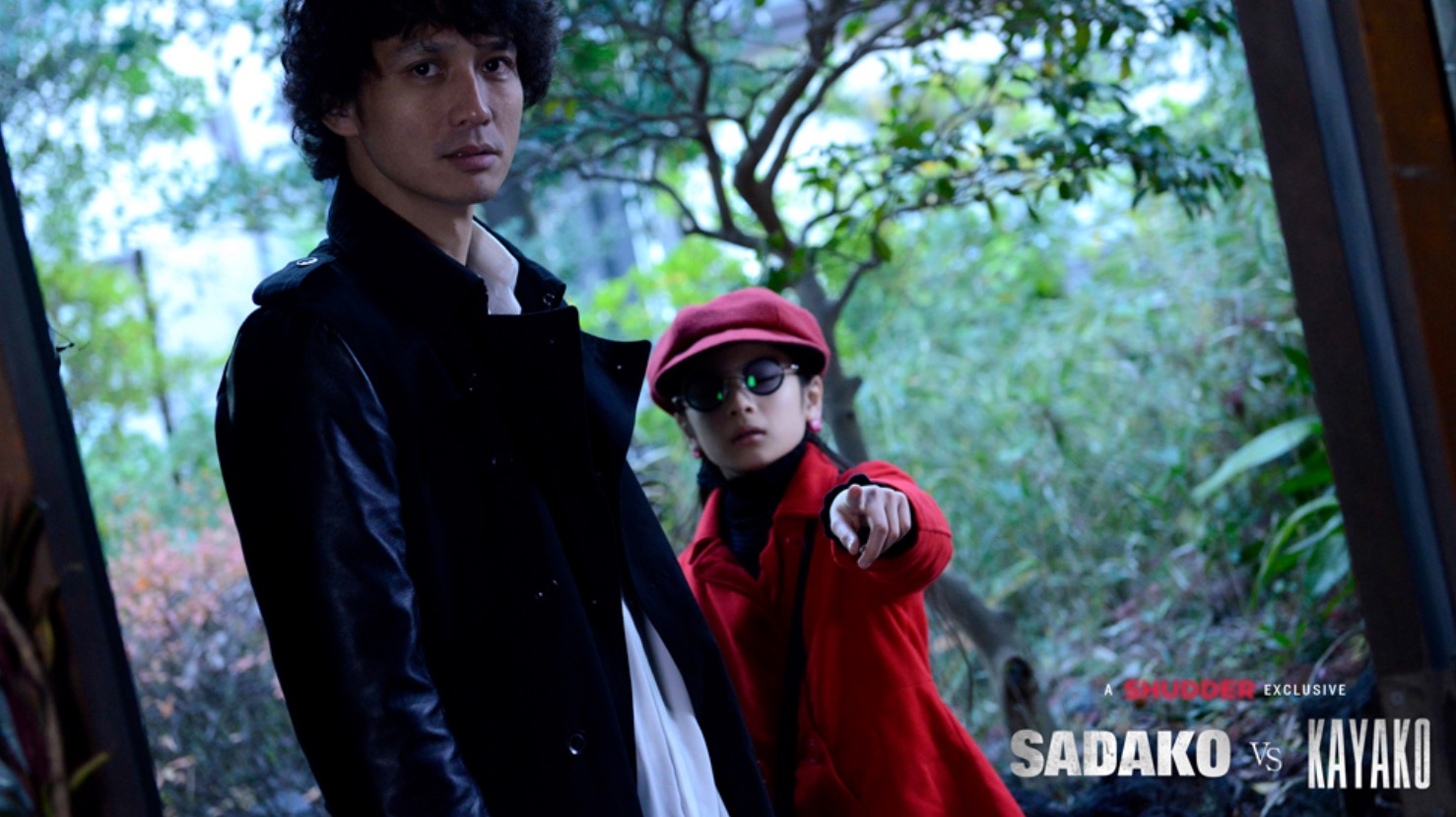 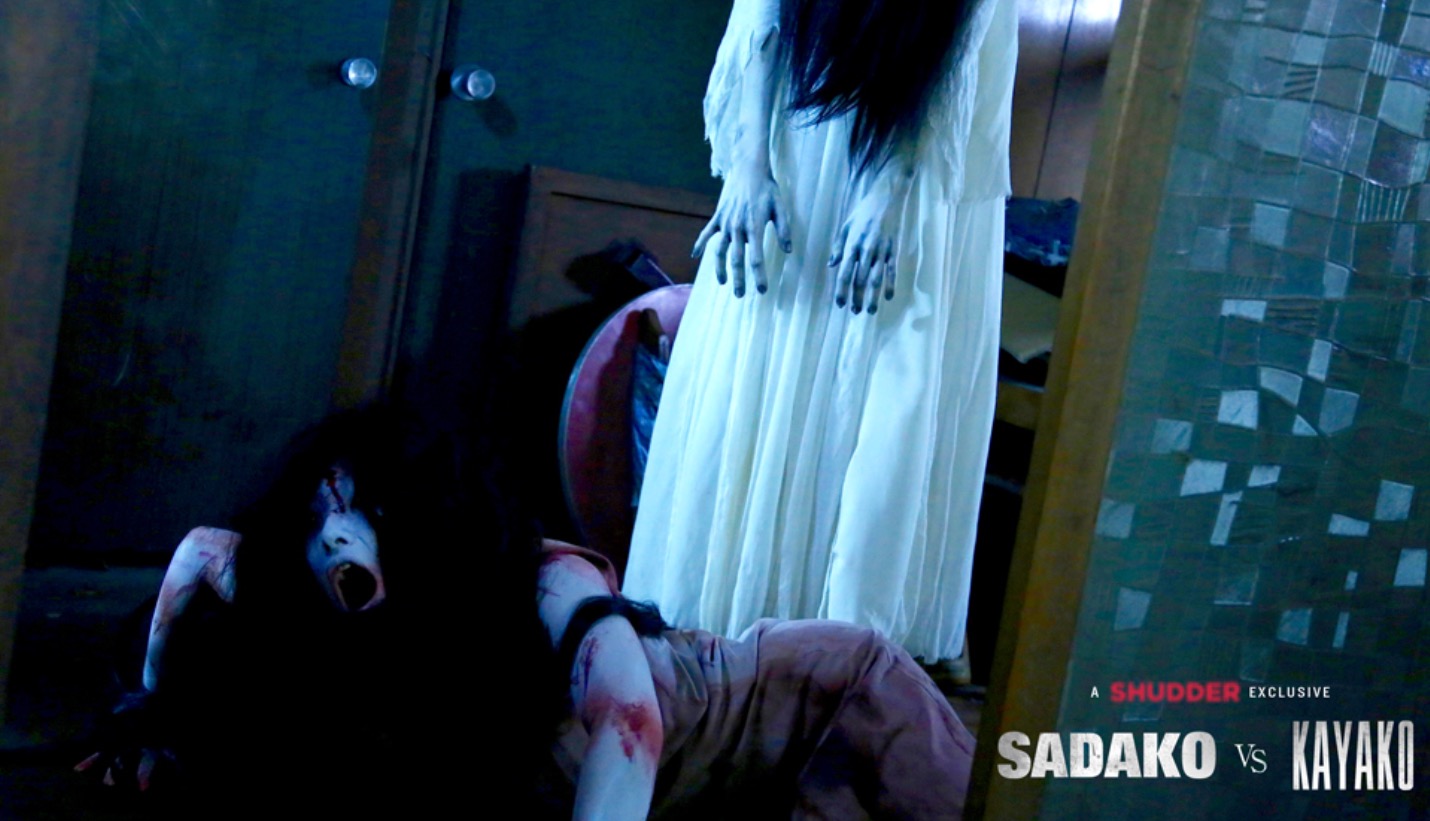 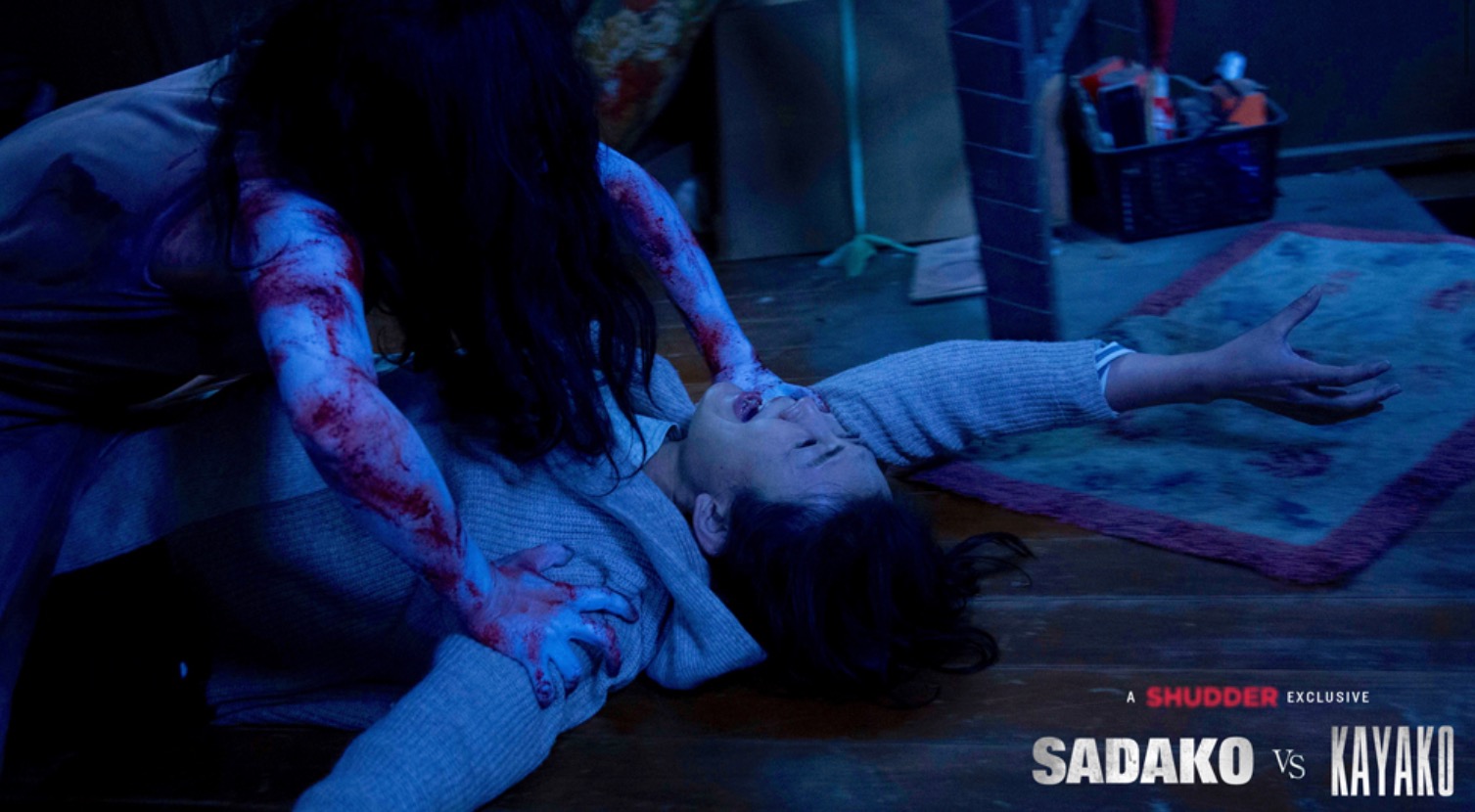 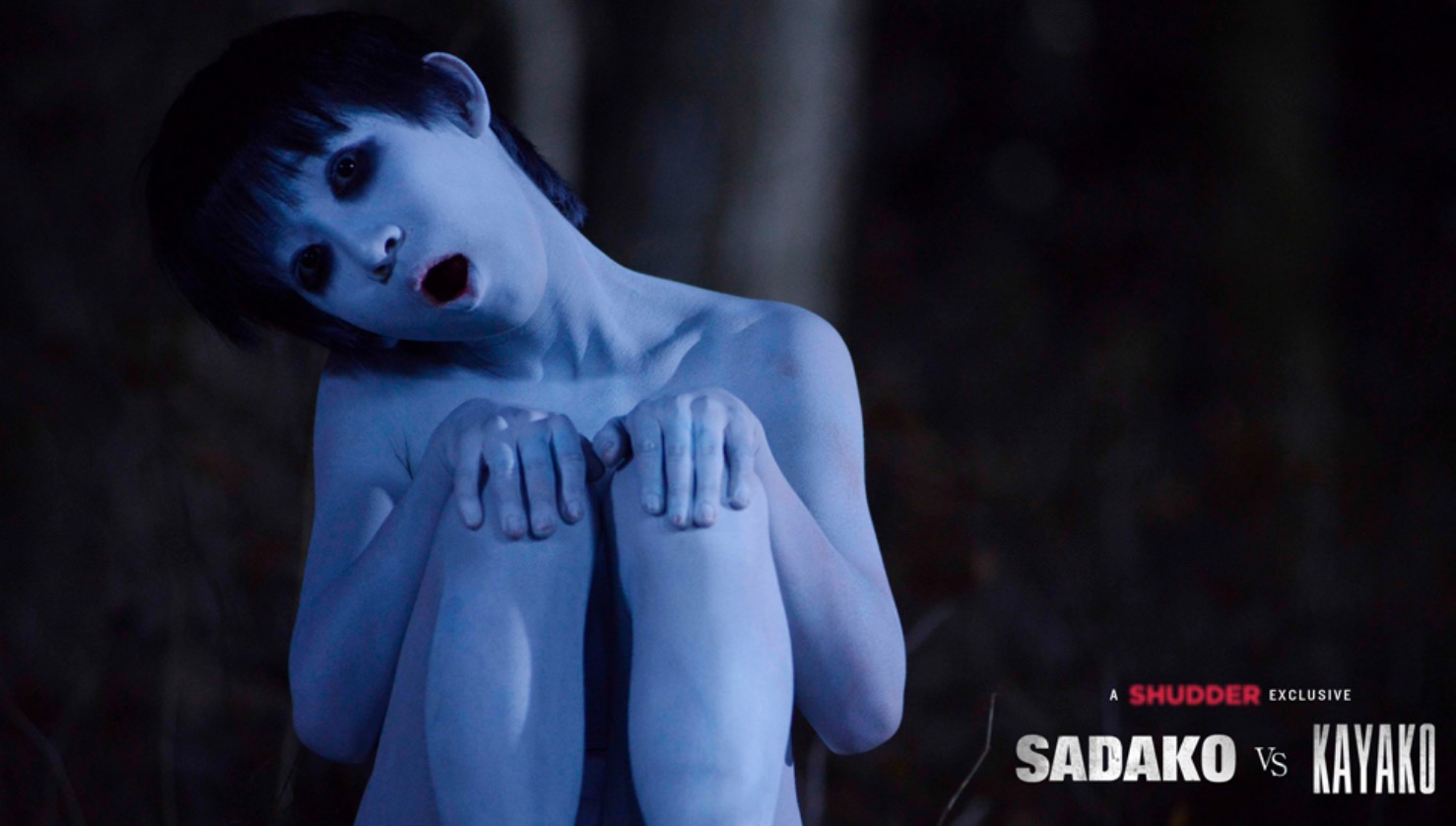 Sadako VS Kayako was directed by Koji Shiraishi (Carved: The Slit-Mouthed Woman, Grotesque), and you can watch the show-down now on Shudder.

SHUDDER is a subscription-based video service similar to Netflix, but one that is entirely devoted to horror offerings. It’s available via desktop, iOS and Android devices, Roku players and Roku tv models. You can also now watch Shudder on XBOX and Playstation through the VRV app. Subscription fees are $4.99 monthly and $49.99 for a year of SHUDDER, but 14-day free trial memberships are now available for a limited time.  iOS users can download SHUDDER from the Apple App Store, and Android users can download SHUDDER from the Google Play Store. Roku customers can visit the Roku Channel Store to add the SHUDDER channel to their Roku player or Roku TV model.

Visit www.shudder.com to sign up and for more information on the service and its offerings.