Tamara Glynn discusses her love of horror, her female role models, and her long-awaited return to acting in ‘The Possessed’ 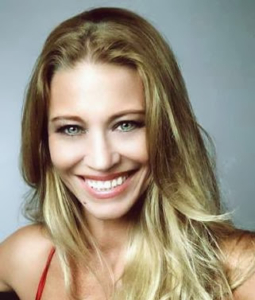 There are a handful of iconic, timeless, Horror movie franchises. Certainly, the Halloween films featuring the serial killer with the devil’s eyes, Michael Myers, is at the top of many horror fans’ lists. Carpenter and company created a legendary slasher series countless fans worldwide have embraced and will continue to adore for ages.

Tamara Glynn wasn’t aware how her life would forever be altered after accepting the part of Samantha Thomas in Halloween 5: The Revenge of Michael Myers in 1989.

Subsequent to several parts in various films and television series, as well as her first foray into fright features, Glynn seemed to take a hiatus from acting. She spent her time away from Hollywood at home in Arkansas, where she was deeply devoted to her family. She spent time tending to both her ill grandfather and sadly later, her mother — the person Tamara credits for introducing her to Horror. 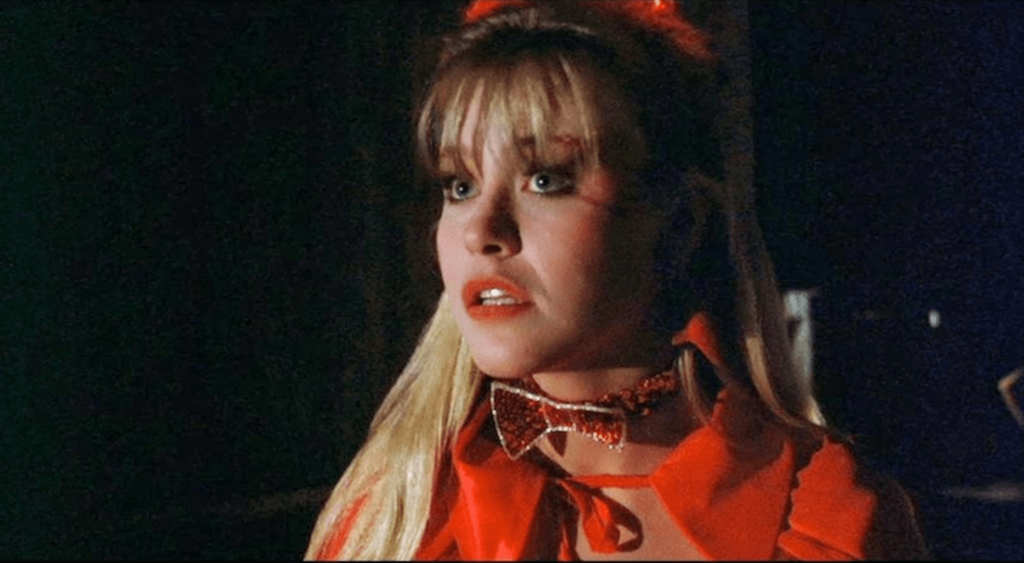 “My mother loved horror and used to let me watch movies with her. But she would always try to cover my eyes at certain parts.” We both laugh, as I reveal my love of film is due to my grandfather. He would do the same with me, covering my face with a pillow at scenes he deemed inappropriate. Movie watching with Mom was obviously cherished times for Tamara, as was her role of becoming extremely proud Mama to her son, Alexander. I don’t know if she began to write off her time in movies. But, as fate would have it, another chapter in her life is just beginning.

Many of us have a love/hate relationship with Facebook, and Tamara Glynn is no different. Her and I briefly joked about our feelings towards social media. However, it came to light that Facebook could be attributed to her ‘return’ to Horror. One day, while perusing the web, a gentleman by the name of Justin Beahm reached out to Tamara and simply asked how she was and what she was up to these days. Beahm mentioned that fans of the HALLOWEEN film franchise would love to be updated on how ‘Samantha’ was doing.

The actress revealed to me that, at first, she was not sold on the idea of fans particularly caring about her character, or her current going ons. But she soon found out how incorrect all of that was. 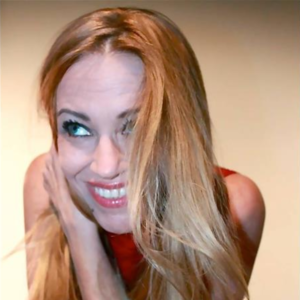 Glynn agreed to have Justin Beahm add her to a HALLOWEEN Facebook fan page. Very quickly, Tamara received tons of well wishers and friend requests. “I was shocked,” she stated. There was a brief pause from her. She seemed to be reflecting fondly on learning that, yes, in fact a legion of fans adore her. “I was really shocked.”  I asked her how it feels to be a part of something so special, namely the extended Horror family. Her response was heartwarming.

“It’s the greatest gift in the Universe, to meet fans I have impacted in some way. Life is supposed to be all about lifting others up, you know?  Meeting fans and hearing their stories is something awesome.”  Tamara’s voice cracks a wee bit from emotion. I could only imagine the pleasant and meaningful connections she must have made along the way with countless individuals. She genuinely enjoys looking at family and fur baby photos of fans and colleagues on social media — following with enthusiasm the progress some make in life, rooting for others, even mentoring a few.

At her first ever Horror Convention, which was at the 2013 HorrorHound in Cincinnati, Tamara was “blown away.”  She was completely taken aback with how friendly, loyal, and dedicated the casts, crews and fans of Horror really are. 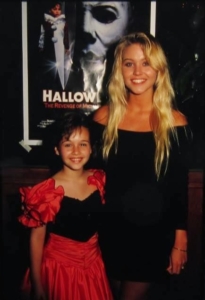 I agreed wholeheartedly, remembering my first con and how amazing it felt to be amongst so many like minded folks…being able to meet legends of the industry. This led me to ask who Tamara looks up to in the genre. Almost without skipping a beat, she replies, “Mary Lambert, the director of PET SEMATARY.  She is also a native of Arkansas, you know?  And Danielle.  Danielle Harris has really impressed me throughout the years.”

I almost forgot that Harris was just a child at the age of 12 when she co-starred with Glynn in Halloween 5: The Revenge of Michael Myers. Tamara and I then begin to banter about Women in Horror and quickly come to realize we share some of the same ideals.

“The Indie filmmaking world is rough, and we need to embrace each others works, help one another find work on projects, promote, assist in getting the best distribution deals possible, hire us fellow ladies for crew and post production.”  I’m nodding my head furiously ‘yes’ as if she can see this over the phone, then realize I’m doing so.  “Yes!” I emphatically state.  “Technology is on our side in regards to us small-framed females. We now have the ability to own and operate equipment, which would have been difficult in the past. Cameras are lighter and more user friendly, as is lighting and sound gear.”

Overjoyed she sees things as I do, I ask about the Hot Springs Horror Film Festival held in Arkansas, which Glynn co-founded with beau Bill Volland in 2013. “It was our way to try to have something aspiring filmmakers could use to their advantage,” says Tamara. “It focuses heavily on workshops, networking, troubleshooting, and promotional opportunities.”  In short, it seemed Volland and Glynn rallied with other Industry workers to help develop a grass roots campaign of sorts to assist in a film festival geared towards the fledging creators, which is quite admirable and needed, in my opinion.

The Hot Springs Horror Film Festival has hosted some stellar films in the last few years, including Darren Lynn Bousman’s haunting Abattoir, Justin Seaman’s The Barn, and even the animated Howard Lovecraft and the Frozen Kingdom. I’m excited to see what other additions to the genre they can help the masses enjoy.

But something coming our way later this year via Tamara Glynn is not only another starring role in horror, but her first endeavor into producing, The Possessed. 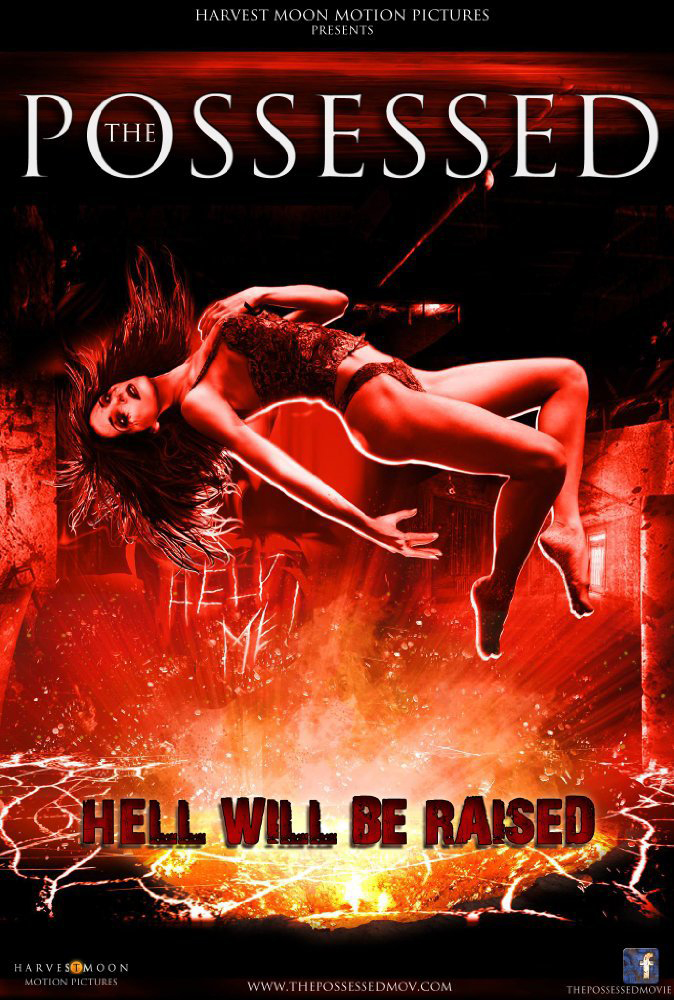 Coming from the mind of writer and director Shawn Anthony (Tales of Terror, Blood Loss), this promises to not be just another generic possession film to scoff at.  Anthony became the CEO at Harvest Moon in October of 2015 and owner of SQ Horror Magazine.  The Possession has a strong, heroic female lead standing tall against an army of evil, within the historic backdrop of New Orleans.  But what is really different is the fact that this lead, Ruby (played by Jessica Felice), is a semi-flawed personality, having to make a dire decision under serious duress and in a time of drastic darkness.

Glynn admitted that the story, the female protagonist, and the obstacles the character faces during the story intrigued her. But, what really struck her was the passion creator Anthony conveyed when pitching the film to her. Tamara’s part in The Possessed was originally just a cameo. But further conversations between Shawn Anthony and Tamara Glynn paved the way for a formidable team up on this film. 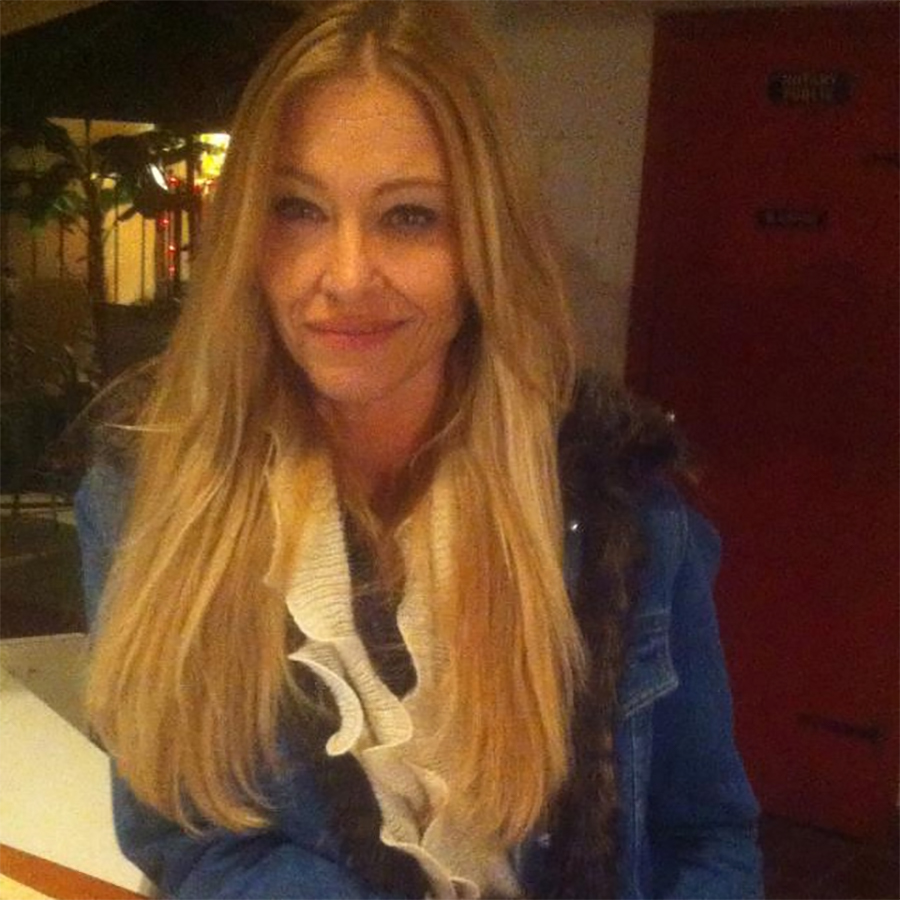 “I’m more than honored to work with Shawn on this…and the cast! Oh my goodness!”  Oh my goodness is right!  Anthony managed to assemble a cast from some of the most well known and well loved horror franchises out there. The talent attached to this project include Lisa Wilcox from the A Nightmare On Elm Street film series, Rico Ross from the Alien film installments, Tamara Glynn from Halloween, and Bonnie Aarons from The Conjuring 2.

“I’m excited, elated, nervous, and honored,” Tamara says in regards to working on THE POSSESSED with Anthony and company. “I’m confident we can deliver something fans will appreciate. It’s a supernatural thriller with really wonderful writing and unexpected dark comedic elements.”

Tamara explains how impressed she was with the dialogue between some of the characters, including the well-timed comedy combined with the legitimate scares. She is careful not to reveal too much so as not to ruin the surprise and suspense of The Possessed, which is slated for a late 2017 October release.

As I wrapped up my incredible conversation with the delightful Tamara Glynn, I asked how she felt filming in the notoriously haunted city of New Orleans, the delicate subject matter of The Possessed, and her feelings on the alleged “cursed” sets of The Exorcist and Amityville. “I will tread respectfully, lightly, and not out of fear. I have never visited New Orleans before, but am very excited to. I know of the Voodoo and history, and we will be there during Mardi Gras as we film,” said Glynn.

I don’t doubt the cast and crew of the upcoming supernatural release The Possessed will have a blast in New Orleans.  I even encouraged some debauchery, but this is a wonderful soul we are speaking about here. Learning that such a beloved genre actress has also had personal unexplained experiences (hearing strange noises, sensing someone watching her) — even finding perfectly preserved arrowheads reminiscent of Poltergeist near her home in AK — truly intrigued me. Her love of Unsolved Mysteries and True Crime, her need to help other creators, and her extremely kind and caring nature is overwhelmingly endearing.

Good people do still reside in the filmmaking industry…it’s all in where you look.