Breaking news from Friday’s Comic Con! Adam Wingard’s The Woods’ has been revealed to be really a stealth third installment to the Blair Witch Project horror franchise. At comic con Friday, the name of Wingard’s film was changed to the simple and catchy Blair Witch. The name change, in turn sparked fans horror fans

“Blair Witch” centers on a group of college students venturing into the Black Hills Forest in Maryland to uncover the mysteries surrounding the disappearance of the sister of one of the students — who many believe is connected to the legend of the Blair Witch. At first the group is hopeful, especially when a pair of locals offer to act as guides through the dark and winding woods, but as the endless night wears on, the group is visited by a menacing presence.

It’s been 16 years since The Blair Witch Project’ first made its debut in 1999 making a whopping $248 million + worldwide. It’s sequel, released in 2002, made a drastically less amount of money making a mediocre $48 million worldwide. The original film followed three film student’s (Heather, Donahue, Joshua Leonard and Michael C. Williams) who ventured into a small town to discover more information on a legendary local murderer, The Blair Witch. After several days of research, the students made their way into the woods and uncovered something horrifying. 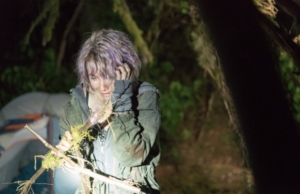 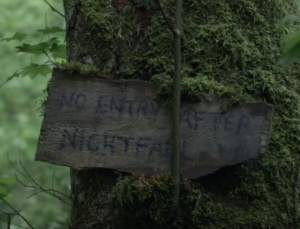 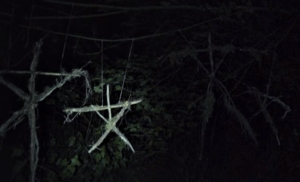 It won’t be long though for the release! Blair Witch’ hits theaters September 16th!